Ashley Mediation Centers (“AMC”) provides mediation services to its clients in the resolution of complex disputes at neutral facilities in Los Angeles County, San Diego County, Orange County, Riverside County and San Bernardino County.  AMC was founded by Fred Ashley, an attorney-mediator with over fifteen years of experience in the field of alternative dispute resolution (“ADR”).  Mr. Ashley has conducted hundreds of mediations throughout Southern California, and dealt with a wide array of factual and legal issues.   He also has over twenty-five years of experience as an attorney in the representation of plaintiffs and defendants in complex employment and business related litigation.

Over the years, Mr. Ashley has determined that no single model of conflict resolution is appropriate in all circumstances. He has also discovered that different approaches to mediation can often be effectively mixed in the same negotiation. As such, he adjusts his mediation style to fit the nature of the dispute, the personalities of the parties, the type of relationship that exists between the parties, and the stage of the process in which he finds himself.  In so doing, he draws upon his broad range of life experiences, his interpersonal skills, his ability to overcome acrimony, his in-depth knowledge of the distributive bargaining process, his capacity to engage the parties in a collaborative problem-solving endeavor, and his facility at closing deals.  He does not give up in the face of adversity, and carries forward with the mediation process so long as there is any possibility of achieving a resolution of the dispute.

In a litigation context, Mr. Ashley makes use of his knowledge of the substantive areas of law in issue in any dispute he is called upon to mediate.  He does not employ such knowledge strictly as a means of pontificating regarding the probable outcome of a litigated matter.  He rather uses his knowledge of the law as a means of engaging the parties in a dialogue regarding the strengths and weaknesses of their respective positions and the uncertainty of anticipated litigation outcomes.  As a result of such interaction, parties are frequently able to work through the emotions and personal conflicts that may stand as barriers to settlement, and resolve their dispute based on their best legal and/or business judgment.  At the end of the process, the decision of whether to settle a matter, or proceed with litigation, remains one to be voluntarily made by the parties, with the advice and assistance of their counsel.

Mr. Ashley is often called upon to conduct mediations of disputes which have arisen as a result of an employer allegedly having taken a wrongful adverse action against an employee (e.g., a termination, layoff, demotion, salary reduction, etc.).  On some occasions, these mediations involve claims that, in taking such action, the employer breached an express or implied contract, or the implied covenant of good faith and fair dealing in a contract.  More frequently, they pertain to claims that the employer wrongfully terminated, or took other adverse action against, an employee in violation of fundamental public policy or the federal and state laws against discrimination, retaliation and harassment.  The latter variety of claims frequently involves allegations of: (a) sexual harassment; (b) age, race, sex, pregnancy, disability, religious, or sexual preference discrimination; (c) retaliation for complaining of unlawful discrimination or harassment; and/or (d) a failure to grant an employee a leave of absence, or to reinstate him/her to the same or a comparable position at the end of a leave.  These claims are also frequently joined with claims that the employer defrauded the employee, defamed him/her, invaded his/her constitutional right to privacy, and/or intentionally inflicted emotional distress upon him/her.

Because these cases generally involve claims of wrong doing and evil motive, they often give rise to great emotion and interpersonal conflict between the parties and attorneys.  It takes a high level of skill and tenacity to work through these obstacles to settlement to get the deal done.  Mr. Ashley succeeds like few California neutrals.

During his years as a litigator, Mr. Ashley represented both employers and employees in cases involving claims of violations of the wage and hour laws and California Labor Code.   He has frequently drawn on this experience as a mediator in assisting parties in resolving complex litigation involving such claims.  He has also frequently served as a neutral where such claims have been brought by an individual on his/her own behalf and on behalf of others pursuant to the Unfair Competition Law and/or Private Attorney General Act.  Mr. Ashley’s knowledge of these laws and class action procedures has proven invaluable in helping parties to resolve such disputes.

Mr. Ashley also relies heavily on his recognized expertise in the field of business law in the mediations over which he presides.  Such mediations often involve claims that a party breached its obligations under the terms of a commercial contract.  Other mediations involve disputes relating to: (a) intellectual property; (b) partnership dissolution; (c) insurance coverage; (d) antitrust and trade regulation; (e) unfair competition; (f) professional liability; (g) collection matters; (h) product liability/negligence; (i) fraud/deceit; (j) product defamation; (k) environmental regulation; and/or (l) whistle-blowing under the Qui Tam statutes or Sarbanes-Oxley Act.

While one might expect that disputes between business people would promote less emotion and hostility than one regularly sees in other areas of the practice of law, such is not always the case.  Where large amounts of money and/or the future of businesses are at stake, passions often rise.  However, because disputants frequently find themselves in an on-going relationship, opportunities often occur in a business mediation to enlist the parties in a creative problem-solving enterprise.  It is by looking for, and exploiting, these opportunities that Mr. Ashley frequently succeeds in resolving business disputes where others may have seen no chance for a settlement.

Other Areas of Practice

In addition to the foregoing, Mr. Ashley is also frequently called upon to apply his knowledge of the substantive law and skills as a mediator in facilitating the resolution of disputes in the following areas:

• Insurance Coverage and Bad Faith: Including scope of policy, failure to tender payment, refusal to defend or indemnify, and bad faith practices

No matter what the subject of the dispute, AMC ’s clients can be assured that Mr. Ashley will have done his homework in advance of the mediation, and come fully prepared to perform his role as the mediator.  The bottom line is that if you want to resolve your dispute, Fred Ashley should be the mediator-of-choice.  You will not find an ADR neutral in Southern California with greater knowledge, experience, skill or dedication to bringing about a successful conclusion to the mediation process. 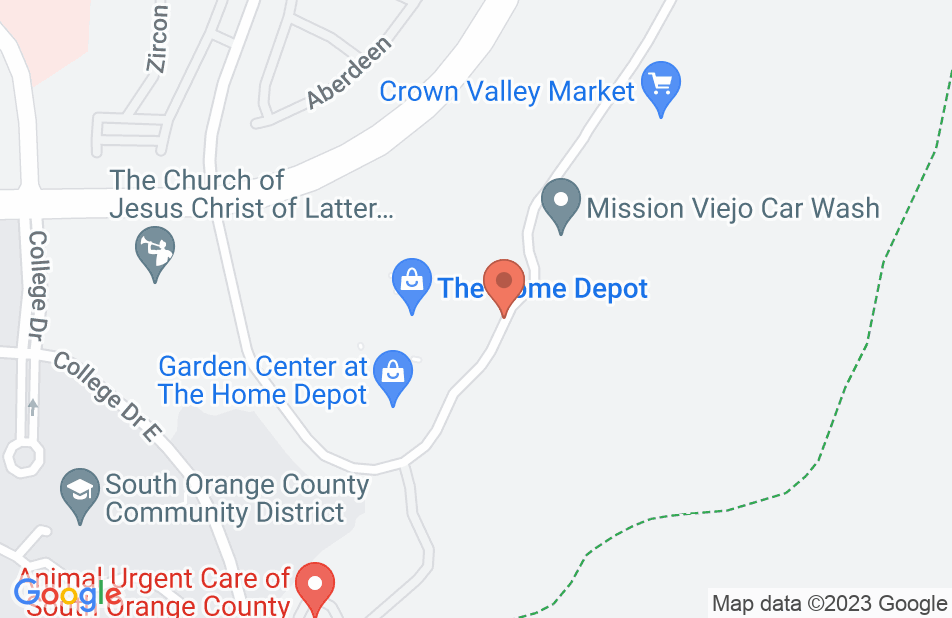 I endorse the work of this neutral. Particularly impressive is his careful preparation for mediation. He personally conducts research on the legal issues presented, and shares the research results with the parties. Fred’s mastery of the facts and the law makes him a very effective mediator.

Mr. Ashley is one of the most exemplary and extraordinary attorneys that I have encountered in 24 years of practice. Despite being a judge, magistrate, prosecutor, and private attorney for nearly two and a half decades, I continue to learn valuable information from his posts every day. I would highly recommend.

I endorse Fred. He is a respected member of the Orange County legal community. He has a reputation for being a very fine mediator.

I have been on the other side of the table in employment litigation with Mr. Ashley, but I greatly respect his ethics and competence, and I therefore have on several occasions referred him potential clients because I know that he will give them good advice and if they have a legitimate case, he will procecute it quickly, diligently, and in a cost-effective but very professional manner. He is a highly respected opponent.

I've known Mr. Ashley personally and by reputation for over a decade. He is incredibly experienced, caring, smart and competent. I would trust his opinion on any employment or mediation matter that came his way. Great guy!

I endorse this lawyer. Fred is very effective as a mediator, and has worked well into the night to "get it done" in several difficult cases for me over the years. Having handled cases from both the employer and employee side of the aisle, he relates well!

Dennise Smith, Employment and labor Attorney on Oct 21, 2010
Relationship: Worked together on matter

Fred is the top mediator in the community and is extremely well-versed in labor and employment issues, mediation ethics, and litigation damages. His fees are reasonable and he does excellent work. I highly recommend Fred as a mediator.

Fred was an astute and effective mediator on a difficult case. Keep the parties focused on issues instead of personalities, and got the job done.

I endorse this lawyer's work. I have used Fred in several mediations and he is excellent - very effective in all ways.

Marla Robinson, Employment and labor Attorney on Oct 19, 2010
Relationship: Worked together on matter

Our firm regularly uses Fred for employment mediation. He is an excellent mediator which means he is well versed in the law and able to point out the strengths and weaknesess in each sides case to help reach a settlement.

I endorse this lawyer's work. Fred is one of the most experienced, knowledgeable lawyers in our community and a well respected mediator of legal disputes.