After passing the California Bar Examination in 2015, Mr. Nawaey opened his solo practice in downtown San Diego. He focuses on civil litigation, including contract, landlord/tenant and business disputes. During the past year of practice, Mr. Nawaey has successfully helped several clients avoid and settle serious lawsuits that could have crippled them financially. Mr. Nawaey has also helped clients avoid future potential lawsuits by guiding them down the right path. 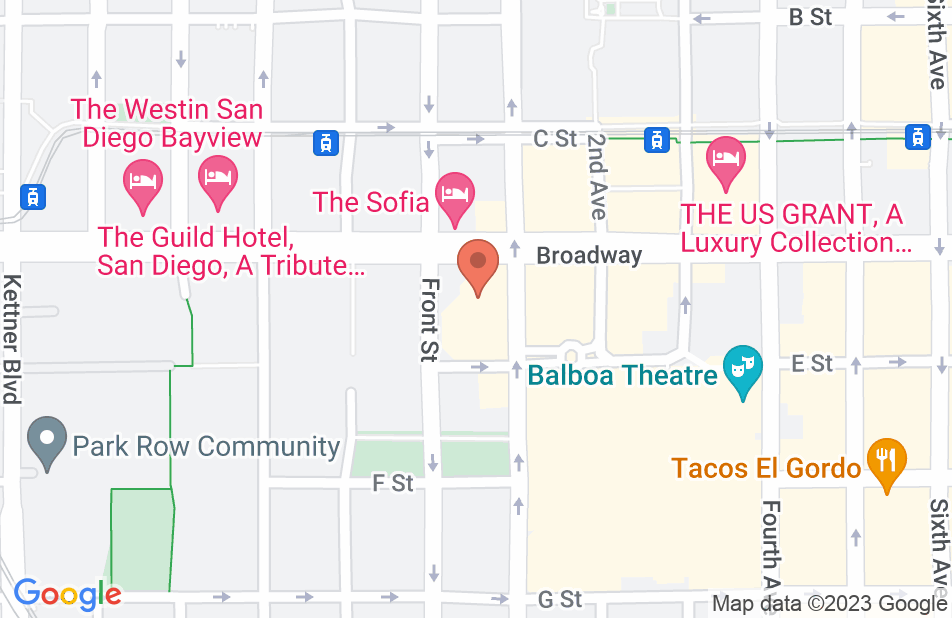 Macyh is very professional and personal with his client. He worked with me over the phone since I travel for work and would returned phone calls immediately. Macyh was open and honest about my injury case and what to expect. He was able to win my case without any issues. I wouldn't hesitate to use his law office if needed again. Highly recommended!
This review is from a person who hired this attorney.
Hired attorney

Macyh was my attorney for a personal injury case. I have worked with a lot of different attorneys in my day, but Macyh has to be among the best. His communication skills are superb and he gets results. Within a matter of months, my case was successfully settled and he kept me posted every step of the way. I cannot remember when I have seen a harder working individual -- attorney or otherwise. I would highly recommend him for anyone seeking such representation.
This review is from a person who hired this attorney.
Hired attorney

After I got in a serious car accident I called the insurance company to file a claim. I was shocked at how rude and unprofessional they were. I decided to get lawyered up and I called SD Lawyer. Macyh was great and took care of everything. He also got me a nice check at the end!! I highly recommend him!!
This review is from a person who hired this attorney.
Hired attorney

I was involved in a car accident on December of 2015. I spoke to several attorneys who either told me that my case was too small or that they could not help me without giving me any reason. Attorney Nawaey treated me like family and got me more than I imagined. He has a great system of doctors in place who made sure I was back to 100%. He is the most honest and hard working attorney I know.
This review is from a person who hired this attorney.
Hired attorney

Macyh was very helpful during this last month. He was honest and direct with us throughout and we really appreciated that. Sometime he had bad news and sometimes he had good news but either way he always kept us updated and answered any questions we had. He did a great job on our case. I will recommend him to all my friends and family.
This review is from a person who hired this attorney.
Hired attorney

I have trouble trusting lawyers. I was hesitant at first but Macyh was so cordial and professional. I was impressed by his ability to produce answers to any legal question I asked. I will be calling him in the future.
This review is from a person who hired this attorney.
Hired attorney

I hired this attorney for an ongoing case that is still pending. I cannot give any case details (as he has advised against it) but I can say he is someone who goes above and beyond. He works fast (very fast) and keeps you informed every step of the way. I am extremely impressed by his ability to frequently calm my nerves about my situation and discuss alternative plans with me. I truly believe he has a gift in that.
This review is from a person who hired this attorney.
Hired attorney

So kind and helpful

Macyh helped me draft and review a contract for my personal business. I did not have the funds to pay him to fully draft a contract for me. However, he was kind enough to guide me on the basics and review it for me after for a price we were both comfortable with. I truly appreciate his willingness to work with me on my budget.
This review is from a person who hired this attorney.
Hired attorney

I purchased a used car from a local dealership I thought I could trust. The salesman was full of promises but when my car broke down just two weeks after owning it, he ignored all my calls and e-mails. I barely drove it as my wife and I were gone for most of that time on a cruise. In just 8 days, Macyh was able to get my full refund back to me and an apology from the dealership. They would ignore my calls, but obviously they wouldn't dare ignore his phone call. I appreciate that Macyh began working on my case right away and that he kept me updated in every single step of the way. He was able to solve this in a short amount of time which helped avoid additional legal costs. It was a refreshing experience and I am proud to call him my lawyer.
This review is from a person who hired this attorney.
Hired attorney

I am the owner of an apartment complex in southern San Diego. I had been dealing with some nasty tenants for years and was frankly tired of it. I was told to reach out to Macyh from a friend who had previously hired him for some business matters. I was fed up from dealing with poor-quality attorneys in the past. I am 67 years old businessman, so I have had my fair share of lawyers. When I met Macyh he left an impression just after the first meeting. He listened to what I was saying and asked questions which showed his depth in assessment. He addressed each concern and problem in detail. His attention to detail and ability to break down the law was extremely helpful. In under one-hour, he mapped out ways I could keep the tenants I liked and get rid of the ones who were decreasing the property value by causing physical damages to my complex. I was scared of dealing with possible lawsuits down the line. However, after hiring Macyh I felt completely confident in the path he guided me in. I cannot explain how much of a relief it is to finally run my apartment complex the way I should have years ago. I will continue to use Macyh’s expertise and recommend him to all.
This review is from a person who hired this attorney.
Hired attorney
See all reviews

I endorse this attorney. Macyh is a creative thinker, which is extremely important when negotiating in the cut-throat area of litigation.

Mr. Nawaey is an excellent advocate for his clients and a genuinely compassionate person. He's a truly brilliant litigator and his ethics are unmatched.

I highly endorse this attorney. He is efficient, attentive, and extremely knowledgeable.

I highly endorse this lawyer. It's been a pleasure to have an aggressive, caring, and an amazing lawyer in our community.

Macyh is an awesome attorney and an all around great person. I highly recommend him for any personal injury case.

Mr. Nawaey is very well respected in the legal community. I endorse this lawyer.

Mr. Nawaey is an excellent advocate for his clients and a genuinely compassionate person. He's a truly brilliant litigator and his ethics are unmatched.

Macyh is a respected attorney in the community. I endorse Macyh.

Mr. Nawaey is a smart and highly skilled attorney. He truly cares about each and every client.

As a counselor and legal practitioner, Mr. Nawaey is a very effective advocate. He is a knowledgeable attorney and would go above and beyond for any client. You can expect the best services and treatment from this attorney, as he will fulfill his obligations and ensure your matters are resolved in a positive manner.

I endorse this lawyer. Macyh is a trustworthy and knowledgeable attorney, and will guide clients throughout the legal process.

Macyh is an outstanding attorney and zealous advocate who goes above and beyond for his clients.

I endorse this attorney. Macyh is a creative thinker, which is extremely important when negotiating in the cut-throat area of litigation.

Macyh is dedicated, intelligent and passionate. As an attorney, he works extremely hard for his clients. I would recommend Macyh to clients and fellow attorneys alike.

Macyh is always professional and willing to go the extra distance to get results. I highly endorse him as an attorney.

Macyh is a competent and trustworthy attorney. He is passionate in what he does and he will fight for your interest with all his best!

As a fellow attorney in the community, I endorse Macyh's passion for his clients. His zealous representation is inspiring!

Macyh is diligent and professional. I endorse and recommend this attorney!