French Canadian Snowbird from Montreal that landed in San Diego in 1979 and never left Beautiful city of San Diego! 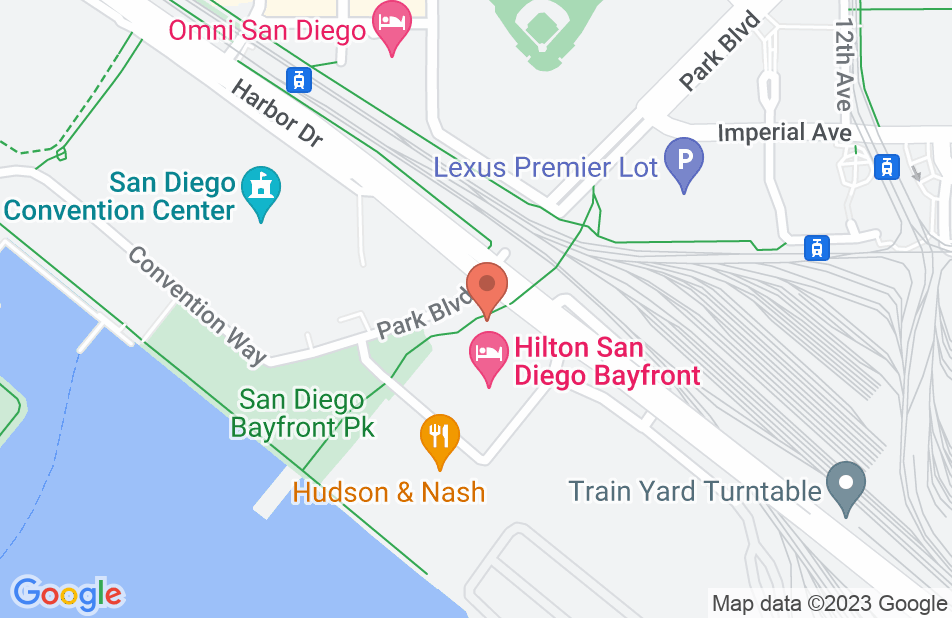 RENEGADE ATTORNEY in the PRESS

Diane Letarte has been invaluable in preparing my son for his parole. She has constructively guided us in the path of what is needed by the inmate to be successful in his parole appearance. Diane was hired, she in California, my son in a Midwest state, but governed by the State of California. Negotiating a long distance parole has been challenging as these two states run on different programs, expectations, what is offered for jobs, libraries, programs. Diane and her team, Thank you Yolanda, coached him, found programs for him to participate in and knew what needed to be done. Taking accountability is a high priority for Diane's clients and she knows this is one of the biggest pluses when going before the parole board. It is abundantly clear she knows what her job and performance means to her clients and their family. After the second parole hearing we were successful...Diane and staff...we thank you for helping us and paving the way for our son to come home. My personal opinion? You could not find a better firm to help you with your legal defense.
This review is from a person who hired this attorney.
Hired attorney

Best b.p.h. lawyer in the country

I was a difficult person to defend in a hearing and Diane was awesome. After 13 hearings with other attorneys she got me out. Then she went on to get my special child out who is the love of my life. No other attorney is even close for b.p.h. hearings
This review is from a person who hired this attorney.
Hired attorney

Best lawyer we ever used

Our family would like to thank Mrs latartte for all her help she is a wonderful lawyer God Bless you and your work
This review is from a person who hired this attorney.
Hired attorney

My husband and I can’t thank Ms. Letarte enough for doing such a wonderful job representing at my husband’s Board of Parole Hearing. Her level of professionalism and knowledge of the process is beyond measure. We couldn’t be more pleased. Thank you, Ms. Letarte. Warmest regards, J & T L.
This review is from a person who hired this attorney.
Hired attorney

My husband had a life sentence and after 40 years of being locked up and denied parole several times, I contacted Attorney LeTarte. Her and her staff went above and beyond to help my husband. First there was a suitability hearing and he was found suitable....but then the Governor said no. I contacted Attorney Letarte again and she was on his case right away, flew to his En Banc hearing and now my Husband is coming home! She is absolutely amazing, dedicated, sincere and well educated. Her staff is amazing too. If you want a fighting chance I suggest you hire her. Thank you Diane, Yolanda and the rest of the staff for your hard work and sincere dedication to helping men and women get back home to their families.
This review is from a person who hired this attorney.
Hired attorney

We retained Ms. Letarte a few years ago for my husband's parole board hearing. After carefully reviewing my husband's case it was decided to waive his initial hearing in order to be better prepared. It was great advice, my husband was able to complete additional self help courses and gain employment at the prison which helped him tremendously. He was far more prepared when he did eventually go in front of the board this year. With the help of Ms.Letarte and staff and of course my husband's hard work and determination he was granted parole. He is now a free man. We are so grateful for the effort put forth by Ms. Letarte, she was a blessing to have on our team. A million thank yous!!!!!
This review is from a person who hired this attorney.
Hired attorney

My husband is granted parole because of Diane Letarte and staff. She prepared my husband for the parole board hearing and gave him confidence that parole could happen to him. . My husband told me that when she came to visit for his preparation for the board hearing , she went over his last board hearing, gave him ideas and to be transparent to the commissioners. His last lawyer was a poor example and didn't fight for my husband freedom. Diane Letarte was in the trenches with him and I am very thankful. My husband was granted parole because we got a lawyer that sees a person and not a price tag. Thank you and God Bless you Diane Letarte and staff.
This review is from a person who hired this attorney.
Hired attorney

Ms. Letarte represented me for two hearings. I couldn't have been more prepared she did a fantastic job. My second hearing was an S. B. 261 and It was granted and I am now released. I recommend attorney D. Letarte to anybody who is serious about going home.
This review is from a person who hired this attorney.
Hired attorney

“Diane it was your constant reminder that I should not give-up. Again Thank You for believing in me and standing up to the hardest parole hearing I have ever had. Diane you did a Great job and like I said you did the ‘impossible’ in getting me a GRANT!” Shaputis R.
This review is from a person who hired this attorney.
Hired attorney

On June 3, 2015, I was found suitable for parole. This was no easy task being that from day one of my arrest on April 26, 1983, I consistently maintained my innocence. With that said, every attorney prior to Ms. Letarte, informed me that I would never be found suitable for parole as long as I maintained my innocence. I contacted Ms. Letarte's office in January 2015, explaining my situation and asked if she would be willing to come visit me for possible retaining her for my upcoming Parole hearing. She visited me, heard what I had to say, and agreed to represent me. With Ms. Letarte's brilliance and expertise on parole hearings, I was found suitable for parole! Again, despite being told that I "would never" be found suitable by other soo called attorneys. To my disappointment my fight for actually being freed after being found suitable for parole was far from over. On September 2015, two days prior to my parole grant becoming final, the Governor referred my case to the En Banc panel. On October 2015, the motion was approved by the majority of the commissioners. I was then scheduled for a Rescission hearing for February 5, 2016. Once again I contacted Ms. Letarte, if she would represent me at the hearing, and she did. Before and during the hearing, I was a nervous wreck, it's nothing like having someone take something away from you that you fought so hard for. But just as in the previous hearing, Ms. Letarte's impeccable skills prevailed, and my original parole grant was affirmed! Today I am a free man after serving 32 years & 8 months for a crime “I did not commit”. Thanks to Ms. Diane T. Letarte, MBA, LLM and her support staff. I truly am a believer in her motto which states, "It’s not the size of the dog in the fight, but the fight in the dog." She is the real deal!!! I am so grateful and blessed to have retained Ms. Letarte, as my attorney, and I would recommend her to anyone who is serious about regaining their freedom! Thanks again Ms. Letarte for helping get my life back! Sincerely, Michael D. V, former lifer
This review is from a person who hired this attorney.
Hired attorney
See all reviews

I had the pleasure of working with Diane when I was a new attorney in California. She was an inspiring mentor and remarkable lawyer. Her passion for justice and for her clients is truly one of a kind. Lawyers have a bad reputation for being money hungry, but Diane is the polar opposite of this stereotype - putting "the cause" as number one, and being willing to sacrifice everything for her clients. If only all lawyers could be as dedicated, passionate, and selfless as Diane.

This attorney works very hard for the client and keeps up with the law by attending legal seminars to assist them in this regard. I endorse this attorney.

Your resume speaks for itself and I consider you a valuable member of the attorney community. I would recommend you to anyone and everyone who needs your services. I whole heartedly endorse this lawyer!

I endorse this lawyer. Attorney Letarte has dedicated her career to assisting a population within our community that needs zealous advocacy. A true professional.

I work under the guidance of Ms. Letarte in the area of parole suitability hearings. I gravitated to her because of her extensive knowledge and experience in the field. Her bright personality and honesty is refreshing, making her one of my favorite attorneys to work with.