Open for Business
Virtual Consultation
also known as Larson Larson & Dauer, ALC, Timothy A. Larson, ALC
Save
15 reviews
This attorney has requested that their Avvo Rating not be displayed

Larson, Larson & Dauer, ALC has over 40 years of winning cases and more than half a BILLION dollars for our clients

Mark Larson is a partner at Larson, Larson & Dauer, ALC. Mark's practice is primarily focused on workers' compensation. Mark is from a family of attorneys and has grown up watching insurance companies repeatedly deny benefits to those that have been injured by their insured. This is how Mark began to develop a passion for the law and fighting against insurance companies.

Whether it is a workers' compensation case or a personal injury matter, Mark has made it his goal and business practice to keep his caseload manageable so that he can give each client the individualized attention that they need. He has found that this increases the overall value of each respective case and increasing the success of his firm. Most importantly, it ensures that each client costs the insurance companies as much money as possible, while obtaining the maximum amount of money for his clients.

Prior to coming to work at Larson, Larson & Dauer, ALC., Mark had been working in civil litigation at his older brother's personal injury law firm Carpenter, Zuckerman & Rowley, LLP. Mark started working for this firm as a law clerk, at the age of 17. Mark continued working at this law firm throughout law school until he eventually became an attorney. After becoming an attorney, Mark continued developing his skills and moved into complex litigation involving traumatic brain injuries, medical malpractice, amputations and other permanently disabling injuries. Mark was eventually approached with a job offer by his Uncle Timothy A, Larson.

Timothy A. Larson immediately began to mentor Mark and assist him in understanding the many complexities of workers' compensation. Tim taught Mark how to maximize the value of a case, while ensuring each client's best interests were being considered. Mark has taken the teachings from his uncle and combined it with his prior personal injury experience to become one of the younger recognized workers' compensation attorneys in Los Angeles.

Like his uncle, Mark prides himself in assisting clients that have sustained very serious injuries while working, including but not limited to amputations, toxic exposure, severe burns, head trauma, post-traumatic stress disorder, smoke inhalation, cancer and various orthopedic injuries.

Mark continues to build on the solid foundation and training established by his uncle and is hopeful that one day he will be as recognized and as well respected by his peers as his uncle.

Awards and Recognition
He was notably acknowledged as: Top 10 Workers’ Compensation Attorneys by Attorney and Practice
Magazine; one of the 10 Best Attorneys by the American Institute of Law; and he was honored among the Top 40
Under 40 by the American Academy of Attorneys and Premier Lawyers of America; 2020 Elite Advocate Award by
American Institute of Legal Advocates. Likewise, he was presented with the 2019 and 2020 Super Lawyers’ Rising
Stars Award, and was recognized among the Top 100 Workers’ Compensation Attorneys by the American Academy of
Attorneys. Additionally, Mr. Larson has been interviewed by Forbes Magazine, as well as many other media
organizations.

To remain aware of developments affecting his field, Mr. Larson has maintained his professional affiliation with a
number of organizations. Among them, he is a member of the California Applicants Attorney Association, as well as
assisting organizations that focus on advancing the rights and protections of minorities in the workers’ compensation
system. . Casting an eye towards the future, Mr. Larson aspires to continue offering his services to clients that have
sustained serious injuries while working and found their efforts in attaining compensation obstructed by insurance
companies. 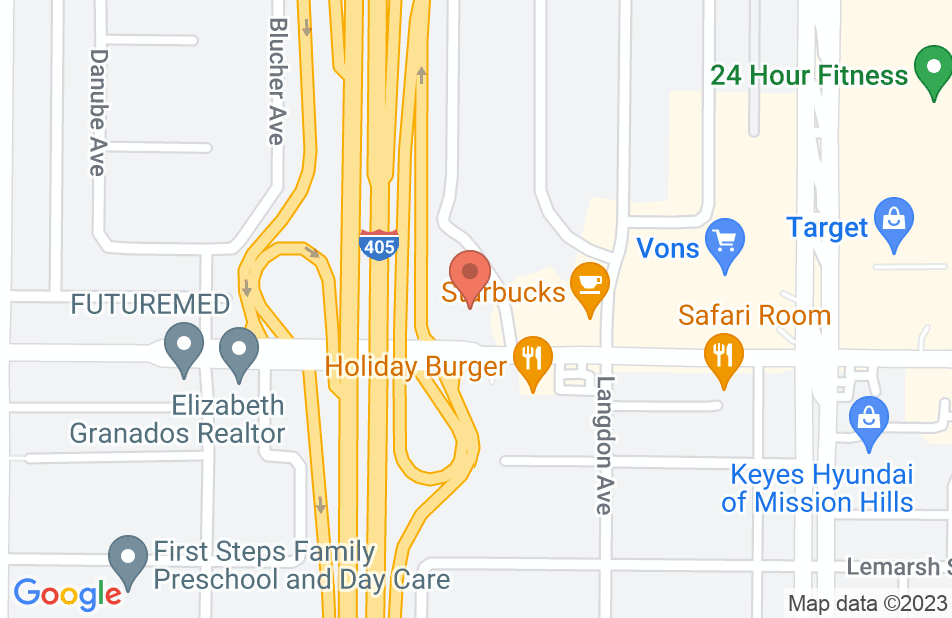 He and his office helped me out when I was in a bad place. They were patient and attentive to my concerns. I was very happy with their help on my workers comp case. I was also VERY happy with the outcome! Thank you so much to Mark and his staff!
This review is from a person who hired this attorney.
Hired attorney

Yes Yes Yes Is All I Have to Say

Use this firm!! I hired them after shopping around and talking to a few other law firms. Well, they did not take my case at first, but then they agreed to assist me and I am so glad they did! This firm is by far the classiest and best workers comp firm you will find in Southern California! They did an AMAZING job on my case and explained the system to me way better than any of the other workers comp firms that I spoke with. Use those firm!
This review is from a person who hired this attorney.
Hired attorney

Amazing Law Firm - thanks to Mark and Staff

I hired this firm after the recommendation of a friend. This firm is on top of their game. I spoke with Mark for about 1 1/2 hours and he explained everything to me, including what to expect and how terrible the comp system is, but they do the best they can with it. Mark’s office did EXACTLY what he said they would do after I hired them. They kept me informed and they got me a great resolution to my case. I really recommend these guys!!!!!
This review is from a person who hired this attorney.
Hired attorney

Our family has used these guys and Mark for years!

This firm is the best! Mark and his staff are awesome. I hired them recently for a work injury. The case took a while, but I was VERY happy with the money! My brother also used them and they did the same for him. We both strongly recommend this firm! I can’t say thank you enough to everyone at this office. If you don’t use these people, you are making a LARGE mistake!
This review is from a person who hired this attorney.
Hired attorney

Larson is the way to go!

I originally heard Mark speaking on the radio, so I set up an in person consultation. Following my meeting with him, I felt informed and on top of my workers’ compensation case. He told me that I did not need an attorney, yet, as they were paying all my benefits. However, he told me when to come back and speak with him again. I felt comfortable and at ease regarding my situation. I also learned that I could still work for the same employer once I recouped from my injury. thanks!!
This review is from a potential client who consulted with this attorney.
Consulted attorney

I hired this firm to assist me with a comp issue that I had with a small employer. The employer would not let me make a claim and I spoke with Mark and he explained EVERYTHING to me. He talks fast, but answered all my follow up questions regarding anything that I missed. His firm is organized and they certainly lived up to their reputation! I recommend them and thank you all!
This review is from a person who hired this attorney.
Hired attorney

I was referred to Mark Larson for a workers' compensation issue and he was amazing. Not only was Mark extremely knowledgeable on the workers compensations system but he was very compassionate and understanding to my situation. Mark walked me through my case step by step and made sure to keep me informed throughout the entire process. In addition, his staff was very friendly and accommodating. I highly recommend Larson, Larson & Dauer to help navigate the workers' compensation process
This review is from a person who hired this attorney.
Hired attorney

Thank you to Mark Larson and his staff

Thank you to Mark Larson and his staff for all of their help. They handled everything great and I am very happy with Mark’s law firm. I would recommend this firm to anybody that wants and honest and aggressive attorney to work hard and fight for them.
This review is from a person who hired this attorney.
Hired attorney

These people know what they are doing

Workers comp is a huge pain and these people explained how I should deal with it mentally, as well as how I should move forward with my life. They stood by my side the entire time and were super helpful with questions about EDD and also employment law issues I was dealing with. They also got me an awesome result($$$) when I thought I wasn’t going to really get anything. Thanks again
This review is from a person who hired this attorney.
Hired attorney

He helped me with my workers’ compensation case and he did a great job. He was polite, kind and his offIce always helped me out the best that they could. I cannot thank them all enough for getting me a great result on my case!
This review is from a person who hired this attorney.
Hired attorney
See all reviews

Mark is an ethical and knowledgable attorney with the utmost integrity. I endorse this lawyer!