We bring Recovery for the Injured after accidents on, or off of your Job

Mr. Burgis began his career working with Glauber Berenson, a well-known and respected Worker’s Compensation law firm. During his over five-year tenure at Glauber Berenson, Mr. Burgis quickly proved to be a Top Trial Attorney, setting both trial and settlement records. As the result of achieving phenomenal results for his clients, Mr. Burgis was named a Top Attorney in 2010 by Pasadena Magazine and continues to be recognized on Rising Stars (2014 to present).

Although Mr. Burgis was offered partnership opportunities, he was determined to pursue his own practice where he could utilize his unique and effective approach to litigation. With his extensive knowledge of the law, coupled with innovative strategies, Mr. Burgis is dedicated to improving the lives of injured and their families. 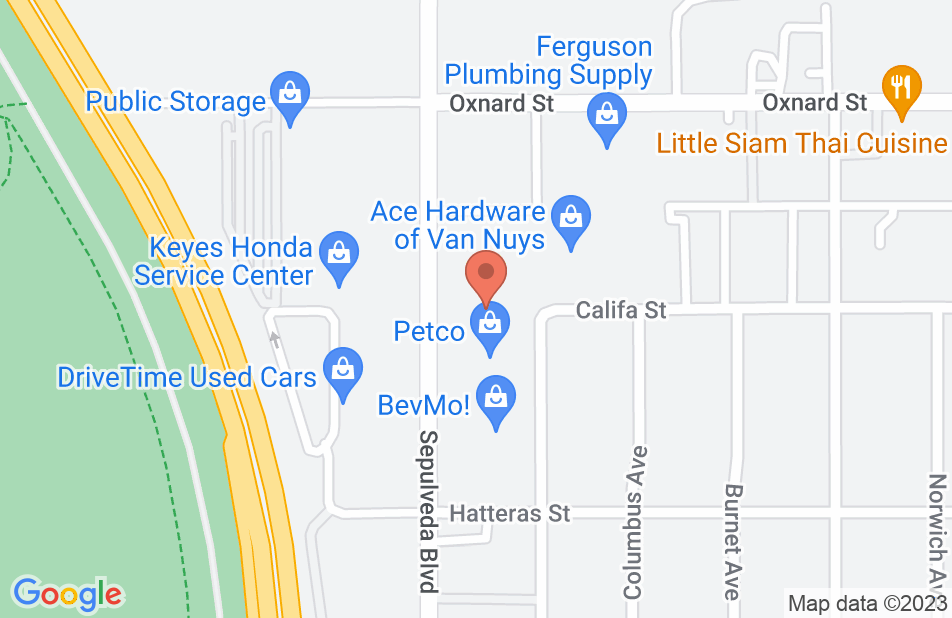 True advocate for the injured worker

Michael has shown exceptional litigation skills and has proven to have a high-level understanding of law in complex workers' compensation cases. I first came across his firm through some videos he posted and was impressed by his office staff and his paralegal's understanding of the law as well. Mike's a true advocate for the injured worker.
This review is from a potential client who consulted with this attorney.
Consulted attorney

When I reported my work injury to my employer, I had no idea that I was about to embark in a legal battle. I knew nothing about workers compensation laws. All I knew was that my health was affected in various ways and I needed help. I'm so glad that I chose Michael Burgis to help me through this whole process. He is genuinely caring! He kept me in the loop! In speaking with different people throughout this, I felt all the more lucky and comfortable because I heard stories of people who had never met their attorneys much less spoken to them. Brian met with me and answered all my questions. He communicated with me throughout everything and was very thorough in explaining things to me. I'm extremely grateful to him and his staff. His knowledge and professionalism are to be admired! I highly recommend Michael Burgis.
This review is from a person who hired this attorney.
Hired attorney

Michael Burgis and his team are a class act. You truly won't find a more kind, knowledgeable, professional, honest person (let alone a lawyer) anywhere. I had him help me with my workers' comp case and am a happy client. Michael and his staff made themselves available to answer all my questions, responded in a timely manner to my emails, and were extremely professional. He was referred to me by a colleague - and I will absolutely refer him to others here on Avvo! Five stars all the way!
This review is from a person who hired this attorney.
Hired attorney

If in need of proper and professional advice you need to contact Michael Burgis & Associates. I contacted them after many struggles with my workers comp situation. They gave me straight forward information no false promises just what's expected. I've been dealing with Diego Martinez, let me tell the most professional individual and prompt to my questions and concerns. If you want to be treated as a person not a case number you must contact Michael Burgis & Associates. Ask for Diego Martinez he will give you his undivided attention at all times. My case is still ongoing but regardless of the outcomes this firm is living up to what was told to me since I contacted them. Thank you all
This review is from a person who hired this attorney.
Hired attorney

Michael Burgis’ handled my workman’s comp case last year and got me a settlement that was beyond my expectations. Before hiring the firm, I hit several roadblocks with treatment being denied and my primary treating doctor wanting to release me back to work prematurely. Once I got Mr. Burgis involved, he immediately switched me to a better doctor in the network and submitted appeals on my behalf when treatment I really needed was denied. I’m grateful for the staff that made me feel important and helped me cut through all the medical red tape. The workman’s comp system does NOT make it easy to help an injured worker, but hiring a firm like Michael Burgis’ can make all the difference in the world.
This review is from a person who hired this attorney.
Hired attorney

You probably have spent hours checking the internet and asking all your friends if they know a “good attorney” because there are so many attorneys and law firms in Los Angeles. But you realize that you have only one chance to win or lose your case and for that you need an attorney whom you can trust, who will do the job with an outcome in your favor. I was lucky enough to have been referred to “The Law Offices of Michael Burgis & Associates”. I want to help you, also, because I already went through all that and the entire process took five month from the start to the end, speed which is unheard of for a worker’s compensation case. If you are looking for an attorney with: 1. High level of professionalism, 2. Extreme sense of responsibility, 3. Knowledge practiced to perfection through experience, 4. Mind and reaction of a genius, 5. Lightning speed of handling his cases! You are looking at the right name Michael Burgis!

I recently wrote a bad review on Mr. Burgis. Not knowing entirely what was going on. Since we cleared the misunderstanding, his office has been great at replying to my concerns. Javier his assistant has been on top of things. I regret jumping into something without talking to Micheal himself. He is there to help answer anything anytime.

An Ace Attorney with a Huge Heart!!!

After being very disappointed by two previous attorneys by their unresponsiveness to addressing questions or concerns I had, I very very fortunately found Mr. Burgis through a youtube video. His videos were so confident and reassuring, I knew I found the support I was needing to get me through a very difficult time. I contacted his office and was further impressed with the care and concern that was given to me by his staff (Javier, the receptionist, etc.) and was so happy when Mr. Burgis agreed to take on my case. You have to understand, he did so understanding any fee he earned would have to be shared with the two previous attorneys. To me, that was a class act and showed great compassion. I got to meet Mr. Burgis and his team a few days ago for my deposition. Michael took great care to prepare me for the depo and made me feel so safe and comfortable with the whole process -- before, during and after the deposition. My case is still ongoing, but I just had to take a moment to share how wonderfully I am being treated and the confidence I have of Michael's ability to deliver the best possible result within the laws and circumstances of my case. Thank you so much, Michael -- not all attorneys are created equal...I feel important and cared for and that means so much at a time like this. I highly recommend Mr. Burgis to anyone out there -- you will be doing yourself a huge favor!!! PS: I just want to add that Javier, as a Hearing Officer, has been so wonderful, as well. He always gets back to me, whether by returning my email or phone call, right away...usually within the hour. No question or concern has ever been too small...such a special Attorney and Staff -- thank you to you all!!

Treated with honesty and integrity here

My name is Don W. Over 4 years ago i was injured on the job and was represented by another law firm, and when I called them with questions i felt I was a burden to them. In my disabled capacity, this brought lots and of anxiety and stress to my already pained situation. I was introduced to Micheal Burgis by what i believe to be a blessing and asked him if he would look at my case. After meeting with Mr. Burgis I knew in my heart that this was the attorney I needed to fight for my rights. As an injured worker, I needed special medical attention both physically and mentally and he was outstanding in seeking both of these for me. His staff were both kind and courteous whenever I called with questions. I can't explain how it felt to know that I was represented by a firm who genuinely cared about my well being. After only four months, Mr. Micheal Burgis had negotiated a settlement for myself and my family, who also suffered throughout this injury. This settlement was way beyond what I ever expected and my family suffers no more financially. Micheal Burgis - thank you from the bottom of my heart for fighting for my rights,and representing me with honesty and integrity. I can only hope if anyone out there reads this and you've had an injury and you now have the pain of all this both physically and mentally you contact Mr Micheal Burgis' staff, make an appointment and get in to see him. You will be relieved to find this hard working, honest and yes, brilliant attorney can be your blessing too. Again, special thanks to the staff - Javier, Yaneth, and Diego for always keeping that smile both in person and especially when I called with questions. You folks are the best! Sincerely, Don W

The day I had to do my depostion I was so nervous and scared. Michael Burgis talked to me and explanined everyting in detail he really put my mind to ease in explanning every detail. He was patient and he took his time with answering any and every possible question I had. He is smart and knows workers comp law. the day of my depo before we even got started the other side wanted to settle we reached a settlement within 15 minutes it was amazaing I walked away with all smiles!! with out a benefit of a doubt I would use him again and again ! and I will reccomend him in a drop of a hat. he is truly a work of art.
See all reviews