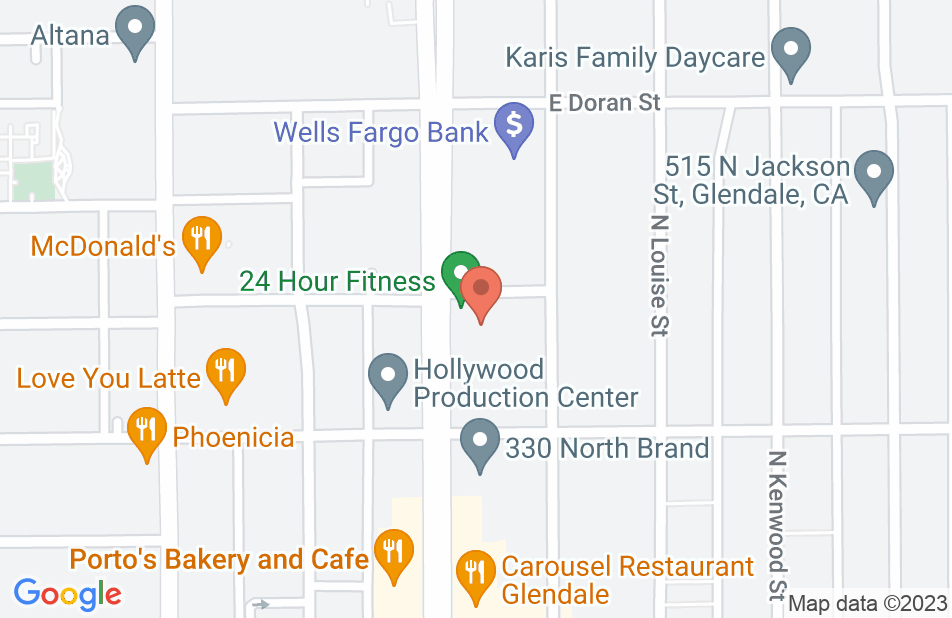 Jennifer was appointed to take over and "clean up" a mess a previous attorney had made. I was immediately impressed when I spoke with her on the phone and I was delighted once I met her. Her expertise and desire to do a great job was evident and she truly worked hard for our son. We didn't feel like we were just "one of many" other clients. We were given more attention and time than we had expected. Jennifer is an outstanding attorney and I (we) highly recommend her!
This review is from a person who hired this attorney.
Hired attorney

Jennifer is a very knowledgeable, respectable, selfless attorney, that I would highly recommend to anyone! After being passed around at a firm (4 attorneys later) I was blessed with Jennifer. She took the time to read up on my case, giving me honest feedback and options when I was feeling lost. I had never been in trouble with the law and faced with my situation, I was completely lost and discouraged. Jennifer fought hard for me, and gave me the strength to push forward and fight, providing legal advice along the way. Jennifer knows the law and represents her clients very professionally, while at the same time, showing that she cares. She was VERY quick to respond to any email or phone call. Thank you Jennifer, for making me feel like I was your only client. :)

Hire Jennifer, you won't regret her!

I was appointed Jennifer as my lawyer after the one I had left the firm. I wasn't sure what to expect when I found out she would be taking over my case, I could only hope for the best. Jennifer really does go above and beyond for her clients. If there isn't a solution that goes in your favor she won't stop fighting until there is. Jennifer knows the major key points, argues them, and can get to a solution that works for all parties involved. I've done my homework and consulted with many lawyers, and Jennifer sets the standard. She is not only tough with fighting for you but very sweet and empathetic. I've asked her endless questions and probably the same ones more than once. She has been nothing but patient with me. She understands it can be a stressful time and can possibly change your future forever. She answers every concern and can really calm your nerves. Going through a criminal (federal case at that) can be very, very stressful. Jennifer is there with you every step of the way. I can truly say, I'm blessed to have Jennifer as my lawyer. Thank you Jennifer!!

Avvo verified that the reviewer consulted with or engaged this lawyer
Verified review
Attorney Jennifer Wirsching was excellent in providing the answers to questions, I desperately needed answers to! Jennifer put my anxiety at ease by explaining the process in a criminal proceedsing. If you're looking for an attorney to represent you in a criminal case, I highly recommend Jennifer Wirsching. She will listen to you and provide the best strategy for your particular situation.
This review is from a person who hired this attorney.
Hired attorney

Avvo verified that the reviewer consulted with or engaged this lawyer
Verified review
It was the best $29 I've ever spent (and come on, that is MINIMAL when trying to obtain realistic legal advice). I received a call from an attorney in 2-3 minutes, obtained valuable information, and felt like I came out ahead after the phone call. I would highly recommend paying the small fee - It saves time and hassle from researching, making phone calls, and driving down for consultation. Also, for the nominal fee you are guaranteed a response from a lawyer of at least a 4/5 rating, so any decision on commitment after the phone call (and I did commit) is a lot is easier to make knowing that.
This review is from a person who hired this attorney.
Hired attorney

Jennifer will Calm the storm

Jennifer calmed my storm, made my family feel very comfortable from the day I met her and the team. I was updated from the beginning to the end of the case. I'm always calm after I hear from Jennifer. Attorney Jennifer have done everything for me she stated she would do, Jennifer word is her bond. I am not being pay or force to write anything. I would retain Jennifer Wirsching for all my problems. ADRIAN

Jennifer really is the best

Great Lawyer and ourstanding human being.

I was involved in a situation which I was completely lost, didn't know what to do, was completely clueless and very scared and worried. A friend recommended Jennifer, the first time I called her and talked to her she was very helpful, answered all my questions, explained how she would be able to help me in court, once I hired her she did just as she said she would. She not only gave me peace of mind but also answered my calls, my emails each and every time I had a question or doubt in my head and that really meant a lot to me. Even after my court date and once everything was done with she is still willing to go above and beyond to help me. She is a great person, smart, and trustworthy.

Our family has been involved with a federal case and a court appointed U.S. attorney, representing our son. This U.S. attorney happened to also be an employee of the victim in this case. (Seriously!) Our son tried several times to have another attorney appointed to him, one that he felt would not be biased in his representation to the court. His pleads were denied each time! After being found guilty, and insisting his appointed attorney fight the horribly, prejudicial pre-sentencing report, our son went Pro Se. Deciding to fight the sentencing on his own from a holding cell was a better solution to our son, than to continue to trust this court appointed attorney! At this point this family was desperate for help, and needed to find someone honest and who would make our son the priority in their representation! It was at this point, Jennifer Wirsching entered our life. Jennifer immediately went right to work, asking for letters from friends and family, awards, accomplishments, a complete history of our son's life. (Something the court appointed attorney NEVER asked or shown interests in knowing.) She wanted to know who our son really was, to represent him well before the sentencing judge. Jennifer answered each phone call and email this family sent her way, promptly, professionally in a dignified and sensitive way! (We weren't use to anything like that from the court appointed U.S. attorney or the attorney we had employed before him.) Jennifer represented our son well in the Sentencing Hearing, NOT ONLY saving him from nearly a million dollars in fines, but also SEVERAL YEARS off his sentence! I wish with all my heart that we would have known her much earlier and that Jennifer had been representing our son from the beginning of this nightmare. If that had been the case, I truly believe our son would be with us now. Our Judicial System is in need of great changes and I am so grateful that I witness some real integrity and honesty with Jennifer Wirsching, at a point where this military retired family had nearly given up hope in this broken arm, of the country we love and in lawyers altogether! Our family is truly grateful for all, Jennifer did with the "wreck" we asked her to salvage! She will be a part of this family prayers for a lifetime. I would not hesitate to place my life in her hands, not one second of hesitation. Thank you, Jennifer for all you have done for this family in the middle of America, even flying into a snowstorm, from sunny California! Our hearts are indebted to you, a wonderful, highly capable, honest, and compassionate lawyer, Jennifer Wirsching. Many sincere thanks.

After spending a ton of money on another criminal lawyer who did absolutely nothing I turned to Jennifer Wirsching. She is a very smart attorney who I highly recommend. Jennifer is a honest no nonsense lawyer, who cares about her clients. She took the time to explain things so I could understand them. After talking to her I felt like a weight had been lifted off my shoulders. I have extreme confidence she would do the very best she could. Jennifer Wirsching doesn't just settle she fights until she wins. She is a very experienced attorney and I wouldn't hesitate to hire her again. Jennifer I can't ever thank you enough for what you have done for me and my family. Thanks Again!
See all reviews

(48)
Are you an attorney? Endorse this lawyer

Stephen Sawyer, Criminal defense Attorney on May 5, 2015
Relationship: Other

Attorney Jennifer J. Wirsching is an intelligent and thorough practitioner. Her work in criminal defense is top-notch.

I strongly recommend Ms. Wirsching to anyone who is charged with a crime. She is a highly experienced and effective attorney who fights to defend her clients. I would encourage anyone who is facing charges to contact her to defend their case.

Jenniferis a fine attorney who is dedicated to her clients and works tirelessly for successful results. I have no hesitation when endorsing her.

I endorse Ms. Wirsching. Her responses to questions on Avvo demonstrate her extensive knowledge of the law and her commitment to helping people.

I endorse this lawyer. A hard working and experienced member of the criminal defense bar.

Ms. Wirsching is a knowledgeable criminal defense attorney. Her responses to questions posted on Avvo reflect her understanding of the law and a practical approach to client representation. I endorse this lawyer.

Jennifer is an excellent and experienced trial attorney. I endorse her without hesitation.

I endorse this lawyer. Tough and talented.

Jennifer's advice is professional and well-reasoned. I endorse this attorney 100%!