Michael received his B.A. from the University of California, Irvine in 2002.  He earned his J.D. from Thomas Jefferson School of Law in 2009.  While in law school, Michael was a Notes Editor and Staff Associate of the Thomas Jefferson Law Review.  He also earned the top grade in his Legal Writing I class and was placed on the Honor Roll and the National Dean's List.  For experience, Michael interned for the Office of the Attorney General and clerked for the San Diego Superior Court, East County, for the Honorable Laura W. Halgren.

Michael is licensed to practice law in the State of California and the United States District Court for the Central Distrt of California.  He has been practicing law since 2011.

Michael enlisted in the United States Army Reserve in 2003, and attended basic training in Ft. Benning, Georgia.  In 2004, Michael mobilized for Operation Iraqi Freedom under the command of the XVIII Airborne Corps out of Ft. Bragg, North Carolina.  As a Sergeant, he deployed to Balad, Iraq and Baghdad, Iraq in 2005.  In 2006, he attended the Noncommissioned Officer Academy at Ft. Lewis, Washington, where he was the Distinguished Leadership Graduate of his class.

Michael is conversational in Mandarin Chinese.  In his spare time, Michael likes to work out, travel, and play the guitar. 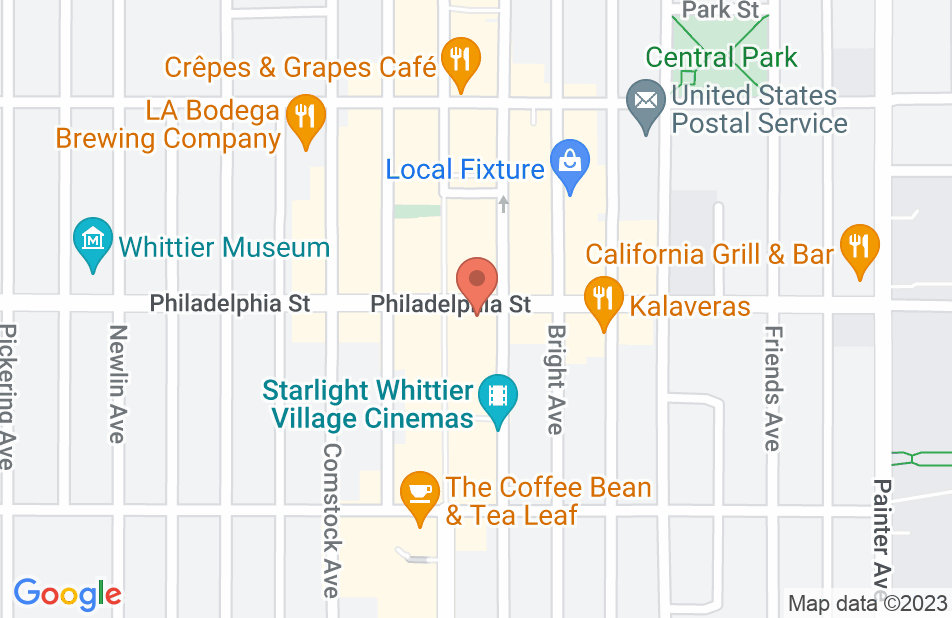 You'll be hard pressed to find a more competent and professional representative for your case. From start to finish, Michael and his colleagues will keep you updated on all progress. They will make sure that you understand the complete nature of your case, and all of the possible outcomes. Michael was very good at keeping me involved in the process. I never once had the feeling that I was unsure of where I stood. Sometime lawyers blow smoke, these guys didn't, and won't. I received a settlement that was beyond our initial expectations because Michael listened to all of my concerns, and my ideas. My case was a little longer than most, but Michael never made it seem like he was in a rush to just "wrap it up." Even after I relocated out of state, Michael made sure that my case was a priority. I recommend Michael with my highest regards. Thank you again Michael Chen!!
This review is from a person who hired this attorney.
Hired attorney

Michael is a life saver!

Michael is very professional and helpful.He helped me with with my car accident case. Strongly recommend him! He will take good care of you :) Thank you, Michael!!
This review is from a person who hired this attorney.
Hired attorney

Michael was prompt with any followups and questions regarding my case. I was sandwiched in my accident by an uninsured motorist and Mr Chen was able to get me adequate medical care as I was coping with the pain with my back and neck. Through these tough times of COVID-19 this really helped me and my Family with the settlement provided. His attention, communication, and follow through was excellent. This law office helped guide me through everything I needed to do. I am really satisfied with the end results. Highly recommended.
This review is from a person who hired this attorney.
Hired attorney

Michael Chen made the whole process after my car accident so easy and stress free. He continously calling me and updating me on things concerning my case and was so friendly! Kept my best interest in mind and always made sure I was doing okay. Connected me with great doctors and physical therapist. Took care of my case in a good timely manner and very professional. Highly recommended!
This review is from a person who hired this attorney.
Hired attorney

I had a fantastic experience with the Chen Law Group. I was involved in an automobile accident where the other party was at fault. The insurance company did little to reimburse me for damages and pain & suffering. I contacted the Chen Law Group to inquire about representation. They reassured me with confidence that everything would be covered. Michael Chen handled my case very professionally and was always accommodating to my needs. All details were provided thoroughly and I was informed every step of the process. I was expeditiously referred to top quality pain management facilities and given necessary scans to ensure that I did not have extensive bodily injury. Their service was so impeccable that I referred my own Mother to represent her in a separate case. I have great confidence that they will provide excellent service to every client they represent.
This review is from a person who hired this attorney.
Hired attorney

The best traffic accident lawyer you can find

Michael provided his excellent service and remarkable law experience in my traffic accident case. He is full of confidence to answer and reply to my questions. He also demonstrated his profession knowledge and protect the best interest of his client.
This review is from a person who hired this attorney.
Hired attorney

You want Michael on your side when you get into an auto accident.

I had gotten into an auto accident and did not know how to protect myself against a difficult driver. Fortunately, I found Michael through a contact who guided me through the process. He demonstrated competence, efficiency and responsive communication, all of which are critical when navigating a legal minefield. I'm most happy and relieved to have Michael on my side when I was up against the driver's insurance. Highly recommended!
This review is from a person who hired this attorney.
Hired attorney

I totally agree to R.L: Michael is very professional and helpful. He helped me with my car accident case. Strongly recommend him. He will take good care of you. Thank you, Michael!
This review is from a person who hired this attorney.
Hired attorney

Michael is an amazing lawyer. He's attentive, he's on top of things, and he will help you analyze your specific situation and figure out the best scenario for you. He helped me and my family navigate several messy automobile accident situations where the insurance companies at fault refused to pay. I don't have experiences with many lawyers, only a few, and to be honest, Michael's services exceeded all of them. I could not recommend Michael enough, you would see the same if you contacted him for a consultation.
This review is from a person who hired this attorney.
Hired attorney

Michael helped me get my medical treatment covered when the insurance company did not want to cooperate with me. Don’t try to handle your situation on your own. Michael knows what he’s doing and will take the time to make sure you understand what is happening. Hopefully, I never have to use his services again, but I would highly recommend him to any of my family and friends.
This review is from a person who hired this attorney.
Hired attorney
See all reviews

I endorse this lawyer. Michael Chen is an excellent lawyer. He is a dedicated advocate who is compassionate, hardworking, and fierce. He fights for his clients and always has their best interest in mind.

Attorney Chen is an insightful contributor here at Avvo and his numerous endorsements indicate the high regard in which he is held by his peers. I endorse this lawyer.

The answers of Mr. Chen are consistently accurate, analytic, and customized to the needs of the Avvo askers. These are exactly the qualities that every client would look for in hiring an attorney.

I endorse this lawyer. Great member of the legal community.

Mr. Chen's military service, language skills, and legal acumen mark him as a uniquely qualified advocate. His insight and analysis are outstanding; and his client's reap the reward. I endorse this lawyer. WM

I endorse this lawyer without reservation. His responses to questions is insightful and helpful. He clearly works hard for his clients.

I endorse this lawyer. Mr. Chen provides a much needed service on Avvo. He donates his time to individuals who are in need of immediate legal answers.

I endorse this lawyer. He demonstrates good, common sense knowledge of the practice area and clear thinking in his responses to questions posed on Avvo.

I endorse Michael H. Chen, Michael is highly respected in the community. He knows how to treat his clients with respect and having an open line of communication is very important to him.

Attorney Chen is well versed and experienced in personal injury law. I endorse this lawyer.

I endorse this lawyer. He gets his clients results and answers questions in a way that is helpful to those seeking legal advice.

I highly endorse Mr. Chen. Very knowledgeable and caring attorney who achieves great results in representing clients! I want all people to contact him for help.

Attorney Chen is an insightful contributor here at Avvo and his numerous endorsements indicate the high regard in which he is held by his peers. I endorse this lawyer.

Jill Rogers, Divorce and separation Attorney on Apr 28, 2015
Relationship: Other

I endorse this lawyer. Dedicated and committed to clients.

I have known Michael for years. His office is in my building and his partner is a good friend of mine. I've seen Michael's work and am impressed by his diligence, work ethic and by how he treats each matter with personal care. Clients are not just "case files" to Michael. Each client is a person with a unique situation that Michael handles as if it were his own family member. You can trust that your legal matters will be handled with professionalism, care and personal attention with Michael.

When you, or a loved one, finds yourself in need of a criminal defense attorney it is important to retain an experienced, knowledgeable and competent lawyer. Mr. Chen is respected in the legal community for those reasons.