20+ YEARS OF PROVEN RESULTS IN & OUT OF COURT: Former Prosecutor Fighting For You. Free Consultation

Decio Rangel is an experienced Los Angeles, Manhattan Beach and Torrance criminal defense attorney. If you have been arrested for a DUI, internet crime, sex crime, or any other criminal offense, contact Decio Rangel today.

Decio Rangel, Jr. worked as a Deputy District Attorney in Los Angeles County for nine years.  During his tenure at the Los Angeles County District Attorney's Office (LADA), he had the opportunity to work in two prestigious divisions.  First, for five years, he worked in the Victim Impact Program (VIP), specializing in crimes involving sexual assault and family violence.  Subsequently, he was given the opportunity to become a part of the Justice System Integrity Division (JSID), an elite and high profile trial unit.  JSID is part of the Bureau of Fraud & Corruption and is responsible for the prosecution of public officials including police officers, judges and Lawyers.  This LADA unit works directly with Internal Affairs for Los Angeles Police Department, the Los Angeles Sheriff's Department and the State Bar of California. 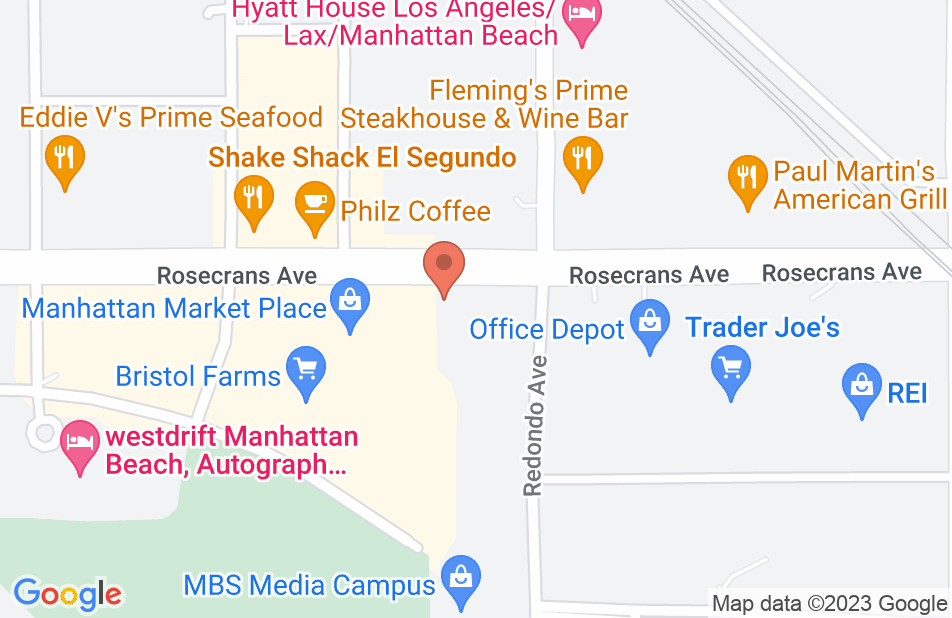 Decio has been by far the best lawyer I've ever used. Knows his stuff, always kept me informed. And best of all came back with a not guilty verdict. A+++

Don't Hire Anyone Else

Mr. Rangel helped me several years ago when I was in a very serious legal bind. His compassion, his attention to detail, and his steadfast courtroom demeanor led to an unbelievably great result for me. Mr. Rangel was able to help me put my life back together and move on from the awful situation I'd found myself in. I cannot recommend him highly enough!

Decio is the best! CASE DISMISSED!!

Not to knock my Public Defender, but she had already written me off after a 90 second conversation, and told me I should plead guilty to a deal without asking more than 3 questions. I almost just accepted this, but knew I wasn’t guilty and decided not to be a victim of the system built to protect me. I first called Decio to ask his opinion on my case, and I immediately felt he was invested in finding out the full details and did not jump to any conclusions. After our brief 10 minute phone discussion, he laid out a few ways he thought the case could go, but offered to meet in person the same day to provide a more in depth assessment. We met at his office, which is very warm and welcoming, and went to a private conference room where for about 30 mins he and I discussed the case, after which he told me how he thought he could best fight the case for me, and that all hope was not lost as the Public Defender had made me feel at my initial hearing. His confidence in me and what I was telling him convinced me he was going to be not only my best chance at a fair outcome, but to deal with someone who looked at me as an individual, not just another case number to get through. Throughout the case, Decio personally reached out to me at least a dozen times to keep me up to speed, to ask for meetings, info, etc.... I never once had to go looking for him. When he explained something over the phone that I just wasn’t sure or clear about, he always invited me to come meet at the office to work through things, always reassuring. The longer our relationship grew, the more I could feel him becoming personally attached to my outcome, and it really felt like I had someone on my team who wanted not only the best outcome for the case, but for my life moving forward in general. If you’re on the fence about whether to hire a private attorney, I can’t say enough good things about my experience with Decio, and am so very certain now making the call to him changed the path my life was headed. With the public defender, I’d be living the rest of my life with a conviction and the stigma and shame for something I wasn’t guilty of. With Decio, NO CONVICTION, CASE DISMISSED! And also, just as important, I don’t feel like a helpless civilian who can be railroaded into guilt, I know that if you have the right help, you can push back! Thank you again for everything Decio!
This review is from a person who hired this attorney.
Hired attorney

Beyond grateful for Decio Rangel’s legal help. When I initially called Decio, he was calming, professional, and was able to urgently schedule an appointment to see us. We retained both Decio and Mark for our case. Throughout the procedure Decio was always available and reachable upon any questions we had. He walks that extra mile for his clients and really shows that he genuinely cared. He took initiative to contact the law enforcement to handle all legal aspects of our case. Our case was dismissed thanks to Decio and Mark. Great attorneys and I would highly recommend this office for anyone in need of a attorney.
This review is from a person who hired this attorney.
Hired attorney

Best of the best lawyer

Decio Rangel Jr is one the best attorney in California! 5 stars aren't enough to justify the service and dedication Decio provided for me. He is the definition of a true lawyer! He keeps it 100% with you, answers all your questions In times of stress. I Highly recommended! If you're in need of a lawyer don't go anywhere else, victory is with Mr Decio Rangel Thanks for everything.
This review is from a potential client who consulted with this attorney.
Consulted attorney

Could not have asked for better service. Decio was incredibly responsive, helpful, and honest. He genuinely cared about getting my case dismissed and worked relentlessly until it eventually was. He returned all of my calls right away and kept me in the loop throughout the entire process- gladly answering all of my questions along the way. Other lawyers I talked to tried to trick me into spending more money, but Decio truly had my best interests in mind and it really showed. I would absolutely recommend Decio to anyone who needs a good lawyer- service doesn't get better than this!
This review is from a potential client who consulted with this attorney.
Consulted attorney

Decio is a fine attorney and I would recommend him in a heartbeat. Not only does he have a great understanding of criminal law, he is also a good person and he was there each step of the way for me when my family and I needed his help. I had never gotten into a situation like I did before and had never been to court other than being on a jury and Decio was there each time I appeared and it made all the difference. He handled every detail of my case personally including filling out and filing of documentation as opposed to handing it off to another attorney to do. He met with me off hours, weekends and I never felt not paid attention to. Despite our case taking over 16 months to conclude, he could still remember details of our first court date which is an impeccable and necessary skill for somebody who you would want to be on your side defending you in court. Decio took the time to understand the circumstances of my situation and tailored a defense that he felt would yield the best scenario for me as opposed to other attorneys I've heard about who either want the easiest least time consuming solution or the most fee generating ones. He approached our case with a sincere intent to do what's best for my family and I and that meant a lot in my book because I never felt pressured to accept something I would regret later. In times where I felt discouraged, he always reassured me and these were more than just words because he followed through with his efforts. My case resolved with almost the best possible outcome I could expect and his involvement played a huge part in this. Decio is a good family man. Have him on your side, you will be glad you did.
This review is from a person who hired this attorney.
Hired attorney

Decio was thorough and willing to listen to the facts of the case. I am a resident of Arizona and Decio represented me in my absence. Ultimately he was able to get the charge dismissed. Thank you for everything you did. It is much appreciated.
This review is from a person who hired this attorney.
Hired attorney

Before contacting Decio, I did my research online on good attorneys and the reviews were very accurate. I reached out to Decio during a difficult time and he guided me through every step of my case process. He was always very transparent and looked out for my best interest. Throughout my court hearings he always appeared on my behalf, and kept me informed of everything. Excellent work ethic and professionalism. My case was successfully dismissed, and I would gladly recommend his services to anyone.
This review is from a person who hired this attorney.
Hired attorney
See all reviews

Decio Rangel is a very experienced criminal defense lawyer who previously worked in the DA's office for many years. I've worked with Decio on criminal cases and he has always been extremely professional and knowledgeable when it comes to the right strategy and how best to represent the client. He has great courtroom presence, has earned the respect of many judges, and fights hard for his clients. I highly recommend him to anyone who finds him/herself in trouble.

A UOP McGeorge law graduate with 18 years of criminal law under his belt is what we refer to as experienced. 9 years as a prosecutor is a huge benefit over many other defense attorneys. "They know that he knows what they know". Knowledge of both criminal law and procedure is excellent and evident in his few but growing contributions here. Client reviews are stellar. READ THEM! Endorsements from his peers are also outstanding. Do yourself a favor and schedule a consultation if you or a loved one is facing a criminal case. If you are lucky he might just agree to represent you.

Decio is a fine lawyer and a fine person.

Mr. Rangel is one of the top criminal defense attorneys in Los Angeles. I have known him for nearly ten years and cannot recommend him highly enough.

Decio Rangel Jr. is an outstanding criminal defense lawyer. With experience as a former prosecutor, he knows exactly how the opposition works. He is smart, attentive, and responsible. He is skilled in a wide array of criminal cases.

I endorse Decio. He is a highly skilled attorney that is well respected in the legal community.

I worked with Decio Rangel when we were both Deputy District Attorney with the County of Los Angeles. He is an experienced trial attorney and dedicated in insuring that his clients are adequately represented. He is a talented attorney.

I endorse this lawyer. He is one of the best!