Pouya B. Chami is the principal and founder of Chami Law, PC, a California civil litigation firm representing clients in the areas of Employment Law, Employment Litigation, and Catastrophic Personal Injury.

Mr. Chami has a wide range of experience litigating in both state and federal court. Prior to forming Chami Law, Mr. Chami worked for a prominent litigation defense firm in Los Angeles representing Fortune 500 corporations, small businesses and individuals throughout California.

Mr. Chami is adept at getting complicated disputes resolved quickly and effectively. He has handled a wide array of cases through all facets of litigation, including motion work, discovery, depositions, mediations, arbitrations, and trial.

Mr. Chami is admitted to practice law in California and the United States District Court for the Central District of California. He received his undergraduate degree from UCLA before attaining his Juris Doctor from Loyola Law School in Los Angeles. While attending Loyola Law School, Mr. Chami was a member of the Loyola of Los Angeles Law Review and served as a Justiced of the Loyola Moot Court Honors Board. Mr. Chami has been named as one of SuperLawyers "Rising Stars" for 2014 and 2015.

Mr. Chami is a former President and director of the Iranian-American Bar Association, Los Angeles Chapter and mentor at the Los Angeles Youth Network. 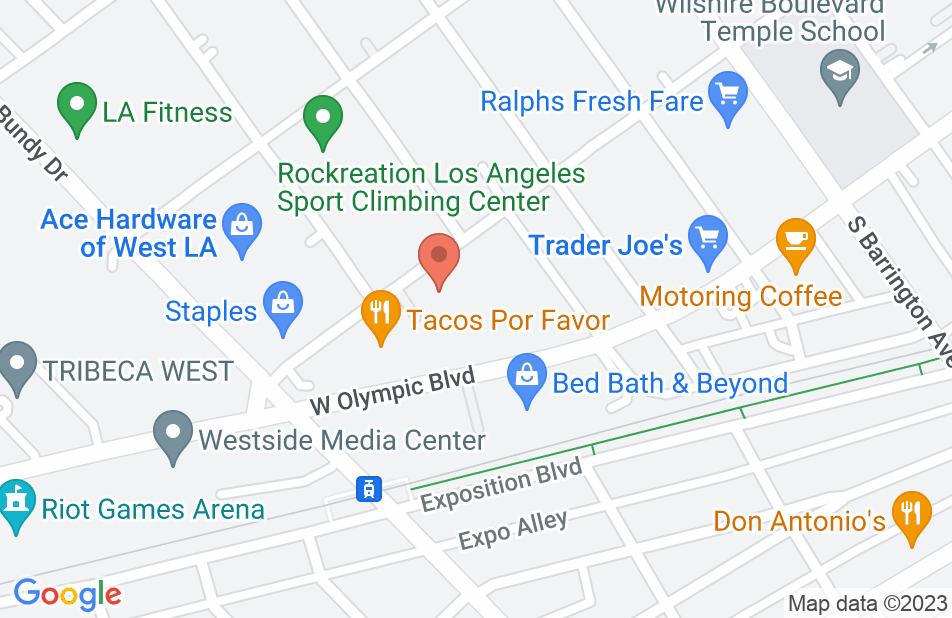 Took the time to listen and get it right

What I really appreciated about Pouya was the time he put in to listen prior to accepting the case. Not knowing what to expect was frightening but he was able to explain the process and make suggestions on the best approaches. When the case hit bumps in the road he was there to explain everything and keep me informed. I was very pleased with the outcome and would definitely use him again if needed.
This review is from a person who hired this attorney.
Hired attorney

In the beginning of the entire process I didn't know what to expect; I was scared since I've never had to resort to legal help, but Chami made me feel at ease and understood my situation beyond just trying to collect a check. I appreciate all his hard work and effort, he really knows what he's doing and I strongly recommend.
This review is from a person who hired this attorney.
Hired attorney

I definitely give my stamp of approval for Mr. Chami. He was very receptive to my situation and prompt to resolve it. He always took the time to answer all my questions and treated me with the upmost respect. I never had to worry about whether or not things were being handled in my case, he was on top of it all. He always made sure that my best interests were top priority and he never backed down to ensure I would have the best outcome. It was an absolute pleasure working with him.
This review is from a person who hired this attorney.
Hired attorney

He not only understands you as an employee but he also understands you as a human and how much help we need and he gives you that. He help me through a lot and he made me feel that I wasn't alone on this
This review is from a person who hired this attorney.
Hired attorney

Pouya, Thank you for listening to me and believing in me from day one. Because of you, I pushed foward even when in fear and feeling lost. I felt the support and confort from you. Word's cannot describe how I feel knowing justice has been served. Hopefully this will encourage other women to speak up and trust me when I say this, you gave 110%. I witnessed a hard working dedicated man deliver an outstanding performance and truly master of the craft. Pouya, fought these battles for a little over 3 years and won my case. Again, thank you and god bless you and your family! You are amazing!
This review is from a person who hired this attorney.
Hired attorney

Mr Chami got me the justice I needed. After being wrongfully terminate, I didn't know who to approach. I didn't feel confident in the other two lawyers I was referred to by friends and family. Mr Chami, helped me understand the law and how I was wrongfully terminated based on the law. He assured me that he will do everything to get me justice. He is the man. Call him now.
This review is from a person who hired this attorney.
Hired attorney

Mr. Chami represented my mother-in-law in a personal injury lawsuit where she was involved in an auto accident where the other driver was at-fault but refused to acknowledge liability. He obtained a GREAT result for her, addressed all of her concerns, and kept her closely updated on the status of the lawsuit throughout the entire process. He genuinely cares about his clients and I would highly recommend Mr. Chami for any type of litigation need.
This review is from a person who hired this attorney.
Hired attorney

Mr. Chami is an excellent attorney. He handled my lawsuit against my job after they fired me because they thought I was too old and they werent paying me overtime for a long time. He cared a lot about my case and got me much more money than I expected. He is honest and a really nice man. Whenever I called him, he always talked to me and explained the case to me. Its so hard when you have worked somewhere for a long time and they just fire you for no reason and you have nothing. I am very thankful to Mr. Chami for his great work on my case and I would recommend him highly.
This review is from a person who hired this attorney.
Hired attorney

Mr. Chami knows his field of practice! He is also caring that I was not in a bundle of nerves when he had to represent my case in court. He explained everything to me step by step the process that needs to be taken for my case. He is the only attorney that actual returns a phone call and/or email within a reasonable time frame! While other attorneys do not give you time of a day once you sign an agreement with them, Mr. Chami is certainly NOT one of these attorneys. His expertise and knowledge in his field is impressive. I know people give attorneys a bad name but Mr. Chami is not considered in that group. In the future, if I ever need an attorney for any legal advice, I will go to Mr. Chami because I know he will lead me the right direction. He is kind, caring, genuinely a whole human being!
This review is from a person who hired this attorney.
Hired attorney

A Huge Asset To The Law Profession

Many people have a stereotypical idea about lawyers: They cheat, they lie, they don't have any human qualities, etc. Mr. Chami completely destroys those stereotypes. Mr. Chami is an honest lawyer. He won't hold your hand to try and soothe your anxieties while telling you how everything is going to be great. He will never promise you that you'll win your case or a certain amount of money. Right from the start, he tells it like it is. This doesn't imply that he is mean; he is very nice, but realizes -- unlike many other lawyers -- that it's best to be honest about a case upfront so there aren't any hidden things or disappointments that come out later. I was unjustly fired from a job for unethical reasons I won't get into. But even before I was fired, the job made my life a living hell. I was absolutely hopeless and talked to several lawyers who didn't think my case was worth anything. Sadly, some of those lawyers didn't understand employment law. I knew Mr. Chami was different as he was not only knowledgeable about employment laws, but demonstrated how they applied to my case. When I chose him as my lawyer, he always returned my calls and emails right away. He's not the type who ignores your emails and comes up with some type of "I was at court" excuse or "I was sick" excuse. The most important reason I sought legal representation was because I needed to feel vindicated for everything that happened to me on the job. I, as well as others who knew more about my type of case than I did, never thought the case would be worth a lot of money. Mr. Chami brilliantly found things in the case that most lawyers would have looked over. For example, he realized that my employer used an outside human resources company to help manage things. Even though they weren't directly responsible for my treatment, they were technically responsible for some of the damages and Mr. Chami was able to prove this. The amount of money the company had to pay out was THREE-AND-A-HALF times what I ever imagined. Of course, there are contingency fees and other expenses -- things Mr. Chami tells you about right up front. And when I received the final check, there weren't any paper basket fees, lawyer entertainment costs, or any other "mystery fees" taken out of the settlement. Once again, even more important than the settlement is the vindication I feel now for the horrible way I was treated. Thank you, Mr. Chami, for believing in me and my case. Your dedication to getting this case satisfactorily resolved not only helped me, but taught the people who manage the former company I worked for a very valuable lesson.
This review is from a person who hired this attorney.
Hired attorney
See all reviews

I had the pleasure of working with Pouya on a very complicated case involving multiple parties. I found him to be a very smart and aggressive attorney who truly cared about our clients and stopped at nothing to get them the best outcome possible.

I endorse Attorney Chami without reservation.

Mr. Chami brings his patient demeanor and steady hand to the otherwise challenging world of business and employmemt litigation. Having known Mr. Chami since law school and worked with him on a high-profile wrongful termination employment case, I confidently give Mr. Chami my highest endorsement.

Mr. Chami is very knowledgable and professional. I always look to him when I have a question about Employment/Labor law.

Mr. Chami is an excellent attorney and possesses impressive knowledge of both employment and business law. His work ethic and dedication to his clients is unparalleled. Needless to say, I would hire Mr. Chami as my attorney.

I endorse this lawyer's work. Pouya is a very hard worker and team player!