Rodney Mesriani is the principal partner of Mesriani Law Group which has its main office in Los Angeles and satellite offices in San fernando Valley, and Irvine

Rodney Mesriani has spent years specializing specifically in four areas of law: Personal Injury; Business and Civil Litigation; Employment and Labor; and Disability. He is an experienced litigator and a skilled trial attorney.

Mr. Mesriani received his Bachelor of Science degree in Accounting from California State University Northridge prior to attending Southwestern School of Law where he received his Juris Doctorate degree. He was admitted to practice law before the California Supreme Court and other lower state courts, United States District Court-Central District, and United State Court of Appeals for the Ninth Circuit in 1996.

Rodney Mesriani was a full time Judicial Extern for Judge William J. Rea of the United States District Court, Central Branch in 1995. He was also a full time Extern for the Department of Corporations, State of California in 1994. He also received a Certificate of Honor for being the Best Writer during the Moot Court Honors Competition in 1994.

Rodney Mesriani has performed pro bono services over the years and has received a letter of appreciation from UN for his dedicated service and outstanding contribution to the development of the UN (NGO) International Association Educators World Peace, World Peace Marshal Arts Embassador Association, and UN News. He has also received a Certificate of Honor for his services and his name has been inscribed in The Golden Book of Jewish Unity.

Rodney Mesriani has attended hundreds of seminars and State Sponsored MCLE events over the years in order to be informed of the latest laws and litigation strategies, and to further hone his litigation and trial skills.

Mr. Mesriani has appeared on television numerous times and has his own weekly radio shows on KRLA 870AM Radio and KIRN 670AM Radio discussing various legal issues. 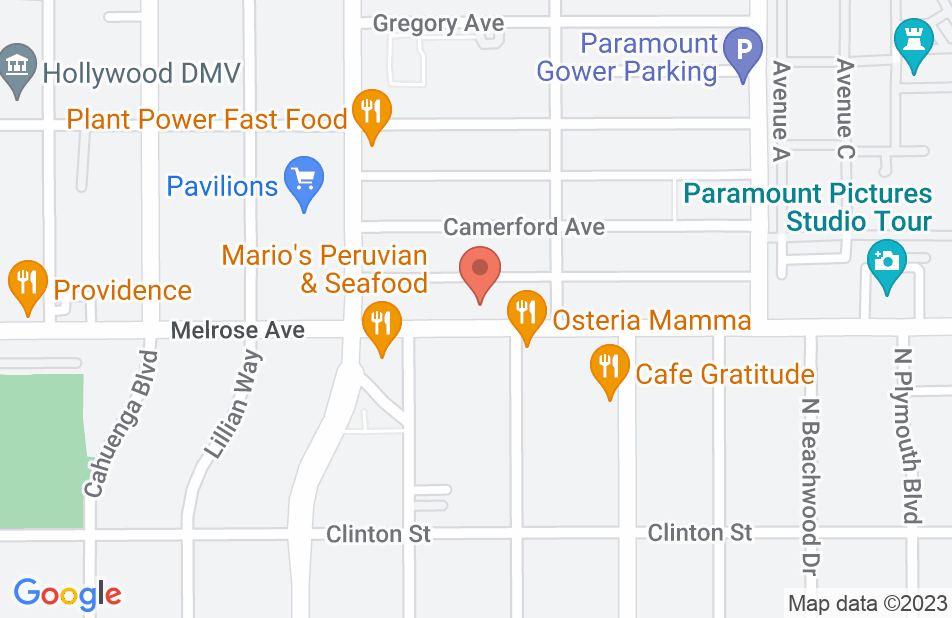 Mr Mesriani is by far one of the most exceptional attorneys I've ever had the pleasure of working with. Mr. Mesriani and his team provide excellent legal counsel and I would recommend them to everyone. Baharan as my case manager was really carring and always respond my emails and calls very appropriate and quickly. Mr. Mesriani handled my case and I was very happy with the outcome. Thank you so much Baharan and Mr Mesriani.
This review is from a person who hired this attorney.
Hired attorney

Rodney and his team were professional, compassionate, and helpful from the beginning of my case throughout. He and his team gave clear and informative advise and kept me abreast every step of the way.
This review is from a person who hired this attorney.
Hired attorney

They really helped me and my boyfriend out. They fought hard for us and took care of us.
This review is from a person who hired this attorney.
Hired attorney

Great service received my settlement really quickly and had great communication with all who worked there.
This review is from a person who hired this attorney.
Hired attorney

Rodney was great as my attorney and helped me put closure to a bad situation. Very professional, but he was also very human. I highly recommend Rodney Mesriani
This review is from a person who hired this attorney.
Hired attorney

Mesriani Law is absolutely the best firm you can have on your side to help you step by step day by day. I highly recommend Mesriani firm to those who want MAXIMUM results and PROFESSIONALY COMMITED experts in your unlawful situation. Rodney/& his team are some INCREDIBLE attorneys that has the time to sit down and personally talk face to face & make you feel at ease with a difficult situation. With any future unfortunate/unlawful situations that I may come across I will definitely be going back for the best advice. Look no further Mesriani Law firm is ALL YOU NEED ON YOUR SIDE!
This review is from a person who hired this attorney.
Hired attorney

Hiring my lawyer Rodney Mesriani was one of my smarter decisions in life, and it turned out better than I expected. I do not have much experience in this field, and the whole process was explained to me clearly from the start. Quickly after talking and then meeting with my lawyer, I found him to be trustworthy and good at explaining the process in terms someone like me would understand. Together, we had a successful class action settlement, and I was the rep for the class members. The actual day the settlement came to an agreement went smoothly, and I’m glad I chose Rodney.
This review is from a person who hired this attorney.
Hired attorney

Mr. Mesriani helped me with legal issue in the most professional , sincerest, and successful way! Thank you sincerely!
This review is from a potential client who consulted with this attorney.
Consulted attorney

Rodney Mesriani is by far one of the most exceptional attorneys I've ever had the pleasure of working with. Mr. Mesriani and his team provide excellent legal counsel and I would recommend them to everyone. Mr. Mesriani handled my personal injury claim and I was very happy with the outcome. In addition the office is the most gorgeous law firm I have ever been too. It is tremendously clean, and modern!.
This review is from a person who hired this attorney.
Hired attorney

Rodney Mesriani's Personal Injury team is the right choice. I was injured on a jobsite which for me to try to explain would be as complicated as it was to explain to them when I had my free consultation. But to my great satisfaction Mesriani's team lead by Sanaz Imani new exactly what to do, who to talk to and how to execute. This process was not fast, not by any fault of my new legal team but because of the meticulous process it takes to get all your T's crossed and I's dotted. Coming full circle I was introduced to James Fox a member of Mesriani law and a superior and well respected litigating attorney in his field. James and Sanaz efforts,brilliance and experience was the Game Changer. In the end I walked away greatly satisfied and feel I've created a long term professional friendship with this group. I highly recommend Mesriani Law Group!!!!
This review is from a person who hired this attorney.
Hired attorney
See all reviews

Rodney Mesriani is extremely knowledgable and vigorously represents his clients. He has my full endorsement.

Top-notch attorney. I endorse this lawyer.

I endorse Rodney Mesriani. All the clients I have referred to him have been very happy with his representation. His clients seem to love him. When we request information on PI cases he is very quick with a response. He is totally honest, very competent and quick to respond to any inquiry.

Mr. Mesriani is an outstanding attorney. His legal theories are sound and his arguments are sharp. I endorse Mr. Mesriani.

Rodney Mesriani is an experienced attorney whose participation and comments in Avvo show his commitment to serving clients as well as his level of experience. He is an excellent attorney that I recommend wholeheartedly.

Rodney Mesriani is an experienced, skilled, aggressive and zealous advocate for his clients especially in his primary areas of practice: personal injury; business and civil litigation; employment and labor; and disability. I would strongly recommend anyone needing a lawyer in any of these areas in Los Angeles or a surrounding city to contact Rodney Mesriani.

I highly endorse this lawyer and refer him cases. He cares about his clients!!!

I endorse this lawyer for his legal tactics and expertise that he utilizes in presenting his personal injury cases.

I endorse this lawyer. Mr. Mesriani is highly professional; and, if you are unfortunate enough to require the assistance of a personal injury attorney, he will help you achieve the best possible outcome.

I endorse this lawyer. He is ethical, caring and gets great results for his clients.

I endorse this lawyer. He is an extremely knowledgeable and aggressive lawyer.

I endorse this lawyer. I met Rodney many years ago when he and I were opposing counsel in an employment law case. I was most impressed by his legal knowledge, ethics, and negotiating savvy, and ever since then we have cultivated a mutually rewarding professional relationship. Rodney is a great resource to the community, because he is an experienced litigator who understands the practical and legal side of employment law from every conceivable angle. Not only that, he never fails to make me laugh.

Rodney is one of the elite southern California injury and civil trial attorneys. He is extremely competent and a zealous advocate for his clients. I enjoy following his blog which has led to me learning and/or gleaming many valuable lessons.

I highly endorse this lawyer. I refer clients and family members to Rodney. He is great. Nikki Mehrpoo Jacobson www.jacobsonhan.com Immigration, Workers' Compensation and Criminal Defense

I endorse this attorney's work. He is a knowledgeable attorney who obtains outstanding results for his clients.