I am an aggressive civil litigator who fiercly advocates for our clients' interests. My legal team and I have taken on America's biggest insurers for bad-faith insurance practices, foreign countries for their activities in the United States excepted from sovereign immunity and powerful private and public actors who will only hear the strong voice of powerful repesentation.

Before founding the Obagi Law Group, P.C. (formerly Obagi & Stodder LLP), I practiced law with Allen Matkins LLP and Jones Bell LLP.  I founded my own practice to be able to assemble and direct a unique attorney team for matters requiring subject-matter specific legal knowledge.  In building these agile and refined legal teams, we deliver the strong, unrelrenting representation that clients demand and deserve from their lawyers. 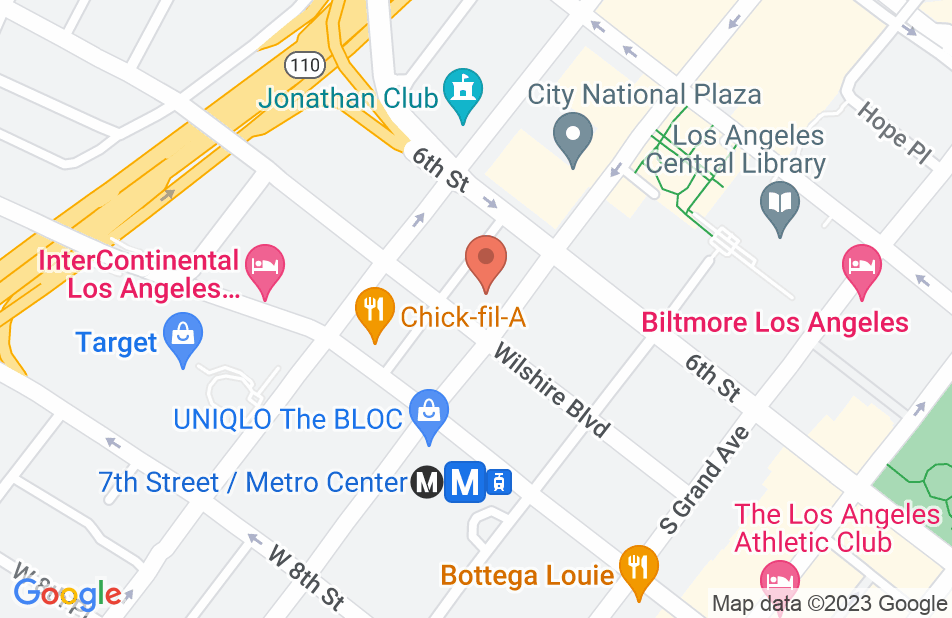 Obaji Law Group did an absolutely fantastic job handling my cases. Two separate ligations in 2 years and OLG was able to help us recover over a 1/2 million dollars. Zein Obaji and the whole team were always incredibly responsive, detailed, and thorough, and went above and beyond the call to get results. Their services were exemplary, and I am extremely satisfied with the work they provided. Fantastic service, fantastic results. HIGHLY recommend, and will be a lifelong customer. -Universal
This review is from a person who hired this attorney.
Hired attorney

I was referred to Zein from another attorney. I had a real estate matter to be resolved ASAP and Mr. Obagi and his team handled it with utmost professional way. Zein is extremely knowledgable attorney, that was able to resolve the matter in my favor. Everyone on the staff is extremely nice, professional and do their job efficiently. If you have any real estate matters and you need an attorney, Mr. Obagi is your guy. Thank you Zein, for all your efforts. I will be using your services going forward!
This review is from a person who hired this attorney.
Hired attorney
See all reviews

Zein is a top notch attorney who wants the best outcome for his clients and, most significantly, cares for them. Don't hesitate to seek his services if you happen to need an attorney in the Los Angeles area.

Zein is at the top of his field and the best of the best. I highly recommend this lawyer. You are definitely in good hands with his knowledge and skill.

I highly recommend Zein because of his professionalism, compassion and knowledge of the law. If you are seeking legal counsel, call Zein today.

Seth Smiley, Construction and development Attorney on May 23, 2016
Relationship: Fellow lawyer in community

As a fellow litigator, I know a good attorney when I meet one. Zein is great. His attention to client detail outstanding, along with his knowledge of the law. Litigation in California can be tricky, so it is important to have someone experienced like Zein fighting for you.

John Morgan, Bankruptcy and debt Attorney on May 21, 2016
Relationship: Fellow lawyer in community

Zein is much more than THE BEST consumer advocacy litigator in his community. He is a leader on the subject of defending individuals from meritless collections actions and junk debt on a national level. He advises and mentors other litigation attorneys from all over the country. His command of California consumer law is truly amazing! He is passionate and committed to making a difference for his clients, preferring solutions to courtrooms. He truly cares about people! This sets him head and shoulders above the rest. He is truly a Super Lawyer.

Zein is an all-star. He treats his clients like no one else - he knows the law well and apllies systems in his practice that deliver results for his clients in a lasting way. I would recommend Zein for any business litigation matter.

Donald Hammond, DUI and DWI Attorney on Dec 3, 2014
Relationship: Worked together on matter

Zein is a fierce litigator. We have worked together on several cases, and I'm glad to have always been on his side in the courtroom.

Zein comes highly recommended because of his attention to details, preparedness in the courtroom, and resources to deliver results no matter how high the stakes are. He deeply understands the array of issues businesses face when navigating the legal process, and his notable experience and proven track record are only a few of the reasons why I recommend him to anyone in need of a civil litigator. Above all else, what impresses me most about Zein, is that he finds time to give back to the community—he exudes integrity and I endorse him wholeheartedly.

Zein is a consummate professional and rising star in the business litigation community. Having seen his work product in a commercial litigation cases, I can attest that he can provide superb representation in suits involving fraud, fraudulent inducement, breach of fiduciary duty, breach of contract, and other business litigation issues. A+ Business Litigator.

Zein is a very bright and personable lawyer, and an all-around good guy. We've worked together on a number of matters over the years, including a hotly contested unlawful detainer trial against an illegal marijuana dispensary, where Zein provided key insights and assistance to get a great result. It's extremely easy to get along with Zein, but don't be fooled. Underneath his easygoing charm is a tough-as-nails litigator who will relentlessly pursue success for his clients. It's always a pleasure to work with Zein and I'd recommend him without hesitation.

Zein is a zealous advocate for his clients.