My practice is based on aggressive and detail-oriented representation, focusing on employment discrimination, business/commercial law, wage and hour disputes, harassment, and wrongful termination.

Prior to starting The Zoldan Law Group, I worked for two firms in Arizona where I had an opportunity to hone my litigation skills by working on numerous litigation cases at a time with some of the most skilled litigators in the state.

I also have experience working as an extern for the Equal Employment Opportunity Commission in its Trial Attorney Department, and also as an intern for a Maricopa County State Court Judge. 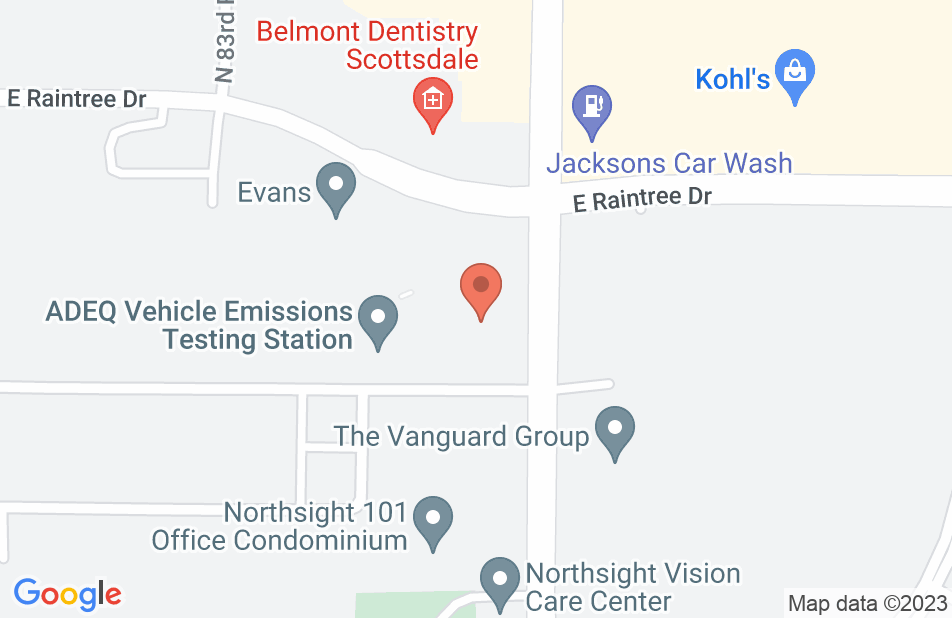 Mr. Zoldan won me a ton of money for a sexual harassment suit against a fortune 200 company. It was a long time coming and I feel vindicated in my results. He took me through the EEOC into filing a lawsuit in Federal Court and then settling at mediation. The process was explained to me perfectly and the results were better than expected. Mr. Zoldan fights for the people who don't know the law and have little voices out there over big corporations.
This review is from a potential client who consulted with this attorney.
Consulted attorney

Settled at mediation with help from Mr. Zoldan

I consulted and then hired Mr. Zoldan for a racial discrimination at work. We settled at mediation and we were both happy with the result.
This review is from a person who hired this attorney.
Hired attorney

I recently engaged the Zoldan Law Group in a complex contractural issue - they were able to help me understand my options, walk through pros/cons for each and provide a thoughtful recommendation. Ultimately, they gave me much needed clarity and confidence throughout the process and I will gladly engage them in future matters. I highly recommend them if you are looking for smart, accurate and helpful legal work.
This review is from a person who hired this attorney.
Hired attorney

Michael Zoldan provided me legal advice around a non-compete issue I had. I found his level of attention, promptness, and knowledge very helpful. He was able to provide me with the info I needed to make the correct decision in a very stressful situation. I have worked with other lawyers on the past. I wish I could say they were all as professional and respectful of my time and situation as Michael was.
This review is from a potential client who consulted with this attorney.
Consulted attorney

I just had a consult with Michael. He was informative on all the issues that I raised. I definitely got my moneys worth. His answers were thought out and the scenarios were very realistic that I bet that all occur.
This review is from a potential client who consulted with this attorney.
Consulted attorney

Settled a 6 figure deal within 4 months of hiring him. I couldn’t believe it when he called to tell me the good news.
This review is from a person who hired this attorney.
Hired attorney

I am not one to write testimonials often, as I believe when you hire someone to provide any kind of professional service, you are entitled to good work. However, my success and experience with Michael Zoldan and his legal team was simply above and beyond, and deserves a testimonial. My situation involved a dispute about my role and performance in senior leadership function, with my employer, , , entailing hostile workplace, bias, and retaliation. Michael Zoldan and his team represented me during a formal process to demand action, and then assisted me with EEOC mediation proceedings. Thanks to his guidance and expertise, we were able to secure a sizable monetary settlement, mutually agreeable separation, and several favorable non-cash protections and performances to aid with subsequent job search activity. His fees were more than reasonable. More important than the settlement outcome though, is the manner and experience I had with Mr. Zoldan and his team. Beginning with the initial assessment, I was asked thoughtful questions and provided with a “could be” scenario that would develop as different steps were pursued. All of Michael Zoldan’s “could be” steps became reality, in the manner and order he predicted. This uncanny accuracy is a testament to his experience. Personally, I was treated with respect and professional empathy—but never pity and never as a means to pursue a ridiculous fee or unreasonable settlement. In other words Mr. Zoldan and his team truly became my advocate. His candor and compassion kept conversations honest, expectations realistic, and execution of steps in the process as smooth as they could be. His involvement clearly improved both the speed at which my case was resolved, the amount and nature of the settlement, and most importantly the manner in which I was treated. I encourage and implore those of you having issues with your employer, who have tried “proper channels” with no success, to engage the services of Michael Zoldan and his team. For a truly reasonable fee, you will be made financially whole, emotionally comforted, professionally vindicated, and able to move ahead with the rest of your professional life happily and easily. Thank you Mr. Zoldan and Team for what I call my "triple goodness" outcome.
This review is from a person who hired this attorney.
Hired attorney

Expert attorney there for you when you need someone the most.

Mr. Zoldan represented me in a case that spanned two different employers over two different states. He was there to guide me through a difficult ordeal when I had limited options. Through his expert guidance, we were able to come out with a very favorable settlement. I cannot relay how much his perfessionalism and expertice meant to me.

I had Michael review some employment contracts. He explained everything in them and told me which ones I should renegotiate on. His rates were very reasonable also.

I found Michael during a difficult severance negotiation with my former employer. My previous employer was a fortune 500 ($10B + annual revenue) that had an army of attorneys. Michael was professional, timely, and honest in laying out my options with the appropriate level of risk so I could make my decision on the path forward armed with as much guidance as possible. In the end, the negotiation went strikingly similar to what Michael expected. If you're in need of a great, honest, and transparent labor attorney then Michael Zoldan and "The Zoldan Law Group" is your best bet! The end result is I paid Michael a fee and he negotiated a settlement increase that far exceeded his well priced and well delivered legal services.
See all reviews

Matthew Fendon, Employment and labor Attorney on Dec 4, 2014
Relationship: Worked together on matter

Mike Zoldan is a fantastic employment lawyer that I frequently refer cases to and trust to assist my clients with complex issues. I highly recommend him.

I endorse this lawyer. Mr. Zoldan is a well respected experienced advocate in the legal community.

I endorse Michael. He is a highly skilled attorney and is well respected in the legal community.

I endorse this lawyer. A great advocate and fights for his clients in court.

I endorse Mr. Zoldan. He is a respected member of the legal community.

I wholeheartedly endorse this lawyer. A brilliant, trustworthy and highly respected attorney in the legal community

I endorse this lawyer. Michael has a well earned reputation representing businesses in his community. He is well respected.

Michael Zoldan is an intelligent and thorough attorney. His work is excellent.

I endorse Mr. Zoldan. He is well respected in the legal community.

I endorse this lawyer, his answers on Avvo appear to be extremely knowledgeable.