Attorney Shane Miller is a skilled and experienced trial and litigation lawyer. Mr. Miller’s major areas of practice over the previous 12-plus years have been in criminal and DUI defense as well as plaintiff’s personal injury.

Mr. Miller earned more than 4 years of experience as a prosecutor at the Maricopa County Attorney’s Office. During this time, Mr. Miller prosecuted hundreds of felony and misdemeanor cases and evaluated cases through the eyes of the State. Mr. Miller was quickly promoted to a major crimes bureau, where for years he worked complex and important cases. Mr. Miller understands how prosecutors think and the processes used when they evaluate cases. He uses his knowledge to force the government to overcome its significant burden of proof while making sure that it adheres to the strict rules and laws guaranteed by our Constitution.

Mr. Miller also handles auto accident, premises liability, and other personal injury cases. He earned his experience while working at an established personal injury firm, then he expanded into personal inury practice at his own firm. Mr. Miller fights on behalf of plaintiffs who need a skilled, aggressive and thorough advocate. Mr. Miller’s greatest satisfaction has always been the heartfelt appreciation expressed by his clients after a trial win or an exceptional case resolution.

Before embarking on his legal career, Mr. Miller was an editor of America West Airlines in-flight magazine, where he polished his writing, researching and analytical skills. Mr. Miller enjoys spending free time with his family and friends, traveling, and attending Sun Devils athletic events. His outgoing and competitive personality shows in his organization and participation in recreational sports leagues. 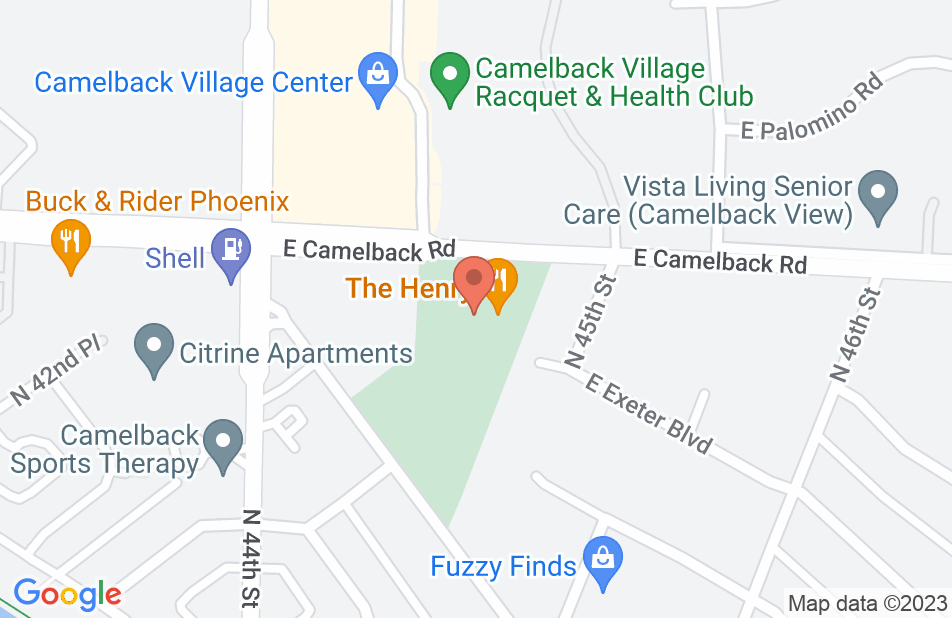 As a father of a teenage daughter with a bright future ahead of her, you can only imagine how worried and concerned we were when our daughter was involved in an automobile accident. She was facing potentially felony charges. Shane was instrumental in getting 4 of the 5 charges dismissed. Additionally, Shane was successful in getting the 5th charge lowered to a misdemeanor with no jail time or fines. Amazing! Once we retained Shane we were confident that we had the best representation possible and Shane made a very difficult and stressful situation very easy. I would highly recommend Shane for anyone looking for great representation from a true professional. Thank you Shane! Best, Scott W.
This review is from a person who hired this attorney.
Hired attorney

Shane helped me lower felony charges to a low misdemeanor with no jail time or fines. He’s by far the best lawyer I’ve ever had. He also followed up with my case after he got my chargers lowered.
This review is from a person who hired this attorney.
Hired attorney

Assigned through Public Defense but DEFENDED like a HIRED attorney!

I am not from Arizona and got arrested while visiting. Shane was assigned to me through the PD's office. He answered my calls from jail, handled my case professionally, efficiently and made sure I knew exactly what was going all throughout my experience. He explained Arizona laws and made sure I knew the process and that all my questions were totally answered. With his help I was able to plea down to a signicantly lower charge, get out of jail prior to sentencing and only serve probation when there was possible prison time for my original charges! He even remembered me when I called for probation questions a full 6 months later and over a YEAR LATER when I had questions for a friend. He's number one on my list if I talk to anyone in need of legal help for referrals!
This review is from a person who hired this attorney.
Hired attorney

My first reaction when I learned my son was arrested for driving under the influence was to leave him in jail so he could learn his lesson, but as the day progressed and as I tried to learn all the terms that were being thrown at me with no clear understanding of when my son would be released. I called Shane on a Sunday late afternoon & he answered! He explained what was happening and said he could be at the court house when he went in front of the judge. Shane took care of everything, explained next steps and always kept me informed. I never thought I would have the need to hire a lawyer, but the decision to call Shane was one of the best decisions I've made. The weight of that day seemed to immediately lift after talking to Shane.
This review is from a person who hired this attorney.
Hired attorney

Crimanal Case Was Dismissed Thanks To SHANE MILLER!

If you are ever in a pickle with the law and need a lawyer. Shane Miller is the guy you call! He will give it his all to reduce your charge(s) and will succeed as he did with my case. Shane was on top of everything and kept me well informed throughout the whole process. He helped me get through this whole situation stress-free. He is very professional and will always answer when you call unless he is in court reducing another clients charge(s). I would recommend SHANE M. MILLER to anyone that needs a Criminal defense attorney!
This review is from a person who hired this attorney.
Hired attorney

DUI with BAC 0.125% reduced to a traffic violation

Hiring Shane as my defense attorney was one of the best decisions I've made. From the very beginning, Shane was very responsive and kept me informed about every single aspect of the case and also about possible outcomes. Mr. Miller did a lot of hard work and was able to punch enough holes in the case to get it successfully reduced to a reckless driving plea. I highly recommend Shane Miller especially if you find yourself in a situation where you have been charged with a DUI. Thank you Shane once again for saving my career and my immigration status by getting the best possible outcome for my case....
This review is from a person who hired this attorney.
Hired attorney

It's really hard to find an honest, reputable attorney who has your best interest in mind and Shane Miller is exactly that! I was arrested late at night and Shane actually came and visited me at the Mesa Police station in the middle of the night and kept me from having to serve more time. He was also able to reduce the severity of my charges. I can't thank him enough! If you need an attorney, I would recommend Shane Miller in a heartbeat to anyone!!!
This review is from a person who hired this attorney.
Hired attorney

This was a first me! I've never been to court and I did not know what to expect. It wasn't until I hired Mr. Miller, he is very professional and took my case with confidence. He's very attentive and kept me informed every step of the way. Mr. Miller even got my case dismissed at my hearing before the judge and he kept me from getting a warrant! Thanks Shane!
This review is from a person who hired this attorney.
Hired attorney

wouldn't use anyone else!!!

Shane is an amazing attorney that believes in his clients and will work to no end to prove their innocents. I hope my family never needs his services again but if we did he would be our only choice! He kept our family up to date on everything, called about changes even when he was on vacation. I sometimes think that I'd still be visting my brother in jail if it weren't for Shane. I know myself and my Mom feel eternally great full for his services in my brothers case. Thank you Shane

I had cause to retain Shane's services in connection with a need on my part to have 2 separate misdemeanor verdicts (one of which had been a felony, reduced to a misdemeanor upon satisfactory completion of probation) set aside in two separate courts: City of Phoenix, and Superior Court. Both were nearly 20 years gone by when I sought Shane's assistance. This is pertinent because it predates the massive conversion of records to electronic media and this added a significant degree of aggravation for Shane and his staff. This was hardly a landmark Supreme Court decision, yet Shane always made me feel like I had his undivided attention. He was always friendly and courteous, attentive, active on my case, and professional. I was and am very pleased with Shane's handling of the matter and with the outcome. I would unquestionably seek him out for any legal service needs I might have in the future, and, would absolutely have no hesitation in recommending him to you.
See all reviews

Mr. Miller is highly intelligent and an effective communicator. His professional experience as a prosecutor make him a valuable asset for his clients. I gladly recommend him to prospective clients or to other attorneys for referrals.

I have worked with Shane on a number of cases and have always found his knowledge, skill and competency to be superb. I recommend him without reservation.

Mr. Miller is an experienced trial attorney who gets great results for his clients.

Highly recommended. Great attorney who cares about his clients.

I endorse Shane. He is a highly skilled attorney that is well respected in the legal community.

Shane and I previously worked together at the Knowles Law Firm. Shane is a resourceful and highly intelligent attorney. He exercises a great balance between fostering positive relationships with prosecutors and doggedly fighting criminal charges in trial. I strongly endorse Shane for any criminal matter.

Shane has the experience and skill that is necessary in an excellent defense attorney. I have observed it working with him and as opposing counsel. I endorse this lawyer.

Mr. Miller is an excellent criminal defense attorney who fights hard for his client's rights. He is a skilled litigator and his experience as a former prosecutor makes him a force to be reckoned with. I recommend this lawyer.

I endorse this lawyer. Shane is an experience attorney who I have worked with at the County Attorney's office. I found him to be knowledgeable and well respected. I would recommend him to anyone charged with a crime in Arizona.

Shane is a fantastic attorney. I worked with him for a couple of years as colleagues and he was always professional and courteous. He is an excellent addition to the legal community. I fully endorse Mr. Miller.

I worked with Mr. Miller when the two of us were prosecutors together. Mr. Miller is an experienced trial attorney who is dedicated to achieving the best outcome in every case he handles.

Steven Meyerand, Criminal defense Attorney on May 7, 2013
Relationship: Worked together on matter

I first worked with Mr. Miller as a prosecutor at the County Attorney's Office. As a prosecutor, he was always hard-working, ethical and successful at trial. As a defense attorney, he has continued to achieve excellent results for his clients due to his excellent advocacy skills.

I first met Mr. Miller when he was a felony prosecutor for Maricopa County. He progressed rapidly and was promoted at the prosecutor's office to handle very complex cases in the Fraud and Identity Theft Bureau. I know he brought the same tenacity, diligence, and attitude into his criminal defense practice and I have seen his clients benefit as a result. He receives my endorsement without hesitation.