Formerly a partner at a DWI law firm, Meghan Rogers has developed specific experience and expertise in handling DWI cases. While attending Texas Tech University School of Law, she clerked for several notable criminal defense attorneys in Lubbock. She also practiced as a student attorney in the criminal defense clinic during her third year of law school.  She has dedicated her training and career to DWI and criminal defense.

DWI Experience
Over the past 4 years, Meghan has represented clients accused of driving while intoxicated in over 500 contested hearings and trials.  She believes that knowledge of the law and police procedure is key to a strong defense.  She completed the same training law enforcement officers must undergo to conduct field sobriety tests and DWI investigations. She has also studied the science behind the blood and breath tests used by police, which has been instrumental in winning cases with BACs more than twice the legal limit.

Meghan represents clients charged with DWI, drug possession, and a variety of other criminal offenses. She is particularly skillful in working with college students and their families to keep criminal convictions off their record.  She understands that many clients are not familiar with the court system, and she spends a great deal of time explaining the process and keeping her clients informed. 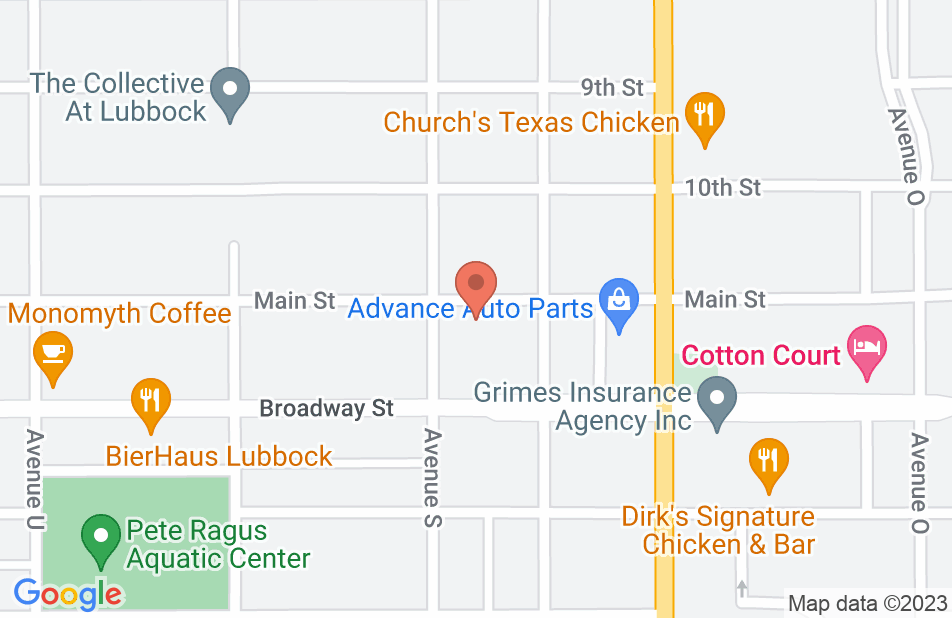 In my case, Texas Tech University's Office of Student Conduct and Resolution Center were investigating allegations of Assault, Threat, and Intimidation, while Investigators for Lubbock county investigated a few criminal allegations. As someone who was looking forward to graduating, moving, and starting a professional career, I began to wonder how I would deal with these very serious allegations. I already knew that TTU has a track-record of being unfair and uncooperative when someone is accused of any wrongdoing on campus, so I became concerned that these false accusations would be upheld by TTU and that they would REVOKE all of my degrees. It did not take much thought to realize that I needed to hire Meghan, so I did. As soon as she started my case, I felt a sense of relief and comfort because I knew that I would not go through the process alone. After a few months of working with Meghan and her keeping in touch with the DA's office and the investigator, the DA's office determined that there was "No Merit" to the accusations made by the individual, so they left me alone; however, TTU refused to give it up. In fact, TTU continued pursuing this for almost an entire year. While TTU does not allow an accused individual to have representation, because, as they will continuously repeat, "this is not a legal process"; Meghan was still incremental. She communicated with TTU often, sat in all of the meetings and pre-hearings with me, and always had a game plan. Even when TTU would give us less than 24 hours to review 100 pages, Meghan was ready and prepared to answer all questions and to make corrections where needed. She worked as if it was her degrees and livelihood on the line, which I appreciated. Oddly enough, it appeared to me that she was actually liked by the people who handled my case at TTU, which only helped my case. Meghan also requested all evidence the DA's office collected to find no merit in the accusations, and she was able to retrieve it ALL. She then sent all of the evidence to TTU so that we could use it during the hearing. She also made sure that all of the information we ever sent was included in my file so that I could use it during my hearing because TTU will exclude favorable evidence. In fact, Meghan caught several mistakes made in the evidence TTU collected, evidence that we asked to be included in my file was not and should have been, and she made them change the wording or paraphrasing of key information to make it fair for me. TTU's process is not fair and they deprive people of their bare constitutional rights. I will say one thing about this experience: It takes a great lawyer to win a case, but it takes a master of the law to win a case in a world where there are no rules, rights, or fairness. Meghan is definitely a master when it comes to the law. A year later and TTU found me not responsible for the laundry list of allegations they charged me with. Not many attorneys handle these types of cases because they do not feel they can do anything because of how unfair TTU is and because they are unfamiliar with their made up rules, but Meghan certainly is not intimidated. I definitely recommend Meghan as an attorney, especially if you have to deal with TTU.
This review is from a person who hired this attorney.
Hired attorney

I hired Meghan in 2015 to fight an inflated DWI charge on my behalf. Not only did she resolve the case with the assistant D.A. before we ever saw the inside of a court room, but she succeeded in getting the charges dropped to a much more accurate and fair charge. Simply put, justice was achieved. We (the People) deserve more lawyers like her. She is as tough as she is knowledgeable about the justice system. I absolutely endorse her and say truthfully that hiring her was a great investment in my future. I shudder to think where I would be without her.
This review is from a person who hired this attorney.
Hired attorney

Ms. Rogers represented me for a DWI case. She was able to get it lowered to reckless driving, which I will forever be grateful for! She was very informative, helpful and patient with all of my questions. I definitely recommend her services.
This review is from a person who hired this attorney.
Hired attorney

Made a horrible situation the best I could imagine!

Meghan was so thorough, polite and understanding. She listened to every concern that I had and was willing to listen to what I really wanted to happen out of my case. I was arrested for DWI and was facing serious charges. She worked very hard on the case. She looked at all the evidence and was able to analyze things in my favor. I was very comfortable talking to Meghan and really felt like a horrible situation I had gotten myself into was resolved better than I ever thought possible!

Meghan was so understanding and easy to talk to!

Meghan was very upfront and non-judgmental about my circumstances. She was very considerate of my feelings and concerns.

Mrs. Rogers was very helpful with any concerns I had. She answered all of my questions and was extremely personable. I hope that I never need a lawyer again but if I do I will without hesitation choose Hamilton law office.

Meghan kept me very informed! Very pleased with the results!

I was well informed and up to date throughout the process. I was never worried or confused about anything. I would highly recommend Meghan Rogers if you have a DWI or any criminal case!!

I endorse this lawyer. I have known Meghan for about five years. She gets good results for her clients. The prosecutors like and respect her, and she knows her stuff. You would be in good hands to hire Meghan to handle any kind of criminal case for you.