I have made a career of building strong working relationships with Judges and staffs of the District and County Courts. I have forged strong ties with my community and fellow attorneys working as both a prosecutor and as a defense attorney for 13 years.  I will use my experience, relationships and legal knowledge to help you with your legal concerns.

I have a broad range of experience from trying high profile felony cases to settling legal disputes without requiring any time in the courtroom.

After Graduating Law School from Texas Tech University School of Law in 2002, I began her legal career in Odessa and Midland, Texas in private practice.  My work there consisted of juvenile justice, adult criminal defense, family law, and civil litigation.

I later moved to Amarillo where she was appointed as an Assistant District Attorney in Randall County.  There I handled juvenile cases and mental health commitments, as well as successfully trying misdemeanor offenses ranging from speeding tickets to assaults, thefts, DWI's/DUI's. I then spent several years handling all level felony offenses from burglaries, aggravated robberies, to sexual assaults, to murders and other homicide cases, and anything else in between.

I relocated to the Austin Area in 2009 where I served for several years in private practice. My focus was handling criminal defense cases for a local law firm. There I honed my defense skills by successfully litigating and trying countless criminal cases for my clients. I successfully litigated hundreds of DWI cases and got countless cases dismissed or pled to lesser charges.

In 2013, I again returned to the prosecution side when I was appointed to the Williamson County District Attorney's Office. There I tried several high profile felony cases, and was formally recognized several times for my work with victims of crime and law enforcement. 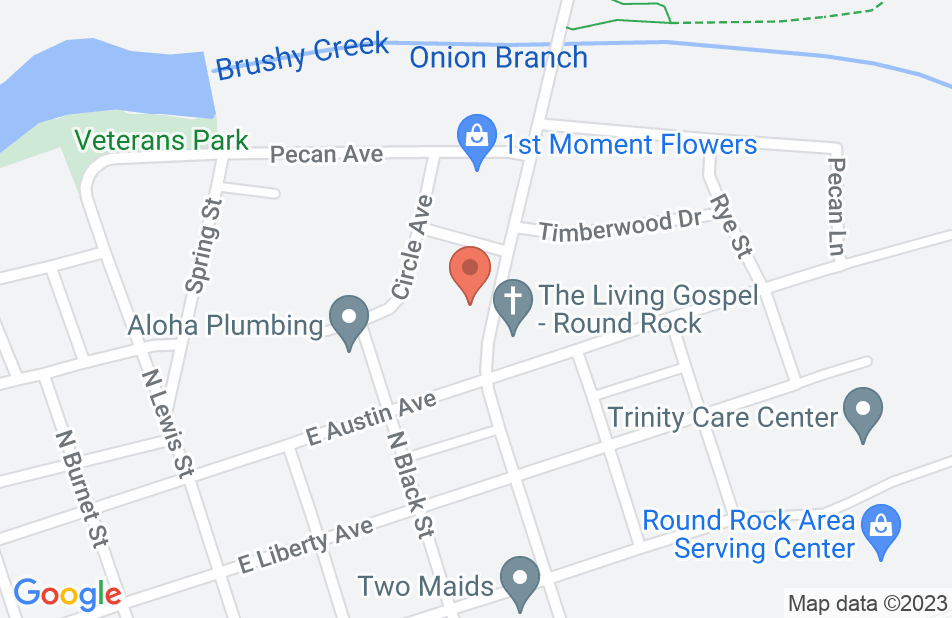 Sunday is most definitely an attorney you should hire when you’re in trouble. Exceeded my expectations. Awesome and professional. Definitely recommend her for legal services.
This review is from a person who hired this attorney.
Hired attorney

Sunday is hands down one of the best lawyer I had the privileged of defending me. She was very open with her communication and knowledgable in the criminal defense space. I spoke with many lawyers and after speaking with Sunday, she was the clear choice. All the other lawyers were money hungry and didn't seem to care as much as Sunday did. Sunday walked me through the whole process and helped get my case dismissed all together. Hopefully, I would not be in another position to require a lawyer but if I were, there's no one else I would even consider.
This review is from a person who hired this attorney.
Hired attorney

Court Appointed That Went Above and Beyond

Between past history, and hearing from others, court appointed lawyers won't always help to their best abilities. I really felt Sunday was completely on my side. She communicated effectively, gave me the best advice for the result I desired, and it was overall really easy to work with her.
This review is from a person who hired this attorney.
Hired attorney

I’m so happy I hired Sunday to handle my DWI case. After my first conversation with her, I felt at ease and confident that I had contacted a caring individual with the experience to handle my needs. After signing the contract with her and paying the fee, she immediately started negotiations with the prosecutors. Within one month, my case was settled and the arrest warrant was recalled. I can’t thank her enough. Sunday is compassionate, caring, and the best attorney that you will find.
This review is from a person who hired this attorney.
Hired attorney

My family hired Sunday to assist me in an alleged family assault case. She was relentless in her pursuit of having the charges dropped by the state prosecutor. We achieved the desired result and I couldnt be happier with Sundays communucation, professionalism and efforts. She was a great value for the quality of the work and end result. I'd recommend her to anyone I know (but I hope I don't have to) if you need criminal representation you need to call Sunday.
This review is from a person who hired this attorney.
Hired attorney

Sunday was great! She helped me all along the way and gave me great advice!
This review is from a person who hired this attorney.
Hired attorney

Sunday Austin exceeded every expectation throughout. She is a consummate professional and does not lose site of the human element of sensitive situations. I would recommend Sunday without exception. Her mastery of the judicial system is exceptional and aids in rendering the most favorable outcome for her clients. She has provided valuable consultation to me and my family. Sunday Austin will always be my first choice!
This review is from a person who hired this attorney.
Hired attorney

Sunday is amazing. She was court-appointed to represent my son. I was worried because I thought maybe a court -appointed attorney would not give their 100% but she did. She always responded to my calls and emails. I also really apreciated how she lectured my son too. She made him understand the consequences especially because she knows both sides of the system, as she was a prosecutor for many years. I was very lucky she represented my son. I highly recommend her.
This review is from a person who hired this attorney.
Hired attorney

Sunday was very professional and non judgmental which made me feel like I was in good hands. She made my case just disappear! Love her!!
This review is from a person who hired this attorney.
Hired attorney

Greatest Attorney I've Ever Had

She a very kind hearted person , She didnt treat me like a inmate she talked to me and helped me as if i was family , Always made me feel comfortable like i didnt have anything to worry about and i didnt at all , she stated facts about my case that softened the hearts of the judge and the district attorney's, I thank you so Much Mrs.Austin Your the Best Sincerely, Michael.M
This review is from a person who hired this attorney.
Hired attorney
See all reviews

I've know Sunday as a prosecutor and a defense lawyer. She's very personable and knows the law! She will fight hard to get you the best result possible!

If you are looking for a lawyer who will tirelessly and aggressively work in your best interests...look no further. Sunday doesn't give up....ever. Sunday takes a personal interest in each of her clients, is caring and very knowledgable on the law. I would wholeheartedly recommend Sunday Austin for any and all criminal matters.

The most pleasant lawyer in the courthouse. Knows her stuff, and get's the job done for her clients. I endorse this lawyer.

Sunday Austin is a phenomenal attorney and an incredible person. I have known Sunday Austin for several years and know her to be extremely knowledgeable in criminal law and a fierce advocate for her clients. She has an outstanding reputation within the legal community. Moreover, Sunday is a caring and compassionate person who will go out of her way to lend a hand to friends and colleagues.

I endorse Sunday Austin. I have known Sunday for several years, and I have been impressed with her passion for criminal law and dedication to her clients. She is ethical and works very hard to obtain the best possible outcome for her clients. I recommend Sunday to people in need of an attorney. Her experience as both a defense attorney and former district attorney gives her insight into the legal system that most attorneys don't have.

Sunday Austin is an exceptional attorney with experience as both a prosecutor and criminal defense attorney. As a prosecutor, she was experienced, knowledgeable and reasonable. She was a pleasure to work with and always helpful. As a defense attorney, with her breadth of knowledge and experience, she is a powerhouse. She knows the law, the system and the judges. She is diligent and hardworking. And, she is so very kind. I endorse her wholeheartedly.

I endorse this lawyer. Ms. Austin is a great lawyer. She is very professional and ethical.

I was opposing counsel on multiple cases when Sunday worked in the District Attorney's Office. She is a very skilled attorney with a great understanding of Criminal Law and Criminal Procedure.

I endorse this lawyer. She is good people.

A very good attorney if you are charged with a violent crime. Death cases are her specialty.