Our firm is dedicated to treating and protecting each client with compassion.

Born in West Monroe, Louisiana and raised in Bossier City, Louisiana, Michelle was educated at Parkway High School in Bossier City, where she graduated in 1987. She went on to attend Kansas State University, where she received a BA in English in 1997. While at KSU, she was active in Student Government and a member of the Golden Key National Honor Society. She was also honored in the Who's Who Among Colleges and Universities. In 2000, Michelle served as a judicial intern under Justice Tim Taft at the First Circuit Court of Appeals. She was also a member of the Phi Alpha Delta law fraternity. She attended Texas Southern University's Thurgood Marshall School of Law, where she graduated cum laude in 2001.

Michelle is currently a member of the Texas State Bar, the Galveston County Bar Association, the Galveston County Family Law Bar Association, the Galveston County Mediator's Association, the Texas State Bar College, and the Texas Pro Bono College. Michelle is also a Civil and Family Mediator and serves as a court appointed CPS attorney when needed. In the community setting, Michelle is an active member of LifePoint Church. Married to Clayton Kilgore, they have four children between them, three boys and one girl between the ages of 21 and 33, and eight grandchildren. Michelle's own personal tragedies fueled her desire to become an attorney and help families avoid the mistakes that she saw firsthand- mistakes which could have been avoided with proper planning. With a rise in the number of incidents of stroke and other ailments that render one incapable of making their own decisions, Michelle realized that planning for incapacity was just as important as planning for disposing of one's property upon death. Having gone through a divorce of her own, Michelle also saw a deep need for parties facing divorce to learn to co-parent effectively and get through the trauma of divorce without bitterness and hostility. Her personal experiences have made her more approachable, more sympathetic, and more dedicated to improving the quality of life for as many people as she can. Her faith in God gives her a unique perspective and ability to zealously advocate for her clients while utilizing alternative dispute resolution methods that reduce stress and mitigate the financial ramifications of litigation.

In her time off, Michelle enjoys spending time with her family, writing poetry, journaling, sailing, reading, watching movies, and having huge family and friend get-togethers.

Michelle was recently named as one of Houston's Top Lawyers 2013 by Houstonia Magazine/Avvo, an honor she is humbled and honored to receive. 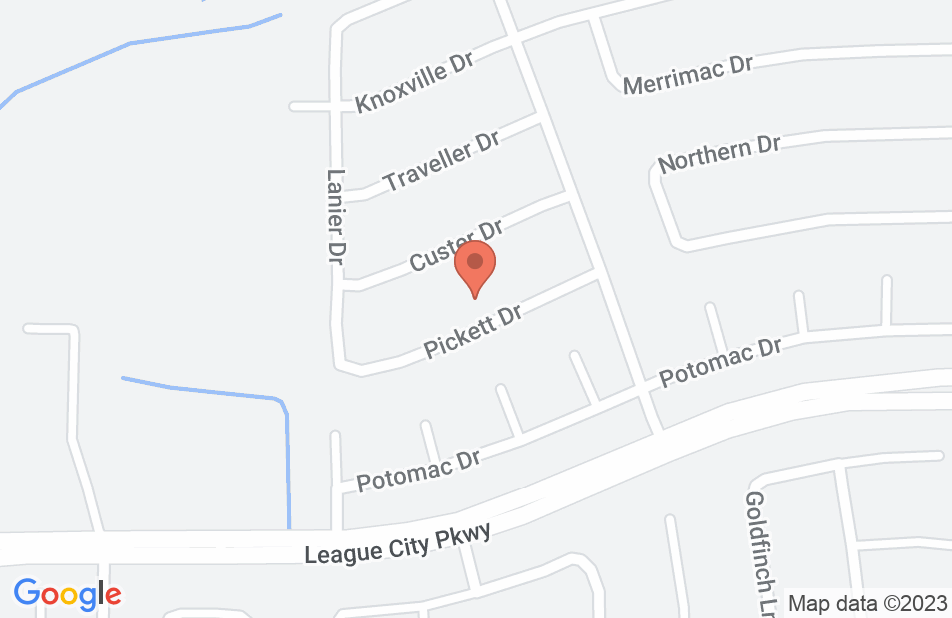 I would recommend Alyssandra Fulton to anyone going through a divorce. She was with me the whole time and kept me up on everything that was going on. Everything went smooth and fast!! Not only was she a great lawyer for me but she has become a great friend!! Love this girl :-)

Michelle totally understood my expectations and came through for me in my time of need. She explained the divorce process and timeline and answered my questions every step of the way. She showed great empathy and compassion for a situation that was very difficult to me. I highly recommend her!

I’m currently working with Michelle and she has done a great job in communication even while she was out on vacation. She continued to stay up to date on my case and although we are still going through this process I am overall happy with her communication and support during a stressful time for everyone. I will update as the case closes.
This review is from a person who hired this attorney.
Hired attorney

Michelle and her firm were so helpful!! She handled, and won, my case in 2015. At the time of my case I didn’t have an address or phone number for my ex, just a couple possibles. Her process server was able to find my ex and serve him, which I thought would be impossible. But it was done!! Michelle and Teri talked me through everything and when I signed any papers Michelle thoroughly explained what I was signing. She got me everything I asked for, and more!! I will always be grateful for her and her law firm <3
This review is from a person who hired this attorney.
Hired attorney

Made the Impossible, Possible!

I was referred to Michelle by a friend who told me that Michelle settled her difficult custody case. When I hired her, I was on year 2 of a nasty divorce where we were fighting over everything from custody to property and had already had 2 failed prior mediations. Michelle came in and immediately figured out what needed to be accomplished to get my ex to come to the table. Miraculously, Michelle got us settled without me having to shell out for a third mediation and I couldn't be happier!
This review is from a person who hired this attorney.
Hired attorney

We hired Ms. Fulton to terminate my daughters biological fathers rights and have my husband adopt her. She did just that! We are so very grateful for everything she has done for us. She is a wonderful attorney and i would recommend her to anyone. She fights for her clients!
This review is from a person who hired this attorney.
Hired attorney

I had a tough battle over custody and child support. Michelle explained everything and went to battle for me. I'm glad she was on my side.

Alyssandra Michelle Fulton is an outstanding family lawyer. So trustworthy. Knows her stuff. Talks so I can understand her. Great legal advice. Alyssandra helped me so much with family matters. Worth every penny. Highly recommend Alyssandra.

AMAZING lawyer and an AMAZING person

I used Michelle to revise custody/child support with my very difficult ex. Not only was she amazing, she kept me sane throughout the whole ordeal. She was very responsive, and trust me, I emailed her constantly. If I sent her an email at 10pm, she replied THAT NIGHT. She cares very much about her clients and that is very obvious. She kept me well informed the entire time and was upfront and honest with me. I wouldn't even think of using anyone else. I can't say enough good things about Michelle. She's a great person and a great lawyer. I would recommend her to anyone, no doubt about that.

U want Alyssandra Fulton on your side!

She won my case effortlessly. She is truly amazing. She even had someone come out of courtroom to get her business card. If u need a lawyer for anything she handles she is the one u need without a doubt. She emailed and kept me update for the two years it took to finally go to trial and then couldn't reach me and called me from her cell phone to make sure we were prepared for court. She is definitely worth more than 5 stars. ********
See all reviews

I consulted with Michelle on a prospective case for a family in her area. She is a true professional and was very knowledgeable! I would recommend any Galveston and Harris Co prospective clients consider her. As a lawyer, I strive to be like her with fellow attorneys and clients! I sincerely appreciate her and hope we can work on a case together.

Alyssandra is an excellent attorney committed to providing the highest quality representation to clients. I endorse this attorney without reservation.

I endorse this lawyer. I've known Michelle for over 15 years in the legal community and she's absolutely fabulous. Michelle genuinely cares about her clients and will go above and beyond to get the job done.

Michelle is a smart, hardworking attorney, who continually strives to better serve her clients. I have no reservations endorsing her.

I not only endorse this lawyer, I also give them 5 stars.

I endorse Michelle. She is compassionate and seeks to further her education and commitment to her clients and to the practice of law.

Michelle is both the competition and a good friend. She is both book smart and court ready, yes she is a formidable adversary. But with that said she is easy to work, and we always innovative with her approach and she always does an excellent job for her clients

I endorse this lawyer. She is extremly knowledgable, helpful, and professional.

I endorse this lawyer. I have had the privilege of being part of legal forums with her. She has consistently proven to be a valuable and knowledgeable attorney and client advocate.

I endorse this lawyer. Michelle is a very caring individual who puts her client's interests first!

I endorse this lawyer. She is a truly caring attorney.

I have had the pleasure of collaborating with Michelle through an online forum, and because of such, I have referred clients to her when they have needed legal assistance in the courts in which she practices. I have found her to be knowledgeable and professional, and I will not hesitate to continue to recommend her to clients.

Michelle is a wonderful person. I encourage anyone looking for a warm and sympathetic attorney to contact her.

I endorse this lawyer. As my opposing counsel, Michelle was professional and a great advocate for her client. We were able to work together to come to an agreement that our clients were very pleased with! I enjoy working with Michelle on cases and look forward to it in the future.