Hessam graduated #1 in Human Resources at Louisiana State University in December 2006. After graduating, he traveled to the Middle East interviewing people of 14 different nationalities. He compiled his interviews into a book entitled Winning Middle Eastern Heart and Minds, which was published in 2008. He continued his education by obtaining his law degree from the University of Houston Law Center in May 2010, where he served as Chief Notes & Comments Editor of the Houston Business and Tax Law Journal. While at the University of Houston, he began working for a law firm practicing employment law. Hessam successfully represented both employers and employees during his tenure at the firm. His experiences include litigating two of the largest overtime collective actions of the last decade, successfully defending employers in various industries from Department of Labor Investigations, and assisting businesses with litigation, employment agreements, and compliance issues. Combining his HR knowledge with experiences as a representative of both employees and employers, gives him the ultimate perspective on employer compliance issues.

Hessam is a licensed lawyer in the state of Texas who has been admitted to practice in all four Federal District Courts in the state. He has also practiced law in Louisiana and Oklahoma during his career on a pro hac vice basis. 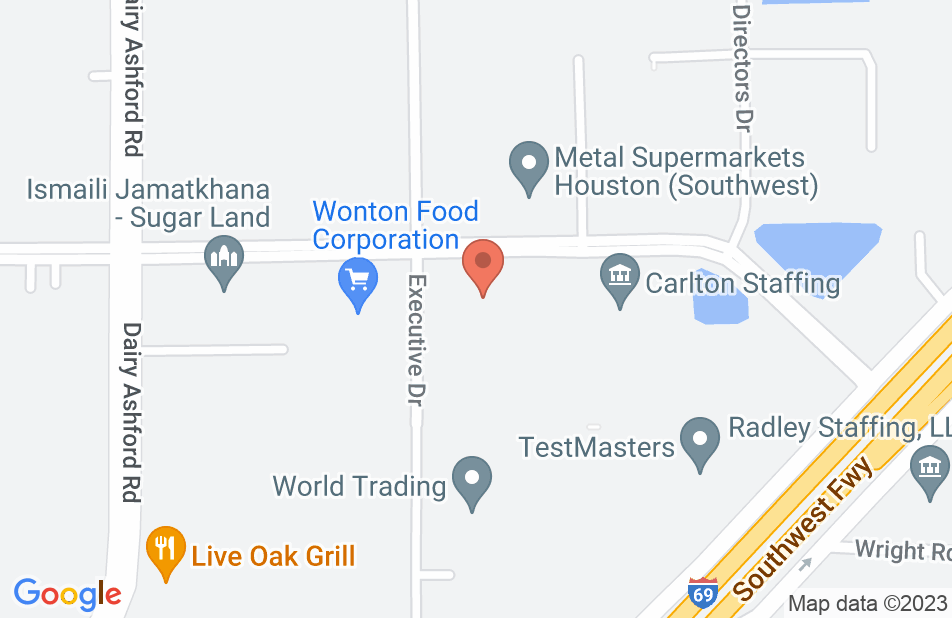 I was highly satisfied with my experience with Hessam Parzivand. I had never been through anything like this before so I was extremely nervous, but his calm and professional demeanor and informative consultation gently guided me through the process. He educated me on what to expect from litigation, and he fought hard for me! Hessam really went to battle for me and I would highly recommend him and his firm to anyone!
This review is from a person who hired this attorney.
Hired attorney

Do you want a great attorney who will fight for your case? Hire Hessam Parzivand's he is the best!

Hessam Parzivand, is an attorney who cares, fights for his clients and works endless hours researching and gathering everything he needs to win his clients cases. He is straight forward and tells you the truth. Please know I was not PAID to do this review. Everything on this review is true and based on me using him as my attorney.
This review is from a person who hired this attorney.
Hired attorney

Mr. Parzivand provided helpful and concise advice. He listened attentively to my concerns about a very difficult and painful situation. He was clear and reasonable about costs associated with his services. I truly appreciated Mr. Parzivand's time and would easily recommend him to others.
This review is from a potential client who consulted with this attorney.
Consulted attorney

Under the circumstances I had a great experience! Mr. Hessam was on it from day one, he shots you straight from the beginning. I was let go from my job for being sick with cancer and the next day they had my replacement start. The company new I was sick and months after working for them I had to call in because I was throwing up blood and in a lot of pain. I drove over an hour everyday to get to work and back home. When this occurred he was recommended to me so I called and left a message with his secretary, with in 10 minuets he called me back. Mr. Hessam even met me at a coffee shop since I lived over 2 hours from his office. He always responded pretty fast or right away wether I called, text or emailed him. Mr. Hessan never promised me any false number or out come, the facts were the facts. He worked extremely hard do to my ex-employer playing games and stalling, as well as always keeping me informed through the entire process. We did win the case and outside of court but after it was all said and done he went the extra mile! I never got my W2 to file my taxes and couldn’t contact my ex-employer to get it. Mr. Hessan e-mail him and called until we got it and that took over 2 weeks. He really is a great attorney and human being, he is a man of his word that you can trust!!
This review is from a person who hired this attorney.
Hired attorney

He took the case when others would not!

Hessam did great work for me on a difficult employment law case. Highly emotionally charged for me, and he helped me navigate through all that to the facts and solutions. The opponent was a very large hospital group, and I felt like I had no chance to win. Hessam got me everything I asked for. He took the case when many others would not, many times due to conflicts of interest. He was great about getting back to me if I emailed questions. He took the time to listen to me, and some long explanations about how things happened. He pushed opposing council hard to include the things that were important to me in the final agreement.
This review is from a person who hired this attorney.
Hired attorney

Hessam Parzivand was so easy to work with and provided me with the best possible service I could imagine. He listened patiently to my situation and gave great advice He handled my case with professionalism and ease from the beginning to the end. He kept my case in perspective while he fought for me. He firmly negotiated and presented my case at the mediation so well, it was clear he not only knows what he is doing; but I was going to win. I am confident that without him on my side this would have ended much differently. He will keep it real with you while working hard to prove your case. He went above and beyond for me and I am thankful my case has been completely resolved.
This review is from a person who hired this attorney.
Hired attorney

I walked into Mr. Parzivand's office not knowing what to do next. Mr. Parzivand clearly explained what options I had and clearly explained the law around my situation. Mr. Parzivand did an amazing job explaining my options and terms of conditions in layman terms so I could easily make the best choice for my family and myself. It was clear he was very knowledgeable and would highly recommend Mr. Parzivand to anyone in need of legal services. Mr. Parzivand was very accessible to me in my times of need, he always responded quickly if he did not answer the phone or a text sent. I can not thank Mr. Parzivand enough for all his hard work. I have not only found an Attorney for life but a friend for life.
This review is from a person who hired this attorney.
Hired attorney

I almost left thousands on the table

I recently hired Parzivand to help me recover a sizable amount of wages in the form of sales commissions not included in a severance package. Out of three, Mr. Parzivand was the most prompt. Additionally, Mr. Parzivand personally returned my inquiry by texting me while he was out of the country on vacation. With just some brief details about my claim he felt confident I had a case to move forward. Mr. Parzivand was up front, open, and professional thought out the entire process. He always went out of his way to listen and discuss all of my questions, as well as updating me on a daily basis. In the end, Mr. Parzivand secured thousands of dollars my previous employer wasn't contractually obligated to pay. If you need help with employment law look no further, Mr. Parzivand is your answer.
This review is from a person who hired this attorney.
Hired attorney

Contacted him regarding a possible ADA claim. He is a good listener, very law knowledgeable and considerate. He explained my options so well. We quickly settled on an acceptable amount for claims on ADA, FSLA and for not offering insurance options on discharge. I was amazed! He also made me feel comfortable and encouraged me to make things right. I have already recommended him to a friend and I would do it again.
This review is from a person who hired this attorney.
Hired attorney

A great guy to work with!

Did a great job, as well as kept me informed with the progress as things happened. Thxs, Hassam!
This review is from a potential client who consulted with this attorney.
Consulted attorney
See all reviews

Emir Sehic, Employment and labor Attorney on Dec 26, 2017
Relationship: Worked together on matter

Attorney Parzivand is an incredibly skilled and accomplished lawyer and I have had the privilege to work with him on one of the most complex cases that involved creating federal precedent. He is passionate about his practice and is very knowledgeable. I would absolutely retain Hessam if I ever needed an attorney.

I endorse attorney Parzivand. I have to come to know this young and talented attorney. Hessam is tough, talented and thorough. I highly recommend him.

Niles Illich, Employment and labor Attorney on Aug 3, 2014
Relationship: Worked together on matter

Hessam and I worked together on an employment law case in federal court. He did an outstanding job and has my full confidence. His advice will serve you well.

Mr. Parzivand is an exceptional attorney whose goal is to represent clients well. He has a keen knowledge of employment and other areas of the law. I would recommend anyone and everyone in the Sugar Land area to retain him. He is extremely conscientious and strives to provide clients with solutions to real world issues.