Rand Mintzer is a criminal attorney based in Houston who has been practicing law in Harris and the surrounding counties for over 30 years. The greater majority of his practice is criminal defense. In addition, he accepts a small number of select personal injury cases. His work with personal injury law firm as a young lawyer helped him build a strong foundation of medical knowledge. A background in medical expertise affords Attorney Rand Mintzer with a significant advantage in handling criminal cases as well. As an avid long distance runner for over 30 years he has exceptional principles of strength and endurance ensuring every case whether it’s a DWI, assault or even murder is seen through to the end. 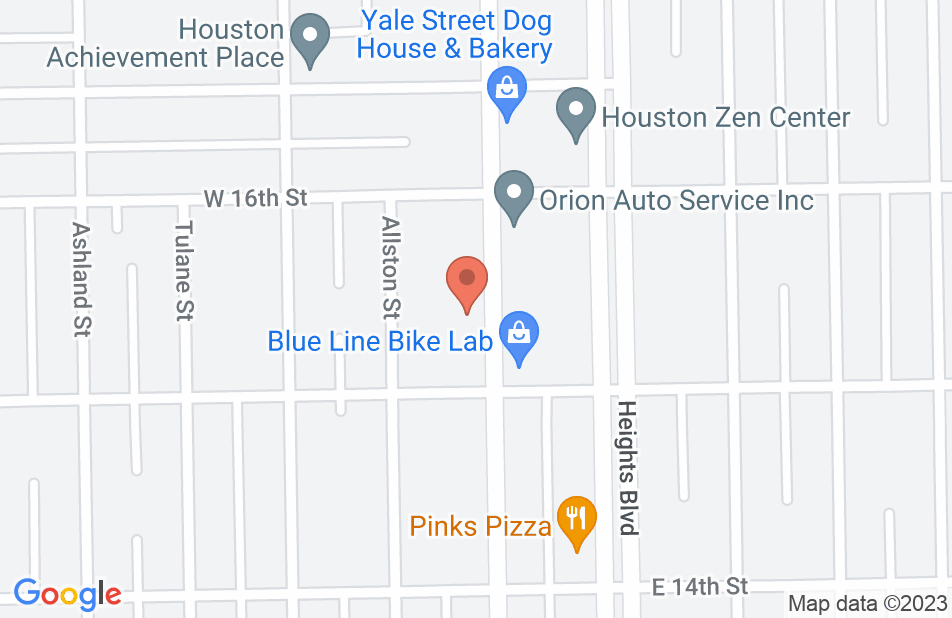 How forunate I was to be refered to Rand

I had a situation with possession of a firearm in a redistricted area and charged. I was referred to Rand by a close friend who is also an attorney. I was pretty shaken up by the event. Our first meeting Rand explained in great detail the process and set expectations for my case. He took every call answered every email and each step and meeting he clearly laid what we could expect. His pre-work and understanding of our legal and court system was very assuring. After several resets he had my case dismissed.
This review is from a person who hired this attorney.
Hired attorney

Anyone seeking an attorney Rand Mintzer is the man for the job. He is very professional with great work ethics, through out the process of it all he was prompt and always straight to the point. He worked my case and pushed for a dismissal in my defense, he delivered on everything he said he would do and my case was dismissed! I am great full for the outcome and I’m glad I can move on from my mistake, thank you for your time and for great service!
This review is from a person who hired this attorney.
Hired attorney

CASE DISMISSED!!! ALL SKILL AND EXPERIENCE!!!

Rand was amazing from day one. My husband was picked up on drug possession and paraphernalia and he has a previous record, so of course we were extremely concerned. As one of the top lawyers in Houston we were expecting to pay top dollar for Rand's services, but thankfully he was very fair in price. We called him on a SUNDAY and he was the only attorney we called that day that actually answered the phone...AND...asked us to come in for a consult that same day! We went to his large beautiful office in the Heights where everyone was gone for the weekend except for Rand who was working hard for his clients. He was extremely personable, and non-judgemental. He took his time with us, listened to our situation, and carefully reviewed the information we had. From the very beginning Rand predicted that he would be able to get the case dismissed. We went to 2 court appearances where we were reset after which Rand was able to compile a stellar grand jury packet. Unfortunately, the grand jury recommended that the prosecutors take the case to trial rather than dismiss, but Rand was not about to settle for that, he assured us he would talk to the prosecutors and convince them to dismiss. 2 days before our 3rd court date, Rand called and told us he had been speaking to the lead prosecutor, and he was able to convince her to drop the case! A-MAZING! The relief was overwhelming, the dark cloud was immediately lifted and we could not have been more thankful to have such a diligent attorney on our side. He is like a dog with a bone and does not accept less than what he thinks is the best possible outcome! I should also mention that watching him in the courtroom, he is a standout, you immediately see his experience and professionalism outshine all the other attorneys in the room! We knew the minute we saw him working the room that we had made the right choice. I hope to never need Rand again, but you can bet that if we ever run into any trouble again he'll be the first person we call and I would recommend him to any family member or friend in a heart beat!
This review is from a person who hired this attorney.
Hired attorney

Mr. Mintzer always answered our calls or returned them promptly. He worked hard and always helped and explained the process, our situation and options. He was very compassionate and sympathetic to our unjust situation. If we needed anything or asked the status he called and did everything asked to get information and keep on top of the case. Charges were dismissed and due to prolonged incompetence from the DA office he went in person after his emails, calls and mailings were dodged to get our final dismissal paperwork. He shouldn’t have had to go that far out of his way for so long but he did what needed done.
This review is from a person who hired this attorney.
Hired attorney

Mr. Rand Mintzer help me with extreme excellence. He told me each and every step from the beginning and it worked out exactly like that. He was very courteous sympathetic with me regarding about my case. In my third recess he got my case dismissed which was exactly the time he told me to take. I would recommend him any given time.
This review is from a person who hired this attorney.
Hired attorney

Fair defense for an unfair situation

Forget the stereotypes about lawyers. Rand Mintzer is an honest, caring, compassionate attorney who always has his client’s best interest in mind, not retainers or fees. Mr. Mintzer helped my daughter out of an unfortunate situation which could have ended with her being overly prosecuted. With the facts in hand, and an eye for justice, Mr. Mintzer negotiated a fair resolution for my daughter. I highly recommend him to anyone who might need his services.
This review is from a person who hired this attorney.
Hired attorney

Rand was great on my case. He made sure I knew everything that could possibly happen and did not beat around the bush. Be sure to listen to his advice. He walked me through what would happen next every time we left the court room. He was very well connected every room we walked into everyone seemed to know him. Great guy and amazing lawyer.
This review is from a person who hired this attorney.
Hired attorney

Mr. Mintzer I feel is the best lawyers you can have to defend you, he treat you like a person instead of just another lawyer who cares! I got in trouble three times and every time he understood and worked with me! . You can't go wrong with him, their is no better attorney. he wanted me to call him Rand by his first name and that's okay but I call him Mr. Mintzer because he deserved it , very professional man. He cares about you. It really is a pleasure to write this review.
This review is from a person who hired this attorney.
Hired attorney

Mr. Mintzer has great skills and professionalism. Yes I recommend this attorney. Rand worked above and beyond to represent me.
This review is from a person who hired this attorney.
Hired attorney

Rand is simply best in class as an attorney. I was always able to reach him when needed and he answered all the questions I had. I trusted him with my case and he went above and beyond my expectations. He is well recognized among his peers and maintains excellent, professional interactions with the officials. He is not only great as an attorney but also great as a person, it was very easy for me to talk to him and discuss details, which made me feel comfortable. I was lucky to hire him and after working with him I very satisfied with his service. I would recommend Rand as best in class to anyone looking for a criminal defense attorney.
This review is from a person who hired this attorney.
Hired attorney
See all reviews

I have known this man for many years and I can attest that is highly regarded by his peers to be an excellent attorney. He fights for his clients and is a beast in the courtroom. I highly recommend him to anyone.

Rand Mintzer is a great lawyer and is very well respected. He fights hard for his clients and does not give up when things get tough. If you have Rand Mintzer in your corner, you got a excellent attorney on your side.

I have worked with Rand on a few occasions when I was a prosecutor. He is always prepared and thorough with his cases. He was very easy to work with, but at the same time zealously fighting for his clients

I wholeheartedly endorse Rand. Of the attorneys I would trust for myself or my family and friends, Rand is at the top of my list. I have worked with Rand as a prosecutor and as a fellow defense attorney for many years and he exemplifies professionalism and good judgment. He is also smart as hell. Most importantly, Rand gives it all for his clients and fights to ensure that they are protected and given a voice in a system that swallows people up if they do not have a lawyer like Rand.

I happily endorse Rand. He is highly knowledgeable and skilled in criminal law. He fights extremely hard for his clients and cares for them greatly. Most importantly, Rand gets results and is respected by all in the legal community. His clients are lucky to have him on their side.

Mr. Mintzer has always exuded professionalism in court and has been someone I've relied on when I needed advice on clients, legal issues, or long distance running. He's a class act and I highly recommend him.

I first met Rand Mintzer years ago when I first began working as a prosecutor with the Harris County District Attorney's Office. He was a great defense attorney then and he still is today. He knows the law, knows how to negotiate with prosecutors (and when to take a case to trial), and genuinely cares about his clients. Anyone who hires Rand for their criminal case will be well served.

I endorse Rand. He is a very talented, hard working defense lawyer who fights the government at trial and forces them to do their job. Any client would be lucky to have him as their defense attorney. I also know Rand as a fellow long distance runner. He has the stamina to compete in 50K and 50 mile ultra-marathons as well as to fight in rather pedestrian two or three day jury trials.

IRand is a brilliant lawyer, i have watched him in trial and other contested matters. He fights for his clients and is always respectful of his opposition. He is always classy and carries himself with great dignity. Any client would be lucky to have him for counsel. endorse this lawyer.

Rand is the type of lawyer that people accused of a crime want to have defend them. He is extremely knowledgable, fearless, tenacious and persuasive. Rand's skills also extend to capabilities as a personal injury trial lawyer.

I worked with Mr. Mintzer many times when I was a prosecutor. I recall on one case in particular, he really went to bat for his client. Rand provides diligent, persistent representation to his clients.

Rand is a conscientious and thorough attorney who has a great reputation throughout the legal community. He is a great advocate for his clients and a very talented attorney who I highly recommend.