Louis Lim received his B.A. in Philosophy at Northwestern University, in Evanston, IL, in 1991.
He received his J.D. from the University of Arkansas School of Law, in Fayetteville, AR, in 1996.
Louis Lim is also a graduate from the Western Trial Advocacy Institute in Laramie, WY and
the National Criminal Defense College in Macon, GA. He is qualified to administer standardized
field sobriety testing, which is universally utilized by law enforcement agencies in DWI detection. 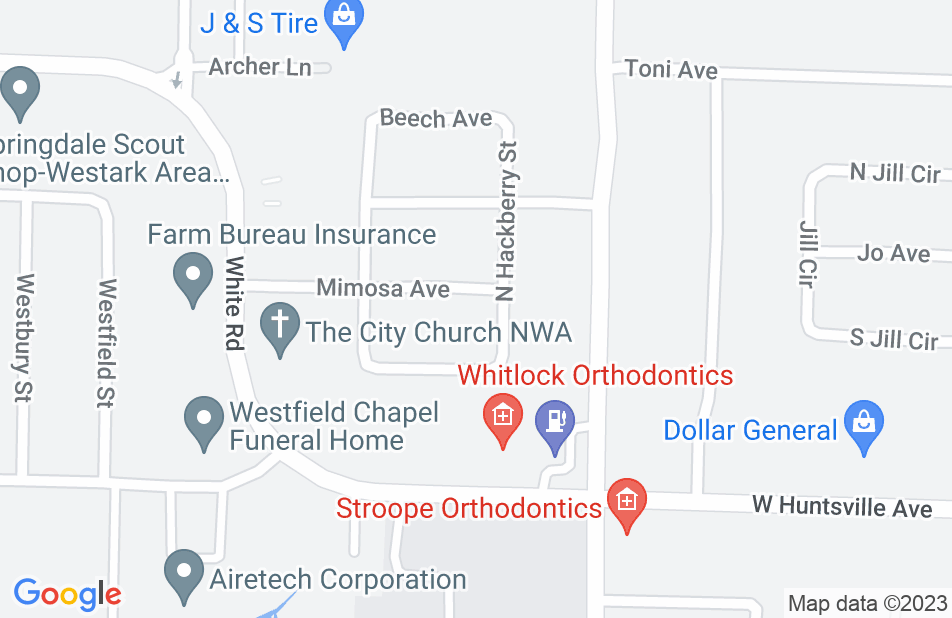 I was recommended Louis by a friend that he help a lot on his case and he helped me through my case and saved me from doing any jail time and was able to get my fines reduced. I am happy for his representation and highly recommend him to anyone.
This review is from a person who hired this attorney.
Hired attorney

The Best I've Ever Hired

Before I start, I want those of you reading this to know something. I have gone through a very rough patch in life. And part of what makes Louis Lim special, is his understanding of this unfortunate aspect of life. Upon meeting Louis, his good nature will become transparent. I have hired Louis on three separate occasions. The first case I hired Louis for was a Domestic charge. The results: the charge was dropped. Now too, you must understand, an attorney can only do so much. It is up to YOU, to follow through with a judges' orders. We had agreed that I would attend anger management classes, in lieu of having the charge dropped. The second time I hire Attorney Lim: Charges: DUI #2 and driving on suspended licence. Results: Since I blew into a breathalyzer, there wasn't much we could do on that charge. Although, he was able to get my sentencing lowered drastically. He was able to get my driving on suspended dropped. Thumbs up! And the third, (and hopefully last)time I hired Louis was for the following charges: DUI #3, open container, and speeding. Results: DUI#3 dropped, and guilty on the two other counts. I am always recommending Louis to others that find themselves on the wrong side of the law.
This review is from a person who hired this attorney.
Hired attorney

I hired Louis for possession of drug & paraphernalia charge‘s I’ve never been to court for that before so when I went to court I didn’t know anything and I dug my self into a big hole and that’s when I Hired him, man did he help me out! If your looking for a lawyer that get’s the job done Louis is the lawyer for you! I’ve recommended him to friend’s and family They’ve all come back with the same satisfaction I did
This review is from a person who hired this attorney.
Hired attorney

I work in a very corporate political role and have never had any legal issues in my life. When an ex made false claims against me Louis was able to put my mind at ease with his strategic approach to my case and deliver a decisive victory in the courtroom. His office communicated with me often and left no question unanswered. He was very realistic in response to my concerns and made sure that I understood all of the possible outcomes. I highly recommend him to anyone finding themselves in a situation similar to mine.
This review is from a person who hired this attorney.
Hired attorney

I was wrongfully charged with a violent crime, when I was acting in self-defense. Even though my accuser suffered a broken jaw, he was the aggressor. Unfortunately, the police did not see it that way and I was arrested for a felony. In addition to facing prison time, I also feared the immigration consequences a conviction would have on my LPR status. I met with several other attorneys before making my decision to hire. I wish I had saved myself the time and just met with Louis first. He assessed my situation, formulated a defense strategy, and he interviewed witnesses for my defense. He even met with one of the witnesses on a Saturday. My bad fortune turned good once I hired Louis to help me. Louis' defense of me was successful, and I am grateful for his help. If you need legal help, go see Louis!
This review is from a person who hired this attorney.
Hired attorney

I was scared and looking to do jail time for a misdemeanor that I was accused of committing. I was referred to Louis by a friend. Louis helped me through this rough time in my life and saved me from doing any jail time and was able to get my fines reduced. I am happy for his representation and highly recommend him to anyone.
This review is from a person who hired this attorney.
Hired attorney

As a Mother with a young daughter facing felony charges, it was hard to know who to trust with her case. A family friend recommend Louis and I'm so thankful that they did! Louis is calm, cool, and confident. He was informative and punctual and, along with great communication from his assistant Marcus, we felt fully aware and up to date about her case at all times. Her last court date was this morning and things ended favorably to her. The best review I can give is that I trusted him with my daughter's life/future and he did not disappoint. Highly recommended!!!
This review is from a person who hired this attorney.
Hired attorney

The GREATEST Criminal Defense Lawyer Ever!!!

My mother helped me find Louis when I was... well, in a bad place in my life. I had trusted some guys that one of my ex-girlfriends asked me to let stay at my house. The started assembling a methamphetamines lab in my attic. I knew something was weird about the two of them, but... I'll be be honest, and I know that this might sound like an excuse, but I was beyond Clinically Depressed, I just didn't really care about... well anything anymore. When we were arrested, in my car... we went to the Rogers Police Station and I volunteered to allow the police to search my home, because I had trusted these guys and, please forgive me, I was completely oblivious to the fact that when I told the police "sure", that when they were done I was going to be released and the other two guys were going to go to jail. Nope, Felony Accomplice, my car, my house, my attic, my problem. It took over a year to finally get the charges against dropped, during which I had gone through two intensive inpatient drug & alcohol rehabilitation programs. Caffeine and Cigarettes were the weekend phone privileges were all we were allowed, oh yeah, and absolutely no physical contact between members of the opposite sex. After that I spent more than a year attending multiple meetings of AA daily. I even led some of the meetings. I was actually in my 5 PM Wednesday meeting when Louis called me, I ran out to try and catch the call, but I missed it, so I lit a cigarette and prayed for a voicemail, and as luck would have it he left one. For the life of me I can't remember the whole message, but I do remember this "The charges have been dropped." I don't even remember if I thanked him at the time, for the life of me I hope I did. And in case I didn't, Louis, from the bottom of my heart, thank you so very much for saving me, and believing me.
This review is from a person who hired this attorney.
Hired attorney

The best money can buy

Mr Louis was the best investment I have ever made! The man did his research and represented me in a way I hope other attorneys can take a lesson from. Ten stars to this very competent man. Thank you
This review is from a person who hired this attorney.
Hired attorney

I hired Mr. Louis Lim to represent my juvenile son, who was falsely accused of rape. Mr. Lim was my son's saving grace. He interviewed my son and believed in him. He remained professional and knew what he was doing. He remained calm and trusted that the truth would set my son free. His court room etiquette was superb. It was liking watching law and order and Mr. Lim being the lawyer that was on the side of truth and justice. My son was found NOT GUILTY at trail. I am forever indebted to Mr. Lim for believing in my son and fighting these awful charges. Parents be aware of who your children hang out with a wolf can wear sheep's fur! If you do find yourself in a situation where your child is falsely accused Mr. Lim should be the ONLY person you speak with. He is the man to get the job done! Do not be discouraged if you feel like he has a lot going on rest assured that he is working hard on your case. He is so good at what he does the community reaches out to him which causes him to have a heavy caseload..but that doesn't effect his ability to represent you effectively.
This review is from a person who hired this attorney.
Hired attorney
See all reviews

Louis is arguably one of the most experienced and well-respected defense attorneys in town. I endorse this lawyer.

Louis is an excellent lawyer who pays attention to the details.

I strongly endorse Louis. He is a super lawyer and a very nice guy.

I endorse this lawyer. He is an excellent Criminal Defense attorney.

Brian Burke, Divorce and separation Attorney on May 19, 2014
Relationship: Fellow lawyer in community

I am pleased to endorse Louis Lim. Louis works hard for his clients and puts a tremendous amount of thought into how he handles his cases. I would certainly recommend him to clients for criminal cases.

I have known Louis for many years, and throughout that time, I have known Louis to be an extremely intelligent, dependable, and hard-working attorney. I greatly value his opinion, and I often consult with him on criminal law matters. Louis has a commanding presence in the courtroom, and always diligently fights for his clients. I am happy to endorse this lawyer.

A very knowledgeable and skilled attorney.

Experience matters and Louis has it. He can communicate to a jury and clients better than most attorneys I know. I would refer my family to him if they needed to stay out of prison.

I endorse this lawyer. Louis S. Lim is the best criminal defense lawyer that I know. He has been certified in death penalty cases and has a reputation for being very prepared, highly knowledgeable in the law and exceptionally effective. Mark L. Martin

I endorse this lawyer. Louis is one of the best criminal defense attorneys in the state. He has years of experience and has achieved remarkable results for his clients. He is tough and hardworking. Many lawyers go to court just to watch Louis in action.

I have known and consulted with Louis for many years. His reputation is above reproach, and he is an excellent choice as your attorney.