Attorney Joe Jeppson has been representing debtors in Chapter 7 and Chapter 13 bankruptcy since 2006 with the goal of protecting the rights of consumers living in the Kansas City metropolitan area and surrounding western Missouri and eastern Kansas.

After earning his law degree from University of Missouri School of Law and his admission to The Missouri Bar, he worked for two Kansas City bankruptcy firms, and, at the second, rose to the rank of partner. Since founding his law firm in 2011, he has continued to focus on growing his knowledge of bankruptcy law. As a result of his efforts, the American Board of Certification has recognized him as a board-certified consumer bankruptcy attorney.

In the years since Mr. Jeppson began his legal career, he has earned the respect of the legal community. He has served on the board of directors for the Kansas City Bankruptcy Bar Association in multiple roles, most recently as President. Attorney Jeppson is also a regular guest speaker at legal events and a presenter of continuing education classes.

Mr. Jeppson’s involvement in the legal community is not limited to the organizations he helps lead. He is also a member of a number of associations, including the American Bankruptcy Institute.

In his free time, Mr. Jeppson enjoys listening to audiobooks, competing in triathlons, and spending time with his wife and three children. 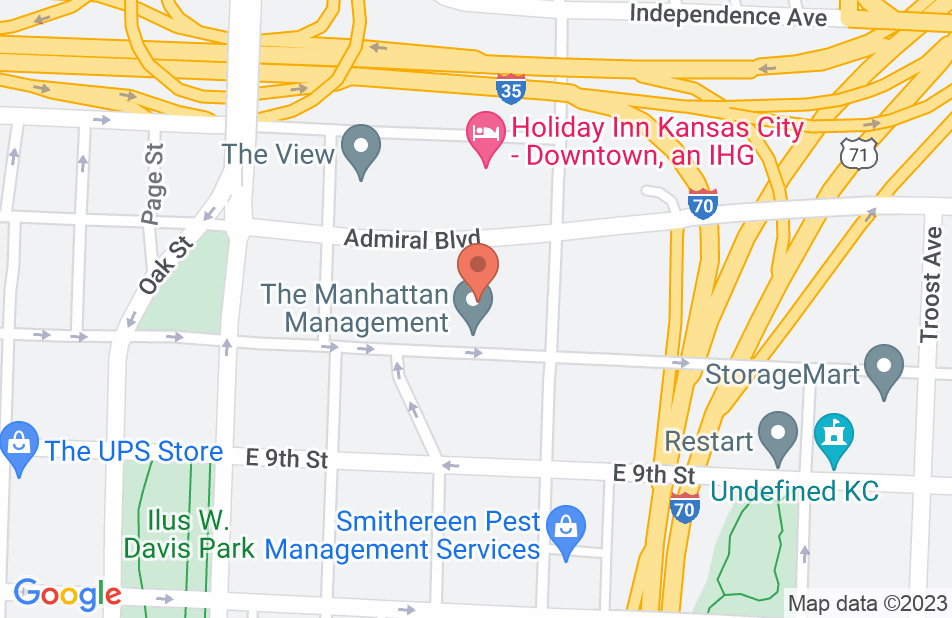 Joe was great to work with. Him and his staff is very sweet and friendly. I would highly recommend his Law Office. They are very understanding and very helpful when it comes to fixing your financial problems.
This review is from a person who hired this attorney.
Hired attorney

I spent many months debating whether or not to file for bankruptcy, thinking it would be a very long, drawn-out, and ultimately humiliating process. I finally contacted Joseph Jeppson in Summer 2020 and started the procedure in the midst of the Covid-19 crisis, and I feared it wouldn't be the best time to file or my suit would be dismissed. Joe was an absolute professional, guiding me through all of the necessary steps, including the court date by phone. The entire process did take as much out of me as I thought it would, although there is a lot of time sensitive documentation needed. His rates are reasonable and he is very thorough, treating me with respect and compassion throughout the entire process. I cannot recommend him more highly.
This review is from a person who hired this attorney.
Hired attorney

Sending a shout out of Thanks to this office. Mr Jeppson & his staff were awesome people to work with. Their process was done seemless & professionally. I would recommend this office to anyone in need of his services. Thank you. Marquita
This review is from a person who hired this attorney.
Hired attorney

I had the pleasure of speaking with Joe via telephone. Although our discussion was brief, I found him to be knowledgeable and trustworthy. He took the time to hear my story then simply gave casual advise, as though I were talking to a friend. He didn't try to to sell me on additional services or take advantage. On the contrary, he suggested ways I could manage my problems personally and without further expense. If you're seeking an honest, direct, non-judgemental attorney, I highly recommend Joe Jeppson!
This review is from a potential client who consulted with this attorney.
Consulted attorney

If you find yourself in a bankruptcy situation I highly recommend Mr. Jeppson and his team.They were very knowledgeable and easy to talk to,got me through something I knew nothing about,call them.
This review is from a person who hired this attorney.
Hired attorney
Joseph Jeppson's response: Thank you Brian, I'm so glad we were able to help you!

An attorney with a big brain and even bigger heart

I have worked with Joe 2 times now and he has never been judgmental or condescending. He educates and works hard to what is best for his clients while always making sure our expectations are realistic. His staff is a pleasure to work with and they are really great about communication. I've recommended him to friends because I trust his work.
This review is from a person who hired this attorney.
Hired attorney

I came to Joe with less than 2 weeks before I was due to face an excruciating, humiliating financial moment (talk about being under the gun). I really felt that my indecisiveness was about to cost me everything, but Joe & his wonderful staff (LaShane, Tricia and others) kicked it in overdrive and helped me right a ship that had veered off course. Calls, e-mails and questions are answered immediately and always to my satisfaction. HIGHLY recommended. If I could give 10 stars I most certainly would and even that would seem under rated.
This review is from a person who hired this attorney.
Hired attorney

Working with Joe’s team has been a pleasure. They have been very helpful and friendly through the whole process. Now I am able to start over brand new with the help of my lawyer. If you need any help I refer him to you.
This review is from a person who hired this attorney.
Hired attorney

We have so many good things to say about Joe that I don’t know where to begin. From our initial consultation he made us feel very comfortable as he is very easy to talk to. He remained that way through the whole process as we did choose to file. He is very knowledgeable in what he does and explains everything in a way that is easy to understand. His outgoing and fun personality was helpful in putting our minds at ease so everything didn’t feel so “serious”. He welcomes all questions and concerns and you can tell he cares about what he is helping us to accomplish. The whole process was so much easier than we anticipated thanks to Joe!
This review is from a person who hired this attorney.
Hired attorney

I'm very grateful for the help and knowledge Mr. Jeppson and his staff had during this process of filing bankruptcy. Ms. Trisha answered all my emails promptly and answered any questions that I may have had. Ms. LaShane' made the process of doing the paperwork and getting things started less stressful and handle in a timely manner. I would recommend this office if you are thinking about filing. Very professional and friendly.
This review is from a person who hired this attorney.
Hired attorney
See all reviews

I endorse this lawyer. They understand how confusing and overwhelming it can be to file for bankruptcy regardless of your situation, which is why they want to streamline this process where possible. If you schedule with them, Joe will strive to protect your legal rights. He take a local approach to representation, and he’ll do everything he can to minimize your stress.

James Griffin, Probate Attorney on May 27, 2017
Relationship: Other

I recently met Joe at a professional conference. He is energetic and eager to solve complex problems. He is also very approachable, and those considering filing for bankruptcy need someone who will listen.

Joe Jeppson is my go to referral for Bankruptcy Cases in Kansas City, MO. He delivers great value to clients. I am especially impressed with his "10.0" rating from the AVVO, because that means clients can trust them to use their genuine best efforts to help them solve their problems. Anyone who chooses Joe to represent them has made a great choice.

I endorse this lawyer. He is extremely knowledgeable in all areas of bankruptcy and debt relief. Always willing to go the extra mile for his clients.

Joe is incredibly knowledgeable about bankruptcy law. With that knowledge, Joe is able to free his clients of the burden of debt.

Joe is beyond compare in his area of expertise. He is creative, thoughtful, and will go the extra mile for his clients. I highly recommend!

I had the pleasure of meeting Joe at a national attorney conference which focused directly on developing client relations and services. Joe gave me a lot of very valuable information about how he handles his cases and serves his clients. I have since implemented many of his ideas and methods to improve my own practice.

Joe is well-respected among bankruptcy attorneys. He is a zealous advocate for his clients.

Joe is an experienced and very highly regarded bankruptcy attorney in the Kansas City area. His breadth of knowledge is great and his ability to work with clients outstanding. As a fellow practitioner in the Kansas City area, I can attest to the quality of the representation he provides and results he obtains. Joe is first rate.