Randolph & Holloway, LLC started as The Law Office of Justin G. Randolph which opened in 2004. Our office handles harassment, discrimination, and retaliation issues in the Chicago area.  We also handle immigration and deportation/removal cases for clients around the world.

In addition to his practice, Justin has been teaching immigration law and procedure since 2007 for students in the paralegal program at Wright College. 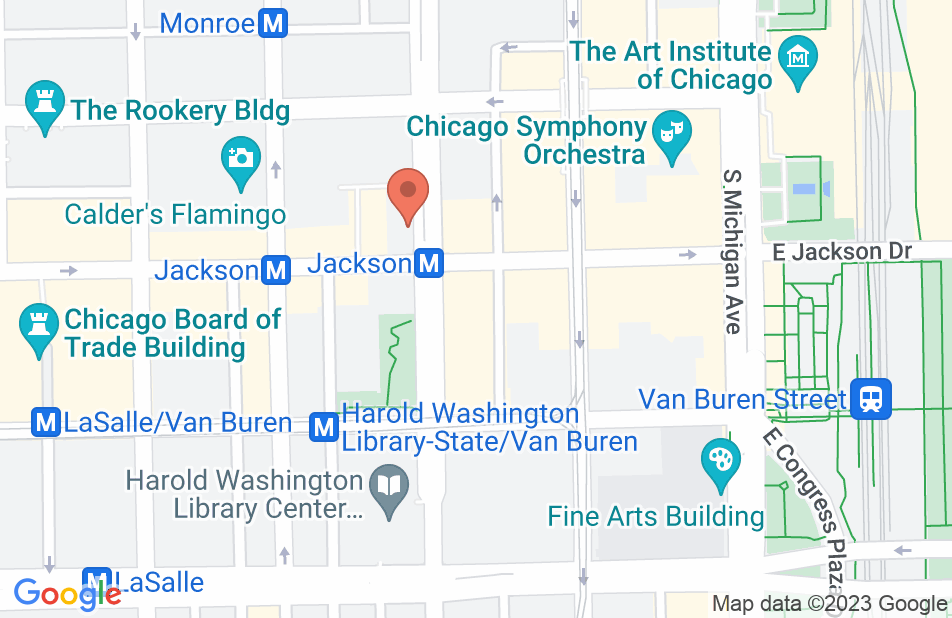 Let me begin by stating that my Wife and I highly recommend Justin to anyone who is seeking legal help. We consulted many lawyers before deciding to go with Justin. We experienced the whole spectrum of lawyers (cheap car salesman type, ones who screamed doom and gloom, overly nice lawyers who tried bill you sneezing etc) when doing our research. Justin is honest, professional and very reasonable in his pricing. He was there all the way during our immigration process. Dealt with any unexpected issues that arose during the process. Always approachable and communicated with us anytime we had questions. Worth every penny we paid!
This review is from a person who hired this attorney.
Hired attorney

I would highly recommend Justin to anyone seeking an immigration lawyer. He is very professional, efficient, caring, and thorough. He helped me obtain my residency in 2011 and recently helped me resolve an issue I was having with my citizenship/naturalization interview. He responded the same day and immediately took action to resolve the problem. I am grateful to him and his paralegal, Marivel, for working very hard on my case and thanks to their hardwork, I am now a US citizen. You can be assured that you will be in good hands.
This review is from a person who hired this attorney.
Hired attorney

Our Lawyer, Justin Randolph is professional, friendly, direct, and informative. My husband (who was not a citizen at that time) and I had our immigration appointment set for June 2015. Our current lawyer left a few questions unanswered, thus we were a bit nervous to attend the interview. To our luck, days before the interview, Justin set up a 30 minute consultation without any previous appointments. During the consultation, Justin a.) Answered our questions b.) Asked important questions and c.) Set up a few possible outcome scenarios. At the end of the consultation, we were both confident for the interview scheduled a few days later. To our surprise, he did not accept any money for the services rendered, nor for his time. Also, Justin returns phone calls in a timely manner. For example, I left him a message Friday afternoon. He returned my call Monday afternoon. He left a friendly and detailed voicemail. We would highly recommend this lawyer. He is dedicated, friendly, and a true professional.
This review is from a potential client who consulted with this attorney.
Consulted attorney

My family has been dealing with the immigration process at various times for as long as I can remember, so we have worked with various attorneys over the years. Justin Randolph is by far a cut above the rest. We had an extremely serious situation where my mother was detained in Chicago while traveling. Mr. Randolph was not only beyond helpful in such a dire and stressful situation, he was able to get us through the situation while being over 2000 miles away. He is not only honest and genuinely concerned for his clients, but very up to date with changes in immigration laws. He presented information to us that other lawyers who were charging twice his fees were not aware of. I cannot express enough gratitude to Mr. Randolph, he is truly a professional in every way.

I never got a chance to really thank my lawyer (Attorney Randolph), but he really helped me with a case during a time when I didn't know what else to do. We won the case because of his knowledge and concern.

I found Justin's law firm through Google and when I called, he immediately understood my needs starting with our first conversation. We set up an appointment, visited with my wife; he explained the process and his flat fee. When we were going through the process, he even went out of his way to meet us at a Starbucks two different times after work hours and in the suburbs (instead of having us drive downtown during rush hour). Again, everything was inclusive in the flat fee and we did not abuse that service either. He walked us through the paperwork, provided us with a number of scenarios of how the interviews could go, explained the time frame that this would all take and more. In other words, Justin took the guesswork out of the equation and at each step, we knew exactly what to expect and we were prepared. Even a few years after my case was successfully closed, I followed up with him a few times about a question here and there and he always responded with an advice and an answer - great service and definitely above and beyond what the benchmark is in the legal field. I would definitely recommend Justin and his staff for any immigration need that you have - you will feel secure and will know that your process will flow properly and that there will be someone there to help over-and-above if needed.

Justin is very honest, knowledgeable and trustworthy attorney. About three years ago he helped me very much for free. Without any fee he gave me very professional and knowledgeable advice. I was in a very difficult situation after an arrest and did not know who to ask for assistance regarding the immigration consequences of the arrest. I found his contact online and just walked into his office. After carefully reviewing the paperwork, he advised me how to proceed if not acquitted of the charge. Later on I consulted with him 1-2 more times. His fees are very reasonable, I would say low for the quality of work he does. Besides being honest and knowledgeable he cares about his clients. I really appreciate his help and highly recommend him!

Hands down one of the BEST Attorneys in the Chicagoland area

My family and I started the immigration process almost a decade ago, okay more like seven years ago. We gave our hard earned money to an “Attorney” who claimed to be an expert on immigration. Years later, the only new things that had changed in our lives were less money in our bank account and tons of stress and headache. We heard that you can go to your local congressman, senator, or alderman’s office and they should be able to provide you with immigration related assistance. Yeah I’ll just say that lead us nowhere, all they did was write letters and tell us they were doing everything to help us resolve our situation. That led to Lawyer number two, who kept confusing me with his other clients. Which then lead to Lawyer number three, super nice woman, but extremely busy over loaded with cases. Which then lead to Lawyer number four, The Thief, I paid him then he called my mom asking for money of which I had already given him. Finally “The Best Lawyer in the Chicago land Area”, Justin Randolph, came into play. By this time believe me I was prepared for all the gimmicks and lies that are to ever come my way. Justin was/is like nothing we had encountered before. He had email, not one that his secretary checks for him, but one that he checks himself and responds to. He knew that you can scan a document and have it sent to him, instead of taking off work just to drop off some document. He is willing to work with you when it comes to finances, scheduling, and any of life’s crazy unforeseeable matters. When you have a meeting with him, his secretary or assistant will not be sent in to take his place. He is someone that you can have a conversation with, not some grouchy old man who has to turn on his hearing aid so he can understand you better. Since dealing with Justin, my Green Card is in the production process. Yes it is true in the Production Process!!!!!!!!!!!!! Also Justin showed me that there is a website I can go on to check the status of my case. I know that sounds like a simple thing that anyone should be able to figure out, but having someone informed on your side is one of the best things anyone can ask for.

Justin's idea of a defense is to ask the prosecutor to prove negatives. I was appalled when I heard his arguments. I regret not defending myself
This review is from a person who hired this attorney.
Hired attorney
Justin Randolph's response: I'm not a defense attorney so this review must be for some other attorney.

I endorse this lawyer. His AVVO posts demonstrate his deep understanding of complex legal issues. His answers are always thoughtful, accurate, and they evidence his genuine interest in helping people.

I endorse Attorney Randolph. From his answers and time on Avvo, it is clear he is dedicated to serving those in need and his clients. It's rare that lawyers spend so much valuable time helping the community, for free, and I applaud him for doing it to such a great level. Kudos.

I endorse this lawyer. Mr. Randolph is a very knowledgeable attorney and he provides excellent answers on Avvo.com.

Justin is a very competent immigration lawyer. He cares about his clients, and understands the law. I would recommend him to a friend or family member.