Christopher W. Helt, Esq. managing member of The Helt Law Group, LLC., is a nationally recognized, removal defense immigration attorney, providing legal counsel to immigrants appearing before the U.S. Immigration Court (EOIR), federal district court, federal circuit courts, and the Department of Homeland Security (DHS). He has offices in Chicago and Atlanta, and is a twice-qualified expert witness on immigration related-matters in U.S. District Court jury trials and is a Martindale-Hubbell® AV® Preeminent™-rated attorney. Over the span of two decades, his cases and clients have been featured on the front pages of The New York Times, Chicago Tribune, Chicago SunTimes, and featured in Time Magazine. He is a past inductee into Marquis Who's Who in American Law®, and is an adjunct faculty member at Loyola University of Chicago, where he has taught courses to undergraduate, master, and Phd.-candidate students on immigration policy. Mr. Helt has served as lead counsel to precedent-setting, published decisions before numerous courts and administrative agencies, including the federal circuit courts. He is a past-recipient of the FBI Director's Community Leadership Award (DCLA), the FBI's principal award "honoring individuals and organizations for their efforts in combating crime, terrorism, drugs, and violence in America." Christopher Helt has been selected as an Illinois Super Lawyer® and has been featured in the ALM's Legal Leaders® edition of Chicago's Top-Rated Lawyers, a publication appearing in the Wall Street Journal and Chicago Tribune. Mr. Helt is recognized by the American Institute of Trial Lawyers as a "2020 Trial Lawyer of the Year", and recognized by Lawyers of Distinction and featured in the New York Times as a "2020 Power Lawyer". 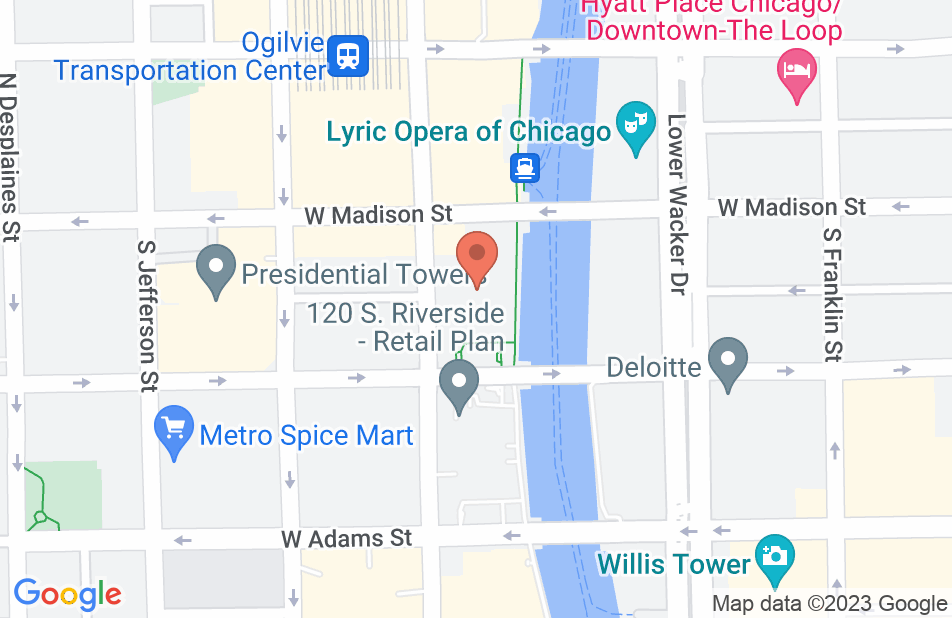 Mr. Christopher Helt has been working on my green card for a long long time and finally I got mine last year. He and his staff are very professional and nice. If you are looking for a knowledgeable and dedicated immigration attorney, I would highly recommend Mr. Helt.
This review is from a person who hired this attorney.
Hired attorney

In one word - incredible!

Chris was an absolute delight to work with during this immigration process. He guided me every step of the way and made even the most complex legal undertakings seem straight forward and achievable. Chris and his team supported me and my partner to complete all the paperwork and the turn around has been extremely speedy. Despite an estimated time of up to 24 months, Chris had the entire process completed in under 5 months. We would work with him and the Helt Law Group team again in a heartbeat!
This review is from a person who hired this attorney.
Hired attorney

Mr Helt is very knowledgeable and genuine in explaining different scenarios and sharing law interpretations. He is very sharp with the technical details, empathetic and open-minded in listening to our case. We appreciate how Mr Helt explained to us, in layman's terms, the risks involved in every option. We will be using Mr Helt's services.
This review is from a person who hired this attorney.
Hired attorney

The best Immigration attorney in Chicago

It took me 8 years to finally be a permanent resident. After initial consultation with few attorneys with no doubt Mr Helt was by far most knowledgeable with immigration court procedures. I took me few minutes in our initial consultation to choose Mr Helt to represent me. Unfortunately with immigration court backlog my case took much longer than usual time. The 8 years all the questions/concerns and hundreds of emails Mr Helt always replied to my emails within hours it felt good knowing that he cares. He has experience and knowledge of decades which helps his clients. I would recommend Mr Christopher Helt truly. He's a Hero and will rescue you when you need him. GOD BLESS YOU. AJ
This review is from a person who hired this attorney.
Hired attorney

Mr. Christopher Helt is a professional, kind and intelligent attorney and his staff promptly responded to all my questions during the process. Mr. Helt took hours to meet with me, preparing me for my hearing appeal. Mr. Helt's intelligence was seen when he explained my situation to the immigration officer at my interview. The immigration officer said they were sorry about my denial and later approved my case. I give Christopher Helt and his staff the highest recommendation possible.
This review is from a person who hired this attorney.
Hired attorney

I will highly recommend services of attorney Christopher Helt. Mr. Helt and everyone at his office did an incredible job with our case which had a positive outcome. He was always on point and always on top of things. I had a very complicated case and Mr Helt went above and beyond during our long process and did everything he could to ensure a successful outcome. I could not be happier and more grateful. Thanks to Mr Helt and his wonderful staff for helping us.
This review is from a person who hired this attorney.
Hired attorney

The most knowledgeable and professional lawyer in the Midwest. Mr. Helt helped my mother and I with her citizenship and I cannot thank him enough. Mr. Helt's professionalism-dedication and commitment to his clients is second to none. Thank you sir
This review is from a person who hired this attorney.
Hired attorney

From the first day at the consultation to the moment when I received my green card, Christopher was there for me and did an excellent job on my case. I can sincerely recommend Christopher as an attorney you can depend on. Once again thank you.
This review is from a person who hired this attorney.
Hired attorney

If you need an immigration lawyer look no further!

I couldn't speak any higher of Chris. His guidance and insightful knowledge put myself and husband at ease when applying for our new immigration status. He guided us through each step, answering any questions we had and provided us with the reassurance and information we needed. When looking to work with a lawyer you want a knowledgeable, honest and genuine person. Chris is all of these and that's just to name a few qualities this amazing guy has! He goes above and beyond. If you need an immigration lawyer look no further. I am truly grateful for the help and guidance Chris gave to my family.
This review is from a person who hired this attorney.
Hired attorney

The only immigration lawyer you need

In March 2018, my family was contact by immigration stating that there were some issues with our current status. I had family members apply for citizenship and were concerned that they would not have to opportunity to partake in the citizenship of this great country. We went to a total of 4 different lawyers, one of whom was Mr Helt. The first 3 recommended a stance of defense; Mr Helt recommended a stance of attack. For some reason, we decided that based on how Mr Helt presented himself to us we would hire him to represent our case. It was a decision I would go back in time to make again. After we hired Mr Helt, he drew up a plan on how to approach this case and he represented us despite the complexity of our case. My family was preparing to sell our house and all of our belongings expecting the worst. Mr Helt told us to not waste our time considering that, rather just live life as normal as we can. Mr. Helt was ALWAYS, and i mean ALWAYS, willing to meet and help my family when we felt concerns arise and he responded to email within 1 business day. To say least, we received our citizenship strictly due to the skill-set of Mr Helt. I sincerely make this plea to anyone reading this, just hire Mr Helt. I am eternally grateful for the kindness and confidence Mr Helt gave us during our time of need. Thank you again Mr. Helt for helping my family. -K.M.
This review is from a person who hired this attorney.
Hired attorney
See all reviews

"Tough as nails adversary, and gentleman outside the courtroom." I was an INS/DHS prosecutor for over 27 years. I have had many contested hearings with Mr. Helt over the years, and have always found him well prepared and a fighter for his clients. Outside the courtroom, Mr. Helt has always been the consummate gentleman. I consider Mr. Helt one of the best immigration removal defense attorneys in the Unites States."

Christ Helt is an exemplary immigration attorney. He has a global reputation in deportation defense and over the years has prevailed on several important cases in U.S. circuit and district courts. Immigration lawyers nationwide regularly cite Chris's court decisions in their own advocacy.

Chris is a highly skilled and uncommonly dedicated attorney, with years of experience and an extensive knowledge of immigration law. Whether it be family-based adjustment, removal defense, or any other aspect of immigration law, Chris will be a fierce and creative advocate for his client. He's a legend in his field and among the very best.

"Tough as nails adversary, and gentleman outside the courtroom." I was an INS/DHS prosecutor for over 27 years. I have had many contested hearings with Mr. Helt over the years, and have always found him well prepared and a fighter for his clients. Outside the courtroom, Mr. Helt has always been the consummate gentleman. I consider Mr. Helt one of the best immigration removal defense attorneys in the Unites States."

I wholeheartedly endorse Chris Helt. He is one of the hardest working and ethical immigration attorneys currently practicing. His advice is straight and true. Chris values his clients and will not stop until he gets the best outcome for each.

I endorse this lawyer. Chris is passionate about his cases. He is one of the rare attorneys that have the legal knowledge coupled with the passion required to zealously represent clients.

Christ Helt is an exemplary immigration attorney. He has a global reputation in deportation defense and over the years has prevailed on several important cases in U.S. circuit and district courts. Immigration lawyers nationwide regularly cite Chris's court decisions in their own advocacy.