K.C. Baran, P.C. was established in 2003.  K.C. Baran has been practicing law for over nineteen years.  His areas of practice include, bankruptcy, estate planning, civil and criminal litigation, collections, contracts, employment law, and corporate practice.  K.C. is a graduate of the United States Military Academy, West Point and Michigan State University College of Law, cum laude.  K.C. is a member of the State Bar of Michigan and the Genesee County Bar Association.  He is admitted to practice in the State of Michigan, the United States District Court for the Eastern District of Michigan, and the United States Court of Appeals, 6th Circuit.  K.C. also serves on the State Bar of Michigan's Unauthorized Practice of Law Committee.

K.C. served on active duty as an officer in the United States Army.  He is actively involved in the community and served as a the president of the board of governors of the West Point Society of Michigan.  He also served as a commissioner, chairman and vice chairman of the Southern Lakes Parks & Recreation District Commission and as a vice chair of the Fenton Township Zoning Board of Appeals.  He was a member of the Genesee County Board of Canvassers and was a candidate for the office of Genesee County Prosecutor and Circuit Court Judge.  K.C. volunteers as a coach for the debate team at Fenton AGS Middle School.  He also served as a volunteer firefighter in Independence Township. 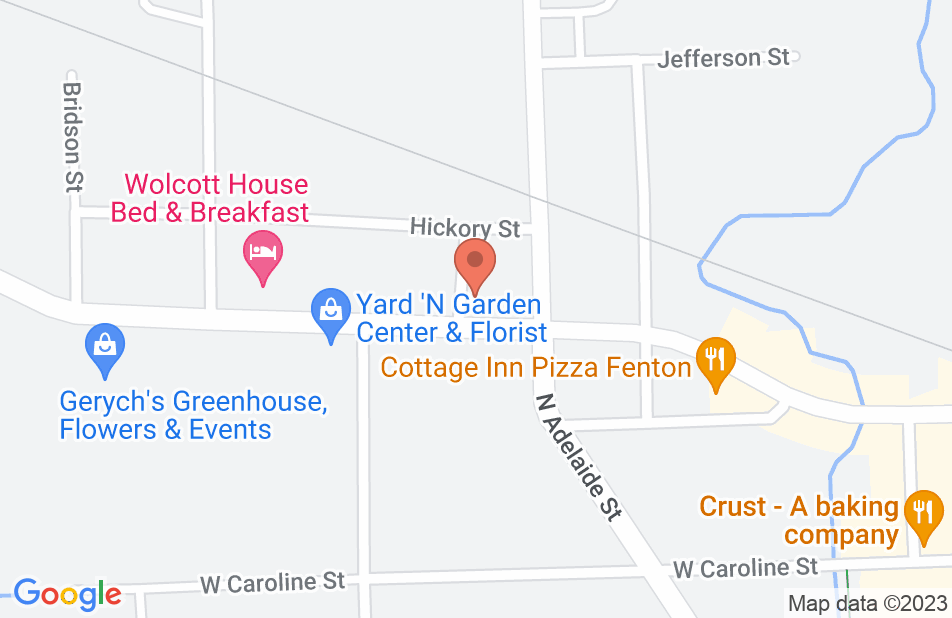 Diligent Thoughtful Professional Completely explained options and consequences helped our family make the choice that was in our best interest. He always responded to inquiries.
This review is from a person who hired this attorney.
Hired attorney
K. Baran's response: Thank you! Glad I could help.

Been attempting to contact a woman I was in short marriage with several years back. due to her desertion I was unable to find or even contact her in over 3 years!!! until contacting KC!!! He got on it and found the woman within a week. Served her and the divorce was over in less than 90 days. Action orientated, reasonable pricing and attention to detail. Have hired him as my family attorney. Will Be handling will’s and trust’s for me next week.
This review is from a person who hired this attorney.
Hired attorney
K. Baran's response: It was a challenging case but we are glad that we could help you get the results you were looking for.

Straight to the point.

K.C. Baran was great in answering my questions and very very helpful. Highly recommend to all.
This review is from a potential client who consulted with this attorney.
Consulted attorney
K. Baran's response: Glad we could be helpful and answer all your questions.

Above and Beyond Representation

I am extremely and positively impressed with K.C. Baran's knowledge of the law, his professionalism, expertise and care clearly demonstrated in every step of the process. I highly recommend him in his many areas of experties. He exceeded my high expectations every step of the way. I give him a 5+ Star Rating.
This review is from a person who hired this attorney.
Hired attorney
K. Baran's response: Thank you for your kind words and high rating!

K.C. met with me regarding some questions I had about labor law. He read over all of my notes before I met with him, which impressed me in itself, and then was able to get right down to business regarding my potential case as soon as we sat down together. I am very happy with all of the information that K.C. has given me, and his consultation provided me with all of the viable options available for moving forward.
This review is from a potential client who consulted with this attorney.
Consulted attorney
K. Baran's response: Very glad that we were able to help.

Attorney K.C. Baran was very knowledgeable and helpful regarding our Chapter 7 Bankruptcy case. He was thorough and meticulous throughout the entire process- from decision-making to file for bankruptcy, necessary paper work, and the court proceedings. I was very pleased with the entire process from beginning to end.
This review is from a person who hired this attorney.
Hired attorney
K. Baran's response: We strive to give all clients outstanding service. We are happy you are pleased with our assistance.

I would recommend K.C. BARRON without hesitation. Office personal was equally friendly and compassionate. I very much appreciated the fact that he made me feel at ease while explaining the whole process to me. The fact is that I was very embarrassed to have to consult with him at all... so I know he sensed that and was especially thoughtful during the whole process! If your looking for a very knowledgable, thoughtful, attentive, compassionate lawyer then this is your man.
This review is from a person who hired this attorney.
Hired attorney
K. Baran's response: Thank you! I am glad we made you feel at ease. K.C.

Mr. Baran has been a pleasure to work with. He helped me sort through my bankruptcy mess and even had my garnishments returned to me within a couple weeks of filing!
This review is from a person who hired this attorney.
Hired attorney
K. Baran's response: Thank you! We are pleased that we could help.

I contacted K.C. regarding an upcoming informal hearing in the 15th District Court in Ann Arbor. My concern was how to get a 3-point violation to zero points in a court known not to reduce citations. After walking me through some legal strategies and options, I met with the officer and he agreed to amend the citation to a zero point offense. Thanks to K.C.'s advise, I "won" the case and have no additional points nor face higher insurance rates. Thank you K.C.!
This review is from a potential client who consulted with this attorney.
Consulted attorney
K. Baran's response: I am so glad that my advice was helpful to achieving the desired resolution. Now, pay attention to those stop signs!

KC is our family attorney now. He has handled several matters for us. He is competent. ethical, understanding and gives excellent advice. He is also fairly priced. Highly recommended. Sometimes too busy serving other clients to respond immediately, but always within 24 hours
K. Baran's response: We are glad that we can be your hometown attorney! We strive to make communication with clients as quickly as possible.
See all reviews

I endorse this lawyer. Several times I have spoken informally with him about legal matters he was handling, and I was very impressed with the analytical ability that was demonstrated as he described how he was approaching his job. While lawyer marketing has tended to make overly generous use of cliches such as "aggressive" and "dedicated," inadequate attention is paid to the increasingly technical aspects of effective legal work.---the painstaking research, the fashioning of legal theories based on a word-by-word dissection of, for example, a statute or an appellate opinion. K.C. Baran knows how this is done and knows how to put it to work for his clients. I wholeheartedly endorse him for any matter!

K.C. is an experienced, highly respected attorney who always represents his clients with the utmost of skill,knowledge and understanding.i can readily endorse him without hesitation or reservation.

I know K.C. through a mutual friend and colleague. He's very personable and knowledgeable in many areas of the law. I'd have no problem recommending his services to someone in need.

I endorse this lawyer's work. Mr. Baran is a hard working attorney. His preparation is unsurpassed. Mr. Baran always puts his clients first.