Having at one time, myself, been homeless and befriended by the other homeless on the streets of Ann Arbor, I am equiped with a personal altruistic motivation to empathize with and assist in the defense of those who commit crimes out of frustration or desperation.

Taken under the wing of friends, clergy, and lawyers, while I was unemployed and homeless, I was hired to work as a law clerk for the Honorable Barry L. Howard who assisted my entry into law school.  Educated under the strict guidance of the Jesuits at the University of Detroit School of Law, and guided by the tutelage of Constitutional Law Professor Patrick Keenan while there, as well as trained by Superior Court Judge Bernard Kamins in criminal trial practice while I was a student at Pepperdine University Law School in Malibu, California, I was ultimately able to obtain one of the highest scores ever recorded on the essay portion of the Michigan bar examination.

I enjoy the work that I do, because of both the intellectual as well as the emotional challenges involved.  In my spare time, I study the talmud, run marathons, and enjoy painting as a fine art. 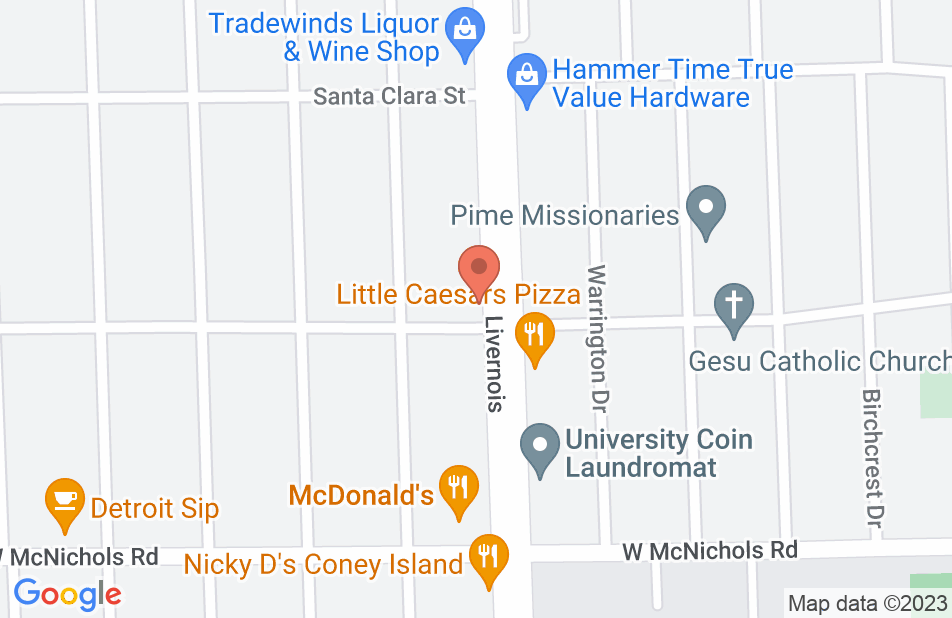 Truly the best attorney I have ever dealt with!

Dana Carron is my 3rd "Court Appointed" Appellate attorney on my criminal appeal. I am without a doubt one of the most demanding clients that an attorney could ever have as I have a Bachelors degree in Paralegal Science and have worked in the legal field myself for almost 30 years (yes, I fired my first two appointed attorneys). I had almost resigned myself to self-representation (which is honestly rarely a good idea), when I first met Mr. Carron. He took the time to actually listen to my positions and appellate issues, including a plethora of research, which must have taken the patience of a Saint! I have never met an attorney or worked for one that is willing to so deeply delve into the facts of a case, the evidence, and the research, as Mr. Carron did in my appeal. The final appellate filing is masterful. I can truly say that I highly recommend Dana Carron. Court appointed or retained, Dana Carron is one of the best out there.
Dana Carron's response: Daniel; Thanks for the positive review. The difficulties involved in your case were what they prepared us for in law school. Thank you for letting me put my schooling to good use.

We never search for an Attorney when things are going great do we.... I just lost my husband everything was falling apart ,I literally just lost my whole world , Attorney Dana B. Carron was the Attorney I first spoke with not only did he listen to my story I cant express just how much he went over and above, he could have taken my case himself , instead he sacrificed what he could have earned and helped me get the best attorney available to handle the specific facts of my husband's medical malpractice/wrongful death case and I realized quickly this was the answer to my prayers, you've heard the phrase a beacon of light in the storm, .... exactly! when I say this Attorney has your back I mean this Attorney has your back!!! Forever grateful!
This review is from a potential client who consulted with this attorney.
Consulted attorney

Coming to this site I had little hope, I had been on several different sites, Ask an attorney? Get legal advice? I was givin misinformation each time. So basically I was gonna give it one last try lucky for me Dana answered my question unlike all the other attorneys that I had asked he actually knew what I was talking about. In fact Dana had handled some cases like mine. So he began looking into this for me. We have been corresponding for several days as he was doing research for me. But unfortunately he ha d explained that I had misses the deadline to file a claim by 3 days. My heart sank if I hadn't gotten so many bad answers in the past by professionals who really had no clue & didn't care enough to do some research i would have been able to file a claim. So unfortunately we couldn't continue with my suit at this time. But Dana reassure me he will look into extensions for this deadline & if he can do it he will get a claim filed in my behalf. So this is why I say he is 1 in a million a rare breed because who does that for people? Spend days trying to help them even at home going far beyond what he needed to. So I do know that with Dana Carron not only do u get a smart guy who works hard you also get a guy who gives a damn & actually cares for his fellow man. So thats a win win. .....
This review is from a potential client who consulted with this attorney.
Consulted attorney

When I could not find anyone to help, Mr Carron stepped forward and assisted me personally by helping me find legal representation options. I have never experienced such actions in the legal profession before. I would recommend him for anyone interested in information or representation.
This review is from a potential client who consulted with this attorney.
Consulted attorney

Mr. Carron is a very helpful attorney who first patiently answered several of my questions here, and then I consulted with him and he referred me to another attorney who could better help me with my case. Thanks again!
This review is from a potential client who consulted with this attorney.
Consulted attorney

He went above and beyond. Recommended strategy. Referred me to others. Took phone calls. He's a good one.
This review is from a potential client who consulted with this attorney.
Consulted attorney

I HIRED DANA CARRON FOR MY SON. HE IS THE FOURTH LAWYER THAT WE HAD. WE ARE VERY PLEASED WITH HIS WORK. MY SON'S CASE IS A VERY HIGH PROFILE ONE. WHICH DANA IS COMPLETING HIS APPEAL WORK INCLUDING SOME MOTIONS BEING FILED. UNLIKE A FEW OTHER ATTORNEYS HE IS DOING WHAT MY SON ASKED OF HIM. BECAUSE HIS LIFE DEPENDS ON THESE APPEALS. I MYSELF HAVE CALLED HIM FOR PERSONAL ADVICE AND HE HAS DONE LEGAL FAVORS FOR NO CHARGE. I JUST GOT OFF THE PHONE WITH HIM(06/13/19). HE CALL ME TO GIVE ME A PERSONAL MESSAGE FROM MY SON. AFTER THAT I ASKED FOR MORE LEGAL ADVICE AND HE TOOK THE TIME TO TALK WITH ME WITHOUT CHARGING ME. SO I DECIDED TO DO THIS REVIEW ABOUT ATTORNEY DANA CARRON. THANK YOU DANA FROM MY SON AND FAMILY.(HE CARES ABOUT YOUR LOVE ONES).
This review is from a person who hired this attorney.
Hired attorney

Dana was very informative, & helped me calm down when i was freaking out about something with my boyfriend. Thank you so much for the help
This review is from a potential client who consulted with this attorney.
Consulted attorney
Dana Carron's response: You are very welcome. I am glad that I was able to help. Thank you for taking the time to leave to leave a nice review.

Most credible lawyer I’ve dealt with

Very knowledgeable man. Excellent council, I could only imagine the man in a court room. If your looking for solid work start here. Start with a consultation you won’t regret it.
This review is from a potential client who consulted with this attorney.
Consulted attorney
Dana Carron's response: Derrick; Thank you for your positive comments. I am glad that I was able to help and you did not need me in the courtroom.

I didn't know who to turn to... Thankfully I found this website and Mr. Carron. He took the time to listen to my problem and gave me great advice. I would recommend him highly to anyone who needs an appeals attorney. Thank you again!
This review is from a potential client who consulted with this attorney.
Consulted attorney
Dana Carron's response: You are very welcome. Thank you for your positive review.
See all reviews

I endorse this lawyer. Mr. Carron worked for me for several years. He is a self-starter, very bright and his work ethics are impeccable.

I endorse this lawyer. He is young, aggressive and ambitious and dedicated to providing top appellate service for his clients.

I endorse this lawyer. Appellate work takes a special amount of caring and expertise in the legal profession outside of typical pleadings. Dana Carron will handle your legal matter with the utmost care, compassion and diligence.

I endorse this lawyer. Talented and thorough attorney.

Lawyers who serve the avvo community as much as Mr. Carron are few and far between. It takes passion, concern and dedication to devote so much time. You have my endorsement and kudos.

Mr. Carron is a well respected attorney in the legal community and advocates zealously on behalf of his clients.

I endorse Attorney Carron. He is a professional who works tirelessly for each client he represents, a top qualified choice for legal counsel in Michigan, with a sterling reputation amongst his clients.

I endorse this lawyer. Mr. Carron worked for me for several years. He is a self-starter, very bright and his work ethics are impeccable.

I endorse this lawyer. He is young, aggressive and ambitious and dedicated to providing top appellate service for his clients.

I endorse this lawyer, he is an experienced appellate attorney.

When it comes to appellate criminal practice, experience is everything. Only a select few attorneys practice exclusively criminal defense. Even fewer practice only criminal defense appeals--and Dana Carron is one of them. He will search the trial court record for any errors that might get his clients a reversal. And he knows what arguments to make to give his clients the best chance for success. Simply put, you'll be in good hands with Mr. Carron as your attorney.

Attorney Carron has many years of experience in appellate practice. It takes a unique set of skills to be an effective appellate attorney, especially for criminal appeals. I have watched Mr. Carron over the years champion appeals for the those who had no hope and were poorly treated by the trial courts, prosecutors, and police. He is not afraid to champion an appeal and understands how to navigate the tedious appellate court system. His experience alone is the reason to hire him; his passion for justice is why you will be glad that you did.