At the law practice of Rhys Brendan Cartwright-Jones, Attorney & Counselor at Law, Rhys is the founder and principal attorney. As a former prosecutor for Mahoning County, he is intimately familiar with all aspects of criminal law. He knows how prosecutors think and how they will approach cases. He is also highly effective in immigration law as well as civil and criminal appeals. Rhys has a long track record of success for his clients and is committed to getting the best possible outcome in any situation. As a persuasive negotiator and aggressive litigator, he knows how to effectively approach each case. He has extensive experience in the courtroom and is not afraid to go to court to fight on behalf of his clients. Regardless of how complex your situation is, Rhys has the experience required to help you find an answer. Call and schedule a free consultation.

Beyond having better than 10 years experience in both sides of criminal law, I come with contemporary training in electronic surveillance law and recent constitutional issues.  I'm one of a handful of attorneys nationwide published in and experienced with BitCoin.  Other than that, I'm a dog person, casual runner, meditator, and amateur martial artist. 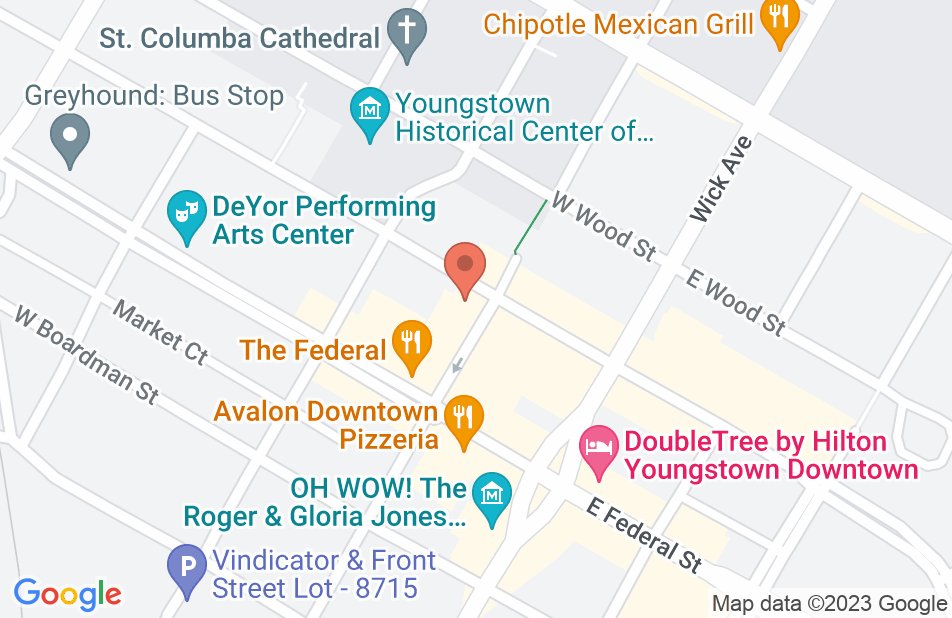 My fiance hired Rhys for an assualt charge which they wanted jail time but he fought with the prosecutor and was able to get it down to probation and fines which he was happy with. He fought for him and was more than willing to go to trial if they didnt give him a fair deal. He was also always on top of things. Super nice guy, highly recommend him.
This review is from a person who hired this attorney.
Hired attorney

In December of 2015, my daughter made a mistake. She got involved with the wrong person, and ended up accused of a felonious assault and theft. I found Atty. Jones's number in the phone book, called his office, and he saw me that afternoon. He also introduced me to his associate, Atty. Ron Yarwood, and the two of them took care of my daughter's case. They immediately took steps to get her out of jail and released on bond. They informed us of her legal rights and liabilities, and kept us informed of the progress of her case. They educated us from the beginning on what my daughter's risks were, and negotiated hard on her behalf. From the outset, they told us that they had no fear of going to trial, if that was what her defense demanded; but in the end, they were able to negotiate her sentence down to 2 misdemeanors, with her punishment being only a year's probation. I was very gratified over the fact that they quoted me a fixed fee at the beginning, and never asked for any more fees as the process went on. I also found them both to be very accessible. I contacted them by email and phone on numerous occasions and they always replied the same day or the next. I always felt that they had my daughter's best interest at heart, but they also never let her forget how serious the trouble was that she had gotten into. I am extremely grateful to them for their time and expertise as well as the outcome they were able to negotiate for my daughter. I fear that, with a less competent team, the outcome could have been substantially worse.
This review is from a person who hired this attorney.
Hired attorney

Attorney Cartright-Jones was able to find major flaws in my dui case and was able to get the suspension and dui dismissed in a month. Had I not hired this attorney, I would have unnecessarily been charged with a dui. I can now go on with life. This attorney may be the best defense attorney in the Youngstown and surrounding area.
This review is from a person who hired this attorney.
Hired attorney

Mr. Cartwright-jones was fantastic at handling my dui case. He is very direct and to the point. He said he could get my case plead down and he did just that. Id recommend him, Nobody else i know was able to plea down there dui cases.
This review is from a person who hired this attorney.
Hired attorney

Great lawyer! I worked with Mr. Cartwright- Jones a year ago and he was exceptional in helping me dismiss my traffic ticket. Most recently, I contacted Mr. Cartwright Jones for another ticket and he was very kind to give me a referral as my ticket was in Pomeroy, OH. Simply the best.

Amazing Would Not Do Mr. Cartwright-Jones Justice!

My case looked extremely bleak, however Mr. Cartwright-Jones' clear knowledge of the law and confidence gave me Hope and Faith that maybe my sentence would turn out in my favor. Mr. Cartwright-Jones remained extremely professional while also offering me support. I received a copy of all pertinent information regarding my case via email in a timely manner. He was always available to talk if I had any questions and he always responded to my emails. I would have been fortunate if I was sentenced to a short time in prison, however I was sentenced to community control which was nothing short of a miracle for myself and my family. I recommend Mr. Cartwright-Jones to anyone who needs legal representation in the areas in which he specializes. I was extremely fortunate to have found him and my gratitude for his representation is abundant. I have received representation from 5 other attorneys in my lifetime and I was not even close to as impressed as I was with this attorney. I am forever thankful.

Overall a good attorney. Lots going on with this case in the process of an appeal also with this attorney.

He's an excellent attorney. He got us through a very difficult time in our lives. He talks fast, and he can be gruff. But ask questions, get answers, and he's a wonderful lawyer.

Great Attorney-I won't go to anyone else for anything in the future!

Great Attorney! Always there when I needed him! Good timing too! Local, available, and I would recommend him to anyone and everyone!! Organized and on time too!

Atty. Rhys Cartwright-Jones recently represented me in a criminal record expungement case in Mahoning County to a favorable outcome. He always conducted himself professionally and with courtesy. Not knowing the specifics of the court process I was about to undertake, Atty. Rhys Cartwright-Jones provided detailed guidance and responded to my questions in a timely manner with comprehensive and knowledgeable answers. He communicated any changes in the status of my case promptly. If I find myself in a situation needing legal representation, I would not hesitate to use the services of Atty. Rhys Cartwight-Jones again.
See all reviews

I have known Rhys since we began law school and I am happy to endorse him for his breadth of knowledge and his level of detail to the facts. I have no doubt that his clients are very happy with the services he provides them and future clients will be glad they found him.

Ronald Yarwood, DUI and DWI Attorney on Mar 3, 2013
Relationship: Worked together on matter

I endorse this lawyer. Very intelligent and passionate lawyer.

I have had the pleasure of facing Rhys as an Asst. Prosecutor, as well as working with him defending criminal cases. He is a very diligent, intelligent, principled, hard-working, and ethical lawyer. He enjoys strong personal relationships with his clients, which is always a good sign in this profession. I think he is a credit to the Youngstown legal community and the Judges really like him as well. You would be well-represented to have Atty. Rhys Cartwright-Jones as your lawyer!

From personal interaction and work experience, I know Rhys to be an honest and highly qualified practitioner. He has always demonstrated the utmost respect for the law, his fellow lawyers and his clients.