My mission is to protect your legacy through estate planning, probate, and business planning.

I founded Crow Estate Planning and Probate, PLC in 2019 to be a bit different from other law firms. Our entire practice is focused on solving client's problems dealing with estate planning, probate, and business formation. That is all we do. We believe that our focus on these areas allows us to provide more efficent and knowledgable service to out clients. We focus on developing strong client relationships. We beleive that if we understand your story and what you care about, we are better able to craft a strategy that will protect that legacy. So if you need a will or trust, have recently experienced a death in your family, or are thinking about starting a new business - we are here to help. Your legacy is what matters to us. Our job is to protect it. 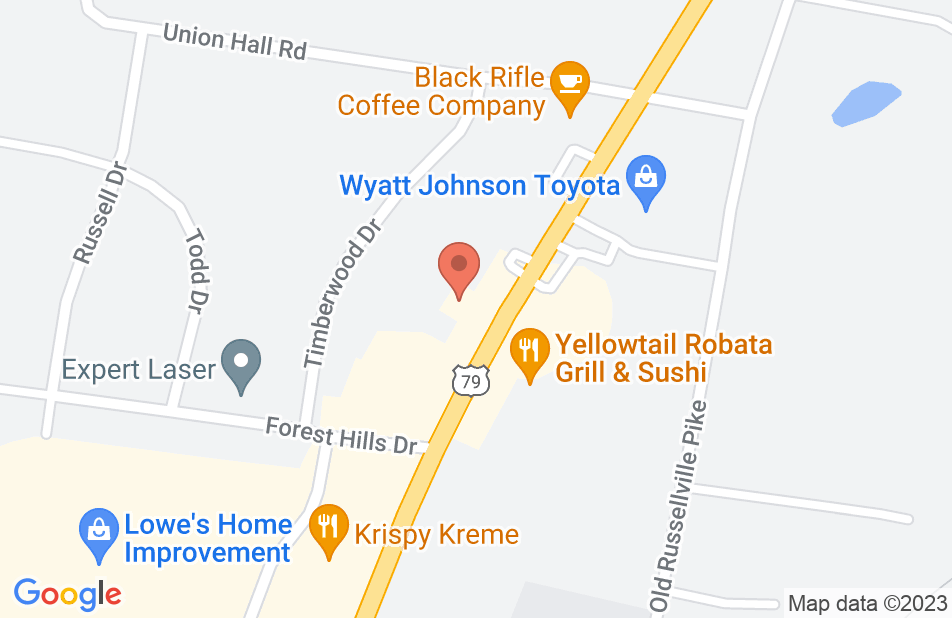 John, did an excellent job representing me during a custody case. He was up front and honest with me. I was very pleased with the way he handled my case and would recommend him.
This review is from a person who hired this attorney.
Hired attorney

Excellent Attorney with your best interests at heart

I don't think you can come across a better attorney than Mr. Crow. He was very knowledgeable in every aspect of my case and was very quick to respond to any phone call or email when I had questions regarding my case. He was very straightforward with me on my options and the direction he thought my case would go. He never made any empty promises or led me to believe the impossible was possible. I really feel that Mr. Crow takes his position very seriously and puts everything he has into his cases. I wouldn't recommend any other attorney in the city of Clarksville other than Mr. Crow to handle divorce and child support issues (these are the only areas that I have knowledge regarding his expertise). If you are shopping around for the best, stop here.
This review is from a person who hired this attorney.
Hired attorney

In 2017, I spoke to numerous attorney’s in the Clarksville TN area to handle issues surrounding my previous divorce and child support issues. After speaking to numerous attorney’s I chose John Crow to represent me. From the start, Mr. Crow took my case serious, was reasonable with the pricing, and was very responsive to my concerns. MR. Crow was vigilant, never gave up, and argued my case very well in front of the presiding judge. Although the case did not work out completely in my favor, I was satisfied with the eventual outcome in 2020. Compared to other attorney’s in the area Mr. Crow is among the best and offers quality service for a very reasonable price. Most importantly, I believe that Mr. Crow is a very genuine person.
This review is from a person who hired this attorney.
Hired attorney

My mother was dreading the process of having her estate planning documents drawn up, but Mr. Crow made it easy for us. He was patient with us and our questions, made sure we understood our options, and had the documents prepared quickly. We are very satisfied with his services and would not hesitate to recommend him to our friends and family.
This review is from a person who hired this attorney.
Hired attorney

John was friendly and extremely helpful. He was very knowledgeable in estate planning and made the process for me very easy. At the last minute I requested some changes and he was happy to make them for me. I would highly recommend hiring John for your estate planning.
This review is from a person who hired this attorney.
Hired attorney

We're very happy about our experience with John Crow and will hire him again. John made everything understandable and was very prompt. His understanding of Tennessee law gave us options we didn't know we had. He found a flaw in how a prior attorney had handled things and drew up the proper documents to avoid potential problems and more align the legal status to the need. He's also a very nice guy and we enjoyed working with him!
This review is from a person who hired this attorney.
Hired attorney

John Crow is your guy!

John was recommended to me by a fellow real estate investor who knew I was looking for an attorney to help me set up a couple of LLCs. John was incredibly helpful in walking me through the process of setting up the business entities. He was always prompt in his communication and spent more than a few late nights in the office to get things wrapped up. This was extremely impactful, since I was conducting business from Hawaii, which is five hours behind! John's attention to detail and down to earth personality made working with him an absolute pleasure. I look forward to doing business with his firm in the future and would wholeheartedly recommend his services.
This review is from a person who hired this attorney.
Hired attorney

Small Estate/Assisting With Closing Out Father's Affairs After He Passed

I hired Mr. Crow for my Dad's estate and he made the process as painless/possible as easy. He and his staff were extremely helpful and answered any questions that came up and took care of all paperwork very fast (in a matter of like 2 days). He was also understanding and very affordable in a time where money mattered. Was willing to go to bat for me for anyone who wanted try to give me the run around about closing out my father's affairs and just having that peace of mind in that time means alot during a very stressful time. Would definitely recommend using him again if needed and for anyone dealing with a similar issues.
This review is from a person who hired this attorney.
Hired attorney

John Crow provided me with excellent legal assistance. He is knowledgeable, thorough, and patient. He made numerous suggestions for me to consider and researched details regarding various topics. I am comfortable with him and will definitely ask him to represent me in the future.
This review is from a person who hired this attorney.
Hired attorney

I couldn't have asked for a better lawyer to deal with my April 2014 divorce case. John was always patient, kind, and considerate when it came to my very contentious divorce. What should have been a 'cut-and-dry' 90 day case, turned into a painful 6 month ordeal for me, but John was there for me every step of the way. Months (and even a year) after my case was settled, John continued to check in with me to make sure everything was going according to plan. I can't recommend John enough! John is hands down, one of the sharpest, most intelligent, and supportive lawyers in TN!
This review is from a person who hired this attorney.
Hired attorney

I endorse this lawyer. I have had several contested matters with John and he is always professional and diligent in representing his clients. He is an attorney you can trust.

I endorse this lawyer. I have been opposite John on many cases. He always fights hard for his clients and is a worthy adversary.

John's a great guy, and a good lawyer with a strong reputation in the community. He is sincerely dedicated to his clients' best interests, and will work diligently to ensure your legal matter is handled competently and professionally. I would never hesitate to recommend John's services in any of his areas of practice.

I endorse this lawyer. John is an excellent attorney in the Clarksville and Middle Tennessee area. He is knowledgeable of the law and attentive to his clients.