I HAVE HELPED THOUSANDS WITH THEIR SOCIAL SECURITY CLAIMS. LET ME HELP YOU!

Randy Walton is the founder of Walton Law LLC.  Since 1989 Randy has practiced in South Alabama and over the last 20 years has devoted his practice almost exclusively to representing individuals in Social Security Disability and SSI claims.  During that time he has helped thousands of clients through the process of pursuing and ultimately receiving disability benefits.

Personalized and experienced representation is key.  Randy believes It is important to take the time to get to know each of his clients by meeting with them to answer questions and prepare their case.  Walton Law LLC has offices in Fairhope, Robertsdale and Mobile, Alabama and we can meet with you at any of these convenient locations.

Randy was born in Hampton, Virginia and earned a B. A. from James Madison University in 1984. In 1987, he graduated from the Cumberland School of Law at Samford University.  After law school he served a clerkship with the Honorable Richard Kellam, United States District Judge for the Eastern District of Virginia.

Randy and his family have lived on the Eastern Shore in Baldwin County Alabama since 1989 and now call Fairhope home.  When not practicing law Randy enjoys racing in triathlons throughout the country and has completed over 50 races. 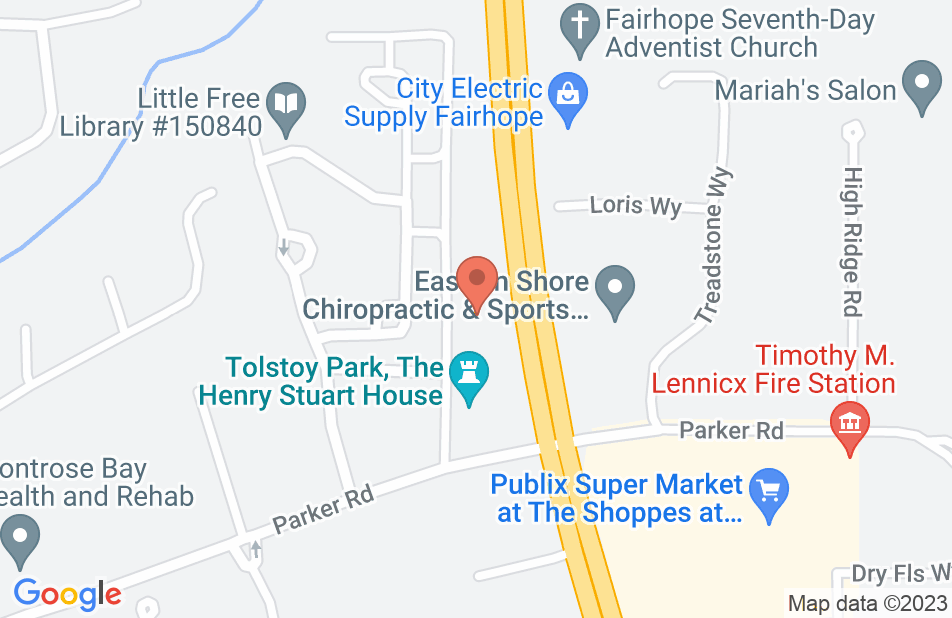 Mr. Walton represented both my husband and myself. It was pretty painless, he walked us through what was going to happen step by step. It was very thorough. It was a very, very good experience. His staff was knowledgeable and very pleasant. The best thing about working with the firm was Mr. Walton's one-on-one approach with both me and my husband. He was definitely there for me as an individual not just trying to win a case.
This review is from a person who hired this attorney.
Hired attorney

I cant say enough good things about Mr.Walton and his practice. I had been fighting to get my disability case approved for almost five years i was denied benefits six or seven times in that time and any one that has dealt with the SSA knows how much of a pain that can be. I was recomended by a family attorney to speak with Mr.Walton, well after obtaining his services it was about a month before i had been approved for my disability benefits. Needless to say Mr.walton is a great attorney you will not be dissapointed.
This review is from a person who hired this attorney.
Hired attorney

I was looking for an attorney to help me with my SSDI case and I definitely picked the right one. Mr. Walton was always available, kept me informed every step of the way, he really stayed on top of everything. If you’re reading this review and are looking for a good attorney look no further... you have found him!!! You will not be disappointed.
This review is from a person who hired this attorney.
Hired attorney

Mr. Walton represented me while I was navigating the very difficult world of getting SSDI approval. He made everything very easy and was supportive throughout the process. He responded quickly every time I had a question and returned every email and phone call I made to him even after he won my case for me! The responsiveness he gives his clients is outstanding. When it came time for my hearing I was even more happy with how professional, prepared, and thorough he was in presenting my case to the Administrative Law Judge. He made the case a slam dunk. He is the best attorney I have ever had, and I highly recommend him to anyone seeking help getting approved for SSDI or SSI.
This review is from a person who hired this attorney.
Hired attorney

I worked with Randy for over a year. Very knowledgeable and professional. Always responded to calls and took the time to explain process, as well as court decisions. Words cannot express how much I appreciated his patience and pleasant personality.
This review is from a person who hired this attorney.
Hired attorney

Randy does all the behind the scenes work for you. He makes the process easy and takes away all the worry’s
This review is from a person who hired this attorney.
Hired attorney

Randy Walton was the legal counsel assigned to my SSA case. Mr. Walton worked my case with the most professionalism. He remained in contact with me throughout my case and was able to answer all questions. I could provide many accolades to his abilities. However, with a favorable outcome to my case, the judge summed it up best to say that Mr. Walton had done a very good job in documenting the case and ensuring that everything was in place. I could not have asked for anything better. Thank you Mr. Walton!!
This review is from a person who hired this attorney.
Hired attorney

Randy did his job and won my case. He was always very thorough and followed through on everything he did.
This review is from a person who hired this attorney.
Hired attorney

Awesomeness at its best!

Mr. Walton was very through and always kept me informed. I wasn’t surprised any unknown events or information. He made getting my disability so much easier with his help! He is a true blessing!
This review is from a person who hired this attorney.
Hired attorney

Randy was so very helpful throughout the entire process. Everything was explained in detail and in a way that was easy to understand. With excellent communication skills he always kept us up to date with the case as it moved forward. In a very stressful situation such as this, he expressed kind comforting words of encouragement for my wife. All in all a true professional!
This review is from a person who hired this attorney.
Hired attorney
See all reviews

I have known Randy for over 20 years. I have referred dozens of my clients to him who have had social security claims and/or workers compensation claims. He has always handled their claims and cases effectively and efficiently. He is a great attorney and, just as important, a really nice person.

I have known Randy for over 30 years now, 25 of those years on a professional basis. Randy is an excellent attorney, who cares about his clients. His dedication is unmatched, which is why I refer individuals who need a social security attorney to Randy.

I've sought Randy's advice on Social Security matters for over 16 years. He is well regarded in the legal community for his knowledge in the area of disability claims. I would recommend his services to any client with Social Security questions.

I endorse Mr. Randolph Walton, as the information he provides on Avvo is spot on, and gets to the heart of the matter. This is a super lawyer!!!

I endorse this lawyer. Mr. Walton has shown through his voluminous contributions to AVVO that he is knowledgeable and experienced.

Randy has always done a great job for his clients in a forthright, ethical manner. I endorse him for both his skill as an attorney and in his role as a mediator.

Mr. Walton is a highly knowledgeable and experienced attorney. His contributions on Avvo's forums demonstrate his vast legal knowledge.

I have known Randy for over 30 years now, 25 of those years on a professional basis. Randy is an excellent attorney, who cares about his clients. His dedication is unmatched, which is why I refer individuals who need a social security attorney to Randy.

I endorse Randy. He a great person and a great lawyer. I highly recommend him.

I have known and worked with Randy for over 25 years. His legal ability, ethical standards and commitment to his clients is exemplary. I would not hesitate to strongly recommend Randy as a mediator or disability attorney.

Randy is known as one of the best disability attorneys around. He is extremely knowledgeable and is very prompt in his follow up with clients. We have referred many clients to him for appeal of disability decisions. He achieves good results and clients love him. If you have a disability question or need someone to represent you in an appeal, do not hesitate to give Randy a call.

Randy does a terrific job of providing his clients with common-sense advice as well as his extremely well-informed views on the various legal issues that they are facing.

I have known Randy for over 20 years. I have referred dozens of my clients to him who have had social security claims and/or workers compensation claims. He has always handled their claims and cases effectively and efficiently. He is a great attorney and, just as important, a really nice person.

I highly recommend and endorse Attorney Randy Walton. Randy does great work for his clients. He is hard working and persistent, and he gets the best results possible for those he represents.