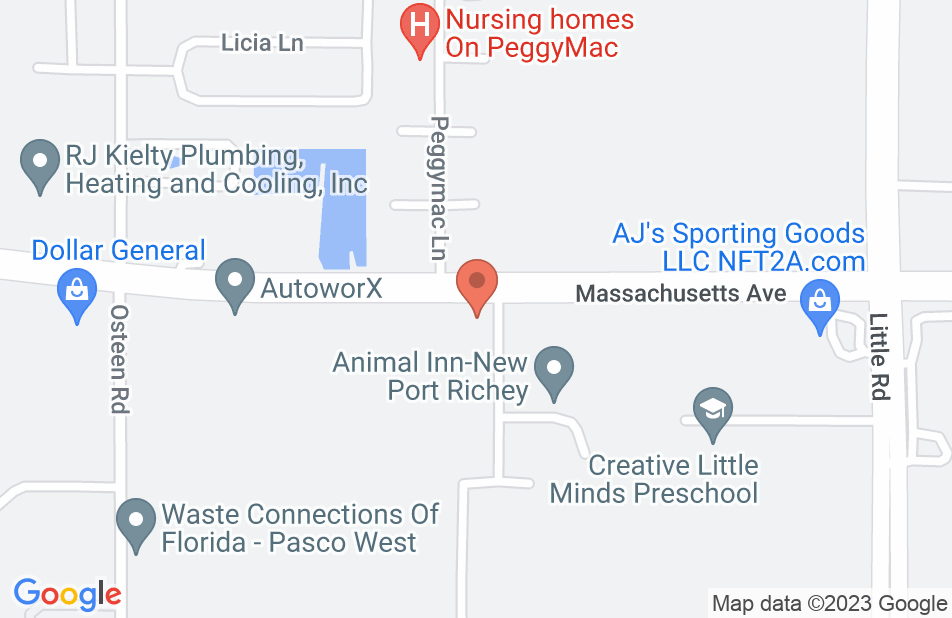 Joe Roth is the best. He did what I couldn’t do for two and 1/2 years of applying for SSD. I first met with him in September 2015., if I am recalling the month correctly. I finally had a hearing to meet with a Judge in December 2016 along with Joe. He had almost 3 reams of paper of my medical records. When we met with the. Judge it wasn’t sure what was going on when Joe was called to meet with the Judge without me. Joe returned to the room where I was waiting. Then we were both called to meet with the Judge. The Judge granted my disability application. It’s because Joe was so thorough in collecting my medical records. I was very impressed and appreciated the work he did to get my disability payments. Joe was well worth the commission he received from my benefits. I recommend anyone to contract Joe for any of your needs. It has taken me almost 4 years to type this review because of my depression and physical and mobility problems.
This review is from a person who hired this attorney.
Hired attorney

Joe and his staff were great to work with, and very professional! I was injured at work with a slip and fall accident, Joe was able to get me the medical attention I needed not what the company doctors tried to pull. He was also able to get me a fair compensation for my injury. I would highly recommend Joe Rooth to anyone who has been injured at work, he will do a great job for YOU!!
This review is from a person who hired this attorney.
Hired attorney

Mr. Rooth went out of his way to represent me in a very extensive case. I am more than pleased with his work and would recommend him to all my family and friends.
This review is from a person who hired this attorney.
Hired attorney

An Attorney who works for you

Attorney Joseph Rooth and his office staff always treated me good. When I call in to get updates they were only to helpful. Mr Rooth work hard to gather all necessary medical information from all my doctors. When the time came for my hearing Joe did his best for present my case to the judge. Joe handled my workman's comp and my social security disability. If you're looking for an attorney who gets results call attorney Joseph Rooth, I'm glad I did!
This review is from a person who hired this attorney.
Hired attorney

Joe rooth what can say..this man is a top notch attorney as well as a compassionate human. Joe fought my insurance company side by side with me never waivering on the facts and the beleif we would win. After 5 long fought years guess what we WON. Joe will battle for you every step of the way. So do yourself a favor you wanna a great attorney that will fight and win hire Joe you won't be disappointed
This review is from a person who hired this attorney.
Hired attorney

The Best In Tampa Bay! Highly Recommended By Many

I had a Worker's Comp. case that was a little different than most. The claim was going smoothly, however I decided to do a little research regarding Worker's Comp. I discovered that many of those injured were not always treated fairly and were in some cases taken advantage of. I realized that I may not need a lawyer now but may in the future. I did not want to be rushed and end up with an attorney that might not be as competent or caring as I desired. I contacted a large, prestigious law firm that was near and had handled successfully some high profile cases. They advised me that their practice did not include Workers Comp cases. When I asked if they could recommend someone, they responded without hesitation, " Joe Rooth, he's very very good "and that if they needed a Worker's Comp. or Social Security attorney he is the one that they would use. I read 24 reviews about Mr. Rooth and everyone was a five star review. Before personally contacting Mr. Rooth, I decided to at least speak with a couple of attorneys in my area first. They both seemed fine. When one of the attorneys that I spoke with asked if I was ready to retain him I advised him that I wanted to contact a couple of other lawyers before I made my decision. He asked who the other lawyers were that I had planned to talk with and I advised him Mr. Rooth and another attorney. He said that if he needed a Worker's Comp. attorney that he, also, would retain Mr. Rooth. He stated that not only is he excellent but that he is a great guy, as well. He seemed proud to know him. Discovering that Mr. Rooth only took Workers Comp. and Social Security cases, as well as, the above mentioned recommendations, I knew that Mr. Rooth was the attorney that I was looking for. Upon meeting with Mr. Rooth, my impression was that he was very honest, knowledgeable, professional and someone who knew all the tricks that Workers comp sometimes uses to reduce the claim amount. He also impressed me as someone who truly cares about his clients and will work hard using his skill and experience to produce the most positive results. He put my wife and me at ease and not only answered all of our questions but I learned a lot more than I expected during the consultation. He informed me that I had done my homework and didn't need an attorney at this time, but if I felt that I needed his help in the future, to not hesitate to contact him. I suspect that some lawyers might not have said this but instead been eager for me to retain them. His saying this was just another reason I felt confident that he was the best attorney in the area for my case. If I didn't need anymore reinforcement for my decision, I learned that Joe was chosen by his peers ( other attorneys ) to be ranked first as the finest Worker's Compensation lawyer in all of the Tampa Bay area in Tampa magazine. Remember anyone can buy a billboard ad or some other form of advertising. By far the best form of advertising that more accurately reflects the truth is word of mouth advertising. You cannot buy this type of advertising. If you have a Worker's Comp. or Social Security case, save yourself some time and anxiety and look no further than Joe. In my humble opinion based on my research and meeting with Mr. Rooth, he's simply the best.
This review is from a potential client who consulted with this attorney.
Consulted attorney

If you are reading this and looking for the ABSOLUTE best w/c attorney, then stop reading this and call Joseph Rooth. If you have been injured on the job and you need help then call Joe!! He is not only the best lawyer for the job but he is also a really great person. I am so thankful I hired him and I promise you will be also. Thank you so much Joseph Rooth!!
This review is from a person who hired this attorney.
Hired attorney

Attorney Rooth agreed to represent me in a Workers Compensation case when I thought no one could help. My experience with Mr. Rooth was positive from the first moment we consulted. He was very attentive, thorough and helpful throughout a very difficult time. Both Mr. Rooth and his staff always responded quickly and effectively with any questions or issues that arose. I’m so grateful for all their hard work and very pleased with the outcome, blessings to the entire staff. Now I can see why there are so many positive testimonials about Attorney Rooth. I highly recommend him.
This review is from a person who hired this attorney.
Hired attorney

An amazing attorney who restored faith.

Mr. Rooth restored my trust and faith in attorneys. I have been trying to get help with disability for a long time. Attorney after attorney said my case was to difficult and did not look like it would be successful. Mr. Rooth took my case, and went all the way with it. At no time did he make me feel like he was unsure. Mr. Rooth won my case bringing such peace and faith back in our lives. It's already hard to live with the medical issues I live with everyday. Mr. Rooth made it possible to smile again. Mr. Rooth, thank you for restoring my faith in knowing that although it was a fight, you stayed until the final bell. You did a great job and we thank you.
This review is from a person who hired this attorney.
Hired attorney

He was recommended by a great attorney in Tampa, where I live, because my guy doesn't do workers compensation cases. I don't think there's a better attorney available. He told me what to expect when possible. And was the reason I got an acceptable settlement. He's the go to guy.
This review is from a person who hired this attorney.
Hired attorney
See all reviews

I endorse this lawyer. Joe is an excellent attorney who takes great care of his clients. We have been extremely satisfied with the work his has done in the areas of workers compensation and disability. I highly recommend Joe.

I endorse this lawyer. I’ve done appeals for Joe on classes he’s won and he does an excellent job for his clients

Joe really goes above and beyond to help his clients. I have always received great feedback from his clients. He is a great attorney to endorse.

I certainly endorse Joseph Rooth. He is our law firm's go to guy for Worker's Compensation and Social Security Disability. We know our clients will be taken care of when we send them to Mr. Rooth.

I had the pleasure of working with Mr. Rooth on a number of cases. He is an excellent attorney, highly qualified in worker's compensation and social security law.

I have known Joe for almost 20 years and he has always done a great job for his clients. Joe is very knowledgeable and trustworthy, I've referred many clients to him and will continue to do so. I highly recommend him.

Joe is a great attorney and better person.

I have known Mr. Rooth for several years. During that time I have referred numerous worker's compensation cases since that is an area that I do not handle in my practice. Joe is Board Certified which is important to me. He has demonstrated superior legal ability and has the highest ethical standards one could hope for. I wholeheartedly recommend him to anyone who has either a worker's compensation claim or for matters involving social security disability claims. He has a superior ability in both areas.