Prior to attending law school, Mike founded StormFront Sports Management in Los Angeles for the purpose of representing amateur athletes as a sports agent.  In its first year of existence, StormFront was able to obtain interest for its clients in the National Football League, as well as athletes who competed for the United States in the 1996 Olympic Games.  During law school and until his graduation, Mike interned with the Los Angeles City Attorney, Civil Liability Division under the supervision of City Attorney, James K. Haan.  Upon obtaining his JD from Southwestern University, Mike joined one of Sarasota’s largest law firms where he continued to practice civil trials and construction law cases.  In 2005, Mike established his own Firm where he represented and advised owners, developers, contractors and subcontractors in virtually all facets of the law.  Mike is an active community contributor and supporter of such organizations as The Cystic Fibrosis Foundation, John & Mable Ringling Museum of Art, and is a regular contributor to The Childrens’ Cancer Research Fund.  Mike enjoys sport fishing, travel and good food. 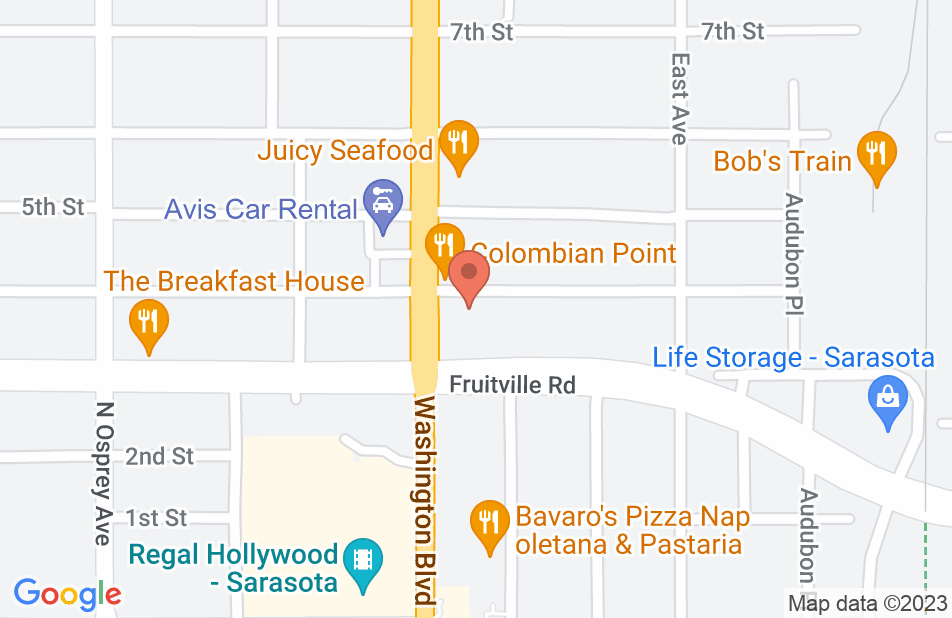 I have used Michael Morgan twice and am extremely pleased with his professionalism. He was very inormative and was able to win both in both cases. Michael is time efficient. I will use his services again if needed, no questions asked..
This review is from a person who hired this attorney.
Hired attorney

Mike helped me settle a dispute with State Farm over my motorcycle accident. Great attorney, handled himself very well, and got a proper settlement from State Farm. I strongly recommend Mike Morgan.

Michael Morgan has handled several legal issues for me over the past few years. He is a real go-getter who understands the ins and outs of the legal system and always seems to have my best interest at heart. He is trustworthy, knowledgeable and eager to explain the process to those of us less informed. If you're looking to have one of the good guys in your corner, look no further!

Mike was a great lawyer for me and my case. A car accident injury left me out of pocket for my hospital stay and my car damage. Mike Morgan handled the case with great skill and I ended up with a settlement with the insurance company of the other driver. I was very happy in the end of the case. Thank you everyone at Morgan Dramis. Thank you thank you!

I was going through a tough time with a bad business partner. Mr. Morgan was very knowledgeable in explaining all of my options and he offered his professional opinion for best course of action. It was a big relief to put my trust in Mr. Morgan. I got the settlement I was looking for and then some. Mr. Morgan even offered some great advice for future business deals.

Recently, while going through a divorce and in need of legal advice, I had the fortunate experience of working with Michael Morgan. Michael stepped up right away and offered me his sound, legal expertise. He helped me sift through the complex legalities of a divorce, and kept me focused on what I needed to do to get through a very difficult time in my life. I would recommend Michael Morgan to anyone who is need of an attorney. His integrity and logical, understanding of the law helped me in providing clarity in a difficult situation.

Mike Morgan was very effective as my corporate lawyer. He handled several legal matters for me. He was prompt, knowledgeable and demonstrated tremendous negotiating ability.

Mr. Mike Morgan is an awesome Attorney. Took the time to understand my cases. Most attorneys would charge me for a quick phone call question, he did not. Met with me on my time schedule. I never felt like I was just another monthly billing. Most attorneys are afraid or not any good at trial. Mike excels in a court room and uses this experience as leverage. He got me the settlement I deserve.

Mike was readily available and was always one step ahead of the issues I was facing. It feels almost as if you are dealing with a family member while talking to Mike. I realize this is "His Job" but to know he is on your side really makes a world of difference and he is unwavering in his support of you and your family in the face of any legal issues....

I would hire Michael Morgan again.

Michael Morgan has helped me with several legal issues and always with positive results. He is honest and takes the time to explain the legal issues, so I have a better understanding of my case and what's involved. I believe he fights for what is right and not just because it's his job.
See all reviews

I endorse Mr. Morgan. As evidenced by the number of questions he has answered on Avvo, he has a great understanding of the law. One can deduce through his many work experiences that he is a stellar attorney.

Michael is a hard working and conscientious lawyer. You are in capable hands when you retain Mike to represent you in your legal matter.

I endorse this lawyer. I have know Michael for over 15 years both personally and professionally. He is an excellent person and lawyer and I highly recommend him.

I endorse this lawyer. Michael is a highly competent and ethical lawyers. His preparation, knowledge base and litigation skills are exemplary. Michael gives his clients and cases the time and attention they deserve.

I endorse Mike Morgan. I have reviewed Mr. Morgan's answers to questions posed on AVVO. His expertise and professionalism is obvious. If you are in need of a skilled accident attorney, who understands injury law, I recommend that you contact Mr. Morgan.

I endorse this lawyer. His feedback alone shows how dedicated he is to obtaining a great result for his clients

Very intelligent and skilled attorney. You should call Mr. Morgan if you are injured.

I endorse this lawyer. Mike knows his stuff-- he understands his clients, gets how his opponents think & operate, and knows the law.

I endorse Mr. Morgan. I have had the opportunity to follow many of his comments and answers and believe he offers sound and direct advice.

Mike Morgan is a dedicated and skilled lawyer who always puts his clients interests first. His track record speaks for itself and is a credit to him and his law firm. I enthusiastically endorse this lawyer.

I endorse this lawyer. Attorney Morgan has indicated through his court work as a top personal injury attorney not just in Sarasota County but throught Florida. A true professional who seeks civil justice of his clients.

I have gotten to know Mr. Morgan through his activity on Avvo. Mr. Morgan is always willing to answer questions and I always learn something from his responses. I would not hesitate to recommend clients to him.

Mike is one of the best personal injury attorney's in Southwest Florida. He treats all of his clients with respect and not just as another injury case. Speak to Mike before you retain any other attorney.

I endorse Michael Morgan. He is a diligent attorney who takes pride in providing exceptional service to his clients.