We work to negotiate timeshare contract terminations on behalf of our clients.

Hi, I'm Mike Finn. My law firm is dedicated to protecting your legal Timeshare or Vacation Ownership rights. For over 49 years, I have had the pleasure of building great relationships with my clients. I look forward to the opportunity to speak with you, if you should need legal services.

As the founding member of Finn Law Group, I focus my practice with balance between negotiation and settlement and litigation with the goal to protect consumers who encounter issues with purchases of timeshare related properties. Please email me or call: Toll Free (855) FINN LAW or 727-214-0700 for a free consultation directly with me. 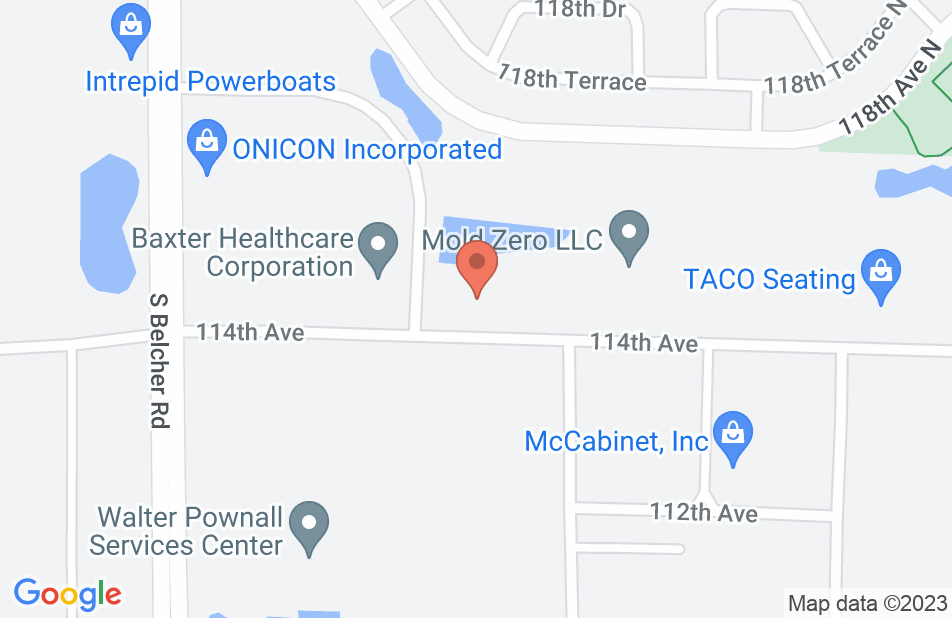 Every member of the extensive Finn Law Group team seemed to be involved in ensuring our case resolved successfully. Communication and professionalism were evident at every juncture, and the founder himself, Mr. Finn, oversaw everything and was personally involved and personally very responsive. The result was steady and ultimately complete success. Finn Law Group is the ONLY entity in the entire Time Share industry that has proved itself honorable and adept, in my eyes......& I've interacted with so very many. Finn Law is a class act. They executed on what they said they knew how to do. They know their stuff. I never received a single request for more payments, or more fees...nothing. Everything was above board, as promised at the outset. While I regret ever having tried other expensive, go-nowhere, dishonest, money-wasting so-called solutions in the past, run by con artists as bad as the resorts themselves, once I found Finn Law I was on the direct path to a solution, and legal and financial safety. Very pleased. It took some time for the resort admit that they were beaten--to get used to the idea and finally cave in. But that was just because they're so slow to learn. They were beaten from the instant I called Finn Law Group. The resort should have just thrown in the towel the moment I pulled these experts in. Mr. Michael Finn is an intelligent, personable and responsive man. And he has built a team each of whom demonstrates the same fine qualities. Again, we couldn't be more pleased. We hope to keep Mr. Michael Finn as a personal friend as our lives go on.
This review is from a person who hired this attorney.
Hired attorney

We bought a timeshare at a Mexican resort and needed to cancel our contract for multiple reasons. After speaking with the resort, they agreed to cancel our contract; however, rather than finalizing the deal, they sent us straight to collections and stopped responding to us. We hired Finn Law to help us get out of the contract and remove the collection account. Mr. Finn and Mr. Osborne were extremely professional, helpful, and courteous along the way. They were able to successfully negotiate an end to our contract (and get proof in writing), and the collection account disappeared. We are extremely satisfied with the outcome!
This review is from a person who hired this attorney.
Hired attorney

I was super sketched out about hiring a lawyer to get out of my timeshare, but Mike met with me in person (I live local) and walked me through the whole process. His team made me feel at ease, and I had Jonathan represent me on my case intake and Louise handled the legal processing. Both were excellent, professional and very patient with me. Mike’s price was highly competitive with other firms I interviewed, but given his winning record on timeshares I was happy to go with him!
This review is from a person who hired this attorney.
Hired attorney

We needed help with a recent Timeshare issue and we were up against a deadline. I spoke to a very helpful online chat person who asked me some questions and set up a morning call. First thing in the morning Tommy T called me and helped me through our issue. I cant tell you how much my wife and I appreciated the prompt help !
This review is from a potential client who consulted with this attorney.
Consulted attorney

My husband and I hired Finn Law Group to help us get out of a timeshare we should have never been pressured into buying. They explained the procedure, time frame and cost. At first we were very hesitant, but are so glad we hired them. From intake with Mike M. to updates from Cheryl F, we feel we were at least kept in the loop as to what was happening. It is a slow process, not necessarily on their end, but getting response from the timeshare company. We are very grateful to them for all they have done to help get us out of a terrible situation. Thanks for everything you have been doing to help others in the same position.
This review is from a person who hired this attorney.
Hired attorney

My family and I went on vacation 10 yrs ago to Cabo San Lucas. When we got there we were accosted by unscrupulous timeshare sales people who park themselves at the entrance of the airport to harass people with timeshare sales. When we got to the hotel they took us on a tour and soon we found ourselves having an owner's lunch and being highly pressured to buy. These are desperate sales people who take advantage of unsuspecting tourists. They liquored us up and soon we were signing to buy a timeshare that we really did not want. We have tried to get out of it unsuccessfully until this past weekend when I was doing research and came across the Finn Law Group. They were truly God sent. I read the reviews, I chatted with a very nice lady and she connected me with Tammy. Tammy guided me through my options to get out. I followed up her advise and a week later I received contract release documents from the timeshare. I am truly happy to have found them. They were helpful, honest and they did not charge me a cent for their advise and guidance. I highly recommended them. If the rating went to 10 stars I would give them 11. The peace of mind alone they have given us is priceless. Thank you.
This review is from a potential client who consulted with this attorney.
Consulted attorney

We contacted the Finn Law Group after talking to several other companies that helped get you out of timeshares. Finn Law Group was the only one with actual attorneys that handled the case. They communicated with us every step of the way. We are now Timeshare Free! Excellent customer service. Excellent service period! Highly Recommended.
This review is from a person who hired this attorney.
Hired attorney

Delivered on their promise

I had a Hilton Grand Vacation timeshare I was looking to get out of. I contacted the firm and Michael Finn called directly to explain their process. Speaking directly with him was comforting that I was making the right decision. I worked with several folks at the firm throughout the process. Eventually I was released of my contract with no hit on my credit report. I would recommend this firm to anyone needing help getting out of a timeshare contract.
This review is from a person who hired this attorney.
Hired attorney

All These Reviews Are True! Call Them!

My wife and I were so discouraged about exiting our time share. I tried local attorneys, and then a bunch of those questionable online operations. Stay Away! Give these guys a call and they will give you an honest assessment. It took awhile but they persevered on our behalf, and I'm sure they did a lot that we didn't even know about. Good luck!
This review is from a person who hired this attorney.
Hired attorney

I never heard of The Finn Law firm before, until my son-in-law went online and did a search and recommended me to contact them. From the first day me and my daughter spoke with Tommy T, we felt a confidence that we didn't have with any other agencies we had contacted before. The process is not a quick one. She told us it could take up to a year, and she was right. However, I was kept in the loop during the entire process. The law firm is honest and up front. I had no surprises. The fees are reasonable. The paralegals I had were very professional and answered all my questions and concerns on a timely manner. My direct contact was Louise B and she was great to work with. I never felt that I was a bother. I am pleased with my results and the experience I had was very smooth. I recommend this law firm to anyone wanting to discontinue their time share and really enjoy a vacation.
This review is from a person who hired this attorney.
Hired attorney
See all reviews

Linda Anderson, General practice Attorney on May 26, 2011
Relationship: Worked together on matter

I endorse this lawyer. I have worked as co-counsel on cases with Mike Finn. Over the past 15 years, his experience with real estate issues has been the difference in the outcome of many cases.

Mike is an exemplary attorney....a zealous advocate and passionate professional. If you need an attorney who will take your issue and try the hell out of the case, Mike Finn is your man.

Mike is smart, dedicated, and truly cares about his clients as people, not just cases. He believes in what he's doing and it's a labor of love for him. I've benefited from his insight and gracious collaboration extended in spite of our status as 'competitors'. I would not hesitate to recommend him to anyone needing timeshare representation.

Michael Finn and his staff have exceptional skill. I have personally worked with him on timeshare cancellation for a client. To all considering retaining him, he has my highest recommendation!

Aaron Swift, Bankruptcy and debt Attorney on Feb 27, 2017
Relationship: Worked together on matter

I wholeheartedly endorse Mr. Finn. He doggedly represents the interests of his consumer clients against all manner of deceptive and unfair trade practices. His knowledge of timeshare law, in particular, is unmatched.

I endorse this lawyer. Michael Finn has represented opposing parties in cases I was involved in and I have been involved in litigation that we have represented co-parties. His creativity and knowledge of the law and common sense of practice have always impressed me and I highly recommend him to others to represent them in real estate issues and other matters.

I enthusiastically endorse Michael Finn. Michael is a very knowledgeable and experienced lawyer who I have had the opportunity to work with on several matters. He is an excellent attorney that is dedicated to his clients' interests.

I endorse this lawyer. It's been my pleasure to have known Michael Finn professionally for about 25 years. I have consulted with Mike on many matters over that time period and to this day value his professional judgment and seek his counsel on a fairly regular basis. I am delighted to recommend him highly for his legal counsel.

Mike is an exemplary attorney....a zealous advocate and passionate professional. If you need an attorney who will take your issue and try the hell out of the case, Mike Finn is your man.

Linda Anderson, General practice Attorney on May 26, 2011
Relationship: Worked together on matter

I endorse this lawyer. I have worked as co-counsel on cases with Mike Finn. Over the past 15 years, his experience with real estate issues has been the difference in the outcome of many cases.