John H. Trevena is the owner and principal attorney of his firm. He has been practicing law for more than 34 years. His keen sense of strategy, accomplished skills as a trial lawyer and straightforward approach bring due process for his clients in the criminal justice and civil court systems.

Attorney Trevena is listed in Florida Super Lawyers magazine in 2006, 2007, 2008, and 2009. Super Lawyers are peer selected and considered among the top 5% of attorneys in their areas of practice.

Attorney Trevena is also a Fellow of the Litigation Counsel of America (LCA). The LCA is comprised of less than one-half of one percent of American lawyers. Membership is limited by invitation only and selection is based upon evaluations of effectiveness and accomplishment in litigation, and superior ethical reputation.

Attorney Trevena was also elected as a Fellow of the American Bar Foundation in 2010. The Fellows of the American Bar Foundation is an honorary organization representing one-third of one percent of licensed attorneys. Fellows are lawyers, judges, law faculty, and legal scholars who have been elected by their peers to become members of The Fellows because of their outstanding achievements in the legal profession.

Attorney Trevena was invited to membership in Lawyers of Distinction in 2019.

Attorney Trevena was admitted to the Florida Bar and US District Court, Middle District of Florida in 1986. He received his Juris Doctor from Stetson University in 1985, and his Bachelor of Arts degree in 1982 from the University of South Florida.

His current memberships include:

John is a Lifetime Member of Phi Delta Phi, and was on the editorial board for the Florida Bar Journal and Florida Bar News from 1990-1993. He served as Assistant State Attorney from 1985-1987. Attorney Trevena has been a Board Certified Criminal Trial Lawyer (Florida Bar Board of Legal Specialization and Education) since August 1, 1992. 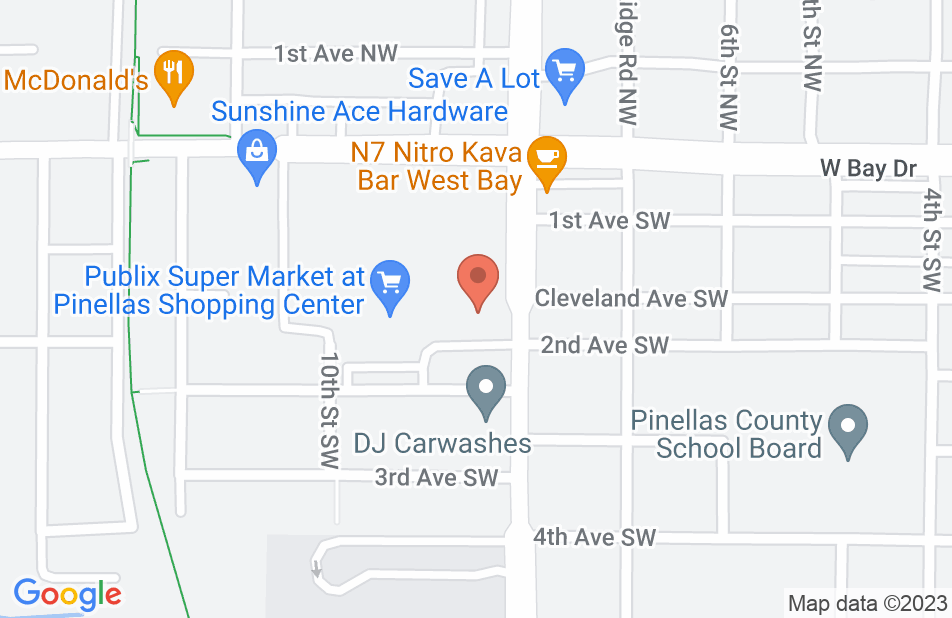 i am kimberly sult cauler and i hired mr. trevena to represent me when i was unlawfully arrested. he is the best lawyer i have ever hired. i would reccommend him to anyone and have several times. thank you for justifying my rights. .

Confidence in an Attorney

I have a great distrust of attorneys. Trevena is one of the few that I would recommend. He's helped me and my family through some harsh times. He is forthright and tells how it is. Even when it's not good. But doesn't try to scare. He also does his best to LISTEN and answer questions no matter how silly they may seem. He makes himself available when others won't and you might be in the scariest place you've ever been. He is also frank about his charges. He doesn't come back for more and more and more as so many do. Not a shyster. That's uplifiting all by itself!

John Trevena has been my attorney for years. He has the knowledge, the experience and the forthwith of getting the job done. He has gone above and beyond for my family. I recommend John Trevena for your attorney needs. You will never be disappointed. He is also a very caring individual. Thanks John for all you have done and continue to do. You are one awesome person and attorney !!
This review is from a person who hired this attorney.
Hired attorney

John Trevena is one of the finest attorneys I have had contact with, also his team, were very professional. Always following up & answering your calls/email no matter the time. He also showed compassion through the whole case, and even after. His legal assistant Yasmin and office manager Fran were always very helpful and kind hearted. My experience with this office is 5 starts and would recommend. Very dedicated! Thanks John, and his team for all you did.
This review is from a person who hired this attorney.
Hired attorney

When You Need The Best Legal Defense, John Is The One To Hire.

Thanks John for all you have done for me! John convinced the State that it would not be wise to take my case to trial. Would be a waste of their time and money. Too many inaccuracies in the police report. The result, NO CONVICTION! Not only does John have tons of experience and expertise in Criminal Defense, he showed so much compassion for my problem. I now consider John a very good friend.
This review is from a person who hired this attorney.
Hired attorney

Hands down best lawyer. I have been with mr trevena for 16 years. Matter of fact he is the only lawyer that I have hired ever. Mr trevena gets my vote for best lawyer ever in the Bay Area. Thanks John for everything.
This review is from a person who hired this attorney.
Hired attorney

Posted by Deputy Steven SmithThu May 11 2017

I found myself on the wrong side of the law after being on the right side of the law for six years. Being a deputy sheriff I knew from my experience the good lawyers in the bad ones and I knew who to go to when I was up against a three hundred million dollar political machine. When I walked into John's office and spoke with him and Bridget I immediately could tell and hired them on the spot. I was facing three felonies and 15 years in prison John was able to get 2 of the felonies dropped and went to trial on one and got a not guilty verdict in a highly publicized case. The level of skill and wisdom John provided was unparalleled and he knew I was a political Pawn in a much larger scheme. He is way more respected by others in the Tampa Bay Region and has unparalleled trial experience in 32 years John has tried several high-profile cases on the news and the internet and through his professional business contacts in Media resources was able to equal the playing field in an unfair Battle of power and money in politics.
This review is from a person who hired this attorney.
Hired attorney

I hired Mr. Trevena on a Domestic Injunction Petition that was granted by Default. Most of all the Attorneys I spoke to, wouldn't touch it, Mr. Trevena, and his Associate: Mr. Saunders helped me with it and got it reversed. I highly recommend them and their friendly staff.
This review is from a person who hired this attorney.
Hired attorney

Mr. Trevena is a wonderful attorney. My husband was charged with a felony and we knew he needed great legal representation. We choose Mr. Trevena to be that lawyer and our voice if we went to trial. Mr. Trevena is steady and precise. He always let us know how our case was going and listened to our thoughts and concerns. With the help of Mr. Trevena and his team we were able to get an equitable resolution to our case.

Me and my fiance was very pleased to work with John, he takes care of his clients. My fiance was originally charged with drug charges & DUI (felony) and John dropped all of those cases, my fiance was NOT convicted on none of the drug charges but was convicted on a misdemeanor for DUI and sentenced to probation for a year and 6 months, on top of that he helped my fiance with the VOP charges (currently one in process). I'm very thankful for helping us get through these harsh times. John always kept his words and I would defiantly recommend Mr. Trevena to those who been charged with criminal offence. John won't leave you hanging!
See all reviews

Johnnie Trevena since we were classmates in law school, and I have known him personally and professionally for more than three decades. I can attest to his sterling reputation as a zealous and effective advocate for his clients.

I endorse Johnnie. He is a highly skilled attorney that is well respected in the legal community.

I endorse this lawyer. Attorney Trevena is a well known and respected attorney in Florida. I would high recommend his services.

Jesse James, Personal injury Attorney on May 13, 2010
Relationship: Worked together on matter

I endorse this lawyer's work. John is always available to help his fellow attorney with sound reliable advice regarding any Criminal Law issue. Thanks John!

I endorse this lawyer's work. John is an excellent attorney. His work on high profile cases can only be described as outstanding. He works hard for his clients and is a tenacious advocate. I recommend him without reservation.

I endorse this lawyer's work. John is an excellent attorney who cannot be intimidated by anyone.