Lee Pearlman was born and raised in Dillsburg, Pennsylvania, a small town just outside of Harrisburg.  He went to Northern York County High School, and  attended college at the University of Maryland, College Park where he received two bachelor of arts degrees and two minors.  Lee also studied at the University of New South Wales in Sydney, Australia for 6 months in 2002.  While in college he enlisted in the U.S. Army Reserve and served two years in the Military Police.  After college Lee moved to St. Petersburg where he attended Stetson University College of Law.  While there Lee was a member of Stetson's top nationally ranked Trial Team and Alternative Dispute Resolution Board.  He was the recipient of the Ralph Harris Ferrel Competition Award and The National Order of Barristers for his performance on those teams.  Lee also served a judicial internship with the Honorable Donald E. Horrox in the Sixth Judicial Circuit, Pinellas County.

After graduation Lee accepted a position with the Pinellas County State Attorney's Office, where he also interned during law school.  During his time as an Assistant State Attorney Lee tried over 87 jury trials, ranging from 1st degree felonies to 2nd degree misdemeanors, including all traffic related citations and crimes.  He served in county, traffic, and felony courts and dealt with every aspect of criminal law, including writing multiple successful appeals and handling Executive Assignments from the Office of the Governor.

After leaving the State Attorney's Office Lee accepted an associate position. As an associate Lee handled all aspects of criminal defense, including trials, motions, and appeals on behalf of his clients.

Lee is now a partner at the law office of Denmon Pearlman along with husband and wife, Christian and Nicole Denmon. Their sole focus and attention of the firm is their clients as they believe constant access and communication should always be available to those who put their faith in Denmon Pearlman.  With this belief and the desire to help people in their time of need, Lee, Christian and Nicole believe themselves to be situated to help their clients achieve the best outcomes with the least amount of stress, fear, and complications possible. 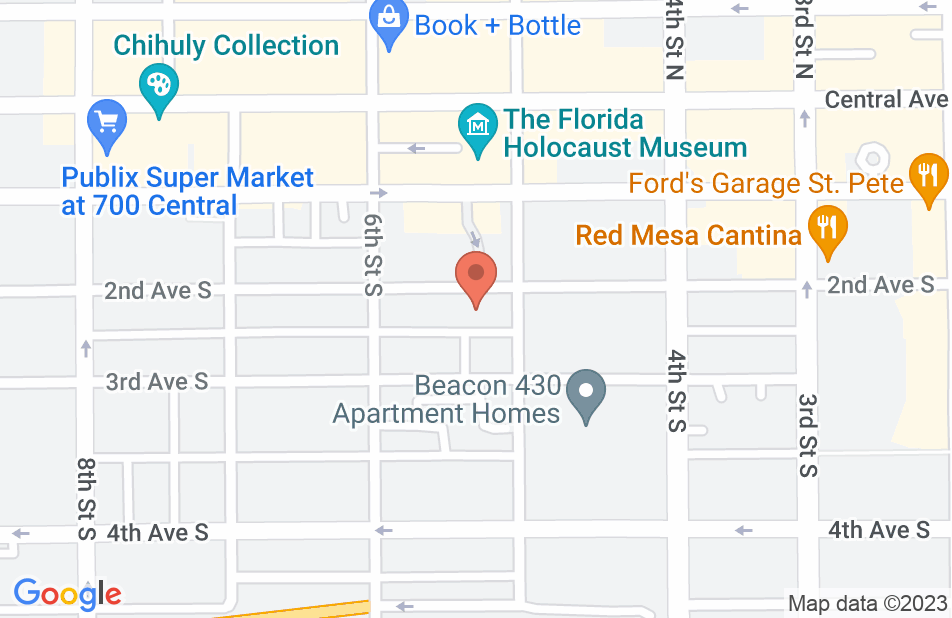 I have used this law firm on 3 separate occasions, and each time I am more impressed. Lee is a great lawyer and a fighter. He doesn’t treat you like a file on the desk. Him or Ashley were always accessible to answer any questions or concerns. On my case, Lee went the extra mile to get a case that seemed hopeless, dismissed. I would recommend Lee to my friends and family and would go nowhere else.
This review is from a person who hired this attorney.
Hired attorney

Highly recommend worked well with all my previous cases. Very flexible with payment. Really a proactive in counter.
This review is from a person who hired this attorney.
Hired attorney

Facing a 10 year to lifetime revocation of my Driver's License for a Felony DUI, I did not look for a favorable outcome but to simply mitigate my sentence and reduce my time spent in jail. Lee Pearlman, however, was able to provide an unexpected miracle. Not only was my charge reduced to a misdemeanor (first triumph) but right before trial an offer for DUI reduced to Wet Reckless was presented (and quickly accepted). Throughout the process Lee was very reassuring, responsive, and ready to go to battle for me. I highly recommend Lee Pearlman and his services!
This review is from a person who hired this attorney.
Hired attorney

The Friendliest Lawyer I've Ever Met

February of 2019 I ran into a very problematic legal matter, it put my healthcare license and my very livelihood on the line. I didn’t have anyone to turn to and my family left me on my own, I was lost and, honestly, things were looking bleak. I was recommended Mr. Lee Pearlman and went to meet with him, without much hope for how things would turn out. Not only was Mr. Pearlman understanding of the situation, he was so friendly and calm that my problem seemed less like the end of the world and more like an unfortunate bump in the road. It took a couple of months but he fought for me to return to work and explained the process so that I could actually understand the legal lingo. It has taken more time and dedication than I ever thought, but my life is back on track and I cannot thank Lee enough for fighting for me. I had very low expectations for how things would turn out, but Lee blew them out of the water and helped me more than I thought possible. If you are looking for someone that won’t judge your mistakes and will try his hardest to help you, I cannot recommend Lee Pearlman enough. He and his staff were always so nice and I will genuinely miss seeing them all.
This review is from a person who hired this attorney.
Hired attorney

Mr.Lee Pearlman and his team are hands down the most professional and consistent group of people I have ever encountered. They took the absolute best care of me and my family in my time of need. If you’re looking for results and execution of the highest manner this man and his team are the ones! Look no further worldclass !
This review is from a person who hired this attorney.
Hired attorney

On September the 9th, I soberly awoke to a nightmare in the county jail with 2 extremely serious felony charges and 1 misdemeanor. Lee was recommended to me and he swung into action immediately. Firstly, he got me released from jail the same day. After my release, I met with Lee and he went over the scenarios that could play out and he instructed me to do 3 things, most importantly, stay sober. He assured me he would handle the rest and do everything in his power to make sure I’d teach again (my 20 year teaching profession was on the line), but first and foremost, keep my out of prison. My case was not simple by any means and Lee fought long and hard to get me justice. Subsequently, after extraneous negotiations, 1 charge was lowered and 2 completely dropped. With a gracious heart, I have to say that Lee lived up to his word with astounding results and over time I will teach again, but more importantly I am not a convicted felon. For him to save my teaching career was invaluable, it is my purpose in life. These results were more than I could ask for and I will be internally grateful. As for Lee Pearlman, he is there a 110% for his clients and extends an honest hand of justice to them. Lee doesn’t say what you want to hear instead he shows it through outstanding results for his clients through his actions.
This review is from a person who hired this attorney.
Hired attorney

Lee Pearlman was great. He handled a difficult legal issue for my wife and I like it was the easiest thing in the world. Lee, thanks again.
This review is from a person who hired this attorney.
Hired attorney

When my son was arrested for armed robbery, we felt he got himself in the situation and should use the public defenders. However, the first two public defenders said they had conflicts. The regional public defender never showed up in court. It was then we hired Lee. He took my son's case and managed to get him released from jail. When my son violated his probation, the same problem occurred with the public defenders and regional public defender. We hired Lee again. He was able to resolve the issue in one day. We recommend this attorney as the go-to guy for criminal legal troubles. He also is affordable and his staff works with clients on payment issues.
This review is from a person who hired this attorney.
Hired attorney

Lee was referred to me when I was charged with a DUI, it was my first time being in any sort of legal trouble. He immediately put me at ease with his positivity and unrivaled confidence. I always knew what to expect given his excellent communication and accurate foresight every step of the way. He achieved the best possible outcome in my case and I can’t thank him and his team enough! If you need an attorney that gets RESULTS you need to call Mr. Pearlman.
This review is from a person who hired this attorney.
Hired attorney

Denmon Pearlman did an excellent job with my legal issue. When it came down to it, Lee was professional and got results. A great legal team worth the time and money. Staff kept me on top of important dates and requirements, while Lee fought for me with everything he had. His hard work made a different for my family life - and for that I can not thank you enough!! Keep up the great work!!
This review is from a person who hired this attorney.
Hired attorney
See all reviews