Tim Hessinger is an experienced St. Petersburg, Clearwater and Tampa criminal defense attorney with 30 years of criminal law experience, 15 of which were as a prosecuting attorney. If you are charged with a serious charge then you need a serious criminal defense lawyer that knows how to obtain the best results for his clients.  Our firm is dedicated to criminal defense - don’t hesitate a moment to contact us. We offer a free case evaluation – take advantage today! 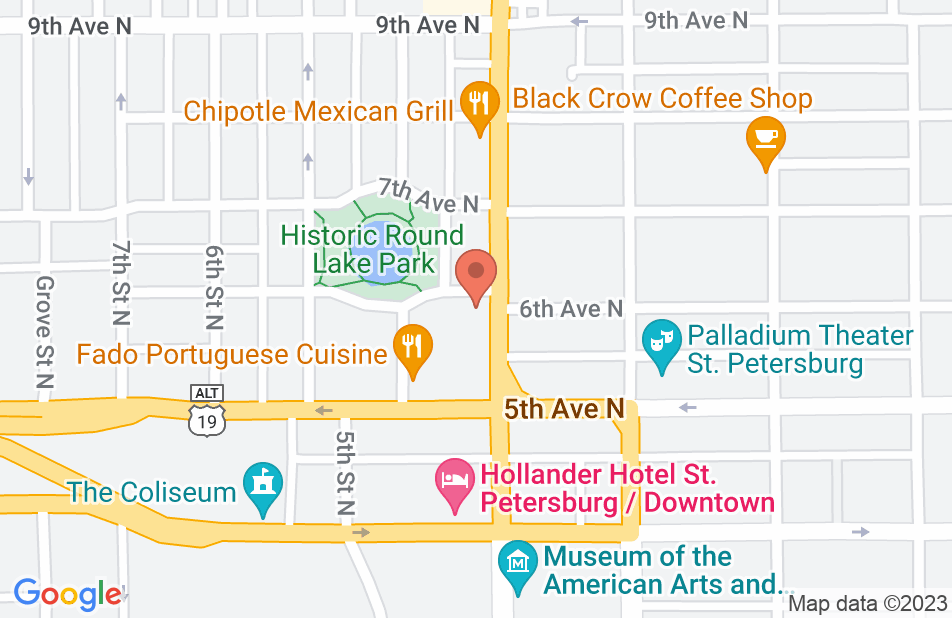 The Law Office of Timothy Hessinger

Best money I have ever spent

I was facing Felony assault charges and had never been arrested and didn’t know what I should do.. The best thing I did was hire Mr. Hessinger !! His experience working as a prosecutor in the court, where my case was being handled, was a big factor in my decision to hire Mr. Hessinger. He resolved my case without me ever having to go to court and got my charges dropped. He saved not only my life but my family’s as well!! Thanks you Mr. Hessinger!
This review is from a person who hired this attorney.
Hired attorney

even though the defense had to change the day of the hearing the result was fantastic and the fee was the original agreed upon amount.
This review is from a person who hired this attorney.
Hired attorney

From the first day Tim signed on to represent my husband in a very serious case, Tim has kept us involved in every aspect of the case. He was referred to us by a friend who also hired him as well a few years ago. Tim was always available either by text, call, and email; he always promptly answered our questions as to anything pertaining to our case. He was honest about the outcome and we knew that with every document he asked us to get, the truth would come out. He worked diligently to prove my husband was innocent. The outcome was what Tim was positive would occur and no charges were ever brought up against my husband. We are so grateful beyond words as to hiring such a dedicated attorney who always had our back.
This review is from a person who hired this attorney.
Hired attorney

Tim has so far done an amazing job and has made me feel safe and listened attentively. Made me feel we will win this case and my life will move on.
This review is from a person who hired this attorney.
Hired attorney

Mr. Hessinger represented my son in a recent court case. He was professional, patient, knowledgeable, kind, helpful, and compassionate. His level of expertise in his field was was above anything I could have imagined. Mr Hessinger was always available to answer any questions either myself or my son had. His staff are professional, and compassionate they always made me feel confident in there ability to help. This is in my opinion overall an excellent law practice.
This review is from a person who hired this attorney.
Hired attorney

My life changed in one day, It changed from being ab normal working guy into finding myself needing a lawyer, I called several high profile lawyers, you know, the ones on the bill boards and radio, and I told them what happened in my life and why I needed a lawyer ASAP. The next following days all of the Big Firms returned my phone call and informed me they would not handle my case. They only wanted something they could win and make big money on, not a difficult case such as mine. They wanted no part of it and sent me on my way. If I could not find a good lawyer, I would be faced with the possibility of losing my job, my retirement and even worse possibly 5 yrs in prison. I never imagined I would be in such a position in my life and had no idea how to find an attorney that would be able to explain, defend , and fight for me. I Searched the Internet looking for a lawyer, and was very fortunate to see Mr Hessinger 's information . I called his office, received a return call and met him in his office. The following day Mr. Hessinger contacted me and stated he would represent me. Mr Hessinger stood by me from start to finish I never got a break from the courts, but Tim Hessinger never quit. Never . He did more then I could ever ask from anyone, Tim Hessinger has an impeccable back ground in law with years of experience and it was demonstrated many times during the case in which he represented me. He is truly a great person who is fair and honest with his clients and relentless in his pursuit of representing his clients. Tim Hessinger saved me from an unjust situation, protected my rights, and worked diligently to protect me from a horrifying situation, bringing it to a positive resolution. Although I will never forget the experience of being in the position I found myself in, I also will never forget how Mr. Hessinger worked until it had solid footing into a positive outcome. Tim Hessinger showed me without a shadow of a doubt that he is the best lawyer in Tampa Bay

Breathe of Fresh Air to find a Top Notch Lawyer who is honest - straight forward - stays in budget - does what he says he is going to do - and doesn't keep you guessing. If your in need of a EXCELLENT Lawyer to treat your case/issue with respect and your best interest first in line then contact Mr. Hessinger - I could not be any happier with the handling of my legal issues. Overall rating 5 STARs-Excellent!!!!

I've worked with and known Tim as an attorney for 20 years. I believe he is one of the finest defense attorneys in the Tampa Bay area and would recommend him to any one in need.

Timothy Hessinger is very professional. along with his staff at the office, if he wasn't available they are always helpful and willing to get you what you need no matter if they had to make calls,emails, faxes, etc.. Tim kept me in the loop about my case and when certain things needed to be handled ever step of the way. He gave me all the possibilities and was always positive from the start. He met every single goal that we had set. I have 5 felony drug charges pending against me. Tim, along with his knowledge and resources was able to get me into a Pre Trial Intervention program which when complete my charges will be dismissed. During the process of my court appearances; Tim is always there standing by me, making me feel comfortable and at peace. He also makes it possible for me to be in and out fast ( I am usually one of the first ones out of there). Tim is definitely one of the attorneys that gets paid for what he does, he earns every dollar. Took care of things in timely manner and never slacked. I could not have asked for better legal representation.

The service and results I received with from Tim Hessinger far surpassed my expectations. He had my issues resolved in 1 day. No Charges were ever filed.
See all reviews

Blake Marcus, DUI and DWI Attorney on Jan 6, 2015
Relationship: Other

I endorse this lawyer. Experience matters, and being a former prosecutor, Tim brings a wealth of experience and understanding to the table in analyzing, defending and resolving criminal matters.

Gregory Olney, Criminal defense Attorney on May 14, 2014
Relationship: Worked together on matter

I endorse this lawyer. tim hessinger is a passionate advocate and is extremely effective in protecting his clients' interests. he has a great reputation among prosecutors, defense attorneys and the local judiciary. i wouldn't hesitate to recommend him to members of my own family.

Very fine lawyer that is attentive to client's needs and an aggressive advocate with the knowledge and experience necessary for complex and difficult cases.

I endorse this lawyer. Mr. Hessinger is a top flight criminal attorney who is well regarded by the professionals in this community and loved by his client.

Tim Hessinger is an excellent attorney, and I would not hesitate to recommend him for any case. He has the reputation, knowledge, and skill to obtain the best possible results for his clients.

I have known Tim for many years and have observed Tim's performance on many criminal cases. Tim always provides excellent representation to his clients and always obtains outstanding results.

Having known Tim since we were prosecutors together I know him to be a meticulous and effective attorney. I endorse Tim Hessinger without reservation.

I endorse this lawyer. Tim is a very intelligent, highly skilled criminal defense attorney with a vast amount of experience, both from the prosecution side and from the defense side of the litigation. I had the pleasure of supervising him when he was at the State Attorney's Office and now refer to him for clients that have the need for an excellent criminal defense who will fight aggressively for their rights. He is very well respected in the legal community, as well for his integrity and legal knowledge.

I endorse this lawyer. Tim Hessinger is a brilliant attorney with a long and distinguished career. He has a great comprehension of the law is always approaches his cases with a strategy that guarantees the best possible outcome. I would always recommend Mr. Hessinger as a great defense attorney.

I have known Mr. Hessinger for several years and have always found him to be an aggressive advocate for his clients. I endorse this lawyer.

I endorse this lawyer. Mr. Hessinger is a well respected part of the criminal defense community. I trust his opinion on many legal issues and would endorse his services.

I cannot think of a better criminal defense lawyer in the Tampa Bay area to trust with your case. Mr. Hessinger's extensive experience as a state attorney brings him head and shoulders above the competition. I endorse this attorney.