Kristin Kirkner has focused her practice on family law and military family law since 2004.  By limiting her practice to family law, includingdivorce, paternity, custody, child support, alimony and military divorces, Kristin has been able to focus on the one area that best utilizes her negotiation and litigation skills. Kristin is Board Certified in Marital and Family Law in the State of Florida, and has been accepted in the Thirteenth Judicial Circuit for the State of Florida as an expert in military divorces and division of military pensions.

Before opening Kirkner Family Law Group, Kristin was a partner at DeCort & Kirkner P.L. from 2010-2014 and an associate attorney at the The Law Office of Donald P. DeCort, P.A. from 2005 to 2010 and staff attorney at Bay Area Legal Services from 2004 to 2005, where she focused on domestic violence law and domestic violence injunctions.

Kristin grew up in Colorado Springs, Colorado and worked at LexisNexis before attending law school. She moved to Florida in 2004 when her husband was stationed at MacDill Air Force base, and found a true home in the Tampa Bay area.  Kristin is a proud military spouse and the mother of two girls. 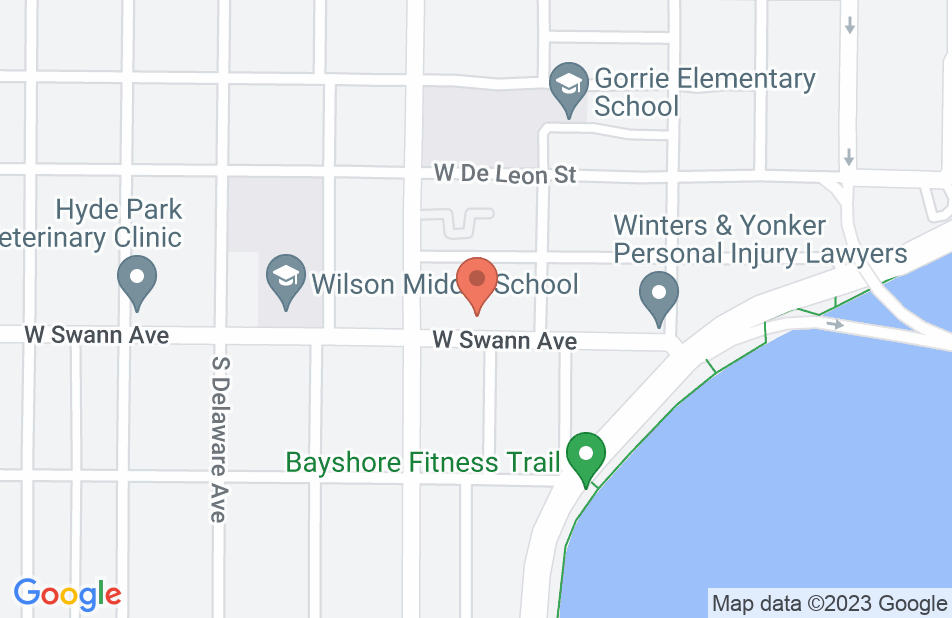 I would recommend Kristin K to anyone! I'm very thankful for her. She has helped me tremendously with all my cases over the years and now (divorce, domestic violence, full custody, child support) and has stood by my side the whole way through. The office staff is very nice and helpful too. Kristin's secretary always kept me informed of my cases and answered my questions in the same business day.
This review is from a person who hired this attorney.
Hired attorney

Kristin is the most outstanding, intelligent, and supportive attorney I have ever worked with, and I have interacted with many top attorneys both professionally and personally. She handled my divorce and continues to handle occasional post judgment issues for me. My divorce was a nightmare and especially challenging due to issues involving child custody, military service, domestic violence, division of property, and Federal tax liabilities. She persevered and prevailed, and I am eternally grateful for her outstanding representation in addition to her more than reasonable fee structure. She dug me out of a financial nightmare that would have crippled me for life and compromised the quality of my children’s lives. Her depth of experience ensured that me and my children are financially protected and physically and emotionally safe. She listened to every detail, painstakingly read every long and drawn-out email, and helped me separate the facts and emotions. When I initially presented my case to her, it was a mess to say the least, and she initially protected me with a postnuptial agreement that was iron clad and later survived an assault of challenges from my ex-husband’s attorney that had many years of experience in both trial and appellate matters. She took the time to explain every step of the process and alternative avenues. She was always attentive and diligent in ensuring the best interests of the children were served, and she was able to diffuse highly volatile legal and personal issues between me and my ex-husband. She went above and beyond to respond to my emails after office hours, on weekends, and even when she was on vacation. She was masterful both strategically and in the courtroom. She is highly intelligent, articulate, efficient, experienced, and displays the highest level of integrity. I quickly observed that the judge in my matter respected her, and Kristin prevailed on every motion and issue in my matter. She has a positive relationship with everyone at the courthouse which was extremely helpful in scheduling matters. She is highly respected by her peers and has a reputation for being one of the best. Her staff is likewise incredible, always pleasant, professional, highly skilled, attentive to every detail, and there were never any mistakes, oversights, or delays. Words cannot express how grateful I am to Kristin for her outstanding representation, and I highly recommend her as the “best” without hesitation. She has enabled me and my children to move on to the next chapter in our lives. We are happy, emotionally healthy, financially secure, and -- for the first time in many, many years -- I see a positive relationship growing between the children and their father.

We hired this lawyer for my daughter to get a divorce from her narcissistic husband. My daughter had to do all the leg work to get paperwork together. Every time she would text her a question it cost over $300. Even though it only took a second to answer the question. When it was time for her hearing she didn’t even bother to show up at court. She sent someone who had no idea what was going on with the case. In court the new lawyer allowed my daughters husband to talk all he wanted. Every time my daughter tried to speak she was told it was hearsay. But this guy could tell all the lies he wanted to. And after spending over 5 grand my daughter still isn’t divorced. What did we pay her for????
This review is from a person who hired this attorney.
Hired attorney

Ms Kirkner did a phenomenal job keeping up the reputation of her profession. She said it would be easy for me to get full custody of my children, she said she would get you ex psychologically evaluated. Want would up happening is that I was the one who had to get to psychologically evaluated and I lost time with my children....not to mentioned it cost me over ten thousands of dollars in the process.
This review is from a person who hired this attorney.
Hired attorney

I enthusiastically endorse Attorney Kristin Kirkner. We have known each other professionally 15 years. I have sought out her advice on military-related cases. She is known statewide as an expert in this area. I have also worked with Ms. Kirkner in the role of mediator and she was excellent.

I endorse this lawyer. Kristin is regarded throughout the state of Florida as one of the top military family lawyers out there. I have had the opportunity to work with her as both opposing counsel, as a mediator on her cases and as her serving as a mediator on mine. She is outstanding in all capacities. Kristin is always professional, prepared, compassionate and a zealous advocate for her clients.

I used Kristin as a mediator on a very complicated family law matter. She was instrumental in working out a temporary agreement. Additionally, I personally know Kirstin to be very knowledgable with regard to military family law issues and have sought her advice on those matters several times. I am happy to endorse this lawyer.

Kristin Kirkner is a knowledgeable and intelligent collaborative attorney who zealously advocates for her clients, at the same time as she offers caring and warm counsel as they make crucial decisions for the well-being of their restructured families. She is well-respected in the legal community and upholds the highest ethical standards of our profession. I cannot endorse Kristin highly enough.

Kristin Kirkner is a knowledgable, compassionate, and very effective family law attorney. Her experience is second to none, and she sets a very high standard of professionalism. I highly endorse Kristin in all areas of family and military law.

Kristin and I had the opportunity to work together on settling up an old post-judgment dissolution case, and I found her to be very easy to work with, well-organized, and reasonable in her approach to streamlining the issues. I would recommend Kristin to anyone who is seeking legal advice in the area of family law.

I endorse this lawyer. Kristin has the highest ethical and professional standards. I have worked against Kristin on several cases and she has superior legal knowledge. Kristin always seeks to to what is in her client's best interest whether it is settling a matter or taking it all the way to trial. She aggressively advocates for her clients and does so with class and professionalism. Kristin is a pleasure to work against and I would recommend her to anyone I know needing legal assistance in a family law matter.

I endorse this lawyer. I have had the opportunity to be the opposing attorney on a case with Ms. Kirkner and know her through the community. Ms. Kirkner is extremely knowledgeable and is a zealous advocate for her clients. She maintains the highest ethical standards and practices law with integrity.

I endorse this lawyer. I worked with Ms. Kirkner as opposing counsel on a case. She is well-respected and works diligently for her clients.

Lara Davis, Divorce and separation Attorney on May 24, 2011
Relationship: Opposing Counsel on matter

I endorse this lawyer. Kristin and I have worked together on several family law cases. Kristin is a zealous advocate on behalf of her clients, but always maintains a high degree of professionalism and integrity. I would recommend her unreservedly.