Experienced, aggressive, AV Preeminent® rated (the highest peer rating standard. This is given to attorneys who are ranked at the highest level of professional excellence for their legal expertise, communication skills, and ethical standards), divorce, child custody, and family law Attorney.

Syed's practice focuses primarily on family law. Syed is rated AV-Preeminent by Martindale-Hubbell. AV Preeminent® is the highest peer rating standard. This is given to attorneys who are ranked at the highest level of professional excellence for their legal expertise, communication skills, and ethical standards by their peer.  Syed is in an elite group of approximately 10 percent of all attorneys that hold an AV Preeminent Rating. He is a former Major Crimes Prosecutor with a tremondous amount of trial experience. He has extensive experience dealing with divorce, child custody and paternity cases. Having tried 100s of cases to conclusion Syed is a skilled litigator. Syed is also well versed at navigating post-dissolution matters, including child support, alimony, and parenting plan modifications.

Syed has worked as an Assistant Prosecuting Attorney in Tampa and Detriot as well as holding a position in the Major Crimes Bureau with the Michigan Department of Attorney General. He is licensed to practice law in Florida and Michigan.

Syed earned his bachelors degree from the University of Michigan in 1993, and graduated from law school in 1996 from Seton Hall University School of Law.

Syed is a running enthusiast having completed the Clearwater 50k and NYC, Miami, Chicago and Detroit marathons. He also loves coaching his son's basketball team at the local YMCA. 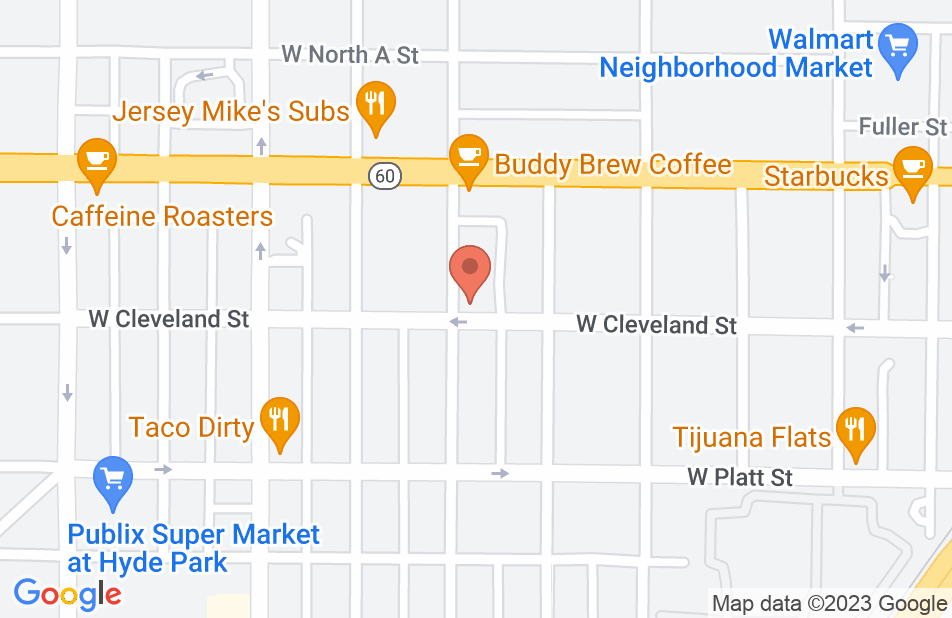 I’ve retained Syed for counsel three times over the last 5 years. My cases have consisted of THE WORSE family law issues. Through each detail of domestic violence, child abuse, felonies, misdemeanors, marital debts, child support, and every other ugly issue, Syed has been honest, upfront, detail oriented, realistic, caring, and always fought for my child and I with his best. Nothing but great things to say about this attonrey. His integrity speaks volumes of his character. His staff has been consistent year after year, you can expect to receive fair treatment and consistency.
This review is from a person who hired this attorney.
Hired attorney
Syed Ahmed's response: I wish you nothing but success in the future.

Incredibly knowledgeable and does not price gouge you! I had a horrible situation where my Ex-husband refused to return my daughter from his timeshare. I was in a panic. My previous attorney raked me over the coals with outrageous fees! I didn’t not have anyone in my corner. I contacted Syed and he had a precise response that was exactly what was needed! He filed an Emergency order and my daughter was home the next night. I can’t say enough about his knowledge of the law, his experience, and compassion!
This review is from a person who hired this attorney.
Hired attorney
Syed Ahmed's response: Thank you so much.

I would re-hire Mr. Ahmed without hesitation.

Mr. Ahmed represented me during my high-conflict divorce which began in 2017 and finally ended in 2019. My divorce from a difficult and uncooperative spouse was extremely stressful, and included several attempts at mediation, depositions, multiple motions, and several hearings before the final hearing. My ex hired an extremely unpleasant and aggressive attorney who did his best to intimidate me at every opportunity. With Mr. Ahmed representing my interests, that did not happen. Mr. Ahmed is a skilled professional. He is honest and pragmatic from the first consultation and truly cares about the welfare of his clients. He calmly and efficiently handled every aspect of my case, demonstrated incredible integrity in his practice of law, and provided grounded advice and guidance during an incredibly difficult time. Mr. Ahmed is poised, articulate, and aggressive in both his communication with opposing counsel, and in the court room. He is an extremely fast, logical, and analytic thinker, and was able to catch my ex in financial inconsistencies that resulted in a favorable settlement for me in the end. Being a single mom of three, earning a teacher's salary, and divorcing a narcissistic individual from a wealthy family was not an easy situation to be in. Syed ensured that my children and I were provided for throughout the extensive proceedings, and he persisted until the Final Judgement awarded me alimony, support, and a fair division of assets and liabilities. I will continue to rely upon Mr. Ahmed to represent my interests in future family law issues. If you are looking for a skilled, energetic, aggressive, and most importantly honest attorney who is experienced in dealing with high-conflict divorce with children, I would strongly encourage you to call Mr. Ahmed.
This review is from a person who hired this attorney.
Hired attorney
Syed Ahmed's response: As always, thank you for trusting me with your case.

I evaluated several Family Law attorneys before meeting with Syed and was immediately impressed with his knowledge and description of the impending legal proceedings. He was direct and clear while explaining how things would unfold and I was immediately confident in his abilities to represent me. Both he and his assistant were always forthcoming with information and advice, directing me through my preparation for the divorce process. His efforts directly contributed to our successful mediation, which helped avoid a more costly pathway. He developed an outstanding legal plan which resulted in my balanced custody agreement and protected by TSP savings and retirement from being partitioned. Syed was a difference maker in my divorce proceedings and I cannot recommend him enough.
This review is from a person who hired this attorney.
Hired attorney
See all reviews

I endorse this lawyer. Syed spent many years working as a prosecutor. If you need an attorney who feels home in the court room and is not afraid to go to trial, Attorney Syed is the right man for the job. He cares for his client, listens, and will fight for his client's rights. Syed has amazing trial skills.

Mr. Ahmed and I have worked together on various matters and he has become my go-to source for any and all Family Law related issues. Very knowledgeable, friendly, and honest. Can't ask for more out of your lawyer.

I endorse this lawyer. I watched several of Syed's trials when he was at the State Attorney's Office. Excellent trial attorney.

I endorse Syed. He is a highly skilled attorney that is well respected in the legal community.

Syed is very skilled in his knowledge of the law. Working previously as a State Attorney, Syed has knowledge of both sides of the courtroom and is a zealous advocate for his clients. I endorse this lawyer.

Syed is an excellent attorney with vast experience both as a prosecutor and criminal defense attorney. Anyone he represents is in good hands.

Syed is my go-to guy! I can always count on Syed to handle any issue or matter. He is quick to respond and very knowledgeable in every area of the law! I HIGHLY endorse this lawyer.

We first met when Syed was a seasoned prosecutor for the the People of Florida. He is well qualified to help those in need. Great attorney with unimpeachable integrity.