If you're accused of a crime... You deserve a firm that will fight for you!

Mr. Ali began his career as a Prosecutor for the State Attorney's Office in Orange County, Florida. While a prosecutor, Mr. Ali tried numerous cases in County, Circuit and Juvenile courts. Mr. Ali had numerous criminal jury trials throughout his career, which included but not limited to DUI, reckless driving, disorderly conduct, public intoxication, battery, battery on a law enforcement officer, resisting arrest by a law enforcement officer with violence, aggravated battery/assault, fleeing and attempting to elude a law enforcement officer, possession of a firearm by a convicted felon, grand theft/grand theft auto, possession of cocaine/cannabis and paraphenalia, delivery of cocaine, robbery, burglary, scheme to defraud, dealing in stolen property, violation of probation and assisted in trial for offenses ranging from home invasion robbery, first degree murder, and sexual battery.

Prior to his graduation from The University of Florida College of Law, Mr. Ali was a member of the University of Florida Trial Team as well as a teaching assistant for the Trial Practice Program. These experiences allowed Mr. Ali to master the intricacies of effectively litigating and trying a case. With this understanding, Mr. Ali is able to implement a strategy that can make the system work for you in achieving your desired results.

Mr. Ali strongly believes that a person's inalienable rights to life, liberty and the pursuit of happiness can be called into question at any time by mere accusations. The State has the burden of proving its case with evidence at a trial beyond and to the exclusion of every reasonable doubt. Mr. Ali will ensure that your rights are protected and that your case is resolved in the way that is most satisfying to you. He will pursue your case vigorously and aggressively. 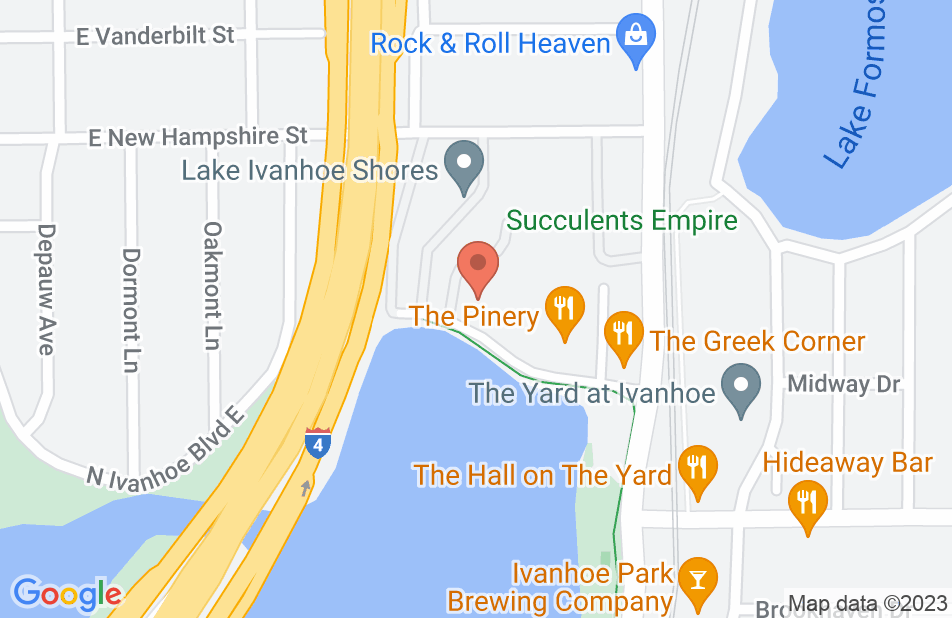 Mr. Kendell Ali was referred to me by a good friend of mine, and I couldn't be happier with his services. He is not only knowledgeable, buy very passionate about his work. It is the best feeling to know you have an attorney you can trust. He will remain my primary attorney, as well as my #1 referral to any friend or family member of mine.

Kendell Ali has a very reassuring and compassionate personality that helped me through this stressful time. However, do not mistake his unpretentious personality for weakness. Kendell Ali is a very highly competent attorney that knows his business, and he knows how to win. He was exhaustive in his collection of evidence; he researched the case law, and he ultimately led the state’s attorney to the realization that justice could only be served by dismissing all charges. I would highly recommend Kendell Ali to my friends.

If you get arrested, you NEED ALI

K Ali got my case dismissed. I Got arrested and asked who was the best and people told me Ali. In Court room he dominated and got the evidence taken care of. Best lawyer money can buy kept me outa jail!
This review is from a person who hired this attorney.
Hired attorney

A straight shooter with no false hope or other agenda. I would highly recommend this attorney and plan to hire them.
This review is from a potential client who consulted with this attorney.
Consulted attorney

Violation of Probation and 2nd DUI

I was referred to Kendell Ali from a friend. I am so glad to have hired Kendell and his team, on the first meeting he gave me the confidence to fight and win both my cases. He knows the law and will give his 100% to each case. Finally Kendell got me off my Violation of Probation and completely off the hook on my 2nd DUI. I will definitely recommend Kendell Ali and his team to anyone and everyone I know, thank you once again for all that you do.
This review is from a person who hired this attorney.
Hired attorney

Kendall Ali has my jaw still on the floor. On my first arraignment 4/29 he got all my charges regarding DUI dropped. I'm amazed and will refer him to anyone who gets in trouble with the law. Melissa stanford
This review is from a person who hired this attorney.
Hired attorney

My life was about to change for the worse. I had been falsely accused of some serious allegations. I had called Jaeger and Blanker and was connected to Kendell. I explained the accusations to him and he listened with empathy. He was very understanding in the situation and never once made me feel like he wasnt interesred or that this was just another case. He made me feel like this was just as important to him as it was to me. Kendell reassured me that he would do what he could to make sure I got my desired results . He stayed in contact with me countless times to obtain more information and what motions would be proper to put into play. My case was closed due to lack of evidence and the motion to surpress Mr. Ali submitted. From the beginning Kendall had stated that from his experience of past cases he felt there wasnt enough proof for a conviction but we couldnt go on that alone and we needed to expect the worst and hope for the best. I would reccommend Kendall Ali for anyone in need.I have used him In 3 cases with all positive results. He is compassionate and understanding to each case, and will be the first person i call when I am in need of legal aid. Thanks again!
This review is from a person who hired this attorney.
Hired attorney
Kendell Ali's response: It was a pleasure to help Carlos with his legal needs. When someone is wrongly accused of a crime it is my foremost goal and responsibility to ensure that justice prevails. I'm glad to say that we were able to use the justice system to our benefit in this case. Best of luck to you in the future.

Mr. Ali was very helpful in my case. He took his time with me and worked with me. Never once questioned me or my intelligence. Very helpful in the court room. And helped me out, so I can move on for a better future. And also hard working I noticed he had to put in a lot of work for my case.

I've had the great pleasure to have Kendell represent me on a couple of different occasions and he does amazing work. I couldn't have asked for better outcomes.

Couldn't have asked for a better outcome

I was pulled over in Seminole county with other occupants in my vehicle. The Seminole County Sheriff's deputy conducted a search of my vehicle and found marijuana. I was charged with felony possession of marijuana and spent the night in jail. To make a long story short, Kendell successfully had my case reduced to a misdemeanor and ultimately all charges were dropped. He did this all while facing a state attorney who would not back down easily and tried to delay the case as much as possible. Another attorney might have had me accept the plea deal offered but he was so confident in our legal footing that he advised me to stay the course. Throughout all of the legal proceedings, Kendell was always available to answer my questions regarding the case, no matter how trivial they might have seemed. Considering that I could have lost my job for even a misdemeanor possession charge, I am grateful for all of Kendell's hard work and ability. Thanks to him I can keep my job and not worry about how I would be feeding my family. I will definitely be recommending him to all of my friends and family.
See all reviews

I strongly endorse Kendell Ali. I have known Kendell since he started with the State Attorney’s Office in Orlando. He and I were opponents on numerous cases when he was a prosecutor. Kendell is an extremely diligent, hard-working, conscientious, open-minded and intelligent attorney. He is very patient and highly professional in the way he handles his caseload and other attorneys. Kendell is always well-prepared for court, very respectful to members of the court and opposing counsel, always represents himself in a highly professional manner, and is a genuine and sincere person. Kendell is very knowledgeable in his understanding of the law and the court system. Kendell is an outstanding lawyer who is demonstrating the same strong work ethic in private practice. I endorse/recommend Kendell Ali.

I endorse this lawyer. Mr Ali has an excellent reputation in the Central Florida legal community. I see him in action in court on a regular basis, he is always prepared, professional and artful in representing his clients.

Kendall really is a true phenom in his field. He is a highly effective litigator with a great representation.

I have known Kendell since he was a prosecutor. He used his time at the State Attorney's Office to master his skills. Jaeger and Blankner is one of the most elite DUI law firms in the State. Almost every prosecutor wants to work for them. They get their choice of the most talented attorneys in Central Florida. With Kendell's talent and experience combined with his law firm's reputation, he gets results that most attorneys can't. If you have a case and you need that absolute best possible resolution, I highly endorse Kendall Ali. I had a friend that I could not represent because of a conflict of interest. Mr. Ali was able to get a second DUI within 5 years reduced to a reckless driving. Most people in that situation go to jail.

I endorse this lawyer. Mr. Ali is simply one of a kind and cannot be scared into taking a plea!

I endorse Kendell. He is a highly skilled attorney that is well respected in the legal community.

I worked with Kendall at the State Attorney's Office. His dedication to his cases and knowledge of the law made him stand out amongst the best. I gladly endorse him as a Criminal Defense Attorney.

Mr. Ali is an excellent attorney that always strives to obtain the best results for his clients. He has the experience and knowledge to handle any criminal defense matter in Central Florida.

I had many cases with Kendell when he served as an assistant state attorney for the ninth judicial circuit. He was always well prepared and a formidable opponent in the courtroom. He now brings that skill and passion to his clients. I confidently endorse this lawyer.

I endorse this lawyer. Mr. Ali is very professional and knowledgeable about the law.

Kendell is a talented trial attorney. I endorse this lawyer.

I endorse this lawyer. Kendell is a smart attorney. He knows how to defend a case. I think he has got skills. He needs the skills to pick out a new photo! That's a lot of look.

Mr. Ali is highly respected in the legal community. His experience and knowledge make him the perfect advocate. I highly recommend his services to anyone in need of legal advice.