Attorney Melia-Acevedo is admitted to practice in front of all Immigration Courts in the U.S. and the U.S. District Court for the Middle District of Florida

Attorney Melia-Acevedo exclusively practices in the area of Immigration and Nationality law and has been featured on television with regards to the recent changes in Immigration Law under the Trump Administration. She received her Bachelor of Arts degree in Politics from The Catholic University of America, Washington D.C. and her Juris Doctorate from Florida Coastal School of Law in Jacksonville, Florida.

She handles all types of immigration related matters including:

Attorney Rosa Melia-Acevedo initially developed an interest in Human Rights law during college while interning with the American Bar Association’s Death Penalty Representation Project. Rosa realized her desire to practice Immigration and Nationality law shortly thereafter because of the human rights component that is inherent to the practice of Immigration law. Prior to being sworn in as an attorney, Rosa’s passion in immigration law began after interning for a not-for-profit organization in Washington, D.C. called Mil Mujeres. Mil Mujeres provides low-cost, non-litigation legal services to low-income Hispanic immigrants and their families with a specialty in specific immigration benefits including U visa, VAWA and DACA. Following this internship, Rosa became a Student Clinician in Florida Coastal School of Law’s Immigrant and Human Rights Clinic (formerly the Immigrant Rights Clinic). During her time in the Immigrant and Human Rights Clinic, Rosa had the pleasure of representing clients, under the supervision of an attorney, who were applying for U visas, T visas, Prosecutorial Discretion, and Asylum. In her last year of law school, Rosa worked as a legal intern for the Department of Justice’s Office of Immigration Litigation-Appellate Section in Washington, D.C. During her time with the Office of Immigration Litigation, Rosa wrote stay motions and appellate briefs for asylum cases on behalf of the Department of Justice. While in law school, Rosa devoted a lot of her time to helping those who would otherwise be unable to afford legal representation and as a result she provided over one thousand hours of legal pro bono work throughout her three years at Florida Coastal School of Law and was awarded the Pro Bono Honors Award.

Rosa has represented clients in all areas of Immigration law, including family based immigration, business immigration, asylum, and immigration litigation (deportation and removal defense), bond redetermination, and appeals. 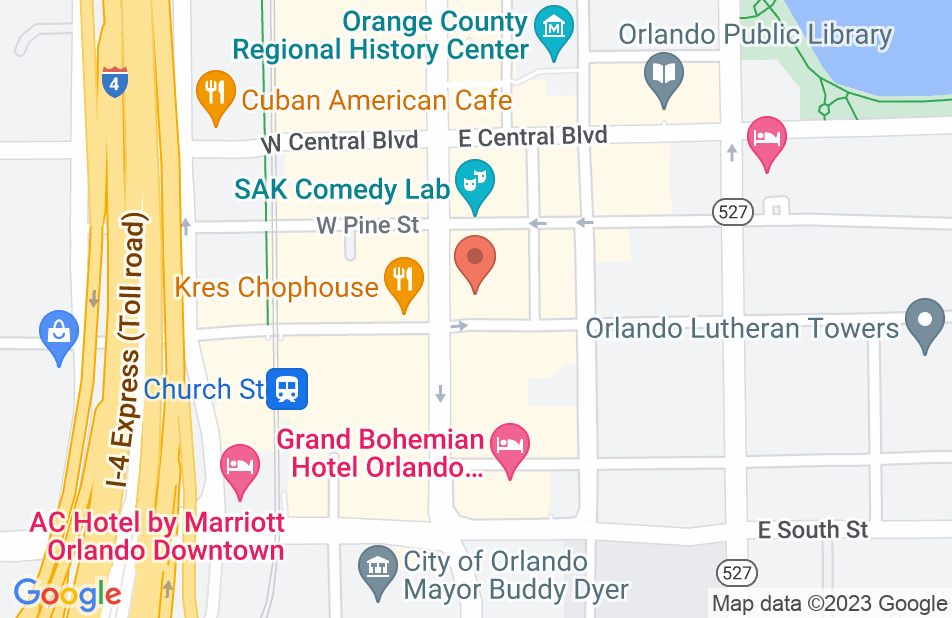 I was looking for a great immigration lawyer and Rosa is truly amazing. She is knowledgeable in immigration field and treated my case with great attention.
This review is from a person who hired this attorney.
Hired attorney

The only lawyer you'll ever need for immigration cases

I hired Rosa to help obtain my green card after marrying my husband who has American citizenship. While working with Rosa, it was quite obvious that she was very knowledgeable in her area of expertise. Additionally, without fail, she always responded in a timely manner for any concerns and questions I've had and continually made me feel like I was a priority. I have recommended her to two other clients and would never hesitate to recommend her to anyone else.
This review is from a person who hired this attorney.
Hired attorney

Thanks Rosa ! My Family is United and Happy

If you are looking for a great immigration lawyer - please, look no further! Rosa is truly amazing. Not only she is extremely knowledgeable and experienced in immigration field - she is super attentive and dedicated and will treat your case/problem as her own. She is always available via email or phone, answers all the questions in details, and during meetings - she is always prepared and will spend extra time with you. Rosa will be in touch, guiding your thru the whole process until full success.I am very glad I chose Rosa as my lawyer and highly recommend to use her services if you need help in your immigration process.
This review is from a person who hired this attorney.
Hired attorney

Very professional, attentive, fast and left nothing to chance. You really feel like you have someone on your team
This review is from a person who hired this attorney.
Hired attorney

The Best Immigration Attorney Ever! Do not waste your time looking around for someone else!!

Attorney Rosa was amazing from day one. I hired her for an immigration case for my husband. She knew what she was doing and answered all our questions. She is very responsive to questions and will help out in any way needed. We visited Rosa several times for our immigration case, and she spent her time making sure we fully understood what we were doing. She practiced with us for the immigration interview, and let us know what and what not to do to ensure the process goes very smoothly. On the day of the interview, she was on-time and ready to help us out. She made sure we remain calm and made sure we were ready for all the questions that will be asked. We had earlier discussed all the paperwork/evidence that I must bring to the interview. Without her help, I would have probably forgotten many essential pieces of evidence. Everything she had asked me to bring to the interview was requested by the immigration officer! Without Attorney Rosa's help, we would have struggled a lot. Because of her, the case was approved and my husband now has a greencard! We are so happy to have chosen Rosa as our attorney. She was great.
This review is from a person who hired this attorney.
Hired attorney

Rosa was great! My wife and I had applied for a change of resident status by marriage and Rosa helped us all the way. She was extremely knowledgable and knew exactly what we needed to do. The first day we met her for the consultation, we immediately hired her as our attorney without any hesitation. We had been to almost five other attorneys before her, and did not even dare to directly hire anyone. Once you sit with her, you will notice that she is the one for the job! She helped us fill out the applications step by step, making sure we understood every detail before signing. She also helped us prepare and practice for the immigration interview, and believe me that was definitely needed! Without Rosa, I don't know if I would have received my greencard! Thanks to her, it was a breeze!
This review is from a person who hired this attorney.
Hired attorney

Attorney Rosa Melia was exceptionally professional in every sense of the word. She proved time and again her commitment to my case despite having many other clients, I am sure. She provided unfailing reassurance through her clear and concise explanations of complicated legal matters which in turn, demonstrated her obvious mastery of the field. As with most legal matters, clients often look for optimism and a sense of security from their attorneys, which can be difficult to guarantee. Attorney Melia somehow found a way to remain optimistic but realistic enough so as to not provide any false sense of security. My case was entirely successful and her counsel was invaluable. All in all, I consider myself extremely fortunate to have been advised by such an authority of the law.
This review is from a person who hired this attorney.
Hired attorney
See all reviews

I endorse Rosa as Immigration counsel!

Rosa is highly knowledgeable and personable. She will do the best to fight for her clients. I highly recommend her services

Rosa is an intelligent and hard working attorney. Her clients are fortunate to have such a dedicated individual advocate for them.

Rosa is simply fantastic. She is dedicated, compassionate and committed to her clients and their cause. On top of all this, she brings a positiveness and optimism that is infectious to all who work with her and to those she represents. She is not only a joy to work with but a lawyer who any client would be happy to have her on their side.

Rosa Cristina Melia-Acevedo is an intelligent, hard working attorney who always strives for the best results her clients. I know several attorneys who practice immigration law, but I always go to Rosa for advice because she is hands down the best.

Attorney Rosa is a very knowledgeable attorney who works tirelessly for her clients. Moreover, she is an excellent communicator and makes sure that her clients understand their options and their case process. I certainly endorse this lawyer.

Rosa is an excellent attorney who is passionate and hard working. Highly knowledgeable in immigration law. I endorse this lawyer.

Rosa is hard-working, passionate and very dedicated to achieving the best results for her clients. I endorse this lawyer.