Steve Thornton is the owner and founder of Thornton Law Firm, P.C. in Atlanta, Georgia.  Steve grew up in Atlanta and has practiced personal injury law in Atlanta for over seventeen years.

Steve is a competitive and compassionate lawyer who fights and wins for his clients.  As a lawyer on the side of people, Steve believes that his clients are entitled to recover full compensation for their physical injuries or wrongful death suffered in preventable accidents caused by the negligence of others.

Steve has been a Georgia Super Lawyer in 2005, 2007, 2008, and 2009.  He is AV Rated by Martindale-Hubbell, which is the highest rating available to any individual lawyer.  Steve has received a perfect 10.0 rating from Avvo.com, a leading rating service for lawyers across the country.  He frequently teaches other lawyers at legal education seminars and handles cases that have been referred to him by other attorneys.

Steve is a “Double Dawg” who received both his undergraduate and law degrees from the University of Georgia.  When not working on his cases, Steve enjoys competitive bike riding, attending Georgia football games, participating in church life at St. Luke’s Presbyterian Church, and spending time with his wife and two daughters. 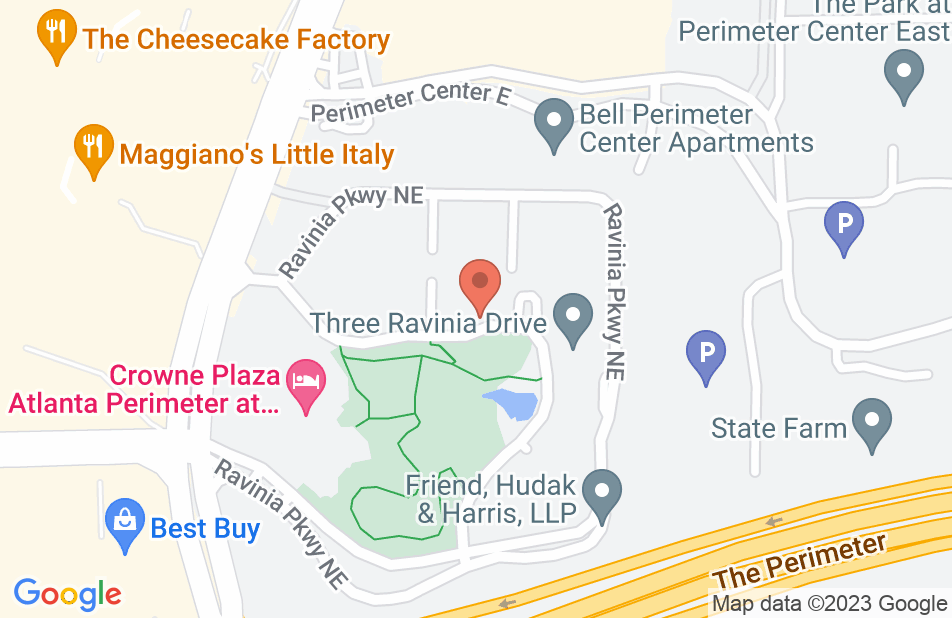 My wife was seriously injuried by a DUI driver. We were referred to Steve by our Aunt (out of state attorney) and neighbor, who had used him years ago. We had initially contacted Steve through email and he was very professional, responsive and helpful. We knew we made the right decision when we met him face to face. Steve treated us like family and very patiently answered all of our questions. Throughout the entire process of working through the insurance companies, Steve kept us up to date with progress reports and was always available to answer our several email and phone calls . We would highly recommend Steve if you are in need of an attorney.

Steve is a consummate professional who is one of the best personal injury attorneys in the State of Georgia. In addition to having a brilliant legal mind, Steve is a person of impeccable character who treats clients, colleagues and adversaries with the utmost respect. I am grateful for the opportunity I had to work and learn from Steve, and I highly recommend him to those who need a top notch personal injury attorney.

Steve is an outstanding trial attorney. He has taught many other trial attorneys how to improve their litigation skills through various seminars, and he has obtained excellent recoveries for his clients. I highly endorse Steve.

I have known Steve Thornton for more than twenty years. He is an exceptionally bright, creative and hard working attorney. I recommend him wholeheartedly.

I endorse Steven. He is a highly skilled attorney that is well respected in the legal community.

Steve is a lawyer I go to when I have a question on the best way to handle a difficult issue. He's smart, thoughtful, and experienced. Additionally, he's personable in a way that is productive for his cases. He's a mentor and a friend whom I'd completely trust with any legal matter.

I endorse this lawyer. I have known Steve to be highly knowledgeable and conscientious in his practice, particularly in cases with complex liability issues.

Steve is an outstanding lawyer. He aggressively represents his clients and ensures they get complete compensation for their injuries. I highly endorse his work.

I feel comfortable endorsing this lawyer in any complex litigation. We have consulted together on medical malpractice cases, and I believe him to be more than capable in his trial practice. Steve is an excellent attorney.

Steve is an excellent trial lawyer with a proven track record.

I was mentored by and worked with Steve for almost 3 years. He is very bright, thorough, and diligent. In my experience, he received full value or more on the cases he worked on, and his clients were thrilled with his results. I enjoyed working with Steve and hope to have to opportunity to work with him again soon.

Steve is an excellent litigator and trial attorney. He handles very serious cases and achieves outstanding results for his clients. His reputation in the legal field and community is impeccable. Steve prosecutes his cases aggressively, professionally, ethically and flat-out gets results. I look forward to working with Steve on cases in the future. I would trust him to handle my own case.

Steve is an excellent trial attorney with many years of experience successfully representing victims of severe and catastrophic injury. He is both a passionate advocate and a consummate professional in the courtroom, and brings a wealth of knowledge to every case he takes. I strongly endorse Steve Thornton, and would not hesitate in recommending him as your personal injury attorney.

I highly recommend his work and he is a great attorney and litigator. I would be very comfortable having him handle a case on my behalf.

I strongly recommend Steve Thornton. I have known him for several years and he has an excellent reputation throughout the legal community as a top-notch attorney with a great deal of experience handling complex litigation matters. I am currently working with him on a case involving a dispute over coverage for a large insurance policy. Steve has been very insightful throughout the process and taken the lead on the complex procedural and technical matters involved in our lawsuit.