Mr. Warncke has developed a niche representing insurance policyholders in claims involving long term disability, life insurance, and health insurance arenas.  He has handled hundreds of claims under both federal ERISA law and under Georgia state bad faith insurance law.   He is frequently invited to lecture and write professionally in his field of expertise, and is routinely associated by other attorneys to assist them in this highly complex legal environment. 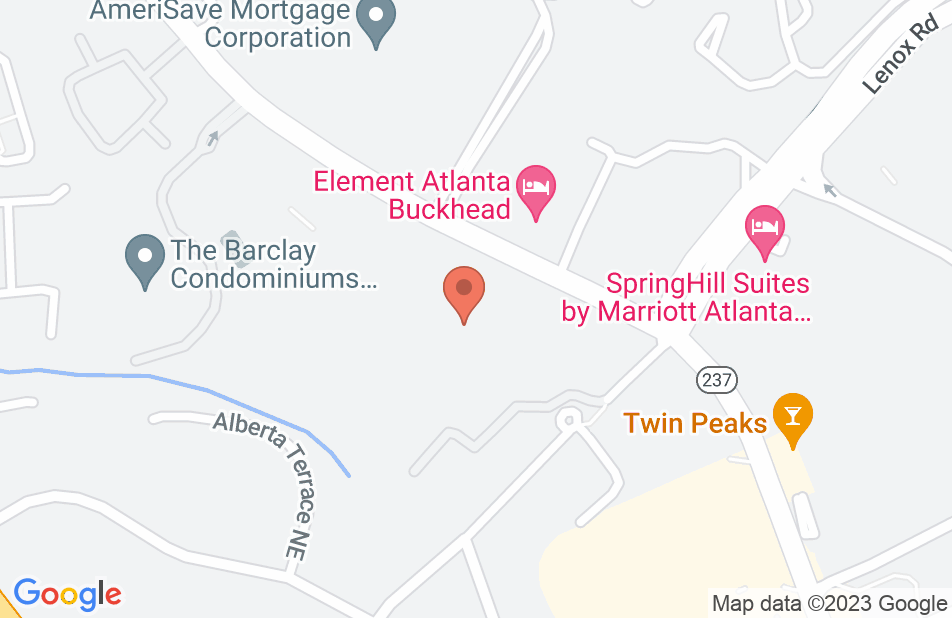 I engaged Jeff Warncke in a lawsuit for long-term disability benefits. I have been impressed (and grateful) for the commitment that Jeff brings to my case in terms of his responsiveness to my questions and issues and being trustworthy in doing what he said he would do. Jeff is the first attorney I’ve met who has been able to clearly communicate (in non-technical terms) the context behind what is needed and the legal process. I felt in partnership with Jeff and he was able to put me completely at ease for the legal process. He takes the mystery out of the complex legal situations and gives me helpful advice from his vast technical knowledge in the areas of insurance (specifically in the long-term disability insurance industry) and medical issues. I would have given up ages ago without Jeff’s help. (Wish there were more attorneys like him!)

After being forced out of work by a disability I assumed I was covered by my LTD insurance "WRONG". Shortly after applying for my benefits my denial letter came from Prudential even though my employer and my doctors concurred I was disabled Prudential refused to pay my claim . I tried to appeal the denial myself (almost the biggest mistake I've ever made) it was also rejected . Then I found Jeff and he fought for me and my family and he won my claim in 2 months with back pay. Jeff and his staff have excellent knowledge of the law and I can't say enough about the ease with which they communicated and always in a timely manner . If you want to "WIN" your LTD case call Jeff you'll be thankful like I was .
This review is from a person who hired this attorney.
Hired attorney

People sometimes ask which lawyer their lawyer might use. Well, as a trained attorney, I can tell you this is the lawyer I went to, and am quite glad I did. He is very experienced and knowledgeable in his field of expertise, and gives you exactly the advice you need at the right time - he's simply the best. The only other thing I would add is that you should hire him sooner rather than later; before any trouble begins. As any lawyer would tell you - it is much easier to guide you at the beginning than rescue you at the end.
This review is from a person who hired this attorney.
Hired attorney

Mr. Warncke is exceptionally knowledgeable when it comes to disability law. I would've never been successful having my claim approved without the help of Mr. Warncke. He knows more about disability Law then the insurance companies know themselves.

Jeff Warncke was instrumental in helping me after I was denied my long term disability through Prudential. I had heard the horror stories, but couldn't believe when it actually happened to me. Who knew there was a secret playbook? Jeff and his paralegal Tawanda (anotherAngel with skin on ) worked so effectively and efficiently to help me recover what was wrongly denied. literally he saved my life! My 3 boys and l will always be grateful. A fighter and defender of those who's can't help themselves. I can breath for the first time since this nightmare started. My only regret is not having him on my side early on.. I trust this lawyer and tell you he is the absolute best and his empathy and compassion gave me hope and faith that great lawyers who put themself in your shoes do exists. I was important and just not a # with a dollar $ attached. I stake my name and reputation on Jeff Warncke. A true modern day Sampson verses Goliath. A winner with class and grace. Cindy

Jeff Warncke is an exceptional attorney to use with both group and individual disability claims. If you are facing a possible claim, especially with a group policy through your employer, I recommend Mr. Warncke strongly - and the sooner the better. Most claimants are not aware of the distinct differences in a group disability policy Vs a private disability policy, or even yet - a social security disability plan. Be "aware" that there are many differences and the tables are significantly tilted toward the benefit of the insurance company in a group disability insurance plan. I searched for, and interviewed 3 attorneys prior to finding Mr. Warncke. In my search, I discovered there are very few Atlanta based attorneys who truly specialize in group disability insurance claims, and I believe that he is the best. He's up to speed on legislation, insurance carriers, and on the various policies and practices used by the group insurance carriers, and their attorneys. Mr. Warncke has the relevant expertise to help you decide if you have a valid or defensible claim, per your policy. He is also your best asset if you have forged ahead on your own and met challenges. My recommendation is to hire Mr. Warncke before you do anything. He'll effectively evaluate your situation, your policy and give you the best direction. You will spend money on your disability claim, it's simply that you remove many of the pitfalls and the headaches by hiring Mr. Warncke - especially in the initial stages.

My prayers were answered when I found Mr. Warncke. I really don't know what I would have done without him. He has truely been a blessing. When I met him I immediately felt like he cared about me as a person. He was very approachable and not stuffy like some lawyers. I was really impressed with the way he handled my case against The "Hartless" company. I was discouraged when I met him but he assured me that there are still some good people in this world. He even referred to my insurance company as a "bully." My advice to anyone is get a lawyer. You won't win your case without one. I strongly recommend Mr. Warncke. I know that he will help you if he can. He is my "David" because he slew "Goliath" for me.

Not long after I was seriously injured in a work related accident and while I was still struggling and trying to cope with a plethora of impairments both physical and cognitive, my employer announced that they were going to begin substantially reducing my disability benefits for an unjust reason. I knew what they said they were going to do was unwarranted; however, I was in no position to do anything about it on my own. I was subsequently referred to Mr. Warncke and have been forever thankful ever since. To put it bluntly, I needed help and Mr. Warncke provided the help that I needed. I will forever be indebted to him for that and if I ever find myself in another situation for which I need the help of an attorney, I will not hesitate to call on him again. I can also say with relative certainty that if you do the same, you will not be disappointed.

If you want to fight for your disability rights, you must call Jeff Warncke!

In my early 50's, I had been on disability for 10 years with one of the largest insurance carriers in America. Out of the blue I received a letter from them that stated that they were terminating my benefits. I had a right to appeal and realized that I would be unable to fight them alone. I asked someone at my doctor's office what they thought, and they told me to hire a lawyer. I asked if they knew of one who had helped someone with my disability before and they said, "If you want the best we've dealt with. call Jeff Warncke." I was so glad that I found Jeff and that he made me feel like I had a true professional on my side. He knows ERISA laws and he understands the inner workings of the insurance companies. I was very worried about losing my benefit, as it was a substantial portion of my family income. Jeff and his paralegal were always available to talk to me and listen when I just needed someone to talk to about the process. Jeff was able to win the appeal and I did not have to go through the agony of a drawn out court case. I would highly recommend Jeff to anyone who is fighting for their disability rights.
See all reviews

I have referred several clients to Jeff Warncke and will continue to do so. Jeff is highly skilled at assisting individuals with long-term disability claims. Jeff understands that clients’ employee benefits issues demand a sense of urgency. Client communication and responsiveness are a top priority for Jeff. Jeff is also personable and clients enjoy working with Jeff. I highly recommend Jeff to any individual seeking effective long-term disability legal counsel."

Jeff is an outstanding lawyer and I endorse his work. Jeff is creative, aggressive, and passionate about his work as a trial lawyer on the side of people. Jeff is personable and has an excellent reputation in the legal community for professionalism. In addition to excelling as a trial lawyer, Jeff is generous with his time and talents as a leader and volunteer within the community.

I endorse this lawyer. I am familiar with his work from discussions, case opinions, and email exchanges.

Lloyd Bell, Employee benefits Attorney on May 13, 2013
Relationship: Worked together on matter

Jeff is one of the top employee benefits lawyers in Georgia and is a leader in this area of the law. He is often called upon to speak at conventions and seminars and share his expertise. If I was in need of an employee benefits lawyer, Jeff is the one I would turn to. I highly recommend him to anyone who believes they have been wrongly denied the benefits under their disability insurance policy.

Jeff is a tough lawyer and well respected in the legal community. I endorse him without hesitation!