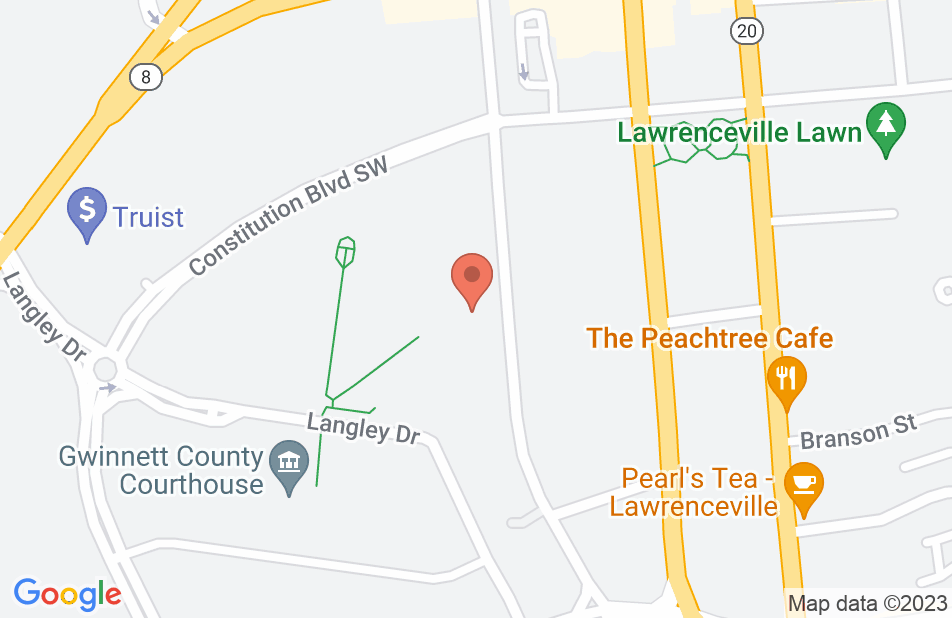 Talal went above and beyond for me in my case. I really appreciated his hard work and knowledge. I would recommend him to anyone in need of legal help.
This review is from a person who hired this attorney.
Hired attorney

Talal was great with helping me with one of the issues I was having. Talal was patient, professional, and knowledgeable to help me out which I totally appreciated. Don't hesitate to call and inquiry about his services as he is an asset and will work for you to help you.
This review is from a person who hired this attorney.
Hired attorney

Talal was very tentative. He always made sure I clearly understood the process. He kept me updated and informed during the whole process. I always refer people to Talal.
This review is from a person who hired this attorney.
Hired attorney

He helped me with a car accident case. Attorney Talal is a great attorney people. Manuel.

Arriving in Atlanta for business, on a flight that was almost an hour late, I jumped in my rental car and turned north in hopes of still making my meeting on time. I hopped on the interstate and pushed my car up to speed, only to find myself being pulled over immediately. I was the most recent victim of a notorious speed trap. After receiving my ticket, I picked up my phone and called a local friend, asking who he would trust with a difficult traffic case. Without hesitation, he gave me one name: Talal Ghosheh. Admittedly, I was hesitant at first. I've tried fighting tickets before, and I've had almost no success. Talal assured me that he had experience with these sorts of cases, and that he would work hard for the best result possible. A couple of months later, he called with GREAT news. My ticket was reduced to a minimal fine, and NO POINTS were added to my record. Justice was served, and I am eternally grateful. He is professional, responsive, courteous, knowledgeable, and he treated me like I was the only case he had. I won't be speeding through that area again, but if I ever need legal counsel or help. Talal will be my first call.

My experience with Mr. Ghosheh was that he was very dedicated to his client and left no stone unturned. He worked tirelessly to ensure the best outcome possible while maintaining his professionalism, even in the face of a very difficult judge. I highly recommend Mr. Ghosheh for your legal needs, especially in Gwinnett County Georgia.

I was charged with driving on suspended license, and speeding in Valdosta, GA. Talal Ghosheh was the ONLY attorney willing to represent me. The other attorneys I spoke to about this matter were very arrogant and selfish. They thought if they represented me in Valdosta that it would be to much traveling and and wouldn't be worth the effort. Mr. Talal took it upon him self to help me and give me the best representation possible, and that's what he did, he got both of my charges dismissed and never had to set a foot in a Valdosta court room, or any other court room for that matter. I am very appreciative of him and would recommend him to anyone, anytime.

I needed an attorney and was referred to Mr. Ghosheh actually by a couple of people. He was very trustworthy and responsive to my needs. I had a shaky situation and didn't think I would even win my case, but he defended me and we won. I found him to be very sharp and articulate and most importantly a brilliant trial attorney who believes in giving his best. Most attorney's I had spoken to didn't even want to waste time listening to the elements of the case and wanted to brush us along. He is one attorney that actually cares about his clients and I I found him to be very reasonable in terms of fees. I HIGHLY RECOMMEND HIM!!

They did not ever contact me. I was the one always contacting them. And they failed to actually help me on my compensation and elevate stress off my back.
This review is from a person who hired this attorney.
Hired attorney

I endorse this lawyer. Talal was clearly committed to his client's case and demonstrated exceptional dedication and devotion. It was a pleasure to work with him on a mutual matter.

Talal is responsive and knowledgeable as well as timely in responding to matters of urgency. I highly recommend Talal for any consideration of legal services.

I endorse this lawyer. He is enthusiastic and knowledgeable. Glad to have worked together on a matter with him.

I endorse this lawyer. Talal was clearly committed to his client's case and demonstrated exceptional dedication and devotion. It was a pleasure to work with him on a mutual matter.

I endorse this lawyer. Talal is an excellent personal injury attorney. Highly recommended.

I endorse this lawyer. He is a great attorney who cares about his clients and their issues.

Mr. Ghosheh is a highly respected member of the legal community. His keen intellect and analytical abilities are fully displayed in his thorough responses to Avvo legal questions. As a colleague, I have been professionally enriched by his knowledge of the law. I enthusiastically endorse this lawyer to clients and colleagues alike.

I endorse Mr. Ghosheh as an attorney. His Avvo responses are concise yet informative and shows a depth of his understanding of the law. His reputation proceeds him into the legal community!

Talal is a very knowledgable and zealous attorney who serves his clients well. He keeps a very helpful and capable staff as well, who enhance the experience of his clients.

Talal is a knowledgeable and skilled attorney. He is a go-getter and fights for his clients.

I endorse this lawyer. Terriffic DUI lawyer, great knowledge and experience. I would personally trust my cases to him!

Talal is one of the first attorneys on my list when I have a legal question and is immensely approachable. He is very accessible and knowledgeable and brings practical knowledge to every case that his clients definitely benefit from. Anytime I have a question regarding any field of law that he practices, he has proven to be a great resource and even though he has a busy schedule, has always made sure he responds to any inquiry. This is a quality that any good attorney should have and I am sure his clients benefit from it. I highly recommend Talal.

I work closely with Mr. Ghosheh in all my family case matters. He is a very knowledgeable attorney and a great communicator.

Mr. Ghosheh is extremely well versed in the intricacies of immigration law, and I would turn to him for his opinion if I faced any issues within his area of expertise. He is dedicated to pursuing his clients best interests, and will not hesitate to zealously fight for those clients. I would recommend Mr. Ghosheh without hesitation.

Talal is responsive and knowledgeable as well as timely in responding to matters of urgency. I highly recommend Talal for any consideration of legal services.

I endorse this lawyer. I had the pleasure of working with Talal as co-counsel on a variety of matters. Talal brings practical knowledge to his cases that clients appreciate. He is accessible and understanding. I look forward to working with him again and you will too!

I endorse this lawyer. Talal is a very energetic up and coming lawyer. He is doing all the right things, and fighting hard for his clients. He is a bright lawyer, and in court, he refuses to take no for an answer. He achieves good results. Prosecutors know that he is a force to be reckoned with.

I have had the pleasure of knowing Talal since law school. Since our time studying together, I've seen Talal tackle numerous legal issues with focus, drive, and determination. I have always been impressed with Talal's ability to creatively solve complex legal issues and find resolution that best meets his clients' needs. I have also had the pleasure of working with Talal as co-counsel on a number of various legal matters, and find his zeal for his clients to be above and beyond what many other attorneys put forth for their clients. For these and other reasons, I am always more than happy to refer clients to Mr. Ghosheh, and I expect taht Mr. Ghosheh will soon be well knonw for his legal abilities throughout this and other states.