Get the Strong Arm! Fighting and Winning personal injury cases for more than 20 years.

John M. Foy is the founding partner of the law firm John Foy & Associates, P.C. He was admitted to the practice of law in 1993 for the State of Georgia. He was also admitted to the U.S. District Court Northern District of Georgia in that same year. He is a native of Milwaukee, Wisconsin and a graduate of Marquette University High School. He received a B.A. in political science from the University of Dayton, in Dayton, Ohio, and his law degree from the Ohio Northern University School of Law, in Ada, Ohio.

Mr. Foy has devoted his entire career to the area of personal injury and insurance law. He devotes 100% of his practice to representing victims who have been injured by others negligence. He has conducted numerous jury trials throughout Georgia. He has focused on wrongful death and catastrophic injury cases, as well as cases involving punitive damages. He has handled a substantial number of premises liability cases as well. He has also been very involved with mass tort litigation. 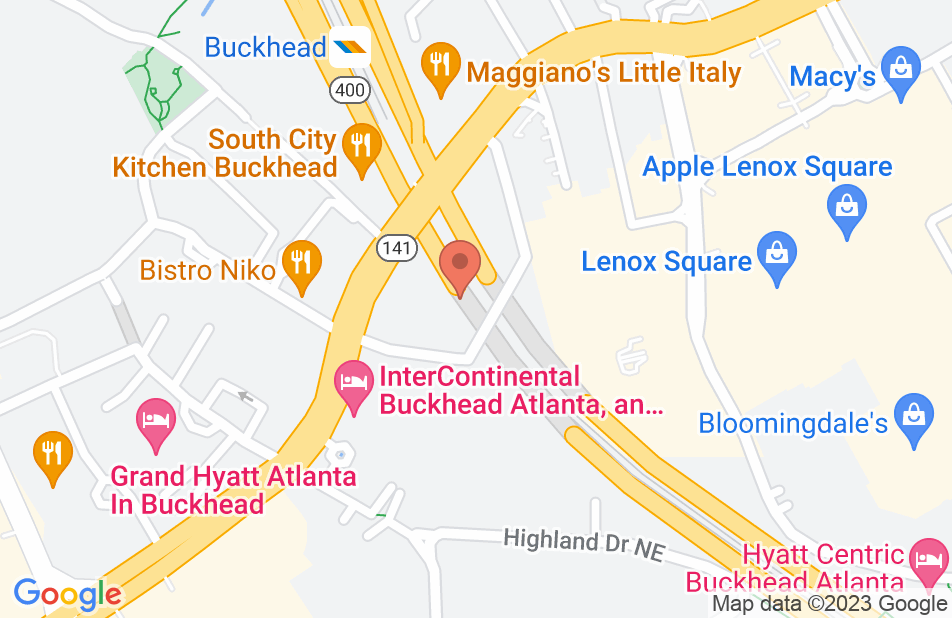 I haven't settled on anything yet, but they are doing everything they said they would do!! I hired them 3 days after Christmas and so far so good!! They are very polite and always have time to answer my questions to the fullest. As of right now I would recommend them. The paralegal said that she would call me every two weeks until we settled and that's exactly what she's been doing!!
This review is from a person who hired this attorney.
Hired attorney

My attorney and legal assistant always let me know the status of my case. They were very friendly and helpful. I would recommend them to anyone.

I had an accident that involved three other vehicles. My vehicle was destroyed and we were injured, although we were blessed, it could have been a lot worst. I had never used an attorney for this type of situation. My wife and I was just happy we could limp away from the scene. Everyone told us to hire a lawyer and a week afterwards I decided to hire John Foy. An attorney on his team by the name of Mr. Rado and his associate worked on my case. They walked me through what the process would be and kept me informed along the way. Mr. Rado did a very thorough job making sure to cover all aspects, it did take a considerable amount of time, but each time we spoke he explained in detail what he was doing and why the process needed to proceed this way. I would reccomend John Foy to any of my family are friends. We were happy with the outcome. Thank you, Mr. Rado and Alex.
This review is from a person who hired this attorney.
Hired attorney
John Foy's response: We thank you so much for this review and will certainly let Rado and Alex know about your comments. They are a great team and provided you with the service that we expect. But more than that, we are glad that you are better and John Foy & Associates could be on your side throughout the process. Be blessed and thank you for taking the time to leave this fine review.

I hired John Foy team....Mr Raldo and Mr Alex....the handle my case with no problem....i am very satisfied. ....i recommend any 1 who been n a car accident to Mr Foy team...Thanxs Mr.Raldo...and Mr Alex....your client...Regina Lemon.....
This review is from a person who hired this attorney.
Hired attorney

I just wanted to say that my experience with the staff and my attorney at the firm has been AWESOME. My attorney was Patty Kim with her trusty assistance Tracy Upshaw. The customer service team I cant leave them out. Every time I called the team was respectful, tone was nice, and the way they handle ALL my calls with nothing but courteous, friendly and respectful. While I found it to be a means to no ends, Patty and Tracey rocked it. Tracy demonstrated professionalism but most of all patience. Im sure if can gets pretty hectic in that environment but, they made me feel as though I was the only client that's how special it was for me as well as the experience . Thank you. Tracy was consistantly following up with me she called me more than I called her. I did not worry about my case because I knew I had the Foy Team fighting for me. Patty handled my case with the upmost concern, respect, and my favorite professionalism, . I have to be honest when I say this but I've been in about 4 accidents due to no fault of my own, however this was the biggest pay out I've ever receive and for that I THANK YOU it wont make me rich but it will make me whole. I like to end this with saying that I now have an attorney at John Foy and Associate. Thanks John Foy and Associates your the BOMB dot. COM
This review is from a person who hired this attorney.
Hired attorney

I understood what was going on every step of the way. I am really happy with my settlement. John Foy will forever be my attorney. I highly recommend this firm.

I just recently ended a lawsuit claim that I had for a personal injury due to a motor vehicle accident, and the attorneys at John Foy were nothing but helpful, insightful, and gave me efficient updates along the way on my case. I would recommend this law firm to anyone.

Everyone there is great! They always answer my questions and are polite at the same time, and any time I have had an issue, they have gone out of their way to help me resolve it.

GREAT Attorney! I was in a car wreck about a year ago, and hired John Foy to represent me. I spoke directly with the attorney to outline my case and create a game plan, which we followed to the T. He was careful to make sure I knew that this was a process, and that it would take time. These things don't happen overnight. His paralegals and assistants were always very polite, and when I called in with questions, they were always very helpful. I've read the negative reviews on this site, and I have to disagree- I work for a corporate attorney, so I know what it takes to process any type of legal action. it just sounds like these people aren't aware that cases can't be won overnight- a two year time period for a settlement is about what you can expect. Also, attorneys typically DON'T have many updates- it's a waiting game half of the time. They are, however, legally obligated to contact you with any changes or updates, so, if they haven't contacted you, it's because there was nothing to say! Foy & Associates went out of their way to make sure I was taken care of, and I will always stand behind this attorney.

I have recieved great customer services and I have reffered several friends and family members!!
See all reviews

I endorse this lawyer. John is an Excellent lawyer. His clients receive exemplary care and are kept informed throughout the process. I would recommend John to anybody who has a Personal Injury case.

I endorse this lawyer. John Foy is a great lawyer that is focused and driven when it comes to making sure his clients receive the best representation possible. His knowledge and experience make him a great advocate and I would recommend him to anyone seeking counsel for their personal injury claim.

As an employee of John Foy, I can attest that his clients are his top priority. He is always concerned with making sure our clients are happy with the services we provide. He has been in this field for over twenty years and knows the business. I endorse this attorney.

I firmly endorse John Foy. John, aka The Strong Arm, is a force to be reckoned with. John has tremendous experience and maintains the highest ethical and legal standards. John's firm is a leader in personal injury practice and I recommend him and his firm without hesitation.

I have the pleasure of working for Mr. Foy and I can say that he is without a doubt one of the best attorneys in the area. He is committed to serving his clients with the utmost attention to detail and the zealous advocacy necessary to obtain favorable results in each and every case.

A few years ago I had the pleasure of meeting John and he's since become a fast friend and colleague. His commitment to his law firm and clients is top-notch and inspiring. I highly endorse John and his law firm.

Mr. Foy advocates zealously for his clients and gives each client the individual time and respect that they deserve. There is a reason that his firm is one of the largest and best in the Atlanta area.

Mr. Foy is a very experienced attorney that is both empathetic to his clients' needs and a passionate advocate. I endorse this lawyer and I am proud to be a part of his team.

I endorse this lawyer. I have known John Foy for awhile now and he is an honest and talented attorney. He runs a great personal injury law firm.

I have had the good fortune of working for Mr. Foy and can say without hesitation that he is a fearless, relentless and compassionate advocate for his clients and a professional of unmatched integrity. It is without question that I endorse Mr. Foy.

I endorse this lawyer. John Foy knows Personal Injury Law. He is highly regarded for offering legal aptitude and quality service to his Clients.