I began practicing family law while still a student in Seton Hall University Law School in New Jersey and found that I loved it. Family law is challenging and each case is very different from the next and presents its own unique issues and strategy. From that first divorce in law school, I have continued to practice family and divorce law exclusively. 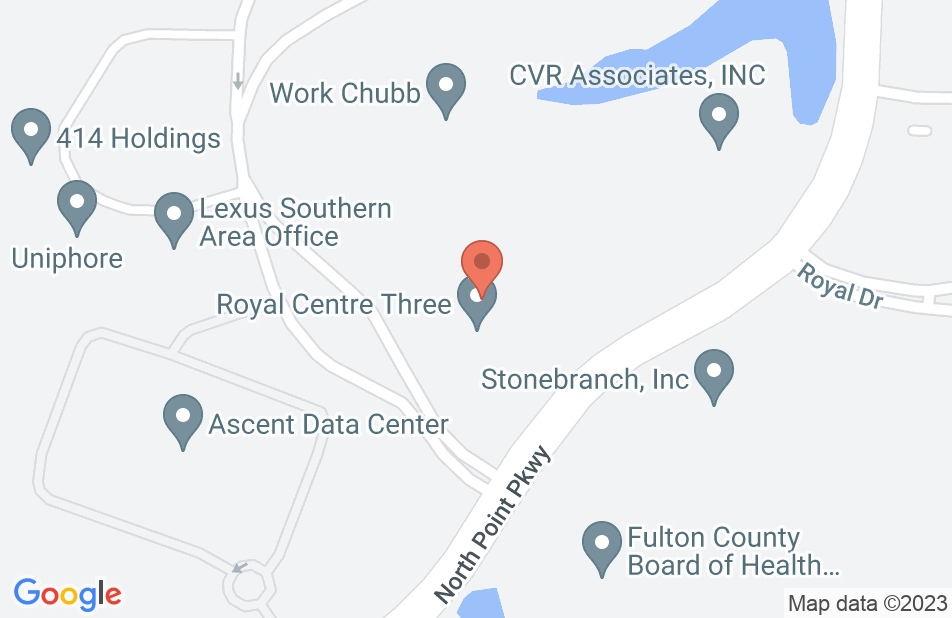 David represented me with the utmost professionalism. His ethics are of the highest standards and I appreciated this very much. Divorce is a difficult process to go through - it is a lot to handle and very emotional. David was able to separate emotion and law very well. This was incredibly helpful for me in making decisions. He stood by me through my every request, and used his knowledge of the law to guide me through each possible scenario. I also appreciated that he never made empty promises, he was straightforward and used his best judgement to guide me. He also used his knowledge of the law to maneuver arguments in court or with opposing council. I believe this represents the highest ethical standards. While he was a very nice person in general, this was not necessary to me when I was looking to hire an attorney. I needed someone who would be honest, straightforward, and sharp. He delivered all of those things. He also was very professional with opposing counsel. His legal staff was excellent as well - Julie Jennings was beyond professional, efficient, and personable. Overall, for such a difficult process, I am very glad that I was referred to David and the firm.
This review is from a person who hired this attorney.
Hired attorney

Everything I hoped for

David was wonderful. He was aggressive when I needed him to be and reasonable when the circumstances called for it. He explained everything to me throughout my divorce in a manner that was relative and easy to understand. He guided me throughout the entire process and absolutely had my best interests in mind. He supported me throughout the process and fought for what was a fair and equitable divide. When I let emotions get the best of me, he gently set me straight and assured me that we were getting what was fair. I have nothing but the utmost respect for David and his firm. If I (unfortunately) ever need legal counsel again, I will 100% ask David to represent me, without question. Fair, honest, caring, incredibly intelligent, and a bulldog when you need him to be, David made my long, drawn-out divorce a tolerable experience. I trusted him and he stood by me and fought for me; a champion in my corner. I have noting but the highest praise for him and his work.
This review is from a person who hired this attorney.
Hired attorney

Mr. Beaudry is thorough, prepared and willing to fight for you. He listens to his clients and makes himself available whenever an issue arises. He takes the time to understand the details of your case and he helps you to cope through the process. That has been my experience as one of Mr. Beaudry’s clients. I consider him to be an expert in the field of Family Law and one of the best attorney’s I’ve ever had the pleasure of working with. I would strongly recommend his service to anyone who asks. He is professional, knowledgeable and kind.
This review is from a person who hired this attorney.
Hired attorney

David Beaudry of Meriwether and Tharp in my opinion is the attorney to hire when getting divorced. I had an extremely complicated divorce which involved a spouse and attorney with unreasonable expectations as to what my spouse was entitled to in the divorce settlement. David was not only able to negotiate a fair settlement without going to trial, he was able to keep me calm no matter what ridiculous claims or statements made by the opposing attorney and my ex. Divorce is not easy, but David made it as easy as possible. I trust David so much, that when I got remarried six years later and had moved many states away, I still had David review my pre nup agreement with my new wife. David is my lawyer for life when it comes to anything related to my marriages.
This review is from a person who hired this attorney.
Hired attorney

I have been going through my divorce for 2 years. It finally came down to a jury trial and David was my attorney. David is a very confidant attorney of which I needed. He worked hard through this difficult time for me and he won my divorce for me. I would recommend David as your divorce lawyer because he is an attorney that works very hard for what you deserve and he works overtime to get the job done. He is very understanding attorney and has total empathy for your situation. If you want what you have earned in your divorce, feel confidant in hiring David as your attorney. You won't have to search anywhere else. Thank you David for everything you have done for me.
This review is from a person who hired this attorney.
Hired attorney

THANKS legal team, for your depth of knowledge, due diligence, and application of legal prowess in winning my case!! Attorney David Beaudry represented my divorce with excellence, which was complicated by a lengthy marriage financially co-mingled with a business owned by my ex. David always said he would never go into mediation or court until he knew he could WIN. David won, and I was awarded everything I was entitled according to the state of Georgia. But one year later, alimony payments stopped. In post-divorce, David represented my case as a Contempt of Court on his failure to pay alimony. My unfamiliarity with the legal process felt it took "forever" to resolve the case. However, I trusted David to research and collect hidden and undisclosed data, which was definitely worth the long wait! David knows the application of case law, and employs legal principles EXTREMELY well to advocate and reinforce justice on behalf of his clients. After “seven hours” of non-stop mediation, the Contempt of Court case was finally resolved without going to court! David recovered delinquent alimony payments that rescued me from the near edge of poverty. With a sincere heart, I am honestly grateful! He is a true warrior within the conflict zone of divorce law, heavily armed with integrity and legal ammunition, fighting always for fairness and justice, and professionally committed to WIN!!
This review is from a person who hired this attorney.
Hired attorney

David listened to my concerns, continually updated me on our progress during the divorce process and ultimately we were able to craft a settlement that I could live with but most importantly my soon to be ex could live with. He represented me professionally in court and spent time with me discussing the personal side of the divorce process as well. For me, I had to find a divorce attorney who would be effective arguing for a non standard custody agreement due to my job as an airline pilot. I would highly recommend David to anyone who has a career where a standard parenting schedule just does not work. I will also add that David's paralegal, Scarlett Wolf is probably one of the best in the legal field. To manage cost she worked tirelessly on my case and interfaced with David so he was always in the loop. David's team has been assembled to produce seamless service in an industry that can be frustrating. Thanks to David and Scarlett.
This review is from a person who hired this attorney.
Hired attorney

David has provided me great legal advice and representation on several custody and child support issues. was able to successfully undo an illegal garnishment order without having to return to court. this saved us many dollars and many frustrating days. subsequently, he negotiated a child support modification with proper a step down for when eldest child turned 18 after an incompetent judge failed to include it when I was represented by a lesser skilled attorney. I highly recommend David for domestic matters and, at a minimum, you should at least interview him during your attorney search.

Divorce is never easy but I have to say David made it as easy as possible - I had spoken with a few other attorneys before proceeding with David but there was something about those other attorneys that left me feeling eh...David was very upfront and honest and from our first meeting I knew he was the attorney to help me through this process and I was right, the entire process took about 18 months but he along with his team kept me well informed and did everything they could possibly do to keep things progressing

In July 2010, I retained Mr. Beaudry to continue representation of my divorce case pertaining to all aspects including trial proceedings. Mr. Beaudry continuously demonstrated his keen understanding of Georgia Family Law throughout my lengthy case and provided powerful representation at every occasion which exceeded expectation. Worked extremely efficiently and effectively on case. Clearly motivated by serving his client-base with best-possible case outcomes.
See all reviews

I have litigated against David numerous times and he is a very competent attorney and a strong advocate for his clients. I endorse this lawyer.

David is a powerhouse litigator and top notch divorce attorney.

We have worked on the opposite sides of numerous cases and I always know that he is going to advocate strongly for his clients. He is also very fair, thoughtful and open to finding a fair solution to the disputes in a case.

I endorse this lawyer. David is a very seasoned attorney with over ten years of experience and a zealous legal advocate for his clients. He is extremely dedicated to his practice and to representing the best interests of his clients.

I endorse this lawyer. David is a highly skilled attorney and is dedicated to achieving positive results for his clients. He is a very effective advocate.

David is an incredibly skilled attorney and pleasure to work with!

Melissa Barber, Divorce and separation Attorney on May 19, 2011
Relationship: Co-worker

David is a zealous advocate that always strives to ensure that each of his clients are represented to the best of his ability. His ability to relate to his clients, legal acumen, and empathy are beyond reproach and he is a great asset to the legal community.

David is an outstanding lawyer and it is a pleasure to work with him. He is a strong advocate for his clients rights and does an exceptional job of informing his clients of not only the status of the law and where they stand but also the best strategy for them to proceed forward. He also takes time to give back to the community, including other members of our profession, as evidenced by the various seminars he teaches at for other attorneys. I strongly endorse his legal work.

Patrick Meriwether, Divorce and separation Attorney on Jan 8, 2011
Relationship: Worked together on matter

I first came to know David as an opposing attorney. He was a zealous, intelligent advocate for his client while still maintaining his professionallism and integrety. Since then we have worked together on cases. I highly endorse this lawyer.

David is a gifted attorney with an aggressive, no nonsense approach both in court and in settlement negotiations. He is the consummate legal advocate and a formidable opponent who cares about his client's outcome.

David is a hard working attorney that is dedicated to advocating for his clients.

I highly recommend David's work. He is an excellent attorney who really cares about his clients and will work tirelessly to advocate for them.