Mr. Michael A. DeMayo is the CEO and founder of DeMayo Law Offices, L.L.P. (a/k/a, Law Offices of Michael A. DeMayo, L.L.P.)  Since founding the law firm in Charlotte, North Carolina over twenty-five years ago, Mr. DeMayo and his dedicated team of experienced attorneys and staff have grown to over 120 legal professionals. Our experienced team has helped over 93,000 individual clients and their families across the United States recover over $890,000,000.00 verdicts and settlements for their cases. The firm has three additional office locations in Hickory and Monroe North Carolina, and another in Columbia, South Carolina. In addition, the firm maintains established co-counsel and collaborative relationships with over 50 national and regional law firms across the country allowing us to assist individuals with their personal injury and wrongful death needs in almost every jurisdiction of the continental United States.

Mr. DeMayo is rated AV Preeminent (5.0 of 5.0), the highest professional rating achievable from Martindale-Hubbell, a national organization that rates attorneys and law firms. According to Martindale-Hubbell, “an AV peer review rating is a significant accomplishment – a testament to the fact that a lawyer’s peers rank him or her at the highest level of professional excellence.” In addition, the firm has consistently and annually been named and awarded the Client Champion Gold Distinction (previously the Client Distinction Award) by Martindale- Hubble which places the DeMayo Law Offices in the top 5% of firms recognized as “an elite group of attorneys who have received exceptional reviews from the people who know them best, their clients.”

Mr. DeMayo has been named as a top 100 Trial Lawyer for the past 12 consecutive years by the National Trial Lawyers and has been named the Nation’s Top One Percent for several years by the National Association of Distinguished Counsel. Mr. DeMayo was a Benefactor and one of the original founding members of the Mecklenburg Trial Lawyers Association. He is also a sustaining member of the Leaders Forum and the President’s Club for the North Carolina Advocates for Justice. Additionally, he is a long- standing member of the National, American Association of Justice and is a member of the Leaders Forum and has been a President’s Club and Sustaining Member of AAJ for many years.

Mr. DeMayo is a member of the Million Dollar Advocates Forum* and Multi-Million Dollar Advocates Forum*, an honor reserved for trial lawyers who have demonstrated exceptional skills, experience and excellence in advocacy by achieving trial verdicts, awards or settlements in the amount of one million (MDAV) or two or more million dollars (MMDAV) respectively.  Mr. DeMayo has either settled or tried more than twenty-five cases of at least one million dollars and his office has either settled or tried over 93,000 cases for a total of almost one billion dollars in recoveries for its clients since the founding of the DeMayo Law Offices, L.L.P.

In addition to his many legal accomplishments, in 2003 the Charlotte Business Journal named him one of the “Top 40 Under 40 Businessmen” In the Charlotte Metropolitan region. Additionally, Mr. DeMayo is the co-author of “Carolina Injury Law: A Reference for Accident Victims,” a book written to provide general information and references about personal injury claims for individuals who have been injured in an accident. Over the years, Mr. DeMayo has been a frequent speaker and presenter at AAJ, NCAJ, Trial Lawyers Summit, M&L and MMG Seminars for attorneys.

In addition to his many accomplishments and honors in the legal arena, Mr. DeMayo has also earned recognition and accolades throughout the region for his commitment to community service programs including his signature programs to combat underage drinking and driving, feeding the poor, and numerous other charities and organizations.  Mr. DeMayo has seen countless injuries and deaths due to drinking and driving collisions and is committed to trying to make the community a safer place. In 2003, as a direct result of his personal experience(s), Mr. DeMayo developed and initiated, Arrive Alive ®, an outreach program meant to educate teenagers about the dangers and consequences of underage drinking and driving. The firm has delivered this “Arrive Alive®! Don’t Drink and Drive” message to thousands of teens in the areas it serves for a number of years. In conjunction with this initiative, the firm has awarded over $650,000.00 (Six Hundred and Fifty Thousand Dollars) in college scholarships to graduating high school seniors through the Michael A. DeMayo Scholarship for the last consecutive 16 years. In 2018, the firm awarded fifteen $2,500 scholarships to students who created video PSA presentations on how to prevent underage drinking and driving. Through this scholarship program, the firm wants to try to prevent accidents caused by underage drinking and driving by encouraging teenagers to make smarter decisions.

Mr. DeMayo is licensed to practice law in all North Carolina State Courts, U.S. District Courts, and is admitted to the United States Supreme Court. Mr. DeMayo is fluent in Spanish. In conjunction, the firm has more than 30 bilingual team members to help serve their diverse clientele. Mr. DeMayo started his law firm with a basic vision statement: “Put your client’s interests first and everything else will follow.” He has never wavered on this commitment to providing exceptional customer service with exemplary legal results for all clients. DeMayo Law Offices, L.L.P., while also serving the community at large, has had the honor of helping more than 92,300 individuals who have entrusted him and his team of professionals in the care of their personal injury/wrongful death needs throughout the years.

*Membership in the Million Dollar Advocates Forum is limited to attorneys who have won million and multi-million-dollar verdicts and settlements. The DeMayo Law Offices does not represent that similar results will be achieved in your case. Each case is different and must be evaluated separately.

*The National Trial Lawyers is a national organization composed of the Top 100 Trial Lawyers from each state. Membership is obtained through special invitation and is extended only to those attorneys who exemplify superior qualifications, leadership, reputation, influence, stature, and profile as trial lawyers, both civil plaintiff and criminal defense. The DeMayo Law Offices does not represent that similar results will be achieved in your case. Each case is different and must be evaluated separately. 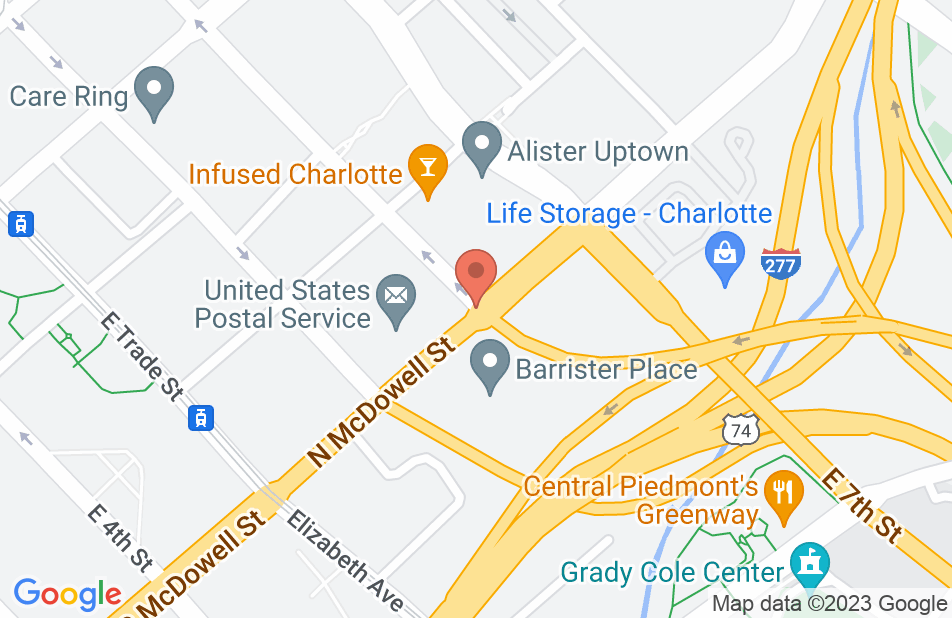 very expericened staff,melissa very nice,nichele also.when i talk to them they just instaly make you feel so comfortable,all staff is nice and they keep you informed with your case,and wil lhelp you in an professional way all as possible thank you
This review is from a person who hired this attorney.
Hired attorney
Michael Demayo's response: We strive to provide the best customer service experience along with results. Thank you for your recommendation and kind words.

I was turned down thee times, then I contact Marco de Mayo, l talk to Liz she was a big help to me throughout the process and they got me my disability for my back injury , great job guys thank you very much!
This review is from a person who hired this attorney.
Hired attorney
Michael Demayo's response: Thank you for the 5 star review! We pride ourselves in taking great care of our clients. We look forward to the opportunity to be of service to you again. - from the entire team here at the DeMayo Law Offices.
See all reviews

Mr. DeMayo and his staff care about their clients. Enjoyed working there.

Attorney DeMayo is one of the hardest working and most knowledgeable attorneys I've had the pleasure of meeting. His experience and expertise is respected by both his colleagues and clients, and his law firm continues to be on the leading edge of personal injury law.

I endorse this lawyer. I have known Michael DeMayo for several years now as we attend certain legal seminars. He is one of the best attorneys I have ever met. He runs a top notch law firm and is extremely competant and his firm cares deeply about their clients and provide exellent client service. I highly recommend anyone that has a personal injury case to hire his firm.

Michael is a smart and hard working lawyer and the go to personal injury lawyer in Charlotte.

Mr. Demayo is an exceptional attorney. Although I have been practicing law for 24 years as a judge, magistrate, law professor, prosecutor, and private attorney, I learn from his responses on Avvo every time that he posts. If I needed an attorney, I would hire him. I recommend him with no reservation. It would be the best investment of your life to hire him to represent you.

I recently met Michael Demayo at a meeting in California and was instantly impressed with his knowledge of the law. He also showed a true compassion for the people he represented, truly wanting what was best for each of them. If you have been injured in a car accident in Charlotte or anywhere in North Carolina do yourself a favor and call Michael Demayo. His team will take care of you and get you the result you deserve.

If you're looking for a great attorney, Michael DeMayo is your man! He is hard-working and puts his clients first.

I can't imagine a lawyer who brings more energy and determination to his work than Michael. I have been privileged to know him for many years and I'm proud to count him as a friend. He is more dedicated to providing quality service throughout his law firm than perhaps anyone I know. It is evidenced by the very successful law practice he has built.

I have known Michael for 20 years, and he is one of the hardest working attorneys I know. Michael’s firm gets outstanding results for his clients, and provides a very high level of customer service. I highly recommend Michael DeMayo and Associates.

Michael is committed and compassionate about providing outstanding customer service to his clients. Michael built his firm by successfully taking care of one client at a time. His firm has a history of getting great results and he won't back down. He proudly represents the injured and will only do what is in his clients' best interests. He is very active in the community and his law firm gives back by sponsoring many activities, charities and scholarships.

I am happy to endorse Michael DeMayo. His dedication to customer service is what sets him apart from his competition. His firm also knows how to give back. They’ve done some great things to better their communities across North Carolina. Michael DeMayo is knowledgeable, personable, and dedicated to achieving the best results for his clients.

Michael is a fantastic attorney who has built his reputation on hard work, character, and consistently achieving the best results for his clients. Michael's firm has achieved many substantial verdicts for seriously injured clients.