What's your case worth? Maybe more than you think. Call now for a free consultation.

Originally from rural South Dakota, Justin Bice spent eight years in the United States Army working in the Military Intelligence Detachment of the 3rd Special Forces Group at Fort Bragg, North Carolina. He participated in three tours of duty in Afghanistan and one in Iraq during the 2003 invasion, in addition to participating in various peacetime operations around the world.

Justin graduated first in his class at Methodist University in Fayetteville, North Carolina with a degree in business administration, and earned his Juris Doctor from the University of South Carolina School of Law. During law school, he was Editor-in-Chief for the Journal of International Law and Business. Justin was also a member of the John Belton O’Neall Inn of Court and Phi Delta Phi. 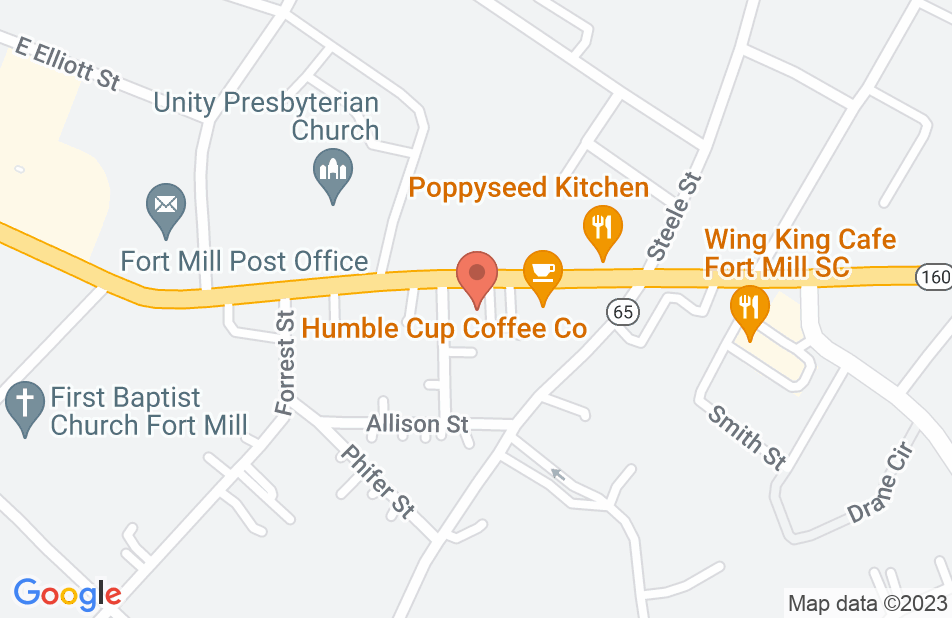 Mr. Bice and his staff are amazing. After my accident, I didn't know what to do. They offered to drive to my house for the consultation because I was having such a hard time getting around. They took a huge weight off my shoulders.
This review is from a potential client who consulted with this attorney.
Consulted attorney

I hurt my knee at work and didn't know what to do. My employer was denying some of my treatment, and I went to Mr. Bice for help. He answered all of my questions.
This review is from a potential client who consulted with this attorney.
Consulted attorney

This firm is very knowledgeable about personal injury law. It's not easy talking to insurance companies and trying to figure out who pays what and what I am able to get.
This review is from a potential client who consulted with this attorney.
Consulted attorney

If I had a question or concerns, they always put me at ease. Always answered my calls or called me right back if they was unavailable. Thank you so much for helping me and making it so stress free.
This review is from a person who hired this attorney.
Hired attorney

Free consultation was exactly what I needed!

Very glad that I gave this law firm a call when I did. They offered me a free consultation and made sure to answer all of my questions, I am very glad that I gave them a call. They were very personable and made me feel right at home.
This review is from a potential client who consulted with this attorney.
Consulted attorney

Everyone at Bice Law were so considerate and knowledgeable. They took me step by step through the process so I could understand what was happening. They won my case for me. I would recommend them to everyone!
This review is from a person who hired this attorney.
Hired attorney

Mr. Bice and his staff are nice and take the time to talk to you. They answered all my questions and gave me advice on what I should do about if the insurance did not pay enough for my car repairs.
This review is from a potential client who consulted with this attorney.
Consulted attorney

Made me feel completely comfortable discussing my case

As I was a little nervous approaching an attorney with my potential medical malpractice case, I felt completely comfortable with Mr. Bice. His staff made me feel right at home while Mr. Bice discussed the next possible steps. Bice Law helped me through every step of the way with my case. I was glad I found Mr. Bice and his staff. I would highly recommend Bice Law to anyone who wants to deal with a highly professional attorney.
This review is from a person who hired this attorney.
Hired attorney

Mr. Bice is a great attorney. I came to him after a car accident. The person who hit me didn't have insurance. He told me what I needed to do and made sure I got the treatment I needed.
This review is from a person who hired this attorney.
Hired attorney

Mr. Bice is a great attorney. I was a passenger in a car accident. I had to be taken to the ER and had a lot of back pain following the accident. He helped me get the treatment I needed.
This review is from a person who hired this attorney.
Hired attorney
See all reviews

Justin is passionate about protecting the interest of his clients. I endorse this lawyer.

Justin is an intelligent, experienced, and skillful attorney who is well respected in the legal community. I endorse this lawyer.

Excellent attorney and friend. I highly recommend Justin Bice for your legal needs.

I am impressed with Mr. Bice's thoughtful advice and answers to legal questions on Avvo. He has an in-depth understanding of the law and an ability to communicate legal concepts clearly and effectively. I endorse this lawyer!

Justin Bice is a skilled litigator and zealous advocate for his clients. I highly recommend and endorse him.

Justin is a talented lawyer and passionate advocate for his clients.

Justin's integrity, work-ethic, and skill is well-known by fellow lawyers and clients alike.