The founder of the firm, Harry F. Bell, Jr., received his B.S., cum laude, in Economics from West Virginia University in 1977, and is a 1980 graduate of the West Virginia University College of Law. After having worked as an Assistant Deputy Prosecutor in Kanawha County, West Virginia, Mr. Bell, a native of Charleston, joined the Charleston-based firm of Kay, Casto & Chaney, which later became Kay, Casto, Chaney, Love & Wise, in which he became a partner in 1987. While with Kay, Casto, Mr. Bell learned the civil litigation craft under the tutelage of John S. Haight, Esquire, a legendary West Virginia litigator. Mr. Bell left Kay, Casto in 1992 to form his own civil litigation practice, with the goal of providing personal and high-quality legal services to his clients in the most efficient and cost-effective manner possible, which included the incorporation of the most advanced technology available into his newly-formed law firm. A prominent, well-known West Virginia litigator in his own right, concentrating his practice in the representation of both businesses and individuals, Mr. Bell is also a trained and experienced mediator whose services are in demand throughout West Virginia. Mr. Bell has been and is a member of various professional associations recognizing the litigation field and his deep experience gained in over 32 years f trying lawsuits in state and federal courts. 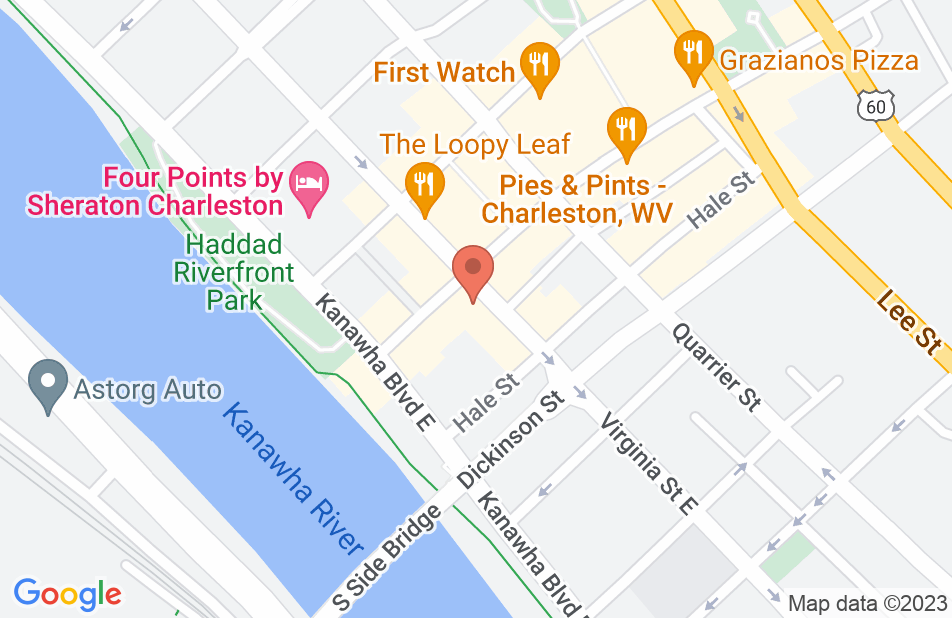 I have been working with Harry for the last three years on a complex business case. His dedication and his expertise are outstanding. On top he is very nice family man. I strongly recommend to do business with him
This review is from a person who hired this attorney.
Hired attorney

I have consulted with Harry Bell and found him extremely knowledgeable, articulate, and well informed. If I required legal services, I would not hesitate to engage his services.
This review is from a potential client who consulted with this attorney.
Consulted attorney

I worked with Harry as co-counsel on a matter and was very impressed with how professional he was to work with and his high level of ethics and work product. It is not always easy to find attorney with such qualifications, and Harry was a pleasure to work with. I would highly recommend him. If I had a matter in West Virginia he would be the first attorney I would contact.
This review is from a person who hired this attorney.
Hired attorney

I looked & found Harry in the yellow pages. I called the number, expecting to get voice mail as it was after 9 pm. Harry answered, I briefly gave him the basic facts of my situation & he set up a consultation. Years ago, he typically did not take cases such as mine, but he felt confident in me. Harry & his staff kept with up to date with information concerning my case...interviews, depositions, the Corporation's offers to settle, etc. I remember where I was at the very moment I received a phone call from him, telling me we had reached a significant, unanimous settlement. He never gave up & encouraged me to not give up. When the settlement was paid, I was unable at the time to drive the hour from my house to his office. He personally drove through a wicked rain/thunderstorm to personally deliver it to me. He handled my case as if it was his only one. He faced a muti-million dollar Oil Corporation with tremendous ease & confidence. I will never have any regrets hiring him as I would advise anyone to do. Thanks Harry, it was an honor being your client. Thanks for giving me the confidence to stand strong & believing in me.
This review is from a person who hired this attorney.
Hired attorney

I endorse this lawyer. Harry is wonderful to work with. He is a true expert in matters of mass tort, medical malpractice and injury law.

Harry is an outstanding lawyer who is a pleasure to work with. I would highly recommend him and his firm.

Mr. Bell fights for the rights of the people. His experience in nursing home abuse cases has lead to many successful verdicts and settlements. Harry Bell is highly recommended.

I strongly endorse Harry. Mr. Bell is a true advocate for his clients and a fierce litigator in the courtroom.

Both Harry and his law firm have my endorsement. His determination and attention to detail are second to none and the reputation that he has built within the legal community is commendable.

Harry is an experienced and creative attorney that is highly regarded by his peers within the legal community. I strongly endorse his services.

Harry has provided outstanding legal services for many years. His work in medical malpractice and nursing home abuse is remarkable. You are in good hands with an attorney of his caliber.

Mr. Bell is a great attorney. He has fought for the rights of victims for decades and is well known for his professionalism.

Mr. Bell combines a wealth of knowledge with his affable personality to achieve great results.

Jill Sinatra, Divorce and separation Attorney on May 22, 2012
Relationship: Fellow lawyer in community

Harry is an aggressive and effective advocate.