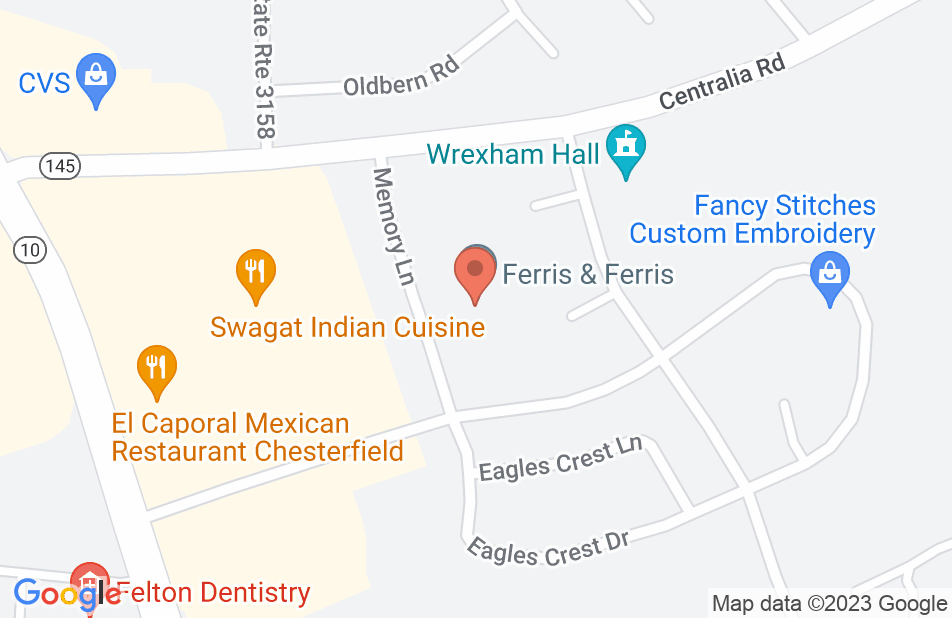 Thomas Noel Brooks is an attorney you don't want to go to court without. I was facing a lot of serious jail time for felony charges and Mr. Brooks was my attorney. He took the time to not only go through everything with me that I needed to know, but also educated me on my various options and what might be best for me based on where I was personally with the events that led me to the situation I was in. He was compassionate and listened to my concerns and questions. And though I did get jail time, that was out of his hands. If it weren't for him, it would have been way worse than it actually was. He visited me often and kept me up to date on proceedings, checked in to see how my progress was going, made sure that my needs, and that of my family, were addressed. At no point did I feel left "alone" or wondering "what was going on." After my release, he continued to work with me to ensure that I was on the right track to getting things squared away legally and in my life to transition back into society and my family as smoothly as possible. It's an attorney's job to do their best to represent their client, but Noel goes above and beyond that. No one wants to go to jail and many times that is out of attorney's hands depending on the situation, but I am so grateful that he was by my side. In a bad situation, he made it bearable and made me truly feel like everything was going to come out ok on the other end. Guess what, he was right. I thank God that he believed in me, when so many others wouldn't have. I have much respect for him, and now that it's been years later, and I have moved away, he is STILL my attorney! When I need legal help, advice or counsel, he is my first and only phone call. He's worth the distance! Don't go to court without him.
This review is from a person who hired this attorney.
Hired attorney

Noel Brooks has represented me in several cases and has consistently gone above and beyond what I expected. Not only is he extremely knowledgeable, he is very personable and relates to his clients in a way I've never experienced with anyone else. He was very prompt in returning calls, emails, and meeting with me. I never had to wait days to find out what was going on. He did an amazing job with my cases, but also with me and the issues leading to legal issues. He assisted me in finding resources to help prevent further legal problems and was always patient and understanding. He never made me feel like I was bothering him or like he was annoyed by my constant questions. I have recommended him to others that have been equally impressed with his knowledge and capabilities. He is very honest, capable, and intelligent. Noel Brooks never judged me by mistakes, but instead was very understanding and respectful. His dedication is second to none. I highly recommend him and would not go to anyone else!
This review is from a person who hired this attorney.
Hired attorney

Mr. Brooks is definitely a great lawyer. I hired him to represent me for a hit and run charge and he won the case. (Not guilty) He is very knowledgeable with the law, he will let you know all challenges of the case as well as his thoughts and he will try his best to win. I don't know what I would have done without him!
This review is from a person who hired this attorney.
Hired attorney

Noel Brooks will fight for you to get fair justice

We found Mr. Brooks through our legal services plan. Mr. Brooks used a strategic approach to the defense. He was responsive to questions, returned calls promptly and thoroughly prepared for trial, unlike our previous attorney. Just prior to the trial date, there was a major development, and Mr. Brooks said he had no hesitation to fight for him to achieve fair justice based on the new evidence. He used his legal experience, knowledge of the law and negotiation skills to get the charges dismissed. Had it not been for Mr. Brooks' representation, our son would have been convicted of an overcharged felony crime that should have only been a misdemeanor at best or dismissed all together as a first time offense. What impressed us most was Mr. Brooks' ability to relate to our college-age son and how he gave him words of wisdom and encouragement without judgment, offering him to follow up if he ever needed to talk. l have no doubts that Noel Brooks will always fight for fair justice while being a compassionate and caring attorney.
This review is from a person who hired this attorney.
Hired attorney

I endorse this lawyer. Noel is a compassionate & reasonable guy. Very professional.

I endorse this lawyer. Noel is respected by everyone in the criminal justice world. The respect has earned benefits his clients.

Noel is an excellent lawyer. He fights for his clients and gets results.

I endorse this lawyer. Mr. Brooks is one of the better criminal defense attorneys in the Metro Richmond area. The highest compliment I can give to another lawyer is that I would send my friends and family to him, and I would certainly send them to Mr. Brooks.

I endorse this lawyer. He is very professional and knows the law well.

I endorse this lawyer. Noel is a strong advocate for his clients. He is a knowledgeable and skilled attorney that is well respected in the central Virginia area.

Mr. Brooks is not only a great attorney; he is a fantastic person as well. He is a valuable resource and friend to our firm. I would highly recommend him to anyone seeking legal counsel.

I have had the pleasure of watching Noel in court over the course of many years. He is an outstanding attorney who zealously represents his clients.

I endorse this lawyer. Noel is a hard working, passionate, and meticulous attorney who will fight for his clients.

I recently had the pleasure of seeing Mr. Brooks zealously represent a client in the courtroom. He was well prepared, his witnesses were well prepared, and he had an exceptional courtroom presence. He is a very effective advocate.