Retired police officer fighting on your side for 16 years.

The Law Offices of Michael S. Davis have a high rate of client satisfaction and have been serving the Tidewater community for the past 18 years. As a former police officer, I believe I have an insight into the criminal justice system from a prospective that few others have. With years of experience I take time to listen to each client's needs and provide individual care to each case. My office strives to provide you with the best possible outcome for your situation through research, preperation and aggressively defending your case. I provide free consultations, with no commitment on your part, and look forward to serving your needs. 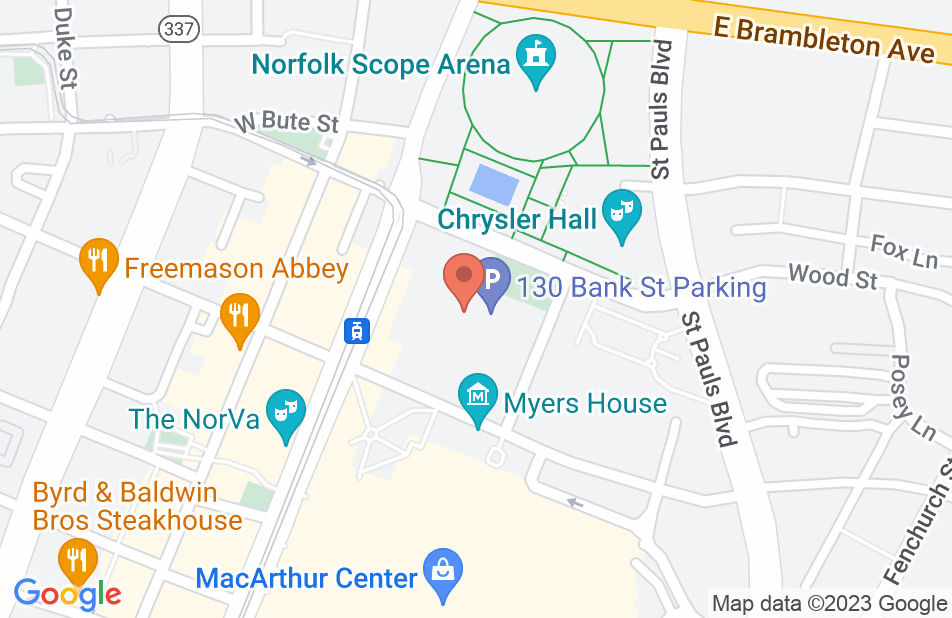 Mr. Michael Davis represented me so well in court, I got my case dismissed for reckless driving. His pricing isn’t bad either. I recommend him for any motor vehicle related case you may have
This review is from a person who hired this attorney.
Hired attorney

Successfully eliminated the reckless driving charges without me having to go to court. I would highly recommend Mike as he's well qualified with long years of experience.
This review is from a person who hired this attorney.
Hired attorney

I hired Michael to handle my speeding ticket while visiting VA. He was able to have it reduced from a criminal offense to just a speeding ticket. He was also able to represent me when I wasn't able to be present. He was professional and I would hire him again in a heartbeat if I needed him.
This review is from a person who hired this attorney.
Hired attorney

Mr Davis is really good I would try to hire him before his spots fills up he take care of business in the court room. I had a reckless driving ticket in VA and wasn't happy at all for 2 months but when I left the court I had a big smile on my face because he did his job to get me out of it.
This review is from a person who hired this attorney.
Hired attorney

Michael S, Davis was an amazing attorney. He made the whole court process quick and easy. He actually cared about getting the lowest charge possible and was very specific on his advice. He is very kind and was able to calm me down from being scared about court. He helped me reduce my 92/65 to a 89/65 and lowered the charge from a misdemeanor to a simple speeding charge. Definitely will hire again if needed.
This review is from a person who hired this attorney.
Hired attorney

I was arrested for a DUI. I was not driving nor did the police see me driving. My car was turned off, parked in a driveway and I was drinking a beer in the garage when they showed up but it still ended with me being charged with driving under the influence. All that said, I knew I needed it hire an attorney; Michael Davis was the best one I could’ve possibly hired. I was very impressed with how much information and input he’d given me during our consultation and I decided to hire him the next day. It’s understandably difficult not to be nervous when facing a potential DUI conviction, but his confidence and knowledge kept me hopeful that the charge would be dismissed, as this seemed to be a completely invalid arrest. He worked very quickly to get/review the evidence and I was kept in the loop through the whole process. He was persistent in trying to reach the prosecutor to explain the situation in hopes of having the charge dropped before my court date. A little while ago, Michael Davis called to inform me that he had gotten a chance to speak with the prosecutor today and after explaining my case to her, she agreed to drop the charge. My trial would’ve been tomorrow morning. Michael Davis helped me out of what could’ve been a very awful situation and I am so happy I hired him. He is a fantastic lawyer, worth every penny, and I would recommend him to anyone.
This review is from a person who hired this attorney.
Hired attorney

I called Mr.Davis about a traffic ticket I got.He explained how he would handle it without me hiring him first. I liked what he said so I hired him. He did his research on the case so when we went to court he was ready. Thanks to Mr.Davis it was dismissed.I would hire Mr.Davis and recommend him to everyone.
This review is from a person who hired this attorney.
Hired attorney

On the Fourth of July I was on vacation in Virginia and I received a speeding ticket on the Chesapeake Bay Bridge. The ticket had a court date for me to show up back in Virginia which would’ve been tough because I live in New York. I connected with Attorney Michael Davis. Good thing I did. From my initial consultation he explained everything that was going to happen from the A to the Z. When my court date came he represented me in my absence and resolved it the very same day to my satisfaction just as he said he would. I highly recommend you hire Michael Davis as your attorney if you get jammed up.
This review is from a person who hired this attorney.
Hired attorney

Best lawyer in all of Virginia

I can not express enough how thankful I am that I hired Mr. Davis to represent me. He is very professional and very thorough! Highly recommend.
This review is from a person who hired this attorney.
Hired attorney

Contacted Mr. Davis after receiving a reckless driving ticket, he gave me advice before I committed to hiring him to help with the case, and walked me through everything after I did. He was always available for any questions I had and was honest about my situation. He was able to work with my schedule and multiple rescheduled court dates due to covid, and gave me a military discount on top of it all. He got my charge down to an improper driving, saved me money and points on my license. I hope to never need him again, but if I do I will call Micheal Davis first every time.
This review is from a person who hired this attorney.
Hired attorney
See all reviews

I have known Mr. Davis for several years and can attest to the fact that he obtains incredible outcomes on all of his cases. His wealth of experience allows him to obtain these results. He is a true asset to his community. I highly endorse this lawyer.

I endorse this lawyer. Michael and I handled similar cases for over a decade. It was an unfortunate blow for the Northern Virginia area when he moved to Norfolk. However, our loss is that areas gain!

Michael is a trial lawyer. That's how he wins a majority of his cases by formulating an effective defense and making sound legal arguments to achieve victory in the courtroom. It also helps immensely that Michael is well-respected and well-known by the legal community for his skills as a lawyer and professionalism, but also for the experience he has as a former police officer. Michael's clients can rest assure that they have a focused and determined lawyer who knows law and how to win cases. I highly endorse Mr. Davis.

I have known Michael for nearly two decades. He is a top shelf attorney who does exceptional work for his clients. His skill and knowledge sets him apart from other lawyers. I have referred many people to him and will continue to do so.

Michael is a strong advocate for his clients. His background in law enforcement provides him a depth of understanding and experience in criminal matters that many attorneys do not possess. If I ever needed a criminal defense attorney, I would call Michael.

Michael Davis is the epitome of an outstanding criminal defense attorney. I have personally observed Michael Davis in court win numerous jury trials on "unwinnable" life-sentence felony cases. I credit his success and outstanding results to his zeal, hard work and aggressive style of litigation. I am confident that each and every client of his will be in great hands. I endorse this lawyer.

I endorse this lawyer. There is none better. Smart, hard-working, diligent, aggressive with a never-say-die attitude, Mike is the total package. I've never met an attorney who will fight harder to obtain the best possible result for his clients.

I endorse this lawyer's work. Mike has a great technical knowledge of many issues that are very valuable in defending Criminal and DWI cases in Virginia. Mike has recently moved his practice from Fairfax to Virginia Beach. With his statewide network of attorney contacts, I'm sure he will be very successful there!