Born in Charleston, South Carolina, Robert L. Jenkins, Jr. earned his B.S. in History from Howard University and obtained his J.D. from the National Law Center at George Washington University. During his college years, he served as Capitol Hill Aide to the Honorable Aruther P. Ravenel of the U.S. House or Representatives and a Law Clerk to the Honorable Ulysses B. Hammond (Executive Officer of the District of Columbia Courts) after graduating.
During Robert’s legal career, he has handled a wide range of criminal matters in both criminal and juvenile court. He has successfully defended clients facing drug charges, white-collar crimes, sex crimes, and even homicide in state and federal courts. He is a member of the Virginia State Bar and has been admitted to practice before the United States Court of Appeals for the Fourth Circuit, United States District Court for the Districts of Colorado, Eastern District of Virginia, and District of Columbia. 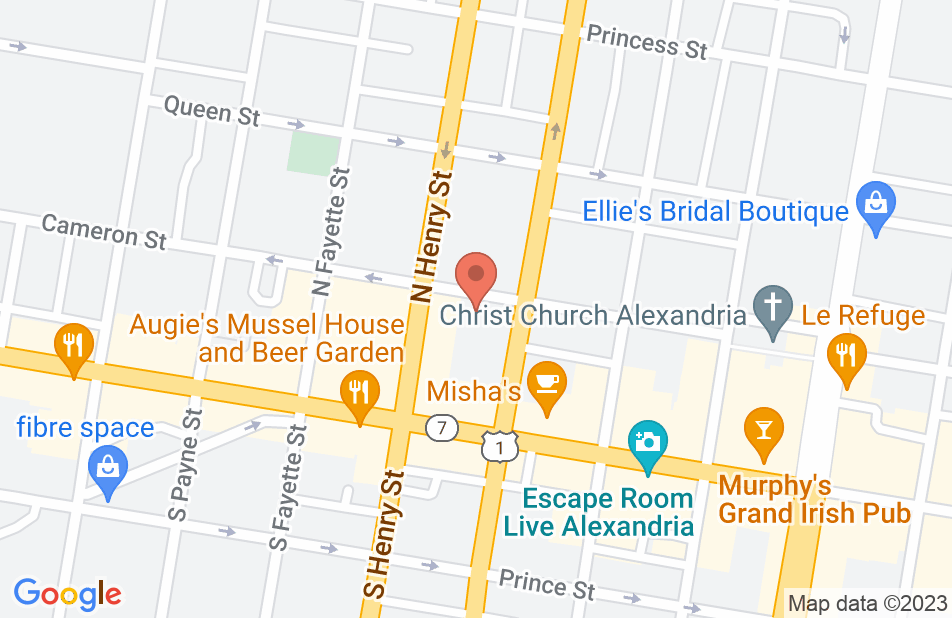 Atty Jenkins’ expertise effectively reduced my family‘s legal concerns and potential liabilities. I would, without any reservations, recommend him to family, friends, and associates.
This review is from a person who hired this attorney.
Hired attorney

I had a traffic violation and I was really nervous about the potential issues that could come from this violation. Attorney Jenkins was explained everything to me in detail and was able to get my case dismissed. He is an exceptional attorney who fights for the common man!
This review is from a person who hired this attorney.
Hired attorney

Kept my family together

I'm so Happy & Grateful for Attorney Mr. Jenkins . He represented my son in a federal court case with serious charges . I truly feared for my son future But Mr. Jenkins made it possible for his freedom . I've never had an experience with an attorney with so much professional skills and calm demeanor Mr Jenkins My Family and I Thank you from the bottom of our hearts Sincerely Ms. Lawrence & Family
This review is from a person who hired this attorney.
Hired attorney

Trusted friends recommended Mr. Jenkins to me for help with criminal charges. The case was petty and my expectations for disposal were completely out of alignment with the DA. Mr. Jenkins supported my expectations and aggressively defended me through the criminal cycle, even through trial. Acquittal was the outcome. The case was very frustrating considering the significant time investments for the underlying facts and charges, so lots of pressure to plea it out. I am forever greatful Mr. Jenkins was supportive of my decision to take the path of most resistance, and forever greatful in his talents for persuading a jury. Often times you look back on experiences with lawyers and can’t rationalize value or return for the money you pay. But after reflecting on the work of Mr. Jenkins with my case vs. invoices he presented for payment, I felt he deserved exta. Never in my life has a lawyer’s service been so exceptional that I paid more than the bill - until I experienced Mr. Jenkins.
This review is from a person who hired this attorney.
Hired attorney

I don’t usually write reviews,however Mr. Jenkins is truly a different breed of Lawyer, who deserves the time and energy. He is always honesty & transparent EVERY step of the way! Most attorneys take advantage of people, baiting potential clients in with false hopes and an assumely “good character” as if they truly care. However, Jenkins has not failed me yet. From my experiences, he truly has his clients best interest at heart, is knowledgeable, resourceful, and trustworthy!
This review is from a person who hired this attorney.
Hired attorney

Mr Jenkins from the get go was very professional he met with me personally anywhere and anytime that was convenient for me. From day one he has and always reassured me that I was not facing jail time all the way ill my sentencing and believe me i was facing years. Overall he has gotten me a second chance to redeem myself of my past sins and help me look forward to my future. Thank you again Mr Jenkins.
This review is from a person who hired this attorney.
Hired attorney

When I needed an attorney, I didn’t know where to start. After considering my choices, I felt my best chance was to work with Robert Jenkins. During my consultation he let me know the process that was ahead of me. He told me the options I had and I felt comfortable fully knowing what was to come. He was able to get the best possible outcome during my case. (Thank you!) He is positively recognized around the courthouse. He knows what he is doing and is very organized and inteligente. Thank you again.
This review is from a person who hired this attorney.
Hired attorney

Initially I had hired another attorney but I reached out to Rob to discuss my case because I didnt feel good about what I was hearing. Rob knew the other attorney and spoke highly of him as well. Rob also told me how his experience litigating would be beneficial in my case. I spoke with the other attorney and he agreed with Rob and so I switched. Rob's experience as a litigator was a big concern for the prosecution and led to a result that was much better than I expected.
This review is from a person who hired this attorney.
Hired attorney

From the moment I called Mr Jenkins was very professional. Mr Jenkins kept me informed throughout the trial and is very competent.
This review is from a person who hired this attorney.
Hired attorney

There is no better criminal attorney out there then Mr. Jenkins. He was able to get my 3rd and 4th offenses for driving on a suspended license reduced to a simple 250$ fine with no additional suspensions to my license, which is nothing short of a miracle in Fairfax county. Mr Jenkins has also represented me on numerous other occasions and has exceeded all my expectations at every juncture. I wouldn’t allow any friend or family member to employ any other criminal lawyer besides Mr Jenkins, he truly is a life savor anyone looking for an attorney should have him at the top of their list!
This review is from a person who hired this attorney.
Hired attorney
See all reviews

Mr. Jenkins has complete command of the courtroom. His ability to condense and present complicated facts is impressive. I have been in trial with him and watch him captivate jurors. I endorse this lawyer.

I have had the pleasure of working closely with Mr. Jenkins of serious criminal matters in both state and federal court. His knowledge of the law and courtroom demeanor combine to earn excellent resolutions for his clients. He is one of the best criminal defense attorneys in Northern Virginia.

I endorse this lawyer. Excellent advocate, professional, and always prepared for his cases. Well-respected by his colleagues and the bench.

I endorse this lawyer. He is intelligent, experienced, knowledgeable and well-respected in the legal community. He is known to fight hard for his clients and practices in numerous jurisdictions.

I have known Robert for many years. He is an excellent and highly skilled lawyer who effectively represents his clients.

I highly endorse Mr. Jenkins, who was lead attorney on a high-profile murder case with me approximately 10 years ago. He showed remarkable legal skill and client compassion during that case. More recently we represented co-defendants in another hi-profile murder case and Mr. Jenkins showed the same skill and client centered focus as he did years ago.

I endorse this lawyer. Hard working and effective attrnet

I endorse this lawyer. He is a hard working, conscientious and capable attorney. He doesn't just go through the motions. He cares about his clients and does a good job.

I endorse this lawyer. He is smart, dependable and his abilities before the court are commendable.