Mr. Sheldon is the author of the only treatise in Virginia on post-conviction remedies and habeas. 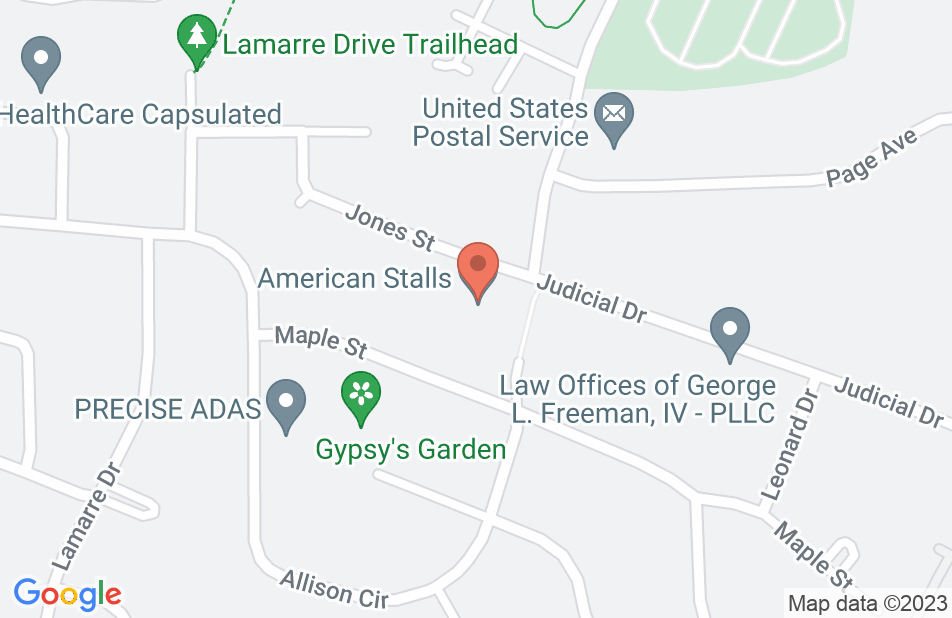 Mr. Sheldon is a knowledgable attorney, very patient for his client, he gave ample time to review our case and offer us the best consultation and advice accordingly.
This review is from a potential client who consulted with this attorney.
Consulted attorney

You want Mr. Sheldon in your corner

I consulted with Mr. Sheldon about a legal issue and appreciated that not only did he seem much more knowledgeable than the other lawyers that I spoke with, but he was extremely straightforward about my chances for success – I really appreciate his honesty.
This review is from a potential client who consulted with this attorney.
Consulted attorney

When first contacting Mr. Sheldon’s office I didn’t know what to expect. But I put my faith in God and knew he would answer our prayers. After having a conversation with Me. Sheldon, he asked me to send my husband’s transcript to him. And I did just that. After Mr. Sheldon reviewed my husband’s transcript, he called and said to me that he would take his case. At the time of call I was at work. But hearing that made that day the best for us. Mr. Sheldon went right to work after that. He is a lawyer that sticks to his guns. Goes hard for his clients. Researches and can see straight through garbage. He is one of kind. He stays persistent and on task. My family and I looks at Jon as one of the family. We are forever great full for all he’s done and what he continues to do. He makes power moves. So glad we have you on our team. Jon Sheldon you rock!!!!! We Love you Jon!!
This review is from a person who hired this attorney.
Hired attorney

Given an 80 year sentence at 15 years old, I've been incarcerated for over two decades and I've never felt like I had a real advocate fighting for me until we hired Jon to represent me in my Habeas. As a defendant in the justice system, you feel the full suffocating weight of the state's prosecution. Many times I felt hopeless, how can you not when the prosecution measures success by how many years they can strip away from you? Jon has been by my side and put in long hours and great work struggling to give me back my life. He's showed up in Virginia's General Assembly to lobby for criminal justice reform. That shows his above and beyond dedication to reform. Every Virginia defendant needs an attorney who knows the law inside and out, who intimately understands Virginia politics and all the different elements impacting our state justice system. You hire Jon and you hire a brilliant attorney that is going to dedicate his time to helping you reclaim your life.
This review is from a person who hired this attorney.
Hired attorney

I had a consultation with Mr. Sheldon regarding a 24 year old wrongful conviction case. I was impressed by how knowledgeable Mr. Sheldon was and that he was able to realistically explain the potential shortfalls as well as what may be helpful. I was very satisfied and would recommend Mr. Sheldon to anyone in need of legal assistance.
This review is from a potential client who consulted with this attorney.
Consulted attorney

My name is Delfino Ramirez and Jonathan Sheldon represented me in a civil rights case. Mr. Sheldon did quality work on my case and put a lot of effort into my representation. I felt that Mr. Sheldon showed great care for me and my case during his representation. He had very prompt and effective communication with me and was always available to speak to me when needed. He gave his best effort, worked very hard and, though it wasn’t the exact result that we wanted, achieved a satisfactory settlement for my case. He’s a very trustworthy and honest individual and I would recommend him to anybody who needs a good attorney.
This review is from a person who hired this attorney.
Hired attorney

Jon Sheldon is the best choice you can possibly make! He is very professional and extremely knowledgeable in what he does! He is an EXPERT in post-conviction! I went to many attorneys before and have been told that there is nothing can be done with my case! Jon was able to solve my post-conviction problem, which was really affecting my immigration process! It is no longer an issue for me! I am beyond happy with the results i received from Jon Sheldon! It has totally changed my life!
This review is from a person who hired this attorney.
Hired attorney

I reached out to Mr. Sheldon after discussing the matter with several other attorneys. I in fact hired another attorney prior to Mr. Sheldon, who did nothing, despite insisting on my innocence did absolutely nothing and eventually I was given a verdict that was very detrimental to me. and I ending up appealing the verdict. When I reached out to Mr. Sheldon, I first explained everything, my situation, and the first thing I asked him was if he believed in what I told him, that I was innocent and I was falsely accused and to take up my case only if he believed me. He, I presume, studied all the facts and also me as a person and took up my case. We had in fact over time developed mutual respect for each other. I can vouch and say for sure, Mr. Sheldon left no stone un-turned, he put in every possible effort, obtained every possible material, facts, documents, he spent time studying and preparing for the trial. I too reposed complete faith in him. At the trial The prosecutor spent hours parading their evidences, Mr. Sheldon however was short and sweet to the point stressing only on facts based pertinent evidences very few but very critical questions to point out the facts, only possible due to the time he spent preparing. The outcome was, the Jury unanimously in almost 15 minutes reached a verdict and acquitted me as not guilty. I was totally elated and humbled. I would definitely say, if not for Mr. Sheldon's hard work, preparation and thoroughness, I would still be fighting to prove my innocence. If there is anybody fighting hard and needs an attorney who will stand up for them and fight to get them justice, they should not wait and waste a second longer, I say reach out to Mr. Sheldon, the man he is, he will do everything in his power to help you.
This review is from a person who hired this attorney.
Hired attorney

This attorney helped me and gave me the right guidance even though I was in another jurisdiction. He gave me the help and guidance that I needed months ago. Also, he is very experienced and willing to help.

Hello everyone. I'm a resident in Virginia .I have been a client of Jonathan P Sheldon. Jonathan P Sheldon is good person,good father and good adviser.Despite that ,criminal charge is hard thing to deal with in the United States.As a lawyer, he has put all his knowledge ,experience and wisdom to convince a judge.He has good experience in criminal cases.He has always been successfully on a case and prove his competency in the practice of law in Virginia. I think everyone have to call him for a criminal cases . Thank You.
Jonathan Sheldon's response: Marie is from Central Africa, a native French speaker, and her English is improving quickly.
See all reviews

I strongly endorse Jon. He is well known and highly respected in the legal community.

I have had the opportunity to consult and obtain Jon’s advice on numerous criminal matters and and he is, in my opinion, one of the preeminent criminal lawyers in Virginia, especially in the area of post-conviction. Having seen his post-conviction pleadings and argue before the Virginia Court of Appeals, his appellate and habeas knowledge and advocacy is unmatched. I regularly refer post-conviction matters to Jon knowing that he will provide honest, thoughtful, and real advice on whether a matter should be pursued.

Great attorney. John has appealed and been successful in some of the most difficult cases. If any client of mine comes to me with an appellate issue, Jon is the first person I call.

Jon is a true contributor to the community and willing to take on any matter. He often handles the most challenging cases numerous other lawyers have turned down and obtains highly successful results!

I endorse this lawyer. Mr. Sheldon is a brilliant attorney and a zealous advocate for his clients.

I endorse this lawyer. He is one of the smartest lawyers I have ever met. His command of the law is first rate.

Jonathan Sheldon is a great attorney! He is the best when it comes to post-conviction relief for Virginia convictions. He truly cares for his clients, and it shows in how meticulously he works on each case. We've worked on several cases together involving immigration consequences of criminal convictions, and I cannot endorse him enough for post-conviction relief matters.

Jon is a zealous advocate for his clients, and his knowledge of criminal defense and appeals is unparalleled. I highly recommend his services.

I endorse this lawyer. Jonathan is well known as the go-to-guy for post-conviction relief. He maintains a superb reputation for the focus, persistence, and creativity. If I were in trouble, he'd be on the top of my list.

I endorse this lawyer. Jon Sheldon is known by those in the legal profession as an authority on post-trial matters. I have personally relied on him when dealing with such matters and I am always confident that my client and I are in good hands. In addition, I along with the legal community have observed Jon Sheldon represent some of the highest profile cases in Virginia on the appellant level with confidence and professionalism. I recommend Mr. Sheldon as counsel for any client seeking exceptional representation.

Jon Sheldon is the top authority in Northern Virginia when it comes to post-conviction remedies. As an immigration lawyer I routinely refer my clients to Mr. Sheldon and at least a few times a month I pick his brain on issues like habeas, coram nobis, or other options. He is without a doubt the top lawyer for this highly specialized area of law.