Deborah A. Wilson, Esq., is the owner of a boutique family law firm located in historic Fairfax City, Virginia. She has practiced family law for over 25 years and has earned a solid reputation as a compassionate and fair-minded attorney. An AV® rated Martindale-Hubbell attorney, she has earned the highest possible peer review rating in legal ability and ethical standards. Ms. Wilson has litigated a number of family law cases and was named 2011 Top Lawyer by Northern Virginia magazine. In 2012, she was honored to be listed in: Virginia’s Top Rated Lawyers, Washington D.C. & Baltimore’s Top Rated Lawyers, and Washington D.C.’s Women Leaders in the Law.

She has served on the Virginia State Bar (“VSB”) Disciplinary Board; VSB Professionalism Faculty; and VSB Judicial Nomination Committee. She served as a Fairfax County Circuit Court Commissioner in Chancery and currently serves as a Court Conciliator for the Fairfax County Juvenile & Domestic Relations General District Court. Ms. Wilson is a graduate of Georgetown University Law Center.

Deborah A. Wilson, Attorney at Law 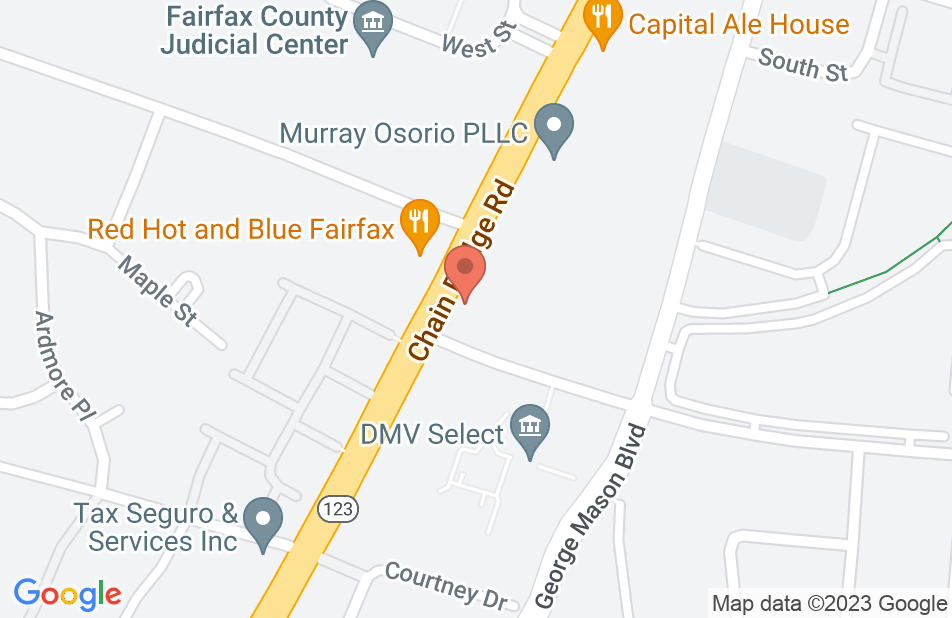 I really appreciate Deborah Wilson. I can trust her to give, good, easy to understand, practical advice. Divorce is not over once the papers are signed if there are children involved. Deborah handled my original divorce and settlement - but over the past five years she has helped me with child support payments and education support payments that my ex-husband was refusing to pay eventhough it was in the separation agreement. This is so helpful to have someone that you can trust -and remembers your name once you walk out the courthouse. I am extremely grateful to have Deborah to provide advice and practical wisdom - and she has helped several friends through their divorces. Divorce is so scary - and wading through all the issues is hard. You want someone you can trust!
Deborah Johnson Wilson's response: Thank you for sharing your experience with my firm. It was an honor to serve you and I am pleased to know that matters were resolved to your satisfaction. Warm regards, Deborah

Ms. Wilson has my absolute highest endorsement. Ms. Wilson is one of the most capable divorce attorneys in the Commonwealth of Virginia. She is also the most honest and fair attorney that I have ever had the pleasure of meeting. She is kind and thoughtful, while at the same time, a no-nonsense trial attorney. She is absolutely who you want on your side when the chips are down and someone that I would not hesitate to contact if I were in need of her services. I don't know that I have ever met a more honest person in my life, much less, an attorney. I simply cannot say enough good and positive things about her as an attorney, and as a person. She has my highest endorsement.

Deborah is a very knowledgeable family law attorney. I endorse this lawyer.

I endorse this lawyer. Deborah is an excellent attorney. She is always well prepared, astute, and knowledgable of both the law and the facts of her case. Despite the complexity of a matter, Deborah always remains calm and professional.

James Wilson, Divorce and separation Attorney on May 9, 2015
Relationship: Fellow lawyer in community

I endorse this lawyer. She makes thoughtful, intelligent contributions to the Avvo forums.

Howard Lewis, Divorce and separation Attorney on May 9, 2015
Relationship: Fellow lawyer in community

I endorse this lawyer. Attorney Wilson is one of the finest attorneys in her state, I highly recommend her legal services.

I endorse this lawyer. I have known Deborah for 2 decades and she does great work for clients.

Jennifer Babounakis, Divorce and separation Attorney on Feb 13, 2015
Relationship: Worked together on matter

I endorse this lawyer. We have worked well together on difficult family law issues. She will help find creative solutions that can help families reach resolution.

Responsible and respected member of the legal community.

I endorse this lawyer. Attorney Wilson is a zealous advocate who consistently generates exceptional results for her clients. Additionally, her Avvo responses show her to be both intelligent and well-respected. I would recommend her to anyone looking for an exceptional family law attorney.

I endorse this lawyer. She contributes high quality responses to Avvo questions in the area of family law. She knows the law and how to use it to her client's benefit.

Jason Pietryga, DUI and DWI Attorney on May 1, 2014
Relationship: Fellow lawyer in community

I endorse this lawyer. Ms. Wilson is a skilled and effective family law practitioner in the legal community.

I endorse this lawyer. An outstanding and well respected attorney in the legal community. I would recommend her wholeheartedly to annyone needing legal representation.

One of, if not the best, divorce attorneys in Virginia. Hard-working, meticulous, dedicated advocate who never backs down and is always fighting for her clients. I endorse this lawyer.